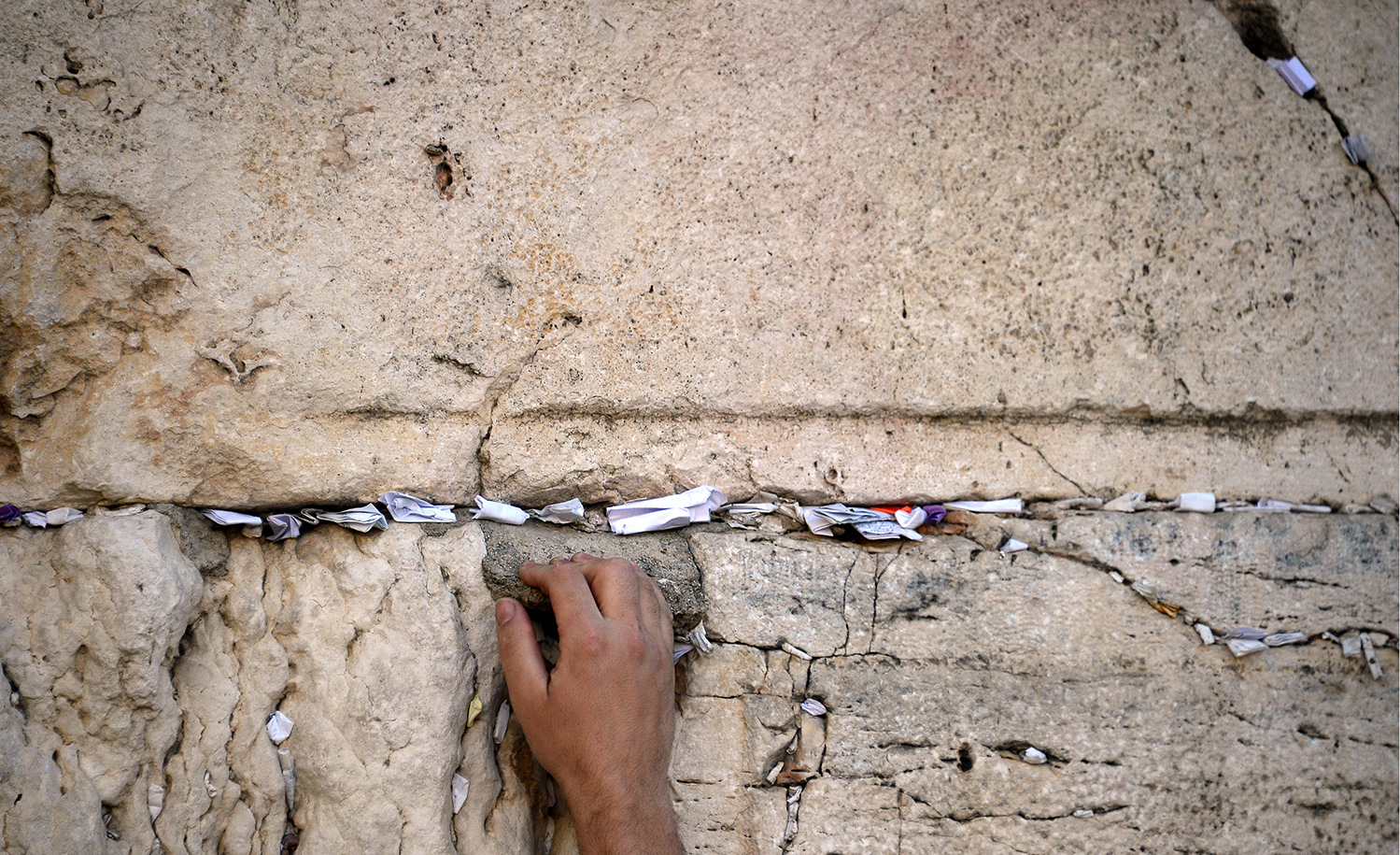 The Western Wall in April 2018. Sergey OrlovTASS via Getty Images.

The closest literal translation of ḥol ha-mo’ed, the Hebrew term for the intermediate days of Passover (and of Sukkot) that we now are in, would be something like “the non-holy time of the holiday.” The biblical mo’ed or “appointed time” of Passover, to use the Bible’s term for a special day or series of days in the year, has two mikra’ei kodesh or “sacred convocations,” one on its first day and one on its last; on them, special sacrifices are offered and no work is to be performed. Between them, the Bible mandates five other days of an indeterminate nature. Although they, too, are part of the holiday—“seven days thou shalt eat no leaven,” the Israelites are commanded by Moses—nothing is said about how, apart from that, they are to be observed.

These days have no name in the Bible. In the Mishnah, the earlier part of the Talmud, they are simply called mo’ed, while the brief tractate in which their rules are discussed is called Mo’ed Katan, “the lesser mo’ed.” But although the term ḥol ha-mo’ed is medieval and does not appear in talmudic literature, the grammatically variant form of ḥulo shel mo’ed, also meaning “the ḥol of the mo’ed,” is found in a number of places, and ḥol itself is a biblical word. It occurs, for example, in Leviticus 10:10, where the high priest Aaron and his sons are enjoined from entering the Tabernacle in a state of intoxication because there is a need to distinguish between the holy (ha-kodesh) and the non-holy or profane (ha-ḥol). (It might be noted in this context that our word “profane” comes from Latin profanus, which derives from pro fanum, “before [or outside of] a temple”—that is, that which is not on sacred grounds.)

What ḥol means in the Bible is clear enough, even if the rabbis had to labor to work out its implications. Why it means what it does, though, is something else. Like most Hebrew nouns, ḥol has a verbal root behind it and this root appears to be ḥalal. I say “appears to be” because an actual verb ḥalal is not found in Hebrew, neither in the Bible nor later on. Its existence has to be assumed from the many words that, taken as a group, could not have been formed from anything else—and although a single Hebrew verbal root can typically throw off a wide range of verbs and nouns, few are responsible for as dizzying a variety of them as is ḥalal. Consider the following list of such words:

Ḥalal – a person killed in battle.

Ḥulya – a link in a chain, a shaft, a spinal vertebra.

Ḥalal – a specific space or space in general. (In contemporary Hebrew, a ḥalalit is a spaceship.)

Ḥilḥel – to penetrate, to seep into.

When one examines this list closely, however, its bewildering profusion divides into two categories. The first consists of words with meanings (something not holy, to desecrate, ordinary or everyday, secular) having to do with the distinction between the sacred and the profane. The second category includes words denoting things, states, or concepts (window, hollow, flute, space, shaft, rectum, honeycomb, to penetrate) involving holes, cavities, or vacuity of some kind. The one word on the list that at first glance evades both categories is ḥalal, a person killed in battle. But when one reflects on the fact that in warfare, and especially in ancient warfare, killing the enemy is a matter of making holes in him, whether with swords, spears, or bullets, the noun ḥalal clearly falls into Category 2. Indeed, it is probably the best clue to the meaning of the conjectured verb ḥalal, which must have been to puncture or perforate.

Why should a verb originally meaning to puncture have produced words relating to the non-holy and the ordinary? For the same reason, I would submit, that there is an ancient linguistic connection between the English words “holy” (old English halig) and “whole” (old English hal). What is holy is complete and numinous; it has an overflowing plenitude; it is surrounded by a field of divine energy that can be dangerous to approach or come in contact with. This danger may cause contact with it to be forbidden, which is why the forbidden and the holy are often conjoined, as they are in another biblical verse in Leviticus, “”But anything that is forbidden by being consecrated to God [kol ḥerem asher yaḥarim ish la’adonai], . . . every such banned thing [ḥerem] is the holiest of holies [kodesh kodashim].”

This is why in Arabic ḥerem’s cognate of ḥaram means both forbidden and holy. The same Arabic speaker who says “Ḥaram!”—“That’s not allowed” or “You mustn’t”—to a misbehaving child will speak of the Masjid el-Haram, the Holy Mosque of Mecca, or the Haram esh-Sharif, the “Noble Haram” of the Temple Mount in Jerusalem. And it is also why the Muslim version of kosher food is known as ḥalal, a cognate of ḥol that means “permitted.” Halal food is food that is not forbidden.

Similarly, the ḥol of ḥol ha-mo’ed is the span of days in which much of what is forbidden on the mikra’ei kodesh is permitted. The latter’s holiness has been marred, punctured and drained of its sacred plenitude. It is as empty of the sacred as a window is empty of the walls that surround it or as pure space is empty of all objects. It shares much with the ordinary and everyday, even though it is still part of the holiday.