In wake of the tragedy in Surfside, a distinguished theologian joins us to explain what Jewish tradition teaches about human suffering. 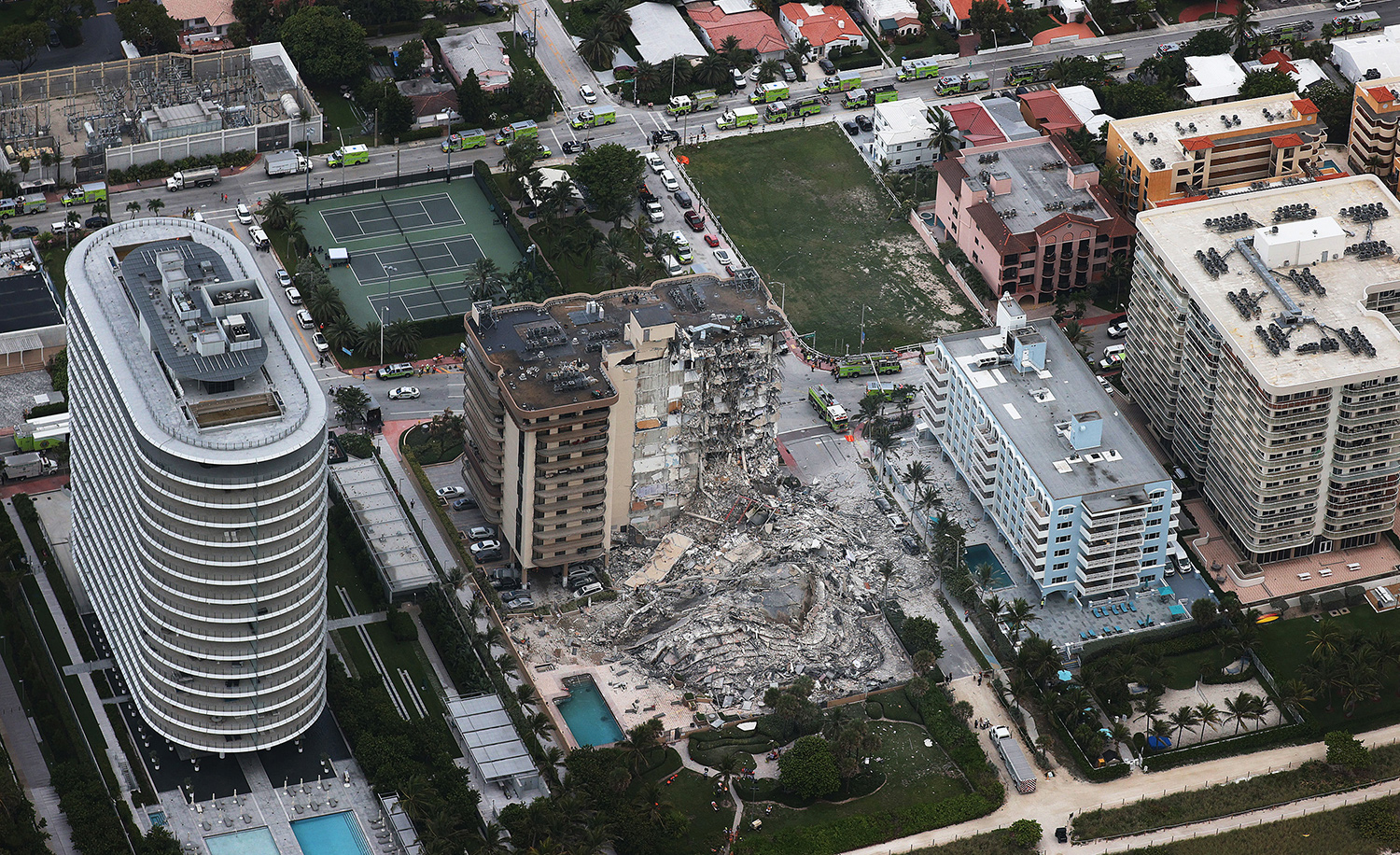 Observation
Shalom Carmy and Tikvah Podcast at Mosaic
About the authors

On June 24, 2021, in the middle of the night, part of a 12-story condominium building in the Miami suburb of Surfside, Florida suddenly collapsed. Thus far, eighteen people are confirmed dead and 145 remain missing as rescue operations continue. Like other natural disasters, the tragedy in Surfside was a loss of innocent life that, for believers in a just God, seems completely disconnected from notions of justice, reward, and punishment.

Why is there suffering? How should Jews understand a world laden with it, while still trying to connect to a loving and benevolent God? On this week’s podcast, the theologian and rabbi Shalom Carmy, a professor of Jewish philosophy at Yeshiva University and, until 2019, the longtime editor of Tradition, the theological journal of the Rabbinical Council of America, joins Mosaic’s editor Jonathan Silver. Carmy guides listeners through Jewish ways of thinking about suffering, in part by referring to an essay by Rabbi Joseph B. Soloveitchik, “Aninut and Avelut.”

For many people as they contemplate their mortality, the idea of living on in some way in the minds and commitments of other people is important. This is certainly true of non-theistic societies as well. For Jews in particular, the idea of being triumphant, of Abraham’s legacy continuing through his children and grandchildren, that worked to a tee. That’s the way people are and I think that’s the way people should be. We don’t exist purely as individuals who have our 70 or 80 years of pleasure and pain in this world and we just return our ticket and go back to the earth; we are part of an ongoing process, an ongoing relationship.

One point I would elaborate on more, which I think may be a problem for people, is the difference between a problem and a mystery. You have a problem, the way to resolve it is to find a solution. It was said about a certain statesman that he had two baskets next to his desk. On the right hand side he had problems, on the left hand side he had solutions, and he sincerely believed that if he picked a problem out of the problem basket and he went through the solution basket, there would be one that would fit. He had great successes and failures in this life, but his mentality is “I want to get things done and I want to see if I have a solution to this problem or not.” Many of us are that way. We think a problem wants a solution. There’s pain, you want it to go away. You have a headache, you don’t want to philosophize about it.

With a mystery, thinking about it does not make the issue go away. It may give you a deeper understanding, but it will not remove the issue. Very often modern people think of life as a series of problems, each of which has a solution. The solution may be a religious solution. They’ll say, “well the reason this is happening to me is because I don’t spend enough time on Friday preparing for Shabbat or I don’t observe Shabbat at all, and now if I press the right button, everything goes back to where it was before.”