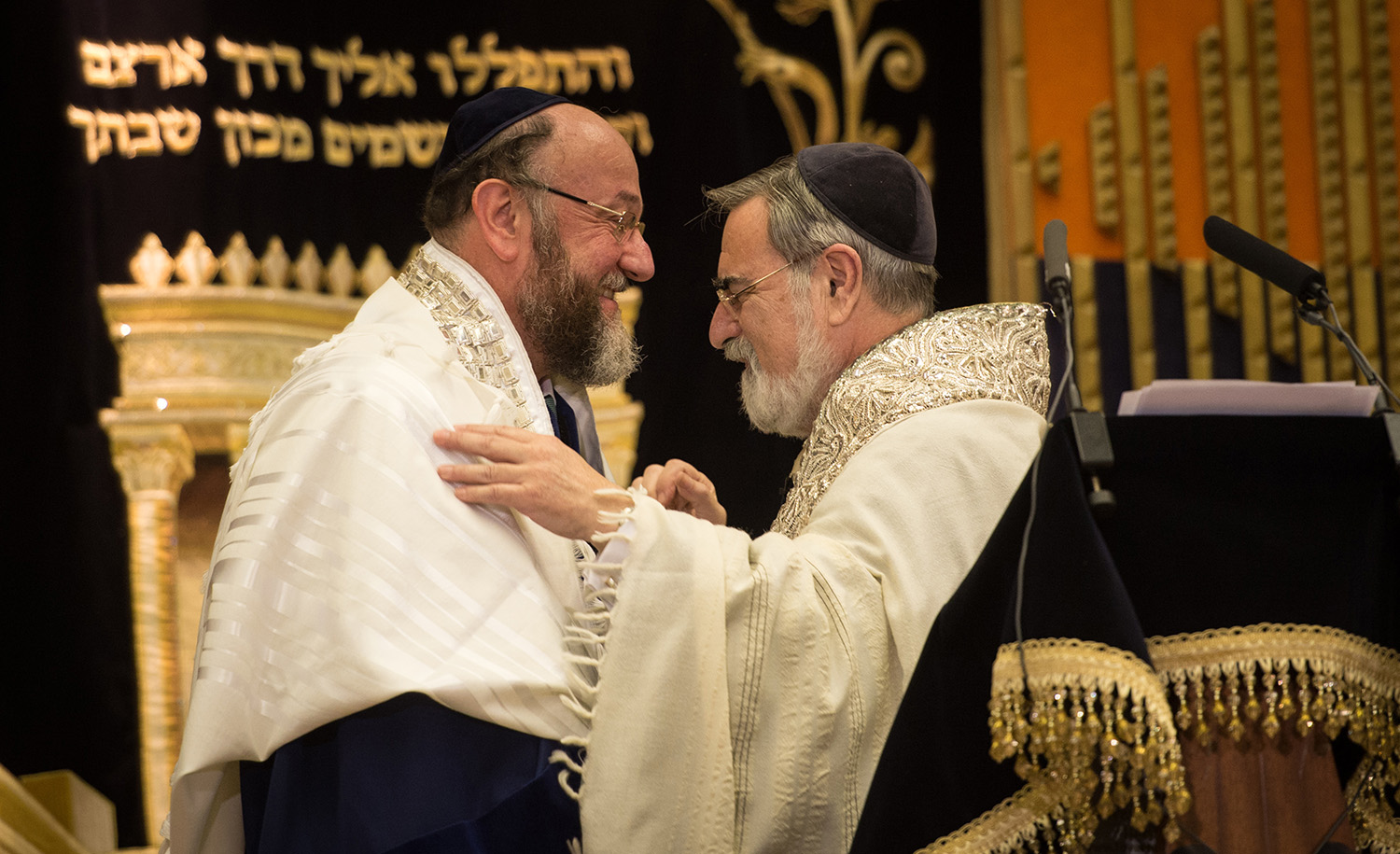 Rabbi Lord Jonathan Sacks, right, congratulates Ephraim Mirvis, his successor as chief rabbi of the United Hebrew Congregations of the UK and the Commonwealth, during a ceremony at the St. John’s Wood Synagogue in north London on September 1, 2013. STEFAN ROUSSEAU/AFP via Getty Images.

All religious denominations are subject to the forces of schism and disharmony, with parties uniting and dividing around controversies of belief and observance. Among Jewish denominations, Modern Orthodoxy in particular is marked out by a high frequency of ideological disputes that tear at its fabric. The latest Modern Orthodox controversy erupted last June, when the London School of Jewish Studies, an Orthodox-affiliated college, announced that one of its teachers would no longer serve there after she completed a s’mikhah (rabbinical ordination) course in the U.S. The basis for this decision was a ruling made a few years earlier by Ephraim Mirvis, the UK’s chief rabbi, that rabbinic ordination for women was a practice that lay outside the boundaries of Orthodoxy. In response to the LSJS’s decision, a wave of denunciations followed, accusing the college and the chief rabbi of marginalizing women and alienating them from Judaism. And in response to that, the college rescinded its decision, not giving any clear reason beyond having had time to “re-examine what it means to be dually a religious institution guided by the chief rabbi and also an academic institution, upholding its academic freedom.” Thus the teacher was reinstated, and the dispute finally blown over.