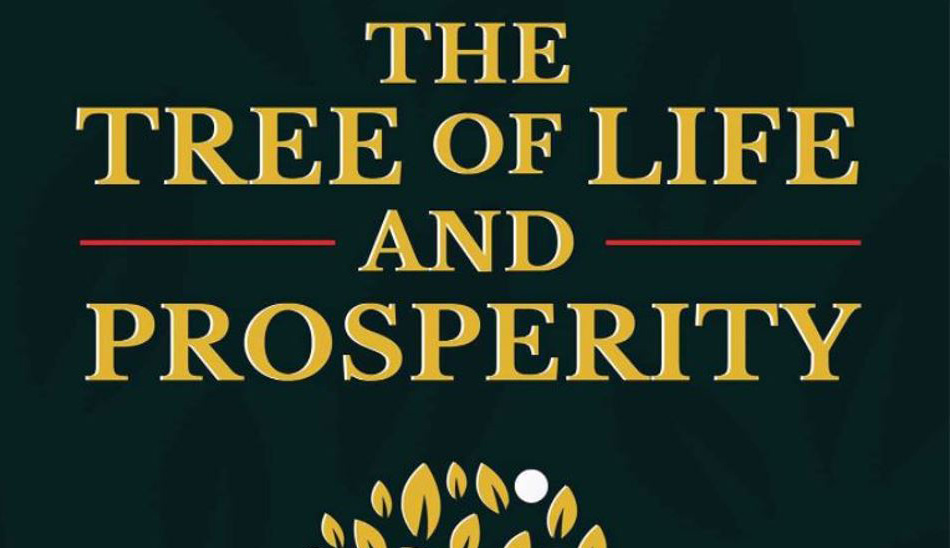 From The Tree of Life and Prosperity: 21st Century Business Principles from the Book of Genesis by Michael Eisenberg. Simon and Schuster.

It’s often thought that the Hebrew Bible focuses on the human capacity for good rather than on urging prosperity; that, in other words, trade and markets―areas where rational actors seek to maximize their self-interest―are distinct from ethical conduct and moral behavior. But that distinction, argues the author of a new commentary on the book of Genesis, is a false one.

To the Israeli venture capitalist and author Michael Eisenberg, Genesis and the rest of the Hebrew Bible can shape, channel, and propel the natural desire humans have to create wealth. It can help them engage in business not for the sake of greed but to establish a society of opportunity, one that recognizes the human dignity of all. Here he joins Mosaic‘s editor Jonathan Silver to discuss how his extensive investment experience and study of Hebrew scripture helped him think theologically about labor, wealth, credit, debt, and more.

Part of the job of the Torah, of the Hebrew Bible, is to contain some of our impulses. The Torah moderates sexual activity. It doesn’t say “stop having children,” it moderates it, or channels it to certain times of the month or certain kinds of relationships, and I think the same thing is true economically. The Torah understands that man has impulses, what you refer to as “rapacious” behavior, and you need those. If there were no sexual drive we’d have no children; if there were no economic drive to make money we’d have no forward progress. The question is how do we channel that, how do we moderate that so it gets to the right point of equilibrium. What we have now is in many cases we’re out of equilibrium, so therefore everyone is fighting over what they view as a scarce or limited resource, and we have these conversations about distribution. Nobody believes any more that you can grow the pie. Why? Because we don’t trust anyone. Because we don’t have a long enough time horizon. Because we’re trained on the here and now, rather than tomorrow with our children and grandchildren.

I think that’s the job of the Torah, of the Hebrew Bible, and the lessons I’m trying to bring out in this book. We can think about all of this entirely differently. And, by the way, this is capitalist. We should want to make as much money as possible; that’s good, and we should want to use that money to empower other people because it grows the pie. And we should want to create products that have long-term benefits for society because that grows the pie and grows the economy. When we take advantage of people in the near term, it’s hurting our own self-interest. We may not feel it now, but we will feel it and our kids will feel it.