A new edition of the Hebrew Bible edited by the late Jonathan Sacks Hebraizes its names in a way that bibles almost never do. Why, and what’s at stake? 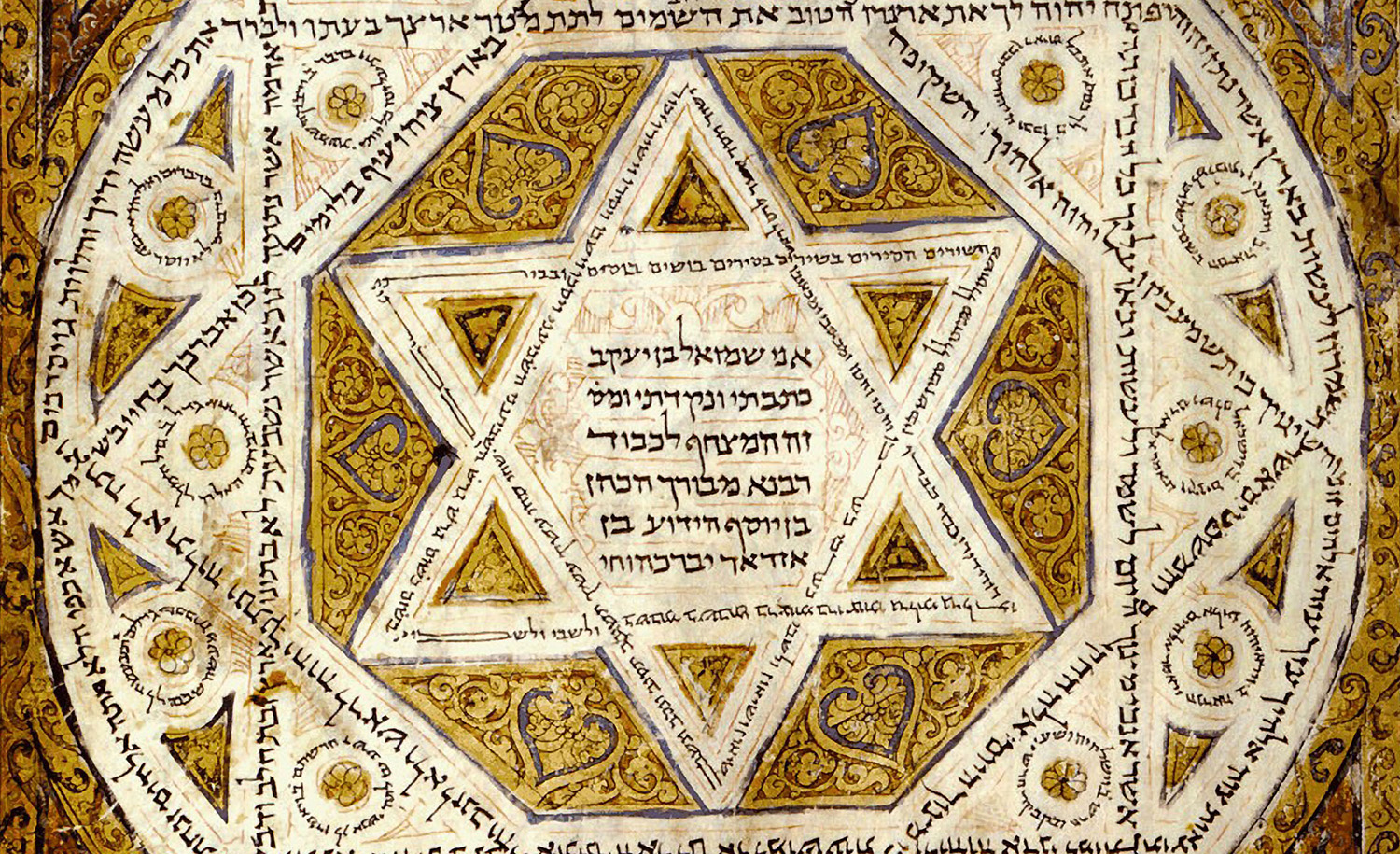 A carpet page of the Leningrad Codex, the oldest complete Hebrew Bible.

“Then the Lord said to Moshe, ‘Reach out your hand toward the sky to bring darkness down over Egypt—darkness so deep it can be felt.’ Moshe reached out his hand toward the sky, and all across Egypt it was pitch dark for three days. . . . But the Lord strengthened Pharaoh’s heart, and he would not agree to send the people forth. ‘Leave my presence,’ said Pharaoh. ‘Take care never to see my face again, because on the day you do, that day you will die!’ Moshe replied, ‘As you say: I will not see your face again.’” (Exodus 10:21-29.)

Quoted from The Koren Tanakh, a new English Bible translation with facing Hebrew and English texts put out by Koren Publishers of Jerusalem, this should be a familiar passage. It comes from the Torah portion of Bo that was read in synagogue this past Sabbath, and it was translated, as was the rest of the Pentateuch or Five Books of Moses, by the late Jonathan Sacks, chief rabbi of the British Commonwealth’s United Hebrew Congregations and The Koren Tanakh’s editor-in-chief. Why, then, does it sound so strange to us?

Two things make it so. One is the English text’s use of the Hebrew form of Moses’s name, Moshe. The Hebraization of English biblical names, such as Yehoshua instead of Joshua, Shmuel instead of Samuel, Yirmeyahu instead of Jeremiah, and so on, is consistent throughout the Koren Bible and was clearly a policy decided on in advance by its team of translators and scholars. This approach is reflected in its title, too: not a Bible but a Tanakh, the common Hebrew word for “Bible” that is not originally even a word, being an acronym of Torah, N’vi’im, and K’tuvim, the Hebrew Bible’s three parts. (These are: the Five Books of Moses, the Prophets, and the Writings.)

On the face of it, such a policy is readily defensible. It is an accepted principle of translation that names, unlike the words that surround them, retain their original forms. We would not want a translator of Tolstoy’s War and Peace to refer to Prince Andrei as “Prince Andrew,” nor a translator of Dante’s Inferno to call Paolo and Francesca “Paul” and “Frances.” No doubt this is because we do not translate names in real life, either. If I speak English with an Italian named Giuseppe, I will not address him as “Joseph.” Though I expect him to understand that when I say “table” I mean a tavola and that by “chair” I mean a sedia, I do not expect that if I say “Hey, Joseph,” he will know I am referring to him. Our names are our identities. They are not translatable.

Yet to this rule, the Bible has always been an exception. The Yosef of the Hebrew book of Genesis does not retain his name in the Bibles of other languages. He is Joseph in the English Bible, Giuseppe in the Italian Bible, José in the Spanish Bible, Józef in the Polish Bible, Juozapas in the Lithuanian Bible, and so on. And the reason for this is obvious. So deeply embedded are the Hebrew Bible and its stories in the literature and culture of the world’s nations, especially the Christian ones, that its readers have often not even thought of it as a translated book at all. Many a simple and devout Englishman, reading the Bible in its King James Version, has unthinkingly assumed that it was composed in his native language, and the same has held true for Christian believers everywhere. As far as they have been concerned, the Bible, its “Old Testament” no less than its New, is their book, God’s word written for them and addressed to them. A Joseph called Yosef would not be theirs in the same way that a Joseph called Joseph, José, or Juozapas is.

The Koren Tanakh is not the first English Bible translation to call Yosef Yosef and Moshe Moshe. Before it, this was done by Everett Fox, a professor of biblical studies at Clark University, in his The Five Books of Moses, whose Genesis and Exodus appeared in 1990. Fox’s translation, however, never had much of a readership. The formidable reputation of Jonathan Sacks’s Koren Publishers established position in the world of Jewish religious books, and The Koren Tanakh’s bilingual text, a valuable asset for many who wish to follow the Bible in Hebrew but have difficulty, will guarantee it a wider audience.

This audience, however, is likely to be a purely Jewish one. In its title and in every one of the hundreds of names that appear in its pages, The Koren Tanakh proclaims that the Hebrew Bible, even in English translation, is a Jewish book. “Make no mistake about it,” it says to the English reader who is not Jewish. “Just as Moshe is Moses’s real name and one used only by Jews, so the Bible is ours and not yours—or at least (for we do not wish to discourage you from reading it), it is ours far more than it is yours.”

From a commercial point of view, this may make sense: there are so many English Bible translations in circulation that any publisher of a new one will want to look for a niche market, and English-speaking Jews constitute a large niche. In a wider perspective, though, it raises some difficult questions. We Jews gave the Bible to the world; do we now want to take it back again? And since that isn’t possible, do we want to say to the world, as does The Koren Tanakh: “Look, we understand that you’re attached to the Bible, too—but don’t think it can ever belong to you in the way it does to us.”

One might quite reasonably point out that this is how Jews have felt about the Bible all along. One might also point out that most of us, whether we agreed or not, would not be unduly upset to be told by a Russian speaker: “I don’t dispute your ability to appreciate and understand War and Peace in an English translation, but you must realize that it’s a Russian novel with Russian characters like Prince Andrei and that only a Russian can experience it fully.” Yet War and Peace has never meant even to its greatest English-speaking admirers what the Bible has to ordinary speakers of English through the ages. How upset, if at all, by The Koren Tanakh should they be?

My next column will deal with the second of the two things that make The Koren Tanakh seem strange at first glance.