Why English-Speaking Jews Call It "Passover" Rather Than "Pesah"

One never hears Jews speak among themselves of Sukkot as the holiday of Booths, or of Rosh Hashanah as New Year’s Day. Why the difference? 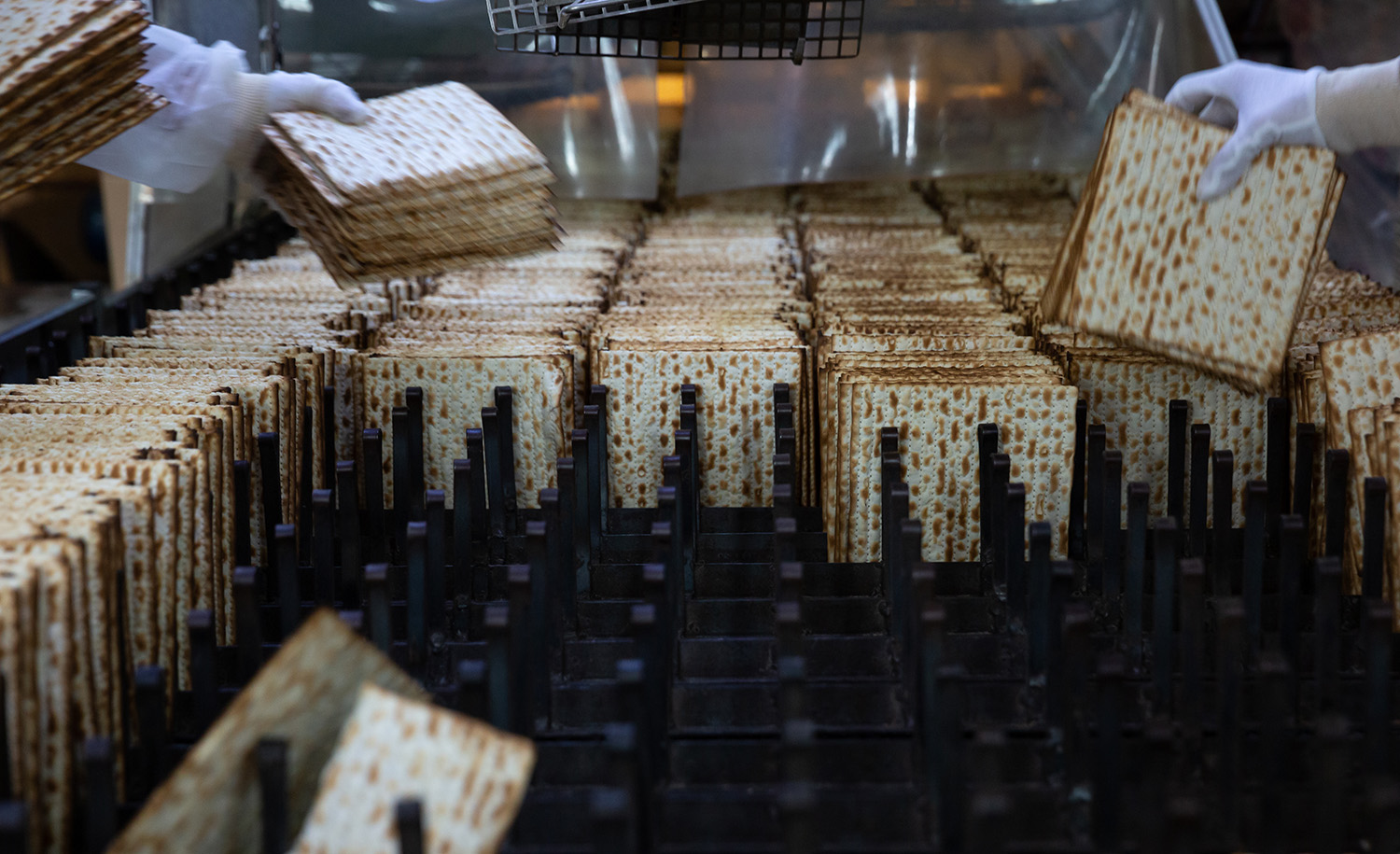 It is a curious fact that, when referring to their holidays, Jewish speakers of English commonly use a native English term only for one of them—namely, Passover. One almost never hears Jews speak among themselves of Sukkot (or Sukkes, if they prefer the Ashkenazi pronunciation) as the holiday of Tabernacles or Booths, or of Shavuot (or Shavues) as Pentecost. Yom Kippur is Yom Kippur, not the Day of Atonement, and Rosh Hashanah is Rosh Hashanah, never New Year’s Day. We say “Purim,” “Hanukkah,” and “Simḥat Torah” (or “Simkhes Torah”), not “the Feast of Esther,” “the Feast of Lights,” or “the Rejoicing of the Law.” Passover is the exception.

Of course, English-speaking Jews also commonly call Passover by its Hebrew name of Pesaḥ, and as a rule of thumb, the more observant they are, the more likely they are to do so. But even coming from a ḥaredi Jew, “Passover” would not seem very odd, while “Tabernacles” or “Booths” would seem so even from a Reform Jew. And were one to try explaining this by saying, “But Tabernacles or Booths sounds ridiculous, whereas Passover sounds perfectly natural,” one would be begging the question. It sounds natural because we’re used to it. Suppose we were suddenly required to call Passover “Skipover”: would that sound any less outlandish than Booths?

A second explanation makes more sense—namely, that “Passover” and “Pesaḥ” have the same initial consonants, so that the English term has struck Jews as a better match for the Hebrew one than have the English terms for the other holidays. This may be some truth in this. Yet even if there is, it is only part of the story—and the weightier part has more to do with the history of Christian Bible translation than with Jews.

The coiner of the term “Passover” was the English Bible translator William Tyndale (1494-1536), who regularly used it for the many appearances of pesaḥ in the Five Books of Moses. Tyndale was an early partisan of the Reformation who left England, then still a Catholic country, in 1524 for Protestant regions of Germany and Flanders, where he translated the New Testament and sections of the Old. (The remainder was finished by successors after his death.) A fierce critic of the papacy, he published his translation of the Pentateuch in 1530, 80 years before the King James Version and a century-and-a-half after the 14th-century Bible of his English predecessor John Wycliffe. In 1535 he was abducted by Catholics from his residence in Antwerp, tried and convicted on charges of heresy, and executed by strangulation at the stake.

The Hebrew word pesaḥ, a noun formed from the verb pasaḥ, to pass or skip over, occurs for the first time in the Bible in Chapter 12 of Exodus, in which God instructs the Israelites how to leave Egypt. Here, is Tyndale’s version of Exodus 12:11, which deals with the lamb each family is to slaughter and eat before setting out:

In this manner shall ye eat it: with your loins girded, and shoes on your feet, and your staves in your hands. And ye shall eat it in haste, for it the Lord’s passover [pesaḥ], for I will go about in the land of Egypt this same night, and will smite all the firstborn in the land of Egypt. . . . And the blood [of the lamb] shall be unto you a token upon the houses wherein ye are, for when I see the blood, I will pass over you [u’fasaḥti aleikehm].

One of the features of Tyndale’s translation is its marginal notes. In the margin beside “passover,” he wrote:

The lamb was called passover that the very name itself should put them [the Israelites] in remembrance of what it signified. For the signs that God ordained either signified the benefits done, or promises to come, and were not dumb as are the signs of our dumb god the pope.

This calls for comment. What “dumb signs” of the pope, mocked by Tyndale as a “dumb god,” was he talking about?

A second marginal note, this one to verse 12:22, helps clarify things. The verse itself reads, in Tyndale’s translation:

And take a bunch of hyssop, and dip it in the blood [of the slaughtered lamb] that is in the basin, and strike it upon the upper posts and the two side posts [of your house].

Associating the basin containing the lamb’s blood with the basin or font used in the Catholic rite of infant baptism, which Protestants considered meaningless, Tyndale remarked in the margin:

Our signs be dumb, we know not the reason of our baptism; yes, and we must say our prayers and our belief in a tongue we understand not.

Let us unpack this. Tyndale was using the word “dumb” in its double sense of “stupid” or “senseless” and of “unable to speak” or “not signifying anything,” and he was saying two things: 1) Unlike the rituals of the Bible, such as the yearly eating of the Passover lamb, in which the signifier (the slaughtered lamb) points directly to the signified (God’s deliverance of the Israelites from Egypt), the rituals of Catholicism, such as infant baptism, have no such logic; and 2) the Catholic church seeks to hide the senselessness of its rites by conducting and expounding them in a language, Latin, that few Catholics understand. If Catholics could read the Bible for themselves, they would realize that the Church has deceived them—which is why the Church opposes Bible translation and condemns it as heretical.

All this has a specific bearing on the translation of pesaḥ. When Tyndale came to it, he had before him two precedents, Jerome’s 5th-century Latin Vulgate used by the Catholic Church and the Wycliffe Bible that the Church had suppressed. Let us look at how each translates Exodus 12:11. First, the Vulgate:

This is no different from Tyndale’s translation except that instead of Tyndale’s “for it is the Lord’s passover” the Vulgate has “for it is phase, that is, the passage of the Lord.” Phase is the Vulgate’s rather clumsy transliteration of pesaḥ, as Latin lacks guttural phonemes like the Hebrew ḥet or ḥ. But whereas for this, the word’s first appearance in the Bible, the Vulgate adds the explanatory “that is, the passage of the Lord,” it gives us phase by itself in all the other places where pesaḥ occurs, without the explanatory phrase. Thus, for example, its translation of “the Children of Israel . . . kept the pesaḥ” in Joshua 10:5 is simply filii Israhel . . . fecerunt phase.” From Tyndale’s point of view, the unexplained phase of the Catholic Bible is a “dumb sign,” a word without meaning.

Wycliffe did the same thing, following the Vulgate. His Exodus 12:11 has “. . . and ye shall eat it hastily, for it is pask, that is, the passing of the Lord.” “Pask” is Wycliffe’s version of the Vulgate’s phase, a transliteration of pesaḥ based on the Greek pascha, and henceforth he, too, uses it without explanation. His Joshua 5:10 is, “And the sons of Israel . . . made pask.” Pask is thus another “dumb sign”—this time in English.

One might speculate why Jerome and Wycliffe did not bother, like Tyndale, to seek a non-Hebrew equivalents for pesaḥ. Most likely this was because none was readily available and they did not want to invent a new word, which Tyndale had no qualms about doing. In this, he was ideologically driven. He did not want a single word of the Bible to be incomprehensible to its readers. The King James Version, which was greatly influenced by Tyndale’s Bible, clearly stated this outlook in a preface entitled “The Translators to the Reader.” Referring to the Douay-Rheims Bible, a Catholic English translation that appeared shortly before it did, it declared:

We have shunned the obscurity of the Papists, in their Azimes, Tunike, Holocaust, Praepuce, Pasche, and a number of such like, whereof their late Translation is full, and that of purpose to darken the sense, that since they must needs translate the Bible, yet by the language thereof, it may be kept from being understood. But we desire that the Scripture may speak like itself, as in the language of Canaan, that it may be understood even of the very vulgar.

In a word, according to the King James, even when Catholics translate the Bible, they seek to keep its meaning obscure. Some of these Greek- and Latin-derived words used by the Douay-Rheims and objected to by the King James, such as “tunic” and “holocaust,” are no longer exotic; others, such as “azimes” (unleavened bread) and “praepuce” (foreskin), still are. The principal, however, is clear, and it led the King James to adopt Tyndale’s use of “passover”—a word that, though newly invented, no English reader would have had any trouble with. And because the King James Bible became a household book and “passover” also occurs in the New Testament, most notably in connection with the Last Supper, it came to be a term familiar to most English speakers in England and America at a time when Jews in those countries were still a rarity.

And so when, in the 19th century, Jews began arriving on English-speaking shores in large numbers, spoken English already had a word for Pesaḥ. Consequently, “Passover” was used by the American Orthodox rabbi Isaac Leeser in his 1845 translation of the Pentateuch, the first distinctly Jewish English Bible; was adopted up by other Jewish Bible translations, such as the influential 1917 Jewish Publication Society Bible; and eventually came to be thought of as virtually a Jewish word. And in a sense it has become one (Jews certainly use it more than do Christians), though it owes its origins to the Protestant Reformation.

Why English-Speaking Jews Call It "Passover" Rather Than "Pesah"