Podcast: Jon Levenson on the Moral Force of the Book of Ruth

This week’s podcast guest uncovers the many layers to the biblical book that Jews traditionally read on the upcoming holiday of Shavuot. 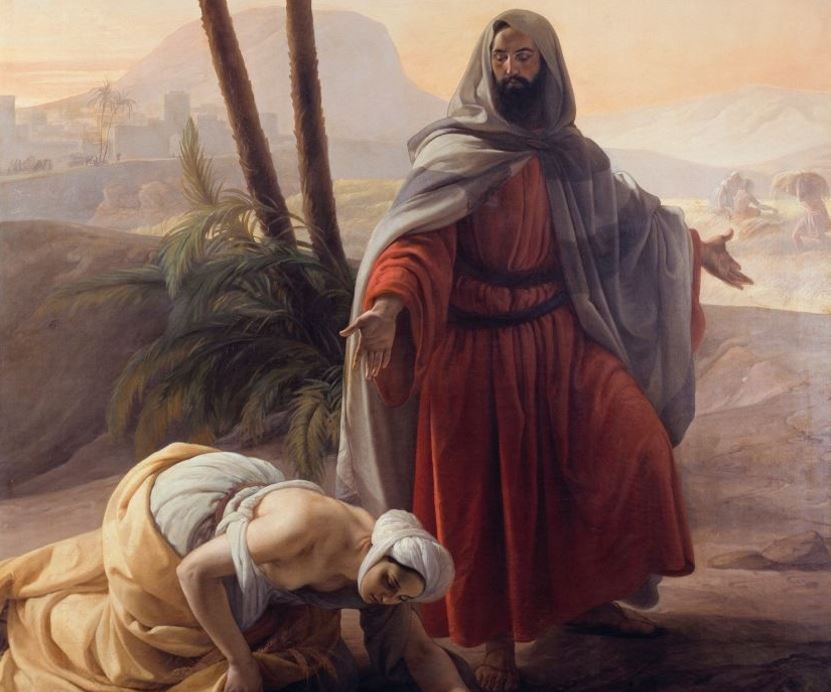 Observation
Jon Levenson and Tikvah Podcast at Mosaic
About the authors

Beginning Saturday night, the Jewish people will celebrate the holiday of Shavuot. During the festival, Jews traditionally study the book of Ruth, the biblical text that tells the story of a non-Jewish widow who becomes the great-grandmother of King David.

To help uncover why the book of Ruth is so beloved, and to make sense of the intertextual references and literary allusions at work in it, the Harvard professor Jon Levenson joins this week’s podcast. In conversation with Mosaic’s editor Jonathan Silver, he explains how the narrative drive of Ruth moves from death to life, and reveals how its principal figures manifest the virtue of ḥesed, traditionally translated as lovingkindness, and meaning loyal devotion.

I think contemporary conversion has to be mentioned here. If you call that [Ruth’s declaration to Naomi] a conversion—again, that’s not I think accurate for the biblical context—but if you call that change a conversion, then it’s interesting that she does not convert in order to marry; she’s already converted before she’s married. She says those famous lines to Naomi before she’s ever heard of or met Boaz. In other words, it’s a totally authentic change, motivated I think by her ḥesed, her exemplary fidelity to Naomi, to the widowed, bereaved Naomi who’s lost her husband and both sons. Because she [Ruth] sticks with Naomi, in a sense, God sticks with her and she ends up sticking to and with the Jewish people and becoming a matriarch in Israel. I think that’s really one of the major themes of the story.

One other thing that needs to be mentioned is why it is that the narrator does telegraph that Ruth and Boaz are really well-matched. Here I think the vocabulary is very revealing. Boaz is called ish gibor ḥayil, which translates to a man of substance, gibor ḥayil, and then he pronounces Ruth to be eishet ḥayil, a woman of substance. Many of your listeners will recognize that latter term, eishet ḥayil, as the term that Proverbs uses to describe the ideal woman. That’s in a poem that Jewish husbands traditionally chant in honor of their wives just before the Sabbath meal on Friday night. Other than those two instances, that term, eishet ḥayil, woman of substance, worthy woman, however you want to translate it, figures only one other time in the Bible, and that’s also in Proverbs, in a verse that says a worthy woman is a crown to her husband—eishet ḥayil ateret ba’lah.

I think that that distinctive terminology suggests they really are made for each other, but there’s an obstacle. The obstacle is that she’s a foreigner. Is she going to stick with it, is she going to prove worthy, and of course she then does prove worthy and as a result she’s rewarded. But she makes her great commitment before really knowing the rewards for it. I think to the rabbis of אalmudic times that suggests how people ought to come into Judaism and how Jews who are born Jewish ought to relate to Torah, namely that na’aseh v’nishma, we commit to doing it even before we know the details. Before we learn the details, we have a very fundamental life commitment. I think that’s one way in which they saw Ruth as exemplifying the ideal convert or for that matter the ideal Jew reaccepting the Torah on Shavuot.

Podcast: Jon Levenson on the Moral Force of the Book of Ruth