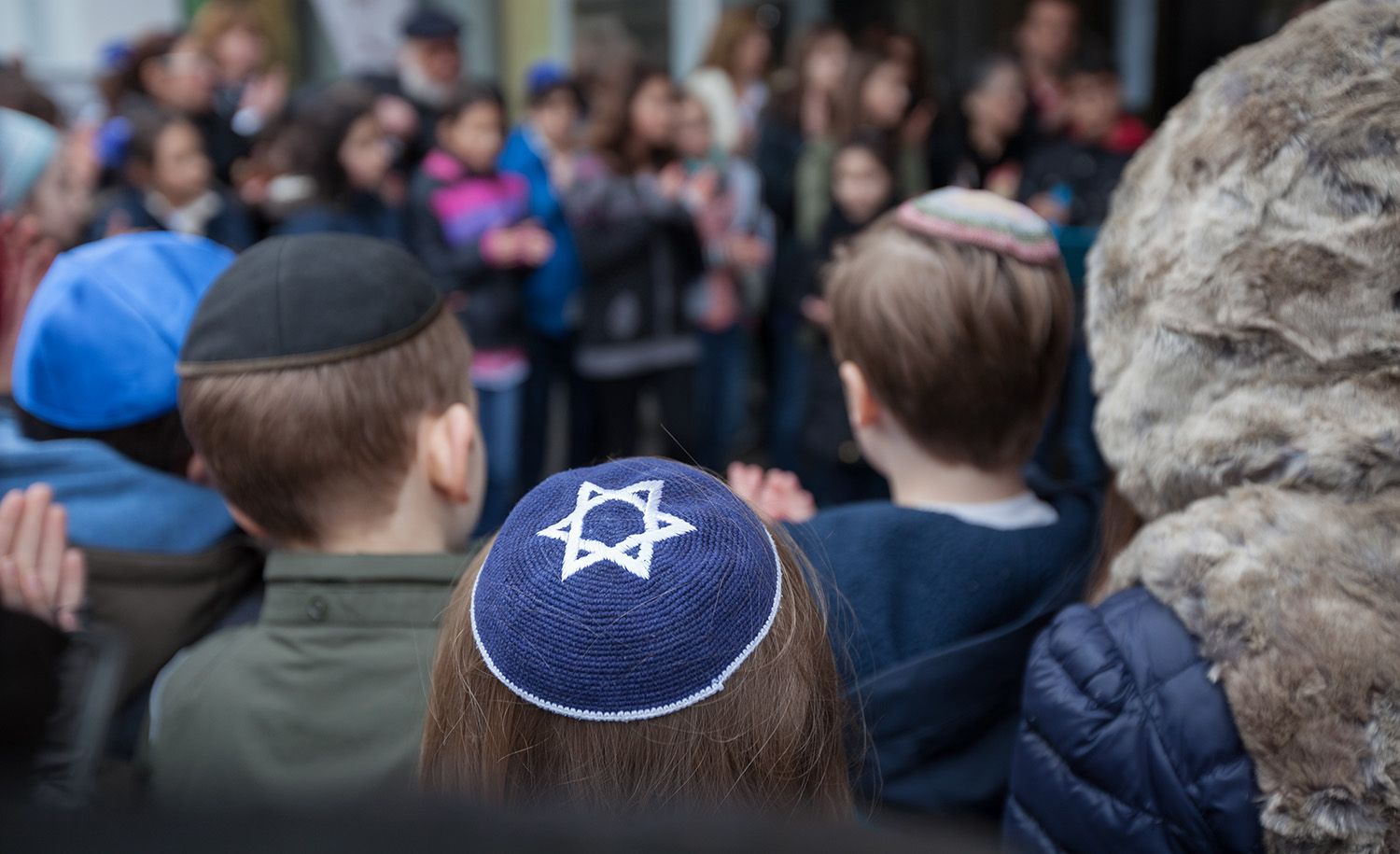 “No one seems able to explain to me why most of the Charleses in my life have the Hebrew name of Yehezkel. Any bright ideas?”

Not really. The Hebrew prophet Yeḥezkel is known in English as Ezekiel, and the only Charles I know well enough to ask about the matter wrote back in response to my query:

I’m not Yeḥezkel. I’m Shiloh, one of Judah’s children. . . . My maternal grandmother, who died before I was born, was named Celia. They wanted to name me Cecil, but cooler heads prevailed. My grandfather, who knew Hebrew, was probably the one who chose the Hebrew name.

My friend Charles’s parents’ dilemma was far from unique. A large number of English-speaking Jews have observed and still observe the custom of giving their children both Hebrew and English first names—the former for religious purposes, the latter for everyday life. Although Jewish law does not insist on Hebrew names for such rituals as being called up to the Torah, or for circumcision, wedding, and funeral ceremonies, their use on these occasions is customary. A mi she-beirakh, a blessing said in the course of the Torah reading for someone’s health or welfare, or in commemoration of an important event or milestone in a life, would sound strange if made in the name of “Gerald ben Arnold” rather than, say, “Yirmiyahu ben Avraham.”

Such double naming, one name drawn from Jewish tradition and the other from the surrounding non-Jewish culture, is an ancient Jewish practice. We first encounter it among the Hasmonean dynasty that ruled in Palestine, a country whose economic and social elite spoke Greek, prior to its becoming a Roman province in the early 1st century CE. Some of the Hasmonean rulers put their Hebrew name first, as did Judah Maccabee’s nephew Yoḥanan Hyrkanos, who was known to Gentiles as Hyrkanos and to the rabbis as Yoḥanan ha-Kohen ha-Gadol, “Yoḥanan (or John) the High Priest.” The same was true of Yoḥanan’s eldest son who briefly reigned after him, Yehuda Aristobulus, but the order was reversed in the case of his brother and successor, Alexander Yannai, whose Hebrew name—a shortening of Yonatan or Jonathan—followed his Greek one.

Jewish history has known various periods in which double naming existed in some degree, always in places in which Jews were relatively well-integrated in the non-Jewish society around them, such as convivencia Spain and Renaissance Italy. Unlike today, however, such Jewish communities in the past do not seem to have attached any importance to the two names looking or sounding alike. This was something that took root only in modern times, first in Germany and Western Europe and then in America, where the first generation of native-born Yisraels became Isidores, Irvings, and Iras; of Moshes, Morrises and Myrons; of Ḥayyims, Hymans and Harveys, and so forth.

Such a phenomenon is connected to another old Jewish tradition, that of naming children for ancestors, generally for grandparents or great-grandparents. This is a practice already commented on by the 5th-century CE midrashic compilation Breishit Rabbah. There, in a discussion of the genealogies in the book of Genesis, there is mention of a great-grandson of Noah’s being named Peleg at birth because his parents prophetically saw that in his lifetime humanity would be divided (nifl’gah) by the proliferation of languages resulting from the failed project of the Tower of Babel—in regard to which the talmudic sage Rabbi Shimon ben Gamliel is quoted as saying: “In former times, names were given according to events foreseen with the aid of the Holy Spirit, but in our own times, when the Holy Spirit is not available to us, we name after our forefathers.” Shimon ben Gamliel was himself a good example of this, because between the early 1st and 5th centuries CE there were no less than six Rabbi Gamliels, and at least two other Rabbi Shimons, all from the same prominent family.

Indeed, as long as mono-named Jewish grandchildren were named for mono-named Jewish grandparents or great-grandparents, there was no problem: if your grandfather or great-grandfather was a Gamliel, so were you. Dilemmas arose only with the spread of double naming, since non-Hebrew names went in and out of fashion, and names that were popular in one generation were no longer so in the next. (The old quip that, if American Jews had had their way, the state of Israel would have been called the state of Irving would meet with blank stares from most young American Jews today.) A baby girl in New York can still be called Bracha in Hebrew as was her great-grandmother, but her parents would hardly want to give her the English name of Bertha that Great-Grandma Bracha went by. And so, welcome to the family, Brigid!

“Bracha” may not sound much like “Brigid,” but the common perception is that the grandparent is still being honored and remembered as long as there is even a vague resemblance between the two names, such as that between the “Sh” of Shiloh and the “Ch” of Charles. Although the Hymans and Hermans were replaced long ago by the Harolds and Harrises, who have been yielding more recently to the Hunters and Hughs, the initial “H” remains. In some instances, among more traditional-minded Jews, the process has even come full-circle. Some of you may know the joke about the young couple that gave its son the name of Shlomo on his English birth certificate. “Shlomo?” asks an acquaintance. “What kind of a name is Shlomo?” “Oh,” says Shlomo’s mother, “he’s named for his grandfather Scott.”

Thus, if I had to venture a guess about Yeḥezkel, it might be that, when transliterated as Yechezkel (“ch” being commonly used to represent the guttural Hebrew consonant ḥet, which has no English equivalent), it yields the affectionate East European form of Chatskel, and that this bears a certain visual resemblance to Charles. But that’s only a speculation. Any Charleses reading this column, whether Yeḥezkels or not, are welcome to share the story of their names with us.