With the Days of Awe just on the horizon, we rebroadcast a fascinating conversation about the nature of the Jewish Orthodox community and the human capacity for change. 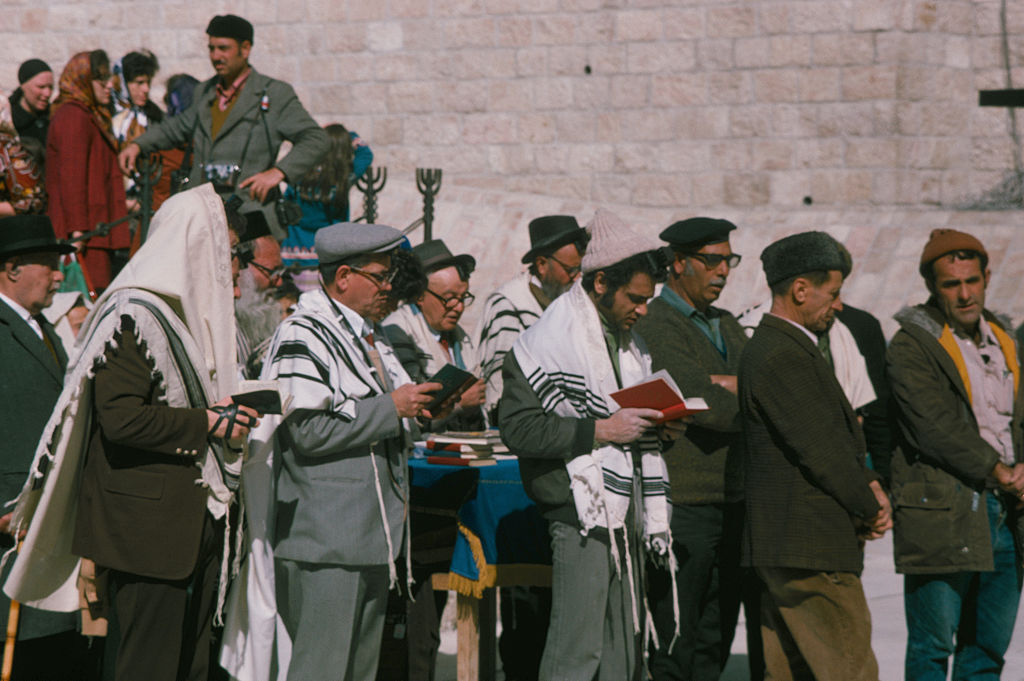 Men pray at the Western Wall in the Old City of Jerusalem, 1975. Photo by Archive Photos via Getty Images.

Observation
Gil Student and Tikvah Podcast at Mosaic
About the authors


Gil Student is an Orthodox rabbi, the editor of TorahMusings.com, and the book editor of the Orthodox Union’s Jewish Action magazine.

At this time of year, the Jewish calendar compels Jews to think about the human capacity for personal change, which in the Jewish view is made possible by God. The ability for humans to undertake t’shuvah, repentance, is a subset of that capacity that rises to the fore of this week’s podcast conversation (a rebroadcast of a 2017 episode), with the rabbi, editor, and writer Gil Student.

Student’s subject is a classic essay, published in Rolling Stone in 1977, called “Next Year in Jerusalem.” The piece is a travelogue by the critic Ellen Willis as she takes a trip to Israel to see inside the world of her brother Michael, who decided to leave behind his secular life in the United States, undertake Orthodox yeshiva study in Jerusalem, and eventually live as an observant Jew. In doing so, Ellen wrestles with the question of why her brother made the choice that he did, and then, as the attractions of Orthodox Judaism are revealed to her, whether she too should follow in his path. In conversation with Mosaic’s editor Jonathan Silver, Student walks listeners through the essay, explains why it’s still relevant today, and reflects on his own growth into greater Jewish observance.

There are all sorts of little nuances that you don’t know unless you’re raised in the community. I found that even as I was raising my children, even as a rabbi who had studied a lot of Talmud and codes and literature, there were little things that just are not mentioned in the books. You see Ellen the same way. There’s a comedian who, while working on Saturday Night Live, became Orthodox. He had to quit his job—can you imagine the sacrifice of quitting Saturday Night Live for religious reasons? He came to speak at my high school, and I remember it was hilarious. He was talking about the experience of a Shabbos night dinner: he was at someone’s house, and he saw the women were putting their rings in their mouths—the reason they put their rings in their mouths is because they want to take their rings off so they can wash their hands completely without anything in between. They don’t have pockets, so they hold them with their teeth while they wash their hands and then they put them back on. He didn’t know what was going on, so he asked if he could borrow someone’s ring to put it in his mouth while washing. That kind of thing happens to every ba’al t’shuvah at some point, and part of the experience is that feeling of insecurity, and the rabbi or the rebbetzin is someone who is so secure in his position that it’s attractive.