The word, like a small number of other Egyptian loanwords in the Bible, testifies to a period in which the early Israelite nation, or a part of it, was in intimate contact with Egyptian life. 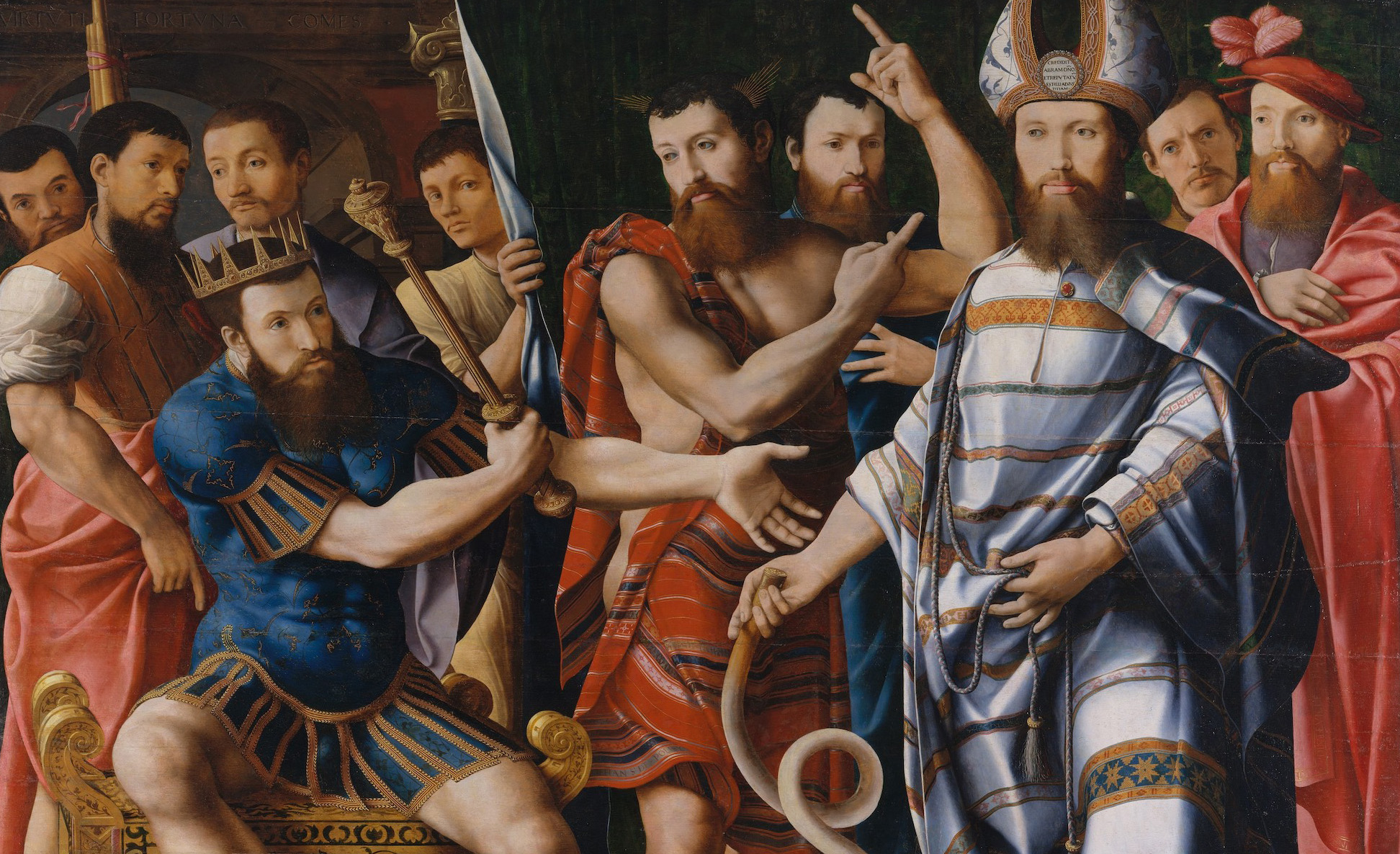 “You shall not wear sha’atnez, wool and linen together,” is how Robert Alter translates Deuteronomy 22:11, a verse found  in this coming Shabbat’s Torah reading of Ki Tetsey, and the source of the halakhic prohibition on wearing clothing in which these two fibers are mixed. Leaving a word untranslated, as Alter does here, is generally an admission of not knowing its exact meaning, and he writes in a note to this verse: “This term seems to be a foreign loanword, perhaps from the Egyptian, and so lest its sense be obscure, the rest of the verse is a gloss on its meaning.”

That sha’atnez is a non-Hebraic word can be told from a glance at its five consonants. A Hebrew noun can have five consonants too, but never more than four that belong to its root and are not added suffixes or prefixes. However, none of the five consonants of שעטנז, to give the word its Hebrew spelling, are additions of this sort. This clearly points to a borrowing, even though the ancient rabbis tried not very convincingly to explain the word as an acronym of three other Hebrew words.

Egyptian, Aramaic, and Persian are the principal providers of loanwords in the Bible, and since Aramaic is a sister Semitic language with a three- or four-consonant root structure like Hebrew’s, and Persian is an influence only in the Bible’s historically late books, Egyptian is indeed the leading candidate in this case. The eminent Bible scholar William Albright even ventured to identify the Egyptian expression behind sha’atnez. The word, he conjectured, came from ancient Egyptian sht (Egyptologists are not sure how the language was vocalized), “weave” or “fabric,” and n’dz, “false” (in Egyptian, adjectives always followed their nouns).

Albright was not guessing in the dark. He had before him the text of the Septuagint, the Greek translation of the Hebrew Bible made in Egypt in the 3rd and 2nd centuries BCE, which renders sha’atnez as kibdelos, “adulterated” or “spurious.” (A kibdelía in Greek was an undeclared alloy of a more valuable metal with a baser one; hence, the word also denoted something counterfeit or fake.) At least some of the translators of the Septuagint must have known Coptic, the descendant of ancient Egyptian still spoken in their day in most of Egypt. Their only reason for translating sha’atnez as “adulterated” would have been if they, too, believed it came from sht n’dz, “false weave.”

If weavers in ancient Egypt sometimes mixed cheaper fibers with more expensive ones and sold them at the more expensive price, what were these fibers? There is no need to speculate, because only two such materials were widely used in Egyptian fabrics: wool and linen. Linen was the more common of the two. It was produced from the easily grown flax plant, was light and airy, making it ideal for the hot Egyptian climate, and was the source of the everyday tunics, kilts, and dresses worn by all Egyptians. Though its production was labor-intensive, involving soaking and drying the harvested flax, beating it to separate its fibers, and twisting these together before they could be spun into thread, cheap labor was not lacking in the land of the pharaohs.

Wool, on the other hand, was used mostly for outer garments. Even in Egypt, especially in the desert, winter nights can be chilly, and a woolen coat or jacket was warmer than a linen one. Wool also had the advantage of dyeing better than linen. And it cost more, in part because raising sheep was intrinsically more expensive than growing flax, and in part because sheep herding was, for religious reasons, a tabooed trade that proper Egyptians did not engage in. We might recall Joseph’s admonition to his sheep-herding brothers when they settle in Egypt that “every shepherd is an abomination unto the Egyptians.”

For the same reason, clothing with wool in it was forbidden to priests in Egyptian temples and sanctuaries. It is thus difficult to determine which of the two fibers in the “false weave” of sha’atnez was considered the adulterator and which the adulterated. Was linen mixed surreptitiously with wool because it was cheaper, or was wool smuggled into linen clothing because, though it produced a sturdier and potentially more colorful fabric, there was prejudice against it?

Whatever the answer, there are definite advantages to combining the two fibers, as has often been done in the history of textile manufacture from the Egyptian sht n’dz to the English and American “linsey-woolsy”—an inexpensive but strong twill in which cotton often took the place of linen. The technique of making such cloth, even when it passed from hand to machine looms, did not change much in the course of history: the warp or vertical threads of the loom were of one fiber while the woof or horizontal threads were wholly or partly of the other.

In linsy-woolsy, however, the half-woolen, half-linen-or-cotton composition of the fabric was, as it were, on the manufacturer’s label. With sht n’dz it was a counterfeiter’s secret. Was this what led to the biblical injunction? Was it the Egyptian temple taboo on wool? Was it the Bible’s repeated stress, as Alter puts it, on “the separation of categories,” manifested elsewhere in Ki Tetsey in the prohibitions on planting cross-propagating seeds and on plowing with an ox and donkey yoked together? We don’t know.

Yet one thing seems clear. The word sha’atnez, like a small number of other Egyptian loanwords in the Bible, testifies to a period in which the early Israelite nation, or a part of it, was in intimate contact with Egyptian life. Such a word is highly unlikely to have spread from Egypt to a people living outside it. Apart from the Bible, there is no documentation of an Israelite sojourn in or exodus from Egypt—nor, barring some unforeseeable archeological discovery, will there ever be any. But that there almost certainly was such a sojourn—and therefore, an exodus—is attested to by words like sha’atnez. That much is not counterfeit.