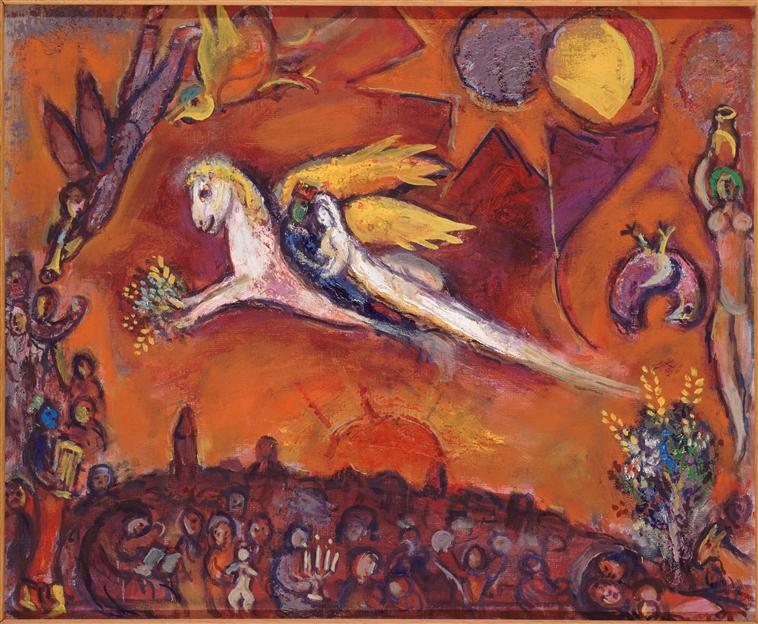 Song of Songs IV by Marc Chagall. Courtesy Wikipaintings.
It’s a curious thing, hearing men read the Song of Songs—and in Orthodox communities it is almost invariably men who read it. Even in the most egalitarian Orthodox synagogues, where women may read from the Torah, it is usually the Torah they read from; you seldom hear an old woman, let alone a young one, singing the Song of Songs on Friday nights or at the Sabbath during Passover—even though half of the poem is made up of a girl speaking to her beloved.