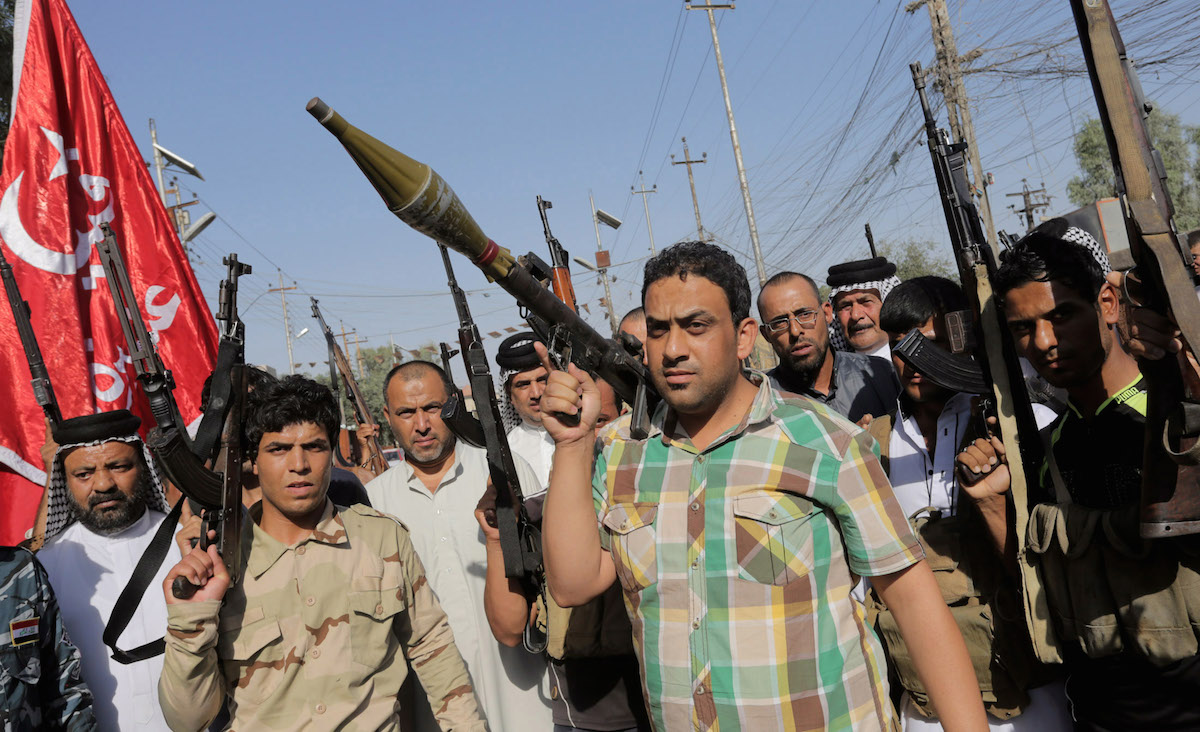 Responding to a public call to arms against the Islamic State of Iraq and Syria, thousands of Iraqi Shiites spill out into the streets of Baghdad on June 27. Photo by Stringer/Anadolu Agency/Getty Images.
With the June 10 capture of the city of Mosul by the Islamic State of Iraq and Syria (ISIS), a debate promptly reopened in the American media over America’s role in the fate of post-Saddam Hussein Iraq. Typifying one side of the debate was former President Bill Clinton, who on network television laid the blame for today’s problems squarely on the shoulders of the Bush administration. “If they hadn’t gone to war in Iraq,” he said, “none of this would be happening.” On the other side, there are suggestions that President Obama’s neglect of Iraq has been at least as harmful as was the interventionism of his predecessor, if not more so.