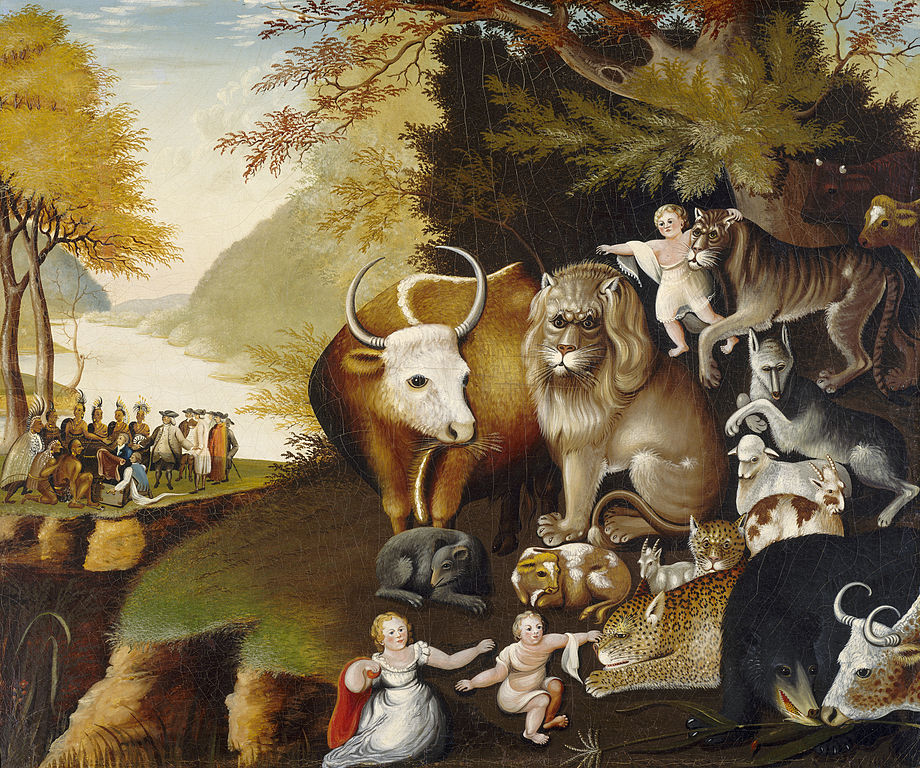 The Peaceable Kingdom by the American painter Edward Hicks. Courtesy Wikipedia.
During the recent Gaza campaign, and into its aftermath, some of the most vocal critics of Israel have been Jews, and some of these have grounded their criticism in appeals to Jewish values. There’s nothing new in that: in 1988, as the first intifada raged, the New York Review published an open letter by Arthur Hertzberg, a well-known rabbi and historian, denouncing Israel for its allegedly brutal response to Palestinian rioters and chastising its Jewish supporters—in particular, Elie Wiesel—for their blindness to what the Jewish tradition “commands”: