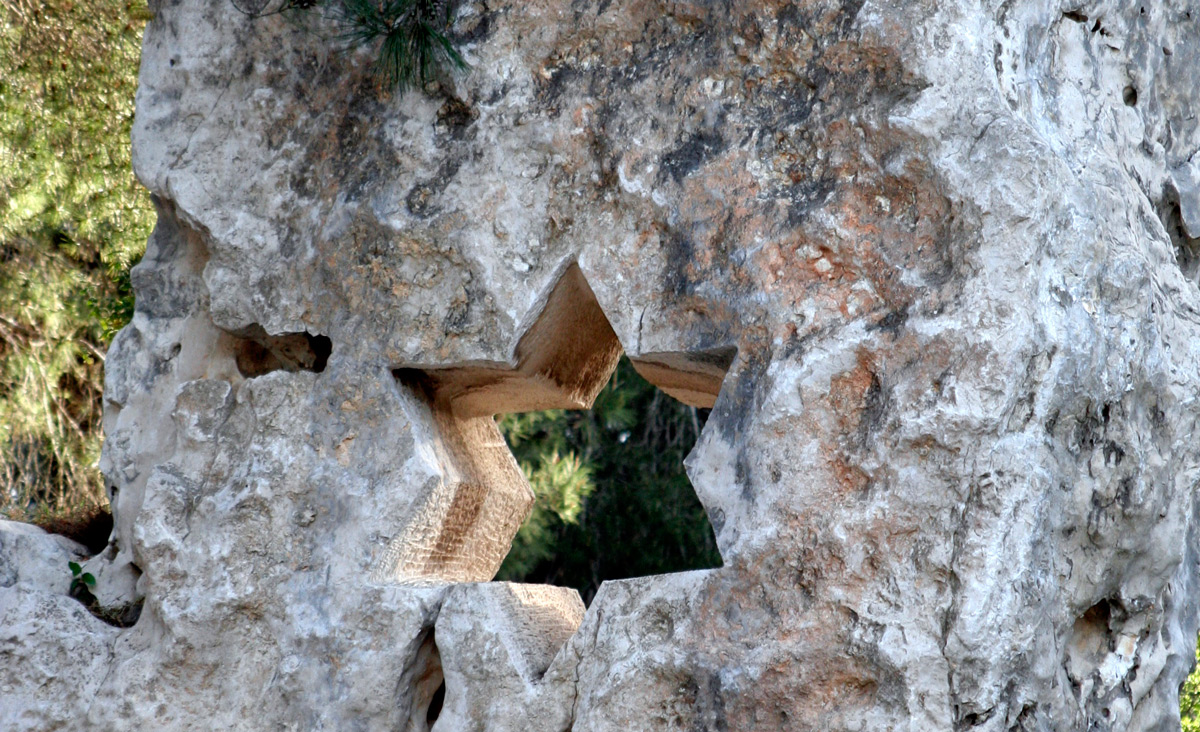 But the Lord spoke to Moses and Aaron, saying:
As you come to the land of Canaan
Which I’m giving you as your estate
And I put a plague of leprosy in a house
On the land of your estate,
Let him who owns the house come and tell the priest, saying:
Something like a plague has appeared to me in my house.
And the priest will command them to clear the house
Before the priest comes to view the plague
So that everything in the house won’t be contaminated.
And then the priest will come to view the house.

This week’s double portion of Tazria-Metsora (Leviticus 12:1 – 15:33) is a curious amalgam of physiology and metaphysics. In Tazria we have what appear to be prescriptions, medical and social, for treating a class of illnesses that spread from people’s flesh to their clothes and call for them to be isolated lest they contaminate the community at large. In Metsora, where my opening quotation appears, the discussion moves on from persons to houses, and its prescriptions come into play only once the Jews enter the land of Israel.

This order—persons first, domiciles second—makes sense on a practical level, since the Israelites do not own houses in the desert. But on some other level it seems significant that only in the land of Israel can a contamination of buildings take place. What is it about the land that causes your house to be vulnerable to plague? In thinking about this Torah reading, I can’t help being struck by the fact that in the annual calendar of the synagogue it falls right around the time of Israel’s national memorial day, which is succeeded immediately by the celebrations of Independence Day.

Then the priest will command them to extract the stones
Containing the plague and throw them outside the city
To an impure place.
And he should scrape the house clear of any house around it
And pour the soil they’ve scraped outside the city
In an impure place.
And let them take other stones
And bring them to replace the stones
And take other soil and plaster the house.

In interpreting the two sets of plagues, the rabbis were themselves of different minds. They tended to treat leprosy, an “eruption” in the flesh, as a stand-in for a variety of personal and moral failings. When it came to the leprosy of a building, they turned practical, looking for ways to reduce the cost to the owner of treating it. Thus, they allowed the householder considerably more time to avoid demolition than the seven days mandated by the Torah; they even speculated, rather wistfully, whether the plague might have been sent in order to help him find money hidden in the walls by the previous Canaanite owner.

But there is no question that the source of the plague, whether in a person or in property, is metaphysical:

Midrash Rabba divides the category of theft into two—taking what belongs to another, and stealing from the public—and adds blasphemy, cursing the Lord, and idol worship.

The Torah itself endows leprosy with a curious metaphysical duality. In Numbers 12, it is a punishment meted out to Moses’ sister Miriam for slandering her brother’s wife Tsiporah. Much later, when Uzziah king of Judea seeks to offer up incense in the Temple, thereby violating priestly prerogatives, he, too, is punished with leprosy and remains an outcast until he dies.

But something like the opposite occurs in Exodus 4:6 when Moses asks the Lord for a sign that will help him control the obstreperous Israelites. Along with His more dramatic wonders—burning bushes, staffs that turn into snakes—the Lord simply gives Moses a leprous hand that he can display as needed to catch and hold their attention. Here the plague doesn’t resemble a punishment so much as a divine miracle.

In short, these laws are not about containing the spread of leprosy; a non-Jew does not become contaminated by leprosy, nor does a non-Jew’s house. They are about the Israelites’ spiritual purity, and leprosy is taken as an external indicator of the level of that purity within the individual and/or the community. Moses’ God-given ability to produce leprosy on his flesh symbolizes his control of this commodity. One might see in the flashing of his leprous hand a prelude to the role played by the tribe of Levites, the descendants of his brother Aaron the high priest. In their future service in the Temple and its sacrificial system, they will become the diagnosticians and therapists of spiritual eruptions within the other tribes inhabiting the promised land.

But if the priest comes to call and view
And the plague has not spread in the house
After he plastered the house
Then the priest will purify the house
For the plague is healed.
And to atone for the house he’ll take
Two birds and a pine branch and two dyed hanks of wool and hyssop

It’s this ceremony, in which one bird is killed and another remains alive and is released after being dipped in the blood of the dead one, that conjures up for me the time of year when the reading of Tazria-Metsora coincides with the annual ceremony developed in Israel to allow the transition from mourning to celebration, from Memorial Day to Independence Day.

It took a while. In 1949-50, the newly independent nation tried to mark both things—to celebrate independence and mourn those who died fighting for it—on the same day. It didn’t work. You cannot mourn and celebrate at the same time. Mourners are isolated in their grief, quarantined like an impure house and shut up in it with their grief for seven days.

In 1951, the families of fallen soldiers petitioned the government for a change. David Ben-Gurion, who at the time was both prime minister and defense minister, established a “public council for soldiers’ commemoration,” which duly recommended that the day previous to Independence Day be set aside as a “general memorial day for the heroes of the war of independence.” Still later, the scope of the mourning was expanded; now it is a “day of remembrance for the fallen soldiers of Israel and victims of terrorism.”

The day begins at sunset the evening before, with the sounding of a one-minute siren across the land; all stop in their tracks and observe a moment’s silence. The Israeli flag is lowered to half-mast at the Western Wall, and religious Zionists add prayers for the fallen soldiers in the evening service. The following morning at 11.00, a two-minute siren is sounded, and official mourning ceremonies begin at cemeteries all over the country. Many people take that day to visit their loved ones’ graves. The day draws to a close with the start of Independence Day celebrations at the national military cemetery on Mount Herzl, where the flag of Israel is restored to full staff and mourning merges into gladness and joy.

The sequence is designed to comfort the bereaved with the idea that their loss has secured the country’s independence. You may see the same symbolism at work in the bird that survives to be released into open country. The priest dips the live bird in the slaughtered bird’s blood, which has been mingled with the clean spring water, and together the two atone for whatever sin caused the plague in the first place.

The sages do not specify what those sins are, but, in keeping with their view that the laws of leprosy-in-a-house seek to quantify the particular challenges of being a decent human being if you’re a Jew in the land of Israel, they suggest guidelines. It’s a land, they say, that spits out the unjust. It’s a land in which moral failings will rot not just your insides, but your very walls.

Today’s mourners in Israel are impure not because they’re plagued, they’re impure because of their symbolically renewed contact with their dead; and so are all of their countrymen. Memorial Day allows all Israel to feel the loss again and to let go of it. Every year, Memorial Day relives the terrible cost of holding on to the land, thereby accentuating the great joy of possessing it that is celebrated the next day. One bird is dead, one is released to fly free, and we hope that when the priest walks away the house is pure and will continue to stand.