No, the Lilliputians Didn't Speak Hebrew

It was widely reported this month that a professor in Texas had “decoded” the strange language spoken in Gulliver’s Travels. He did no such thing. 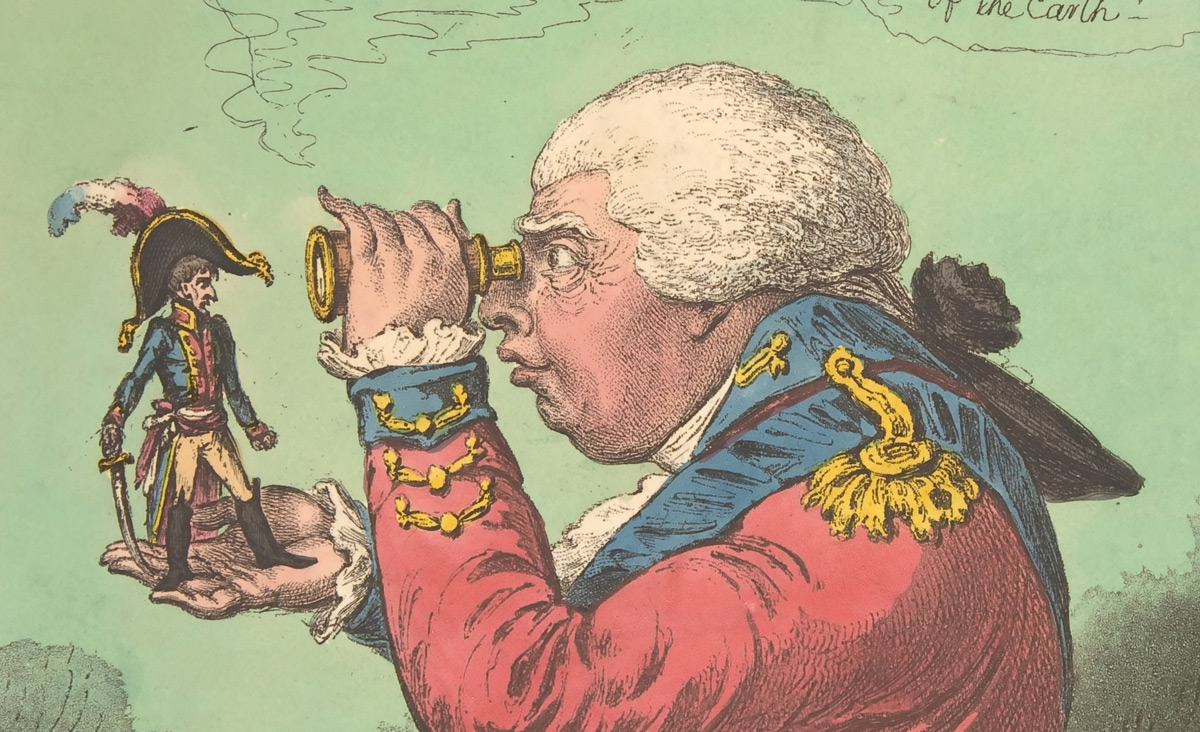 From The King of Brobdingnag and Gulliver by James Gillray. Wikipedia.

The last of these captions comes from an August 10 press release issued by the University of Houston, on which, as far as I can determine, all the other stories are based. This PR item, in turn, cites an article published by Irving N. Rothman, a professor in the university’s English literature department, in the latest volume of Swift Studies, an annual review of scholarship dealing with Jonathan Swift (1667-1745), the author of Gulliver’s Travels, that is put out by the Ehrenpreis Center of the Westfälische Wilhelms-Universität of Münster, Germany. Since, however, I have found no way of getting hold of this volume, or of Rothman’s full-length article on “The ‘Hnea Yahoo’ of Gulliver’s Travels and Jonathan Swift’s Hebrew Neologisms,” I will have to make do with the press release.

The press release lists four reasons given by Rothman for believing that he has solved, by uncovering their Hebrew origins, the “289-year-old puzzle” of the languages spoken by the Lilliputians, Brobdingnags, and Yahoos, three of the strange peoples encountered by Gulliver in his travels. These reasons are:

1) The language of the Brobdingnags has 22 letters and so does Hebrew.

2) When, in the novel’s first chapter, the shipwrecked Gulliver awakes to find himself tethered to the ground by the minuscule Lilliputians, who swarm around him with tiny bows and arrows, one of them cries out Hekinah degul, a phrase later repeated twice. Degul means “flag” in Hebrew and hekinah means “to transfer, impart, or give,” so that “one might deduce that Hekinah Degul pronounces a militant stance, offers a display of colors, and urges Gulliver’s capitulation to the Lilliputian flag.”

3) In the same scene, Gulliver describes the Lilliputians giving him two of their little hogsheads of wine to drink and signaling him to throw them down when he has drained them, “first warning the people below to stand out of the way, crying aloud, Borach mevolah.” Borach is “a variant of the Hebrew Boruch, or blessed,” and mevolah, of mivolam or mivolim, which means “complete defeat.” In other words: “Gulliver’s drinking all that liquor leaves him helpless and in a drunken state.”

4) The bestial Yahoos’ name for themselves is derived from “Yahweh,” a conjectured pronunciation of the biblical tetragrammaton YHWH, the sacred four-letter name of God. This is clear from their use of the phrase hnea Yahoo, hnea read backwards being aenh or the Hebrew word eyn, “meaning ‘not.'” Although “critics have recognized the venal and sinful nature of the Yahoos, . . . none have noted the fact that hnea Yahoo could represent the Yahoo as the antithesis of the godhead.”

That’s the whole argument. It’s too absurd to need a refutation, but let us give it the honor of one anyway. Going again by the numbers:

1) The Arabic alphabet has 28 letters. If that were how many Brobdingnagian had, should we conclude that the Brobdingnags are speaking Arabic?

2) While the Hebrew word for flag is degel, not degul, hekina could conceivably be Swift’s version of hakhina, an imperative form of a verb meaning to prepare, not (as Rothman has it) to transfer or to give. But not only are no flags mentioned in this scene, there is not the remotest hint of one. Moreover, the University of Houston’s press release fails to mention that there are three other Lilliputian expressions in the same scene that Rothman apparently fails to refer to because they elude even his gymnastics. One is tolgo phonac, an order to fire the aimed arrows at Gulliver; the second is langro dehul san, a command to free him of his bonds; and the third is hurgo, a word by which the Lilliputians, Gulliver says, “call a great lord, as I afterwards learnt.” Where is the supposed Hebrew in these?

3) Quite apart from the fact that “Blessed is the complete defeat” would be a very odd thing for the Lilliputians to exclaim over a drunken Gulliver (who, it might be observed, nowhere says that he was drunk), there is no such Hebrew word as or similar to mevolah, mevolim, or mevolam. Indeed, I can’t begin to imagine what gave Rothman the idea that there was one, much less that it meant “complete defeat.”

4) The passage in Gulliver’s Travels containing the phrase hnea-yahoo reads as follows: “I did indeed observe that the Yahoos were the only animals in this country subject to any diseases. . . . Neither has their language any more than a general appellation for these maladies, which is borrowed from the name of the beast, and called hnea-yahoo, or Yahoo’s evil; and the cure prescribed is a mixture of their own dung and urine, forcibly put down the Yahoo’s throat.” The antithesis of the godhead, anyone?

The whole thing would be worth no more than a good laugh and a quick forgetting were it not for a number of nagging questions. Why did a professor of English who obviously knows little or no Hebrew decide that he is qualified to write on Swift’s supposed use of it? Why did the editors of an ostensibly serious journal like Swift Studies publish such nonsense without first sending it out for a competent opinion? Why did the University of Houston decide that it had a public-relations coup on its hands without doing the same? Why did the Guardian, the Daily Mail, the Jerusalem Post, and for that matter Mosaic regurgitate the university’s press release as if it were worthy of serious consideration?

But as my old sergeant in the Israeli army used to say: lama sho’alim b’Pesach. If you expect to get an answer to “why,” wait for Passover and its Four Questions.

No, the Lilliputians Didn't Speak Hebrew