A Holocaust survivor returns to his Slovakian hometown after the war only to discover, one day in the market, a woman wearing his mother’s dress. 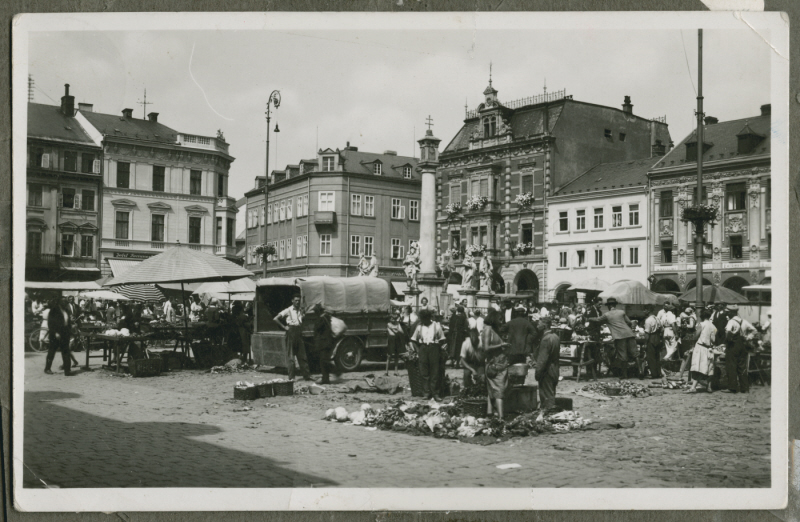 Introduction: Like “Concerto in G Major,” another story by my parents published earlier in Mosaic, the story appearing below was included in a collection, Píseň pro Den smíření (“Song for the Day of Atonement”), published in Czechoslovakia in 1971 before being confiscated by the Czech Communist government. The events described here were experienced by my mother upon her return home from hiding in the mountains of Slovakia, whose wartime fascist government had been headed by Joszef Tiso, a Catholic priest, and was allied with Hitler. The story’s Czech original is peppered with brief Latin tags taken largely from religious and legal texts and meant to indict the behavior of Slovakia’s Church and legal system. They have been omitted in this English version, which is published here in honor of Yom Hashoah.