The Gematria of Hillary Clinton and Donald Trump 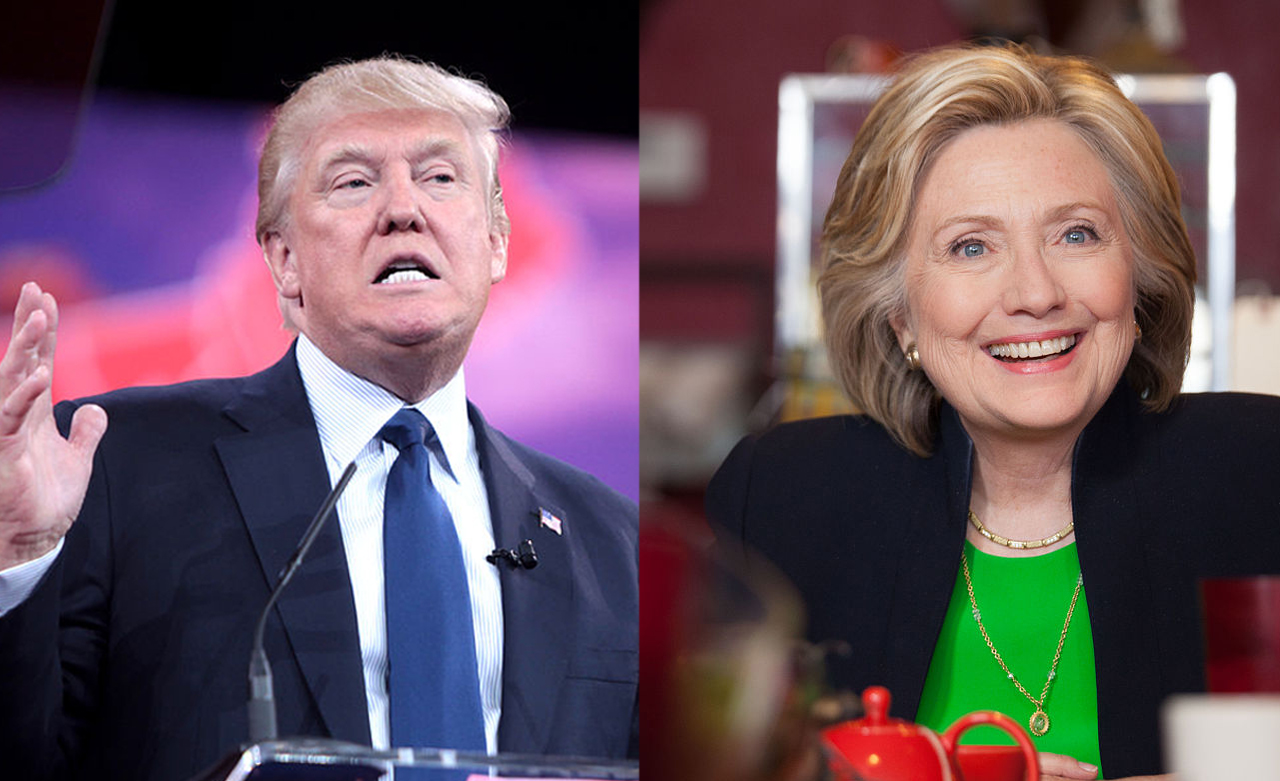 A correspondent who might prefer to remain anonymous writes:

The gematria of Donald Trump is “the messiah son of David”:

Not wanting to be a one-party animal, however, I took the liberty of gematrifying Hillary Clinton, too, and found that הילרי and קלינטון have identical values of 255. That’s the gematria of amalekiyah, an Amalekite woman.

The Amalekites, for the scripturally challenged, are arch-enemies of the Israelites in the Bible who became a symbol of anti-Semitic evil in Jewish tradition. And my correspondent ends with the question: “So whom are you voting for?”

Although I assume that this was written tongue-in-cheek, one can never be sure. Gematria, the custom of calculating and comparing the arithmetical values of Hebrew words in order to arrive at truths supposedly concealed in them, lends itself to nonsense as readily as do all other forms of numerology. It is based on the fact that the Hebrew letters from alef through yod traditionally stand for the numbers one to ten; those from kaf through kuf for 20 to 100; and resh, shin, and taf for 200, 300, and 400.

By also placing letters at the beginning of sequences to represent thousands, it is possible to write any number one wishes. Thus, for example, 776 is taf-shin-ayin-vav. Preceded by a heh, the fifth letter of the alphabet, it becomes 5716, which is the full way of writing the current year of the Jewish calendar. Such a method, while impractical for mathematical operations, is a perfectly good one for writing simple numbers.

The practice of gematria was originally borrowed from the ancient Greeks, who, since the time of Pythagoras, also made occult numerological use of their alphabet. (The Hebrew word gematria was itself taken from the Greek term for “earth-measuring,” i.e., geometry, because of the Greeks’ resort to letters to mark geometrical sections and the arithmetical proportions between them.) One finds many cases of it in the Talmud. A typical one, in the tractate of N’darim, starts with a discussion of a verse in Genesis 14 in which Abraham, his nephew Lot having been captured in battle, is described as having “armed his trained servants born in his own house, three-hundred and eighteen, and pursued [Lot’s captors].”

Since, apart from his trusty retainer Eliezer, the Bible has not previously mentioned Abraham’s having had servants, let alone so large a number of them, the rabbis were puzzled. In an attempt to resolve the difficulty, N’darim speculates that the number 318, being the sum of the letters alef (1), lamed (30), yod (10), ayin (70), zayin (7), and resh (200) with which Eliezer’s name is written, is a coded reference to him alone. This is followed by a second gematria, whereby it is asserted that Abraham, who died according to the Bible at the age of one-hundred-seventy-five, began to worship God as a child of three. The proof? In Genesis 26, the Lord says to Isaac, “I will make thy seed to multiply as the stars of heaven . . . because that [ekev] Abraham obeyed my voice and kept my charge.” Since the numerical value of the letters ayin (70), kuf (100), and bet (2) that spell ekev is 172, the conclusion is that Abraham served God for all but the first three years of his life.

Such gematrias were of course arbitrary (why choose ekev rather than some other word in the verse?) and cannot be said to have been taken very seriously by the rabbis of the Talmud, who proposed them in a spirit of play. Recognizing this, the 12th-century biblical exegete and arch-rationalist Abraham ibn Ezra, commenting on Genesis 14, stated that “the sum of the letters of Eliezer is only a homily, because Scripture does not resort to gematria. Whoever wants to, can [by using it] get any name to mean anything. Names are just names.”

And yet in the Middle Ages this was an uncommon view. Even Maimonides, ibn Ezra’s contemporary and no less a rationalist in his approach to Scripture, disagreed with it. In his Epistle to Yemen, a long open letter seeking to calm the messianic fever then sweeping the persecuted Jews of that country, he wrote:

There are verses in the Torah which contain cryptic allusions in addition to their simple meaning. For example, the word r’du [descend] in the words of Jacob to his sons “Descend thither [to Egypt]” has the numerical value of 210 and contains a hint to the length of [the years of] Israel’s stay in Egypt.

Indeed, as time passed, particularly with the advent of Kabbalah, the use of gematria grew increasingly widespread, both as a way of eliciting kabbalistic mysteries and as a way of predicting the future in an age fired by messianic expectations. In the latter part of the 16th century, for instance, the notion spread in kabbalistic circles that the year of redemption was nigh, based on the cryptic statement in Genesis 49:10, “The staff shall not depart from Judah . . . until Shiloh comes.” Inasmuch as the shin (300), lamed (30), and heh (5) of Shiloh added up to 335, the messiah’s coming was prophesied for the Hebrew year 5335, the Christian year 1575. When it failed to materialize, a new calculation, built on the gematria of mashiaḥ, “messiah,” pushed the date onward to 1598.

If not taken seriously, gematria can be a mildly entertaining form of numerical doodling. The next time you can’t fall asleep at night, you might try it instead of counting sheep. It’s guaranteed to work at least as quickly.

The Gematria of Hillary Clinton and Donald Trump