Star of David, Star of Solomon, or Star of Sheriff?

How the hexagram became a Jewish symbol. 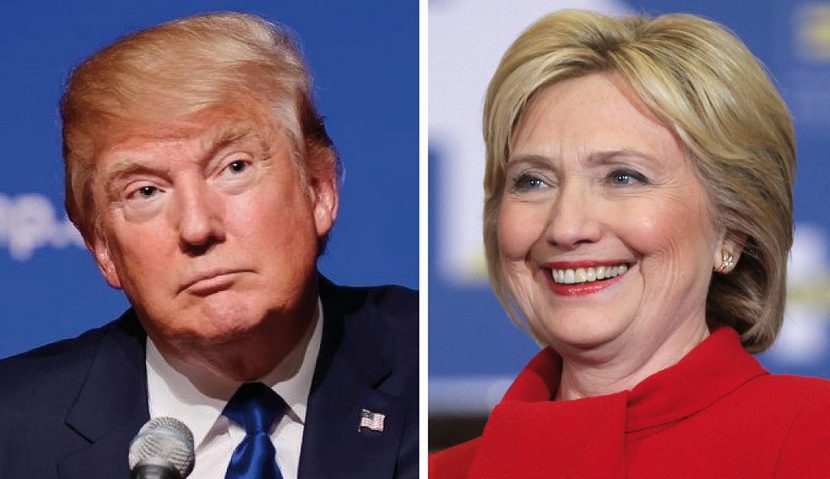 As someone living in a country that has the Star of David on its flag, the furor over the Trump campaign’s re-tweet of an anti-Hillary Clinton graphic image strikes me as farfetched. Taken by itself, the original tweet’s image of a solid red hexagram wouldn’t have made me think of such a star had I spent a whole day staring at it. It simply doesn’t look like one. The six points of a Star of David are the vertices of two interlocking and fully visible equilateral triangles, the sides of which are clearly delineated; in an ordinary hexagram like that shown in the tweet, this is not the case. Saying that every hexagram is reminiscent of a Star of David is like saying that every circle calls to mind a nuclear-disarmament symbol, even though the latter is bisected, as is no other circle, by a vertical line met by two shorter lines running symmetrically to it from the circumference.

But let us go from geometry to philology. What does the biblical David have to do with the hexagram named for him?

The first thing to observe is that in Hebrew, in which the expression apparently originated, the Star of David is not called a Star of David. It is a Shield of David, magen David. Nor is this a biblical expression, even though the word magen appears dozens of time in the Bible, sometimes in a literal sense (as when David laments, in his elegy for Saul and Jonathan, “The shield of the mighty has been tarnished, the shield of Saul”), and sometimes in a figurative one (as in Psalm 144, which begins “A psalm of David: blessed be the Lord my strength . . . my shield, and He in whom I trust”).

Which of these two meanings, it might be asked, is to be ascribed to magen David? Does the phrase refer to the physical shield that the warrior David carries into battle, or to the God who shields him?

Before this question can be answered, however, we need to ask another one. What is the earliest reference to a magen David in Jewish literature?

Hexagrams, including those of the interlocking-triangle variety, are commonly found in many ancient cultures, both as decorative patterns and as magical symbols. In Europe and the Middle East, their use for magical purposes was furthered by a Greek text, The Seal of Solomon, composed in the early centuries of the Common Era. This tells a story (a version of which is found in the talmudic tractate of Gitin) about Solomon and the demon-king Asmodeus, whom the wise ruler subdues with the help of a wonder-working signet ring. Although the engraving on the ring is described by The Seal of Solomon as a pentalpha, an ancient puzzle based on the five-sided pentagram, it was reconfigured in early medieval times as a double-triangle hexagram, in which form it appears widely in Christian, Muslim, and Jewish occultist literature.

How then did the seal of Solomon turn into the shield of his father David? It didn’t happen all at once. When a figure called the magen David  first surfaces in Jewish writings in the later Middle Ages, according to Gershom Scholem, the great scholar of Kabbalah, in his essay “The Star of David: History of a Symbol,” it does not do so as a hexagram. Rather, it takes the form of a V-shaped letter with a small circle on each of its three corners: one of the characters in an esoteric Hebrew alphabet, known in Jewish sources as k’tav kokhavim or “star-script,” that was used primarily for the writing of amulets. This triangular character was said, Scholem wrote, “to have been constructed in the manner of a shield,” since King David supposedly “had a shield on which the Great Name of God containing 72 letters was engraved and which helped him to win all of his wars.”

The magen David was thought of, in other words, as a representation of both the actual shield that David fought with and a divine shield protecting him, thus combining the two meanings of the biblical word. And no later than the 13th century, Scholem continues, the term began to be transferred from the triangular star-script character to the double-triangled Seal of Solomon, which gradually became known in Jewish tradition as a Shield of David. The earliest example of this dates to about the year 1300, when a kabbalistic work called Sefer ha-G’vul, “The Book of the Border,” written by David ben Yehudah, a grandson of Naḥmanides, explicitly refers to such a hexagram as a magen David.

The subsequent history of the magen David and its gradual adoption as a national Jewish symbol, starting with its heraldic emblazonment on a flag flown by the Jewish community of Prague in the 14th century, is long and complex. By the early 19th century, the symbol was commonly displayed on synagogues and Jewish religious artifacts all over Europe, and when Theodor Herzl founded his Zionist periodical Die Welt prior to the first Zionist Congress in 1897, he chose it for the logo on the masthead. At the congress itself, a blue magen David on a white-and-blue background was displayed as the Zionist banner, which it remained until its adoption as the flag of Israel when a Jewish state was declared in 1948.

And how did David’s shield become his star in English and other European languages (German Davidsstern, French étoile de David, etc.)? Since such terms all appear to be modern, one can probably rule out the theory that our medieval star-script had anything to do with it. Nor is there a need for that theory. Geometrical figures with points radiating from their centers, such as pentagrams, hexagrams, and heptagrams, are commonly known in many languages as “stars,” which is why we speak, for example, of a law-enforcement badge as a sheriff’s star.

Still, if one wished to be fanciful, one could claim that the expression “star of David” already occurs in the New Testament. There, in Revelation 22:16, the King James Version has Jesus saying, “I . . . am the root and the offspring of David, and the bright and morning star.” The unpunctuated Latin from which this translation was made is “Ego . . . sum radix et genus David stella splendida et matutina,” and the KJV’s translators logically read it as if there were a comma after David. Yet if one were instead to place the comma after genus, Jesus would be saying, “I . . . am the root and the origin, the bright morning star of David.”

Did anyone in the Christian world think of applying such a reading to the magen David? It’s not very likely—and neither is the possibility that the Trump campaign meant its re-tweeting of an image bearing a sheriff’s star as an anti-Semitic slur.

Star of David, Star of Solomon, or Star of Sheriff?