This is a response to Wagner and the Jews, originally published in Mosaic in January 2015 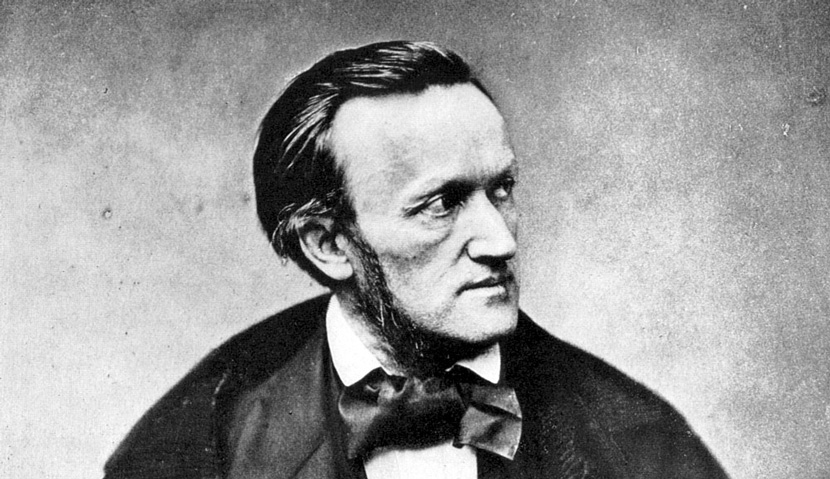 Richard Wagner in Paris in 1861. He was there for the premiere of his opera Tannhäuser. Wikipedia.

In the 1993 film Manhattan Murder Mystery, Woody Allen remarks: “I can’t listen to too much Wagner, ya know? I start to get the urge to conquer Poland.” This quip comes to mind on reading Nathan Shields’s probing essay, “Wagner and the Jews.” We can love Wagner’s music or detest it, but we cannot evade its link to politics. Nor can we escape the intensity of its emotional impact on modern listeners. That is because, as Shields lucidly demonstrates, Wagner’s colossal new cultural vision encompassed the totality of human emotion and experience. This was not accidental. For Wagner sought to conscript all of art’s manifold powers into a vast drama of human redemption. And, as Shields shows, Wagner’s redemptive design actually needed, in some fundamental way, modern anti-Semitism to realize itself.

This is a big charge, one that musicians, critics, and scholars continue to debate heatedly. There remains room for discussion, for instance, on how much anti-Jewish imagery can be detected across the length and breadth of Wagner’s music. Nor does every ominous reference in his writings to foreignness, or invocation of Germandom, correlate neatly with a murderous drama of Germans and Jews.

Still, it is difficult to ignore a character like Mime in Siegfried. Witness the 1898 comment of the Jewish-born composer Gustav Mahler: “I am convinced that this figure is the embodied persiflage of a Jew, as intended by Wagner (with all the traits which he gave him: his petty cleverness, greed, and all the complete musically and textually excellent jargon [Yiddishized German]).” Mahler knew whereof he spoke. Anti-Semitism was a constant in his life and career in fin-de-siècle Vienna. Likewise, there can be no doubt, as Shields again shows us, that Wagner used the figure of the Jew to criticize the ills of his own society. He built his vision of the German future by imagining a world in which Jews vanish. In doing so, as I have argued elsewhere, he bequeathed a racial myth to modern music that has still not received its full reckoning.

Nathan Shields has thus performed a major service by exposing the fusion of art and politics in Wagner’s music that makes the discussion of anti-Semitism unavoidable. And he might have gone still farther. To confront the legacy of Wagner in our own day also requires a reckoning with the moral conditions in which we ourselves experience and create art. This is of course true for the classical-music world, which often seems to want to wish away questions of politics—as when it comes to the entanglements of star conductors with authoritarian regimes in Russia and Venezuela, or the ethics of depicting anti-Semitic terrorism on the opera stage. But it also has a particular urgency for those engaged in the drama of Jewish life today, and that is where I wish to focus the remainder of my comments.

In brief, I do not think we can fully separate the question of Wagner and his Jews from that of Jews and “our” Wagner. What we might call the Jewish Wagner Question has to do not with what the composer intended, but with how Jews have responded to his racism—and how they have interpreted and reinterpreted his music and ideas.

Let me explain. The meaning of music is never fully closed off. Neither a composer’s intentions nor the extra-musical aura of history surrounding a work of music completely determine its legacy for the future. Hence we are not condemned to have only one reaction to Wagner. Indeed, Shields himself reminds us that a single individual like Nietzsche could change over the course of his own life from early sympathy to harsh critique. (I am reminded here of Nietzsche’s delicious quip about how Wagner’s art elicits equal parts of the dangerous and the absurd: “Wagner’s stage requires one thing only—Teutons! Definition of the Teuton: obedience and long legs.”)

So, too, even Mahler could condemn Wagner’s anti-Semitism in 1898 yet still embrace the music. In fact, in this same conversation about the character Mime, Mahler went on to suggest that the negative Jewish stereotypes should neither be exaggerated nor denied in performance. He added: “I know only one Mime, and that is me! You will be surprised to see what lies in the part and what I could make of it!”

Mahler’s complicated reaction to Wagner was true of a whole host of 20th-century Jewish musicians. Most surprising is the way even consciously Zionist composers and musicians enrolled Wagner in their efforts to build modern Jewish music. In my work, I have documented the case of the father of Hebrew music, Avraham Zvi Idelsohn (most famous, or infamous, for Hava Nagila). Idelsohn was clear-eyed about Wagner’s anti-Semitism. He was no fan of his music, either. Yet he found in Wagner’s assault on Jews as foreigners to European music a welcome ideological trope with which to challenge the “assimilation” of the German Jewish musical world of his day. Only by accepting Wagner’s challenge to stop trying to become European, Idelsohn argued, and by instead embracing their ancient Hebraic roots, could Jews achieve their own successful musical passage into modernity.

It is easy to dismiss Idelsohn along with other generations of European Jews who loved Wagner’s music, and even befriended him, by pointing out that they lived before the Holocaust. Or that they were too naïve. The point I wish to make is otherwise: just as Wagner used the Jews as a symbol in his critique of modern culture, Jews and others in the last 150 years have invoked Wagner and Wagner’s racism to their own ends. Hating Wagner—or loving Wagner—is a particularly, perhaps even perversely, Jewish art. And that artistic and intellectual tradition continues today.

No one can ignore that, just as in his own day, it is Jews today who have consistently risen to the fore in defending or attacking Wagner. Take the example of the British Jewish comedian Stephen Fry, who has recently felt compelled to make a self-indulgent documentary film about his guilt over his lustful Wagner obsession. Or the young Israeli musicologist Irad Atir, who has argued speciously that Wagner was not really an anti-Semite at all, at least not in the conventional sense. For, Atir claims, Wagner wrote both good Jews and bad Jews into his music. Hence he was not wholly consumed by hatred (only, it would seem, for the bad Jews!).

The fact that an Israeli Jew is defending Wagner is not incidental. For it is in Israel that we can see the clearest way in which Jews today map their own meanings onto Wagner. It is there that Wagner has become a proxy for Jews arguing about cultural identity and Holocaust memory in an otherwise fluid, globalizing musical marketplace.

Despite frequent erroneous reports to the contrary, the ban on Wagner in Israel is neither total nor official; there is no law against Wagner. Instead, various musicians have voluntarily created a practice of not playing his music in order to defer to the sensitivities of Holocaust survivors. And not only that. Israelis who decline to play Wagner also express a laudable sense of Jewish national identity. By the same token, those musicians who do try to challenge the ban, notably Daniel Barenboim, clearly do so in part for their own transparently political reasons. The very fact that he is a taboo composer for many Jews draws others to him. To the would-be provocateur, Wagner looms large as a tempting beacon of powerful art transcending some putative Jewish parochialism.

So, what, then, should Jews do with “their” Wagner? The first step is to recognize that Wagner’s anti-Semitism played a key role in stripping Jews of their own independent musical identities in modern Europe. Generations of European Jews came to doubt the possibility of authentic Jewish musical expression other than in the terms that Wagner himself proposed. Following Wagner, in fact, they argued—and many still do today—that the only possible or authentic Jewish music is liturgical. Anything else, especially in the realm of classical music, is condemned to offer at best a Jewish ethnic accent and at worst a corrupting imitation of German, French, or American models.

From the mid-19th century through World War II, those who did try to compose Jewish music were largely marginalized by a Western classical-music establishment blithely wedded to the notion that German music was truly universal while Jewish music was the ultimate in parochial. That same binary conception still prevents us from taking the full measure of the diverse corpus of Jewish classical music produced over the past several centuries—a music that still lies waiting for its listeners.

Thus, to grapple with Wagner today requires Jews to engage in a balancing act. He cannot be ignored. But neither can he be allowed to become the last word in the story of Jews and music. Those who care most deeply about his anti-Semitism need to understand that it can be fully addressed only by recovering the Jewish musical voices who have been marginalized by his legacy. Otherwise, the sounds of Germanic tanks rolling into Poland will forever crowd out the Jewish voices in classical music, past and present.