How to Judge Evidence for the Exodus

An event like the exodus can’t be “proved” in the manner of a scientific experiment. The way to judge is through the adding-up of suggestive details and reliable witnesses. 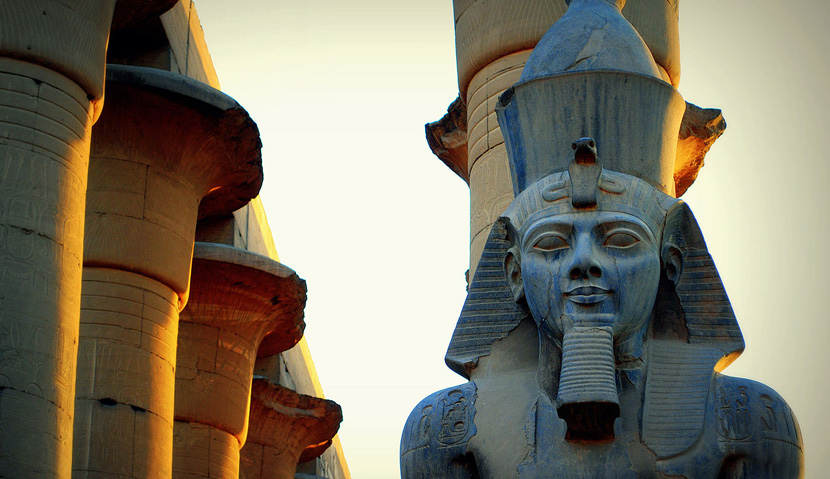 A statue of Ramesses II in Luxor, Egypt. Mohammed Moussa/Wikipedia.

Response
Richard Hess
About the author


Richard S. Hess is Earl S. Kalland professor of Old Testament and Semitic languages at Denver Seminary in Littleton, Colorado. He is the author of Israelite Religions: An Archaeological and Biblical Survey (2007) and co-editor, with Bill T. Arnold, of Ancient Israel’s History: An Introduction to Issues and Sources (2014).

Since I’m in general agreement with Joshua Berman’s analysis in “Was There an Exodus?,” I’d like to focus here on amplifying a few of his central points.

Early on in his essay, Berman summarizes the core case against the historicity of the exodus: namely, “a sustained lack of evidence.” The written record of ancient Egypt is silent both on the presence of Hebrew or Israelite slaves and on their subsequent departure. In response, Berman provides several reasonable explanations for such a lack of direct evidence, whether written or archaeological, and aptly quotes the cautionary maxim that absence of evidence does not necessarily constitute evidence of absence. Then he proceeds to offer evidence of a circumstantial but highly suggestive kind. A whole series of details in the biblical story, he writes, “do strikingly appear to reflect the realities of late-second-millennium Egypt—the period [under Ramesses II] when the exodus would most likely have taken place.” Moreover, and very significantly, these details are of the sort “that a scribe living centuries later and inventing the story afresh would have been unlikely to know.”

All this is well put, and it can be buttressed. On the issue of the weight that can be assigned to absence of evidence, consider this: if a significant number of slaves escaped during the reign of a self-possessed pharaoh like Ramesses II, one would hardly expect him to advertise the fact. To the contrary, such information would be well hidden, especially by a regent who glorified himself in a manner exceeding other pharaohs before and after him.

A noteworthy fact in this connection is that the battle of Kadesh in 1274 BCE, on which Berman dwells at illuminating length later in his essay, is portrayed in two strikingly disparate ways, once in the monuments Ramesses II built all across Egypt to commemorate his great victory over the Hittite empire but quite differently in the literature of the Hittites themselves—and in the treaty that emerged between Egypt and the supposedly trounced Hittites in the years that followed. That battle seems in fact to have been a draw, with neither side retaining territory taken from the other. The treaty itself is essentially one of parity. But, given his self-beatification as nothing less than a god and the giver of life to all his people, how otherwise than as invincible would we expect Ramesses to depict his exploits on the battlefield? By contrast, how likely would he be to acknowledge a defeat by a group of his own slaves escaping their house of bondage?

If Egypt would not have recorded that escape, let alone the generations of Israelite enslavement that preceded it, only one other involved party would have been impelled to do so. I’ll return to Berman’s treatment of the escape below. Concerning the enslavement, he offers this pertinent reminder: Israel’s preservation of its origins in ignominious bondage is unique in the ancient world—‘’no other ancient Near Eastern culture,” he writes, “produced a literature so revealing of” its own failings. Such frankness on the matter of the Israelites’ humiliating subjugation would be wholly unexpected unless it rested on some ancient tradition that could not be ignored or contradicted.

Turning now to the level of positive evidence, we find in the biblical account quite a number of incidental clues regarding Israel’s ancient status. Berman, for instance, adduces the reference in Exodus 1:11 to the two cities of Pithom and Ramesses, a possible allusion to the city of Pi-Ramesses built by Ramesses II. Since the name was no longer in common use after the second millennium BCE, we cannot plausibly assume that a later writer invented it. Likewise, the personal names of the Israelites given in Exodus fit with attested naming practices among West Semites (of whom the Israelites were a part) in and around the time of the exodus as suggested in the Bible. Although many of these names remained in use later as well, some of them, such as Pinḥas, show an explicit connection with Egyptian personal names at the period in question, and a few, including Ḥevron (Exodus 6:18) and Puah (Exodus 1:15), are attested as personal names only in the mid-second millennium (that is, the 18th to the 13th centuries BCE).

The use of other Egyptian words found in the early chapters of Exodus but nowhere else in the Bible similarly supports the view of a connection with Egypt in the same period. Such pieces of incidental information, which would not have been known to a later scribe, point to an antiquity and authenticity in the Exodus account that is difficult to explain otherwise. It is one thing to remember a great figure like Moses and perhaps build all sorts of legends around him. It is something else when minor characters and other incidental details that occur but once in the biblical account fit only within the period of Israel’s earliest history and would be unknown to a writer inventing a tradition centuries later.

In his lengthy comparison of the victorious Song at the Sea in Exodus 15 with the account on Egyptian monuments of Ramesses II’s victory at Kadesh, Berman advances the proposition that the former appropriates the literary form and even, in places, the exact phraseology of the latter, which it then turns on its head in an act of brazen cultural triumphalism—an out-Pharaohing of the Pharaoh, as Berman puts it. This dynamic of cultural resistance and appropriation can also be seen at work in certain details earlier in the biblical account, specifically in connection with the ten plagues (Exodus 7-12).

In fact, a dialectical relationship can be discerned between each of the ten plagues and one or another deity worshipped in Egypt, although there is no hint of such a purpose in the biblical text. But especially in the ninth plague, the plague of darkness, it is difficult not to see a direct, tit-for-tat challenge to the sun god Amon-Re, who possessed the most powerful and wealthiest temple complex in the land at the time of the exodus. Nor could the placement of this plague just before the tenth and final plague be accidental.

That culminating plague, the death of Egypt’s firstborn, not only provides measure-for-measure justice with respect to an earlier pharaoh’s attempt to kill all Israelite male babies (Exodus 1). It also directly challenges the deified pharaoh himself as the source and giver of life to all his people—a “god” who, in the event, can keep alive neither his people nor his own son, the younger “god” designated to succeed him. The very ideology of pharaoh as the source of life predominates in the second millennium BCE, and especially in the writings of Ramesses II. It becomes far less pronounced in later periods.

Joshua Berman correctly observes that historical events are not subject to proof in the same manner as a mathematical equation, a logical proposition, or a scientific experiment that can be reproduced in a laboratory. Rather, historical “proof” normally emerges through the cumulative accretion of reliable witnesses or attestations. Those attestations may take the form of textual or literary similarities as in Berman’s comparison of the Kadesh inscriptions with the biblical Song at the Sea, two texts sharing a similar structural presentation that overall fits best in the period under consideration. They may also, as in my own comments here, take the form of details that, in their totality and singularity, provide persuasive attestation of their own. Together, the two forms combine in an account that suggests authentic and reliable witness to the beginnings of Israel as a people in the late second millennium BCE.

Tamara Berens
March
Was There an Exodus?
2. Response

How to Judge Evidence for the Exodus
1. Essay

Was There an Exodus?
3. Response

The Exodus: Case Not Proved
4. Response