The Exodus: Case Not Proved

The exodus as we know it didn’t happen. But it’s a great story. 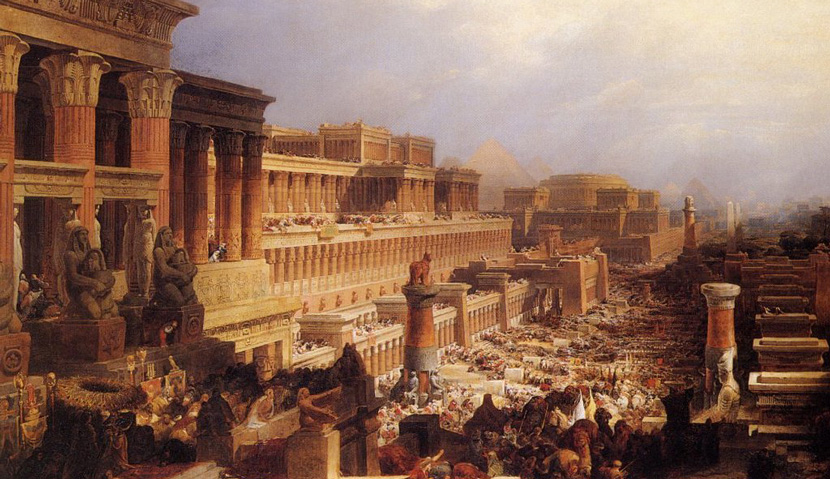 Departure of the Israelites, 1829, by the Scottish painter David Roberts. Wikimedia.

Response
Ronald Hendel
About the author


Ronald Hendel is Norma and Sam Dabby professor of Hebrew Bible and Jewish studies at the University of California, Berkeley. His books include Remembering Abraham: Culture, Memory, and History in the Hebrew Bible (2005) and The Book of Genesis: A Biography (2012).

To the question asked by Joshua Berman, “Was There an Exodus?,” the usual answer of modern biblical scholarship is: no. Berman, a professor of Bible at Bar-Ilan University, adduces arguments and evidence to suggest instead that a plausible, if qualified, answer is yes. As a biblical scholar, and as a liberal Jew, I’m tantalized by the prospect of new evidence for the exodus. But what Berman produces doesn’t convince me.

Some part of Berman’s analysis relies, as he acknowledges, on the work of other scholars, all of whom are cited by name in the forthcoming academic version of his Mosaic essay. Thus, he tells the story of the military camp of the Egyptian pharaoh Ramesses II (“Ramesses the Great,” reigned 1279-1213 BCE) at the battle of Kadesh in 1274. Bas-relief depictions of that camp on monuments built by Ramesses to memorialize his victory turn out to bear a striking resemblance to, in Berman’s words, the “design of the Tabernacle that served as the cultic center of the Israelites’ encampment in the wilderness” (Exodus 25-29).

This is not new, and Berman does not claim it is. Proceeding from such visual parallels, he then asks whether there might also be textual similarities between, on the one hand, the hieroglyphic inscriptions on those same monuments and the biblical narrative of the exodus and the clash at the sea between pharaoh’s pursuing armies and the escaping Israelites (Exodus 14-15). Examining the two sources at length, he arrives at the conclusion that “the totality of the parallels, plus the large number of highly distinctive motifs that appear in these two works alone” does indeed suggest a connection between the two. The biblical text, he writes, is directly dependent on the Egyptian account of the battle of Kadesh, and in his view represents an act of cultural appropriation and defiance, “putting forth the claim that the God of Israel had far outdone the greatest achievement of the greatest earthly potentate.”

This is indeed a new argument; but it is unconvincing. For one thing, most of the motifs cited by Berman can be found in many other Egyptian texts; they are formulaic and widely distributed. For another thing, even if Berman’s larger claim is correct, what would it demonstrate? That biblical literature sometimes draws on old Egyptian motifs—in the Joseph story, in Egyptian influences in the books of Psalms and Proverbs, and elsewhere—is a well-established fact. How does all this relate to the question of whether there was an exodus? As Berman himself candidly admits: “To be plain about it, the parallels I have drawn here do not ‘prove’ the historical accuracy of the [Bible’s] exodus account.” So what’s the point of the exercise?

If I had to speculate, I’d say that Berman, who has ordination from the chief rabbinate of Israel, is driven by his agitation over the “culture war” between liberals and conservatives in biblical scholarship, a subject to which he devotes a number of pages in his essay. As against “liberal” scholars who see no historical evidence for the exodus, he wants to believe that the event happened. Yet since he is a genuine scholar, he is forced to concede that the evidence, such as it is, is far from definitive. He’s in a conflicted place, where the heart says one thing and the head says another.

I would suggest that Berman makes the situation look worse than it really is. He asserts early on that, for many Jews, “were there no exodus, nearly all of Judaism’s sacred texts over the centuries would have perpetuated a great lie.” This is very uncharitable. He himself stipulates, after all, that lots of things in the Bible didn’t really happen. The Bible, he writes, “contains materials like the Garden of Eden story that seem frankly mythical in nature. It recounts supernatural occurrences that a modern historian cannot accept as factual.” If the story of the Garden of Eden doesn’t pose a problem, why should the exodus? However laced it may be with mythic motifs, a great story about liberation from Egyptian slavery and the birth of a new people is not the same thing as a “great lie.”

How then to think of the exodus story? In an essay included in a “liberal” conference volume cited by Berman, I have written that it is best described as an early Israelite cultural memory. The story draws on memories of the roughly four centuries of Egyptian rule over Canaan during the period of the Egyptian empire (ca. 1500-1150 BCE). Imperial rule propagated an ideology of Egyptian overlordship and Canaanite subservience, and there were indeed large numbers of Canaanite slaves across the empire—in biblical memory, a house of bondage.

As the Egyptian empire collapsed, a new polity called “Israel” (so named, as Berman notes, in the Merneptah stele from about 1205 BCE) emerged in the Canaanite highlands. It probably included some escaped slaves from Egypt. The people of Israel attributed their freedom to God’s mighty hand against Pharaoh. The house of bondage, which included Egyptian rule in Canaan, was replaced by freedom in the Promised Land. Exodus 14-15 describes this birth of freedom as a victorious battle in which God destroys Pharaoh’s army at the Red (or Reed) Sea that now marked the limit of Egyptian rule.

This story—a mixture of history, folklore, and literary imagination—crystallized the identity of early Israel. In its subsequent retelling and re-actualization at the Passover seder, it continues to shape Jewish identity to this day. Everyone present is a participant in this transformative event: as the Mishnah states and the Haggadah emphasizes, “In every generation, each person is obliged to view himself as though he came out of Egypt.” In other words, the exodus, which didn’t happen as a single punctual event, has been happening continually for thousands of years. It is how the people of Israel, from the early Iron Age until today, has narrated its emergence out of the shadow of slavery and into existence.

Jews have always told good stories. The Torah emphasizes that the exodus is just such a great story. God tells Moses that He hardened Pharaoh’s heart so that He could multiply His signs and wonders and thereby achieve a particular outcome: “so that you will recount [all this] in the hearing of your children and your children’s children” (Exodus 10:2). The point of the exodus is to be a transformative story told to every generation. It has succeeded.

Ze'ev Maghen
March
Was There an Exodus?
3. Response

The Exodus: Case Not Proved
1. Essay

How to Judge Evidence for the Exodus
4. Response