A Prescience of the Past

Bernard Lewis’s vast erudition, combined with his rare ability to let the past speak through him, enables him to grasp the present in all its depth. 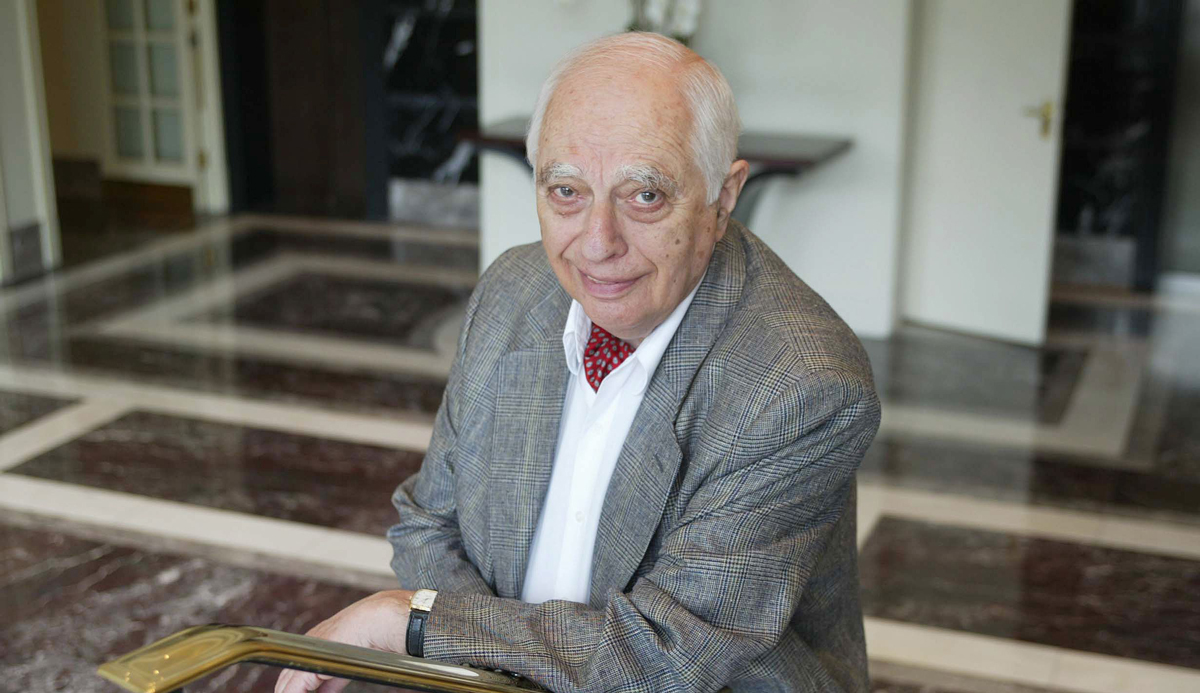 Response
Eric Ormsby
About the author


Eric Ormsby is the author of, among other books, Theodicy in Islamic Thought, Moses Maimonides and His Time, and seven volumes of poetry.

My old paperback copy of Bernard Lewis’s The Arabs in History (1950) has long since fallen to tatters, its individual signatures now detached, its margins festooned with comments, its pages dog-eared and smudged. It was the first work on Arab history that I read as a student, and if I cling to my battered copy to this day, it is not solely for sentimental reasons or because it remains unmatched as a concise account of a distant culture. The book enshrines an authorial passion that communicates itself to the reader. And my own clumsy annotations reflect that passion.

It seems to me that this same fascination with his subject has characterized all of Bernard Lewis’s many books on the Near East and on Islam. He takes a serious delight in history; there is a pleasurable momentum in his narratives; he carries his readers along with him. At the same time, there is nothing breezy or glib about his writing. Each sentence is laden with hard-won fact or, when facts are in doubt, with sensible and reasoned speculation.

In responding to my old friend and classmate Martin Kramer’s superb tribute, “The Return of Bernard Lewis,” I would add only a word or two about what strikes me as one of Lewis’s most impressive, yet least noted, accomplishments as a historian: his prose style. A master of English prose, he stands squarely in the great English tradition of historical writing; it is no accident that sly echoes of Edward Gibbon, as well as of other classic historians, may be discerned in his writing. These echoes are unobtrusive but palpable.

This is not to say that Lewis writes in some fusty and antiquated style but that his spare, swift, often ironic language carries a charge, a cluster of resonances. Nor does this have anything to do with what Lewis’s arch-critic Edward Said sneeringly termed his “veneer of omniscient tranquil authority.” Lewis is the least tranquil of historians. There is a nervous energy to his best sentences.

Consider this brief passage from The Emergence of Modern Turkey, his masterpiece of 1961:

Kemal Atatürk was a man of swift and decisive action, of sudden and often violent decision. A tough and brilliant soldier, a hard drinker and wencher, he was in all things a man of immense will and abounding vitality. By his contemporaries he was often called a dictator, and in a sense he certainly was. But in saying this one must remember that his rule was very different from that of other men, in Europe and the Middle East yesterday and today, to whom the same term is applied. An autocrat by personal and professional bias, dominating and imperious by temperament, he yet showed a respect for decency and legality, for human and political standards, that is in astonishing contrast with the behavior of lesser and more pretentious men. His was a dictatorship without the uneasy over-the-shoulder glance, the terror of the doorbell, the dark menace of the concentration camp.

This passage—I cite it and return to it often, as I do to my sadly tattered Arabs in History—reveals Lewis’s brilliance as a stylist. The contradictions of Atatürk’s character are caught in a few blunt epithets, but the whole capsule portrait is carefully qualified to convey an immediate sense of the subject’s “abounding vitality.” And though there are deliberately archaic touches—like the word “wencher” (which my spell checker keeps correcting to “wincher”)—the final, ominous phrases bring the portrait chillingly up to date. The prose is as swift as Atatürk himself: it possesses a stylistic aura, a savor of the past, that gives depth and subtlety to the portrait.

Lewis’s erudition, even more in evidence in his writing since his “retirement” decades ago, seems to me to have been constantly nourished by his love and reverence for language—not only the several Middle Eastern and European languages of which he has such a mastery but the English language as well. This abiding affection is much on display in his graceful translations of classical Arabic, Hebrew, Persian, and Turkish poetry collected in Music of a Distant Drum (2001).

The rare ability to let others, distant in time and culture, speak through him was already manifest in his indispensable two-volume anthology Islam: from the Prophet Muhammad to the Capture of Constantinople (1974): another of his books that I have read to tatters and taught from for decades. Here, in texts and documents that he himself translated directly from Arabic, Persian, Turkish, and Judeo-Arabic, we catch the words and sometimes the very inflections of long-vanished caliphs and viziers, merchants and mystics, rebels and dissidents.

Like Martin Kramer, I first met Bernard Lewis over 40 years ago. The occasion was a picnic reception at Princeton University to mark his arrival at the department of Near Eastern studies. Unfortunately for me, I had completed my course work and so had no opportunity to study with him. But I remember being struck from that first meeting by his unpretentiousness and by what I can only call a distinctive courtliness of manner. He brought a new rigor into the study of his field but it was, so to speak, a gentle rigor. His devotion to his students soon became legendary. In our occasional conversations, usually on library matters (I was then curator of Princeton’s Near East collections), I was charmed by his wit and rather feline sense of humor.

Some 30 years later, while serving in the 2000s as director of McGill University’s Institute of Islamic Studies, I had the pleasure of inviting Bernard Lewis to give a named lecture. To my surprise, several of my colleagues were outraged and noisily boycotted the lecture. For days before and after, the dread epithet “Orientalist!” could be heard, spat out angrily in the institute’s corridors. This fusty term, resurrected by Said’s slovenly and mendacious 1978 diatribe Orientalism, which singled Lewis out as a target, seemed to be the best my colleagues could come up with from their paltry arsenal of invective; so out-of-date did their indignation seem, they might as well have been hissing “poltroon!” Lewis, by contrast, not only gave a brilliant lecture but was as courtly and elegant as ever.

Martin Kramer writes of Lewis’s rare prescience. At the McGill lecture, it struck me that his was a special form of prescience, a prescience of the past, with all of its slippery mutations and nebulous certainties—and that only such prescience, founded on vast erudition, could enable one to interpret the present. It seemed to me then that Bernard Lewis, by that time well into his nineties, had grasped the present in all its depth while his detractors were still caught in some narrow time-warp.

In offering the warmest best wishes and congratulations to Bernard Lewis on his hundredth birthday, I have to admit to a certain sense of startlement. To his students and admirers, Bernard Lewis has always seemed ageless. As a scholar, teacher, writer, editor, and translator—and, latterly, as a sage—he has always been present, like the peak one glimpses from a window: reassuringly solid but various, too, ever receptive to the changing light.

A Prescience of the Past
1. Essay

Can One Be Simultaneously a Zionist and a Great Historian of Islam?
5. Response