As the long life of the Protocols attests, anti-Semitic passions are not just sincere, they’re hard-wired beyond any possibility of disproof by reason. 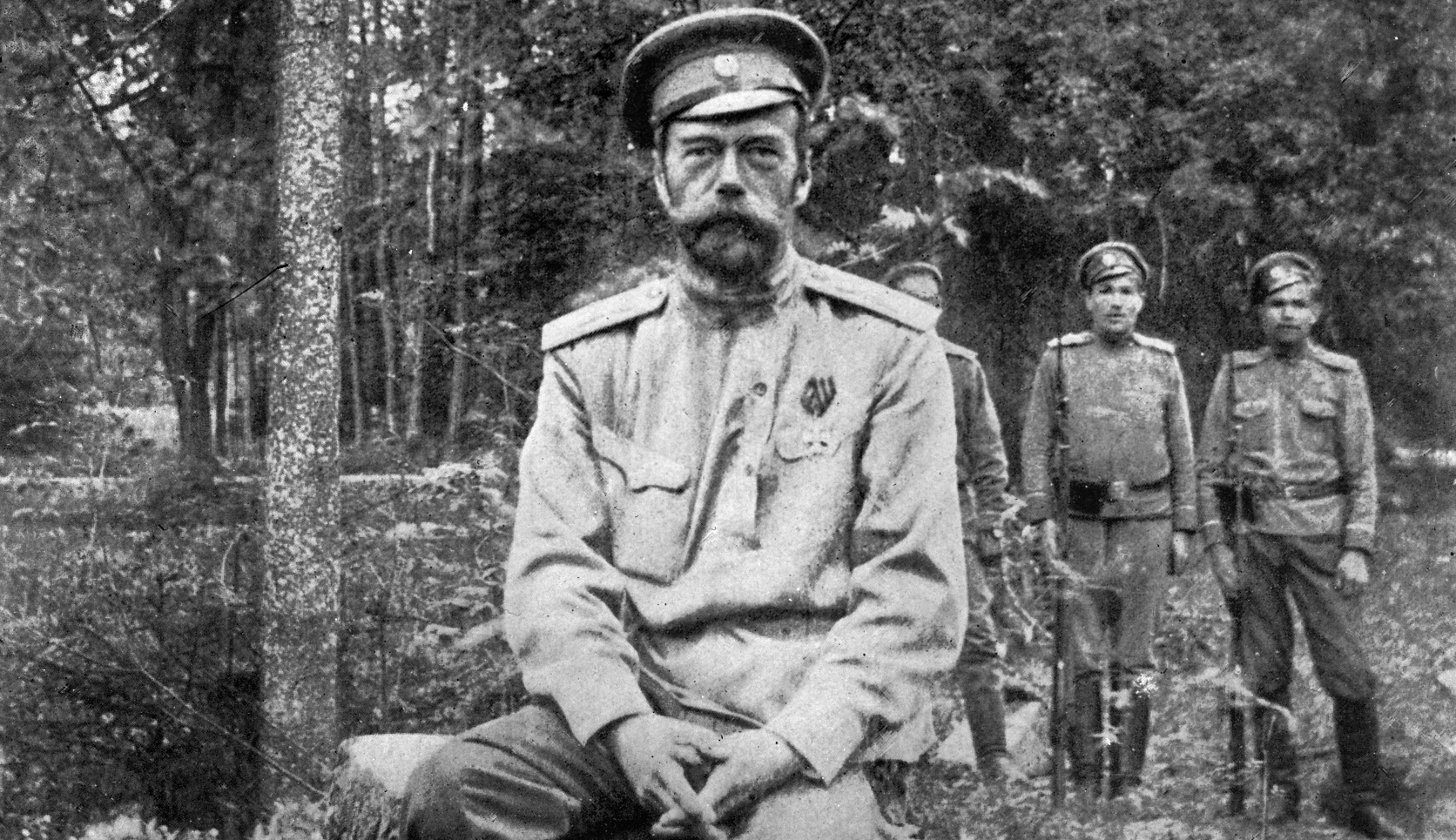 Tsar Nicholas II of Russia, a great believer in the Protocols. Wikipedia.

Response
Ben Cohen
About the author

“Only after World War I did the Protocols gain their immense influence,” Walter Laqueur observes in his eloquent essay on the “many lives” of that wretched fabrication. Its initial spread “from Russia to Western Europe and then to America” occurred, he reminds us, in the crucial period after World War I: “a time when all kinds of allegations and revelations bobbed to the surface concerning the secret forces behind the various political, social, and economic upheavals of the war years and their aftermath.” Not all of these allegations fixated upon the Jews. But the Protocols distinguished themselves by becoming a global phenomenon, whose memes and obsessions, as Laqueur demonstrates, have endured into our own public discourse today.

More than a century after the first appearance of the Protocols, that staying power raises an important question: if the Protocols had been exposed beyond doubt as a fabrication before Hitler’s sweat-drenched tirades in Munich’s beer halls, would their extraordinary influence have been stymied? Laqueur’s analysis suggests not—rightly, I believe. Still, according to one less-examined text on the Protocols’ murky history, Tsar Nicholas II, arguably the work’s most prominent champion, entertained precisely such a fear—the fear, that is, of disconfirmation—during the first decade of the 20th century. Examining this case may offer further insight into how anti-Semites sustain their conviction that the world is enslaved by a Jewish cabal despite all evidence to the contrary.

The source for the claim about Nicholas is contained in Protocols of Zion Wizards, a 1938 treatise by Vladimir Burtsev. Himself a fascinating and enigmatic figure, Burtsev was at once a Russian revolutionary and an implacable opponent of anti-Semitism who began his career opposing the tsarist empire before taking up the cudgels against the Bolsheviks and the Nazis. A former prisoner of the tsar, who saw spies and infiltrators in every corner, Burtsev famously asserted in July 1917 that “German agents have played a great role among the Bolsheviks” (an assertion dismissed rather too readily at the time as one more conspiracy theory), and gave Lenin and his comrades all the credit for delivering to Kaiser Wilhelm “what he had previously only dreamed about”: namely, an unconditional ceasefire in the war.

On the matter of whether the Protocols were a help or a hindrance in promoting anti-Semitism among his fellow Russians, here is what Burtsev had to report in 1938, when he was living in Paris. Four years earlier, he tells us, at a moment when the Nazis were doling out millions of copies of the infamous work, he had corresponded with the former St. Petersburg head of the Okhrana, the tsarist secret police, whom he refers to only as “G.” (probably General K.I. Globachev, the holder of that august office at the time). Determined to unmask the Protocols as the natural product of “blind, limitless rancor against the Jews,” Burtsev had asked “G.” several questions about the origin and mission of the Protocols, including the tsar’s attitude toward them.

If what “G.” told Burtsev is to be believed, a number of leading Russian nationalists, army officers, and monarchists, among them Tsar Nicholas, had been made uneasy about the veracity of the Protocols. So when, in the early years of the 20th century, after the Russian text appeared and rabidly anti-Semitic elements of the government began pushing for the work’s mass distribution, Piotr Stolypin, then the prime minister, commissioned a private investigation into its origin that proved it was a fabrication. On learning of this discovery, Nicholas issued an instruction, as Burtsev renders it in his émigré English, “to take out the Protocols. A clean case cannot be dealt with dirty means!”

Burtsev neatly catches the irony here: “For Nicholas II, the fight of anti-Semites against the Jews evidently seemed to be ‘a clean case’!” And that is perhaps the overarching point. The anti-Semitic passions of the time were not just sincere, they were hard-wired, beyond any possibility of disproof by reason. Hence the importance, for some of their adherents and advocates, of not compromising belief in them by association with a document whose validity would be the subject of constant rumors and theories.

As for Nicholas himself, even if he fretted that word of the Protocols’ devious assemblage might leak out, he remained a true believer in its substance till the end. (In 1918, Laqueur writes, the soon to be murdered tsar “spent the last weeks of his life excitedly reading passages from the Protocols to his family in a makeshift Bolshevik prison.”) But others who swore fiercely by the anti-Semitic doctrine of the Protocols were less serene, fearful that the lesser truth—its fabrication—might fatally undermine the greater, transcendental “truth” contained in it. As Laqueur makes clear in his essay, anti-Semitism is by necessity cavalier with the truth.

Which brings us to today. Laqueur’s overview of the contemporary mindset engendered by the Protocols suggests that, on the issue of the truth, there are now two schools of thought. They might be distinguished as “purists” and “modernists.” The purists, following the various Islamist preachers, Ba’athist ideologues, and Muslim leaders from Turkey to Gaza to Malaysia who cite the work as an article of faith, consume the Protocols wholesale. By contrast, the modernists acknowledge the warning of Tsar Nicholas II not to compromise the “clean case” against the Jews by sullying it with the lurid, fake packaging of the Protocols.

On some level, we might conceive of the large mass of purists as victims: living under corrupt and brutal rulers, denied the means of independent, critical thought, they are purists principally because some tyrant or warlord has determined they will be nothing else. But no such rationalization can apply to the modernists, most of them denizens of Western democracies, who traffic in rank Jewish-conspiracy theories while referring to the Protocols only obliquely, if at all.

Laqueur mentions a few of these choice individuals: Patrick Buchanan, John Mearsheimer, and Stephen Walt in the United States, Ken Livingstone and Jenny Tonge in Great Britain. We might also give the nod to Gérard Filoche, a prominent French socialist leader expelled from the Socialist party last month for sharing an image on Twitter depicting President Emmanuel Macron as the puppet of three leading French Jewish financiers.

All modernists share the common reflex of dismissing as a smear tactic any charge that they are anti-Semites. In their various ways, they have ensured that the essence of the Protocols—the fundamental insistence that the freedom of Jews necessitates the enslavement of gentiles—is as influential today as at any other time in recent history.

I say this because we can see plainly and on a regular basis the profound material impact of these poisoned conspiratorial notions. For example: in September and October, the Iranian regime, the Iraqi government, and Turkey all colluded in crushing the aspirations of the Iraqi Kurds who voted overwhelmingly for independence. Part of their justification for doing so was the fatuous lie that an independent Kurdistan would be—in the phraseology of Turkish President Recep Tayyip Erdogan, Iranian Supreme Leader Ayatollah Ali Khamenei, and Iraqi prime minister Haider al-Abadi—a “second Israel,” a new homeland for 250,000 Jews of Kurdish origin just waiting for the signal to colonize another part of Islam’s domain.

Or look at France, whose 750,000 Jews, despite constituting less than 1 percent of the population, were the targets in 2016 of 30 percent of violent hate crimes in the country. Over the last decade, there has been a growing trend of young criminals, frequently from immigrant backgrounds, targeting Jews for kidnapping and robbery as a consequence of the genuinely-held view that all Jews are rich. In one especially ugly instance last September, Roger Pinto, a Sephardi leader, was tied down by intruders in his Paris home who beat his wife and son as they demanded the liquid cash and jewelry that they knew, for sure, were stashed somewhere.

Where do these ideas come from? In the French case, there is a toxic blend of native anti-Semitism and streetwise Islamist loathing of the snooty Jews, most of which can in fact be traced back to the Protocols. In the case of Erdogan and the others, anti-Semitism is a political strategy, based on deeply-held convictions about how Jews, as a global collective, manipulate power. In the other cases in Europe and America discussed by Laqueur, any charge of anti-Semitism, after being instantly characterized as merely another tool in the armory of the Jewish lobby, is countered with a seemingly inexhaustible stream of novel and inventive conspiracy theories: that Hitler “supported Zionism,” that the IDF “smuggles human organs,” that Jews stand in equal measure behind, on the one hand, “globalists” like George Soros and, on the other hand, “fascists” like Donald Trump, that the hand of Israel lies behind the barbarians of Islamic State—and so on and so forth.

In the final analysis, anti-Semitism is a dirty case that can be advanced only by dirty means. The anti-Semites of Tsar Nicholas’ time may not have been entirely convinced of that, but any lingering doubts have long since been dispelled.

More about: Anti-Semitism, History & Ideas, Protocols of the Elders of Zion

The Many Lives of "The Protocols of the Elders of Zion"
3. Response

How the "Protocols" Emboldened a Notorious Far-Right Russian Party
4. Response