The Impact of the Bible

What better explains the sudden rise of republican government in the 16th and 17th centuries than the new and widespread availability of the Bible? And that’s not all. 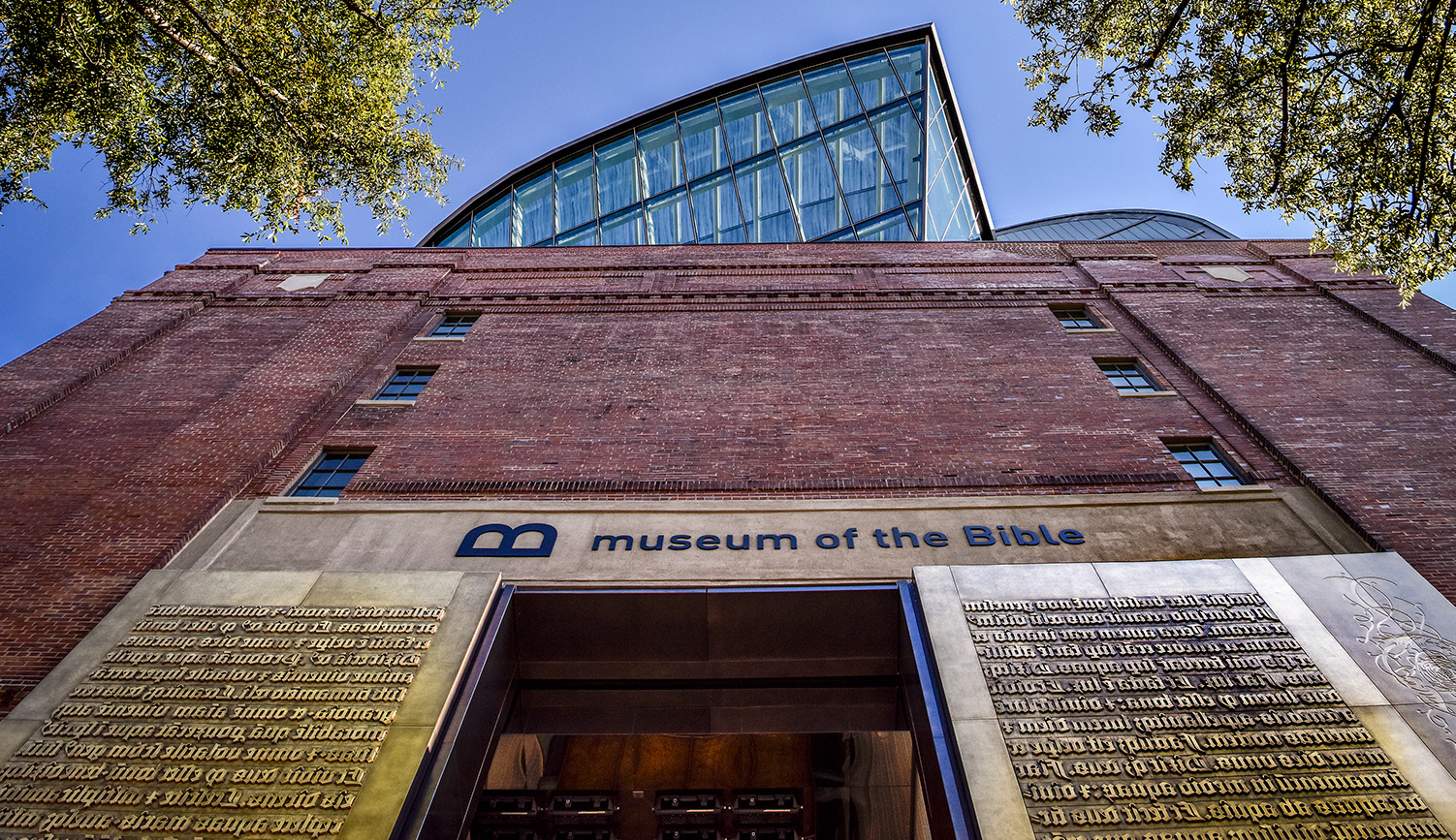 
Diana Muir Appelbaum, a writer and historian, is at work on a book about nationhood and democracy. Her museum reviews have appeared in the Claremont Review, the New Rambler, and elsewhere.

My thanks to Edward Rothstein, Peter Wehner, and Jon D. Levenson for their stimulating responses to my essay on the Museum of the Bible. In these final comments, I’ll be bouncing more or less freely off of theirs.

Let’s begin with the issue of “whose” Bible, exactly, the museum has in mind. Responding to my remark that Jews and Christians historically “made slightly different choices about which books to include in the biblical canon,” Jon D.Levenson gently reminds us that the Christian decision to include the New Testament in the canon was more than a “slightly different choice.” Of course I agree: it was a choice of a wholly different magnitude from deciding whether or not, for instance, to count the book of Judith as scripture.

Still, it is not inconceivable that Christianity, a faith born among Jews in the Holy Land, might have taken the path eventually chosen by Islam and rejected the Hebrew Bible altogether in favor of regarding only the New Testament as the word of God. This possibility was raised—and definitively dismissed—by the Church in the second century, thus paving the way for the Museum of the Bible today to present the Bible as shared Jewish and Christian scripture.

And what of Islam? Might early Muslims have decided to canonize three testaments, adding the Quran to the New Testament and Hebrew Bible? Perhaps—but, although the Quran paraphrases the Bible extensively, the new faith chose to regard only the Quran as the pure word of Allah. According to Islam, God’s word was given to Moses, and given again to Jesus. Muslim tradition casts Jews and Christians as faithless stewards who corrupted the divine word, making it necessary for Allah to give the Quran a third time. This time he chose Muhammad, who transmitted his word perfectly.

After the Mediterranean world split into two halves, one Muslim and the other Christian, the Quran (and other historical factors) would shape Muslim culture while the Bible shaped the West, in ways that continue to account for many of the political and cultural differences between Muslim and Western countries. The ideas and assumptions of the Bible—including such political ideologies as anti-imperialism and egalitarianism—reverberate in ways so deeply embedded in Western culture that we have forgotten where they came from.

And the Bible continues to matter in other ways as well—because, as Peter Wehner writes in his response, “For millions upon millions of [Americans], religious faith is . . . a source of strength and attachment, indeed a bulwark of the larger national enterprise.” Rev. Martin Luther King, Jr. once memorably remarked that eleven o’clock on Sunday morning was the most segregated hour in American life; but it was also a deeply unifying hour. Mrs. King went to church wearing the same pillbox hat and tailored suit that every middle-class matron in America wore to church that year. In churches and synagogues across the land, moreover, Americans understood themselves to be praying to the same God (even if Jews and Seventh Day Adventists did keep a different Sabbath day holy).

As Wehner also reminds us, “taking to heart the [Bible’s] message deepens people’s commitment to and caring for others.” Similarly, citing George Washington’s expressed doubt “that morality can be maintained without religion,” Jon Levenson stresses the first president’s conviction that “the source of virtue—the pre-political, non-state seedbed of the national character necessary to sustain the American experiment—lay in religion.”

By contrast, the near-consensus among the chattering classes that the mere existence of a Museum of the Bible in downtown Washington is illegitimate, even dangerous, underscores how rapidly today’s educated Americans are abandoning religious faith. In this respect, I share Levenson’s concern over whether an increasingly secular America can continue to be a notably decent and safe society, or whether we are instead coasting on “the residual momentum of [religion-based] commitments that have weakened or disappeared only in recent decades.”

To return to the theme of interreligious differences and the difference they make: Levenson is again on point in writing that, even setting aside the larger issue of the canon, the “Bible” known by Jews and Catholics differs from that known by Protestants. Jews and Catholics continue to understand the Bible in the light of commentators, scholarly experts whose interpretations have shaped the meaning of an often opaque and ambiguous text for upward of two millennia. In comparison, the Museum of the Bible is indelibly Protestant because its creators are imbued with Martin Luther’s radical idea of sola scriptura. Luther informed Christians that, to understand the Bible, there was no need or reason to rely on the interpretations of scholars. “[The Bible] is itself, in itself, its own most certain, least difficult, most obvious interpreter of all things, testing, judging, and illuminating all.”

It’s difficult to overestimate the intra-Christian revolution thus effected by Luther. Before him, the Bible was conveyed to Christians within the frames of understanding created by the great commentators, reaching clergy and laity alike in song, story, sermons, and paraphrases. In recounting the story in scholarly Latin or in any of Europe’s many vernacular languages, such paraphrases might routinely reorganize the text, clarify ambiguous parts, and omit material deemed unimportant.

The dominant scholarly paraphrase of the Middle Ages, the 12th-century Historia Scholastica, was both the textbook from which students training for the priesthood learned what the Bible said and a reference book to which all but the most erudite scholars turned. The most popular paraphrase was the 13th-century Golden Legend—both a condensation and, as it were, a movie version. (Imagine going to see the 1959 film Ben-Hur in the belief that it was an accurate rendition of the Gospels.) In the eight decades between Gutenberg and Luther, printed editions of the Golden Legend far outsold Bibles.

Luther translated and published every book of the Bible in German, beginning in 1522 with the New Testament and releasing a complete Bible in 1534. Other languages followed. William Tyndale’s translation of the New Testament into English appeared in 1525, followed by the Pentateuch. Miles Coverdale finished the books Tyndale had not yet translated by the time Henry VIII arranged to have him executed.

And then came the real revolution. Undergraduates, to whom Renaissance humanism had begun to feel outdated, were among the first to take Luther at his word and read the text straight through. Ordinary men and women also began forming groups to read the Bible, in secret where necessary.

Was it mere coincidence that, within a half-century, Bible-reading Netherlandish Christians had successfully rebelled against the Hapsburgs and founded a Dutch Republic? Although it took them another half-century decisively to defeat the imperial Hapsburg army, in that half-century the Dutch Republic became the wonder of the world. A marshy backwater governed by rebellious, Bible-reading commoners had suddenly become the richest, most tolerant, freest country in the world; it boasted clean, safe streets and careers open to talent, and was governed by an elected council. The Dutch Republic was far from egalitarian, far from perfectly democratic—a wealthy elite rapidly tightened its grip on power—but its very existence was a miracle of biblical proportions.

England, for its part, would soon wrest power from its kings, beheading one in the process. Even before the English secured government by parliament, an astonishing series of Bible-reading republics was created across the Atlantic in New England. They were built by a mass migration of 30,000 like-minded Puritans who left England between 1630 and 1640, settling on a coastline where the relatively sparse native population had been decimated by European diseases inadvertently introduced by fishermen.

The New England colonies—effectively self-governing until the 1760s—were the most democratic, egalitarian, and prosperous countries the world had seen since the invention of farming. Only Athens in its golden age and the early Roman republic are comparable.

I recount all of this by way of returning us to Peter Wehner’s well-taken assertion that “the Bible changed lives, and changed the world, for the better.”

Finally, a few comments on what’s in—and what’s not in—the museum’s floor of exhibits titled Impact of the Bible.

Novel ideas had come tumbling out of the Protestant translations of the 1500s, ideas not visible in the Vulgate, the Church’s Latin translation done by Jerome in the late 4th century. This was in part because Erasmus, Luther, and Tyndale were humanists who worked from the Hebrew and Greek, not from Jerome.

One example of how significantly the new translations differed can be found in the New Testament book of Acts 14:23. The Vulgate reads, “And when they had ordained to them priests in every church.” Tyndale instead translated the Greek as, “When they had ordained them elders by election in every congregation.” Priests, as everyone knew, were ordained in apostolic succession by a priest who himself had been ordained by a priest in an unbroken chain beginning with the apostle Peter. Empowered by Acts 14:23, Puritan congregations themselves now elected the men to lead them, and ordained the minister. This was a radical empowerment of the common man.

If the differences between the Vulgate and the new translations exerted one “impact of the Bible,” a larger impact came from the fact that, before the Reformation, Christians had understood the events and the people in the Hebrew Bible as anticipatory metaphors of the story of Jesus’ birth, life, crucifixion, and resurrection. Those events, although they had happened long ago, occurred in a familiar sort of place, a place very like Bohemia or France, populated by peasants, aristocrats, bishops, and a king.

As against this, Christians inspired by Luther to open a Bible and begin reading from Genesis stumbled into a new and unfamiliar Israel. For one thing, in place of serfs and noblemen, the Bible presented a land inhabited by smallholder farmers. This shockingly new Israel was a people and a nation that, chosen by God, had taken its fate into its own hands at Sinai, decided under Samuel to have a king, and under Hezekiah resisted conquest by a great empire.

Reading this chronicle, a whole series of peoples, including the Hungarians (then under Ottoman rule), the Dutch (under imperial Hapsburg rule), the English (threatened by a dynastic takeover of their island by the French or Hapsburg royal houses), and the American colonists now saw themselves as chosen peoples, nations that like ancient Israel were defending their right to sovereignty against powerful foreign enemies. In the process, the Dutch became independent, Britain became the Mother of Parliaments, and self-governing, freehold farmers founded an enduring American republic.

New museums are like new nations; the potential is clear, but it is hard to predict what path they will take. For my part, I hope that curators will become bolder about outlining the “impact of the Bible” not only on the sudden rise of democratic government in the 1500 and 1600s but on an array of political ideas ranging from pacifism to Marxism.

Which leads me to conclude with Edward Rothstein’s acute observation that, in its discussion of the impact of the Bible on Western civilization, the new Museum of the Bible “may not go far enough.”

Postscript: I take this opportunity to note a regrettable error of fact in my essay: the Vatican’s special exhibit for the museum’s opening did not include original items, as I wrote, but only replicas. The mistake has since been corrected.

The Impact of the Bible
1. Essay

Who's Afraid of the Museum of the Bible?
2. Response

The Bible Has Long Deserved a Museum. Now it Finally Has One.
4. Response

A Museum for the Bible in a Religiously Diverse Land