This is a response to The Message from Jerusalem, originally published in Mosaic in January 2020 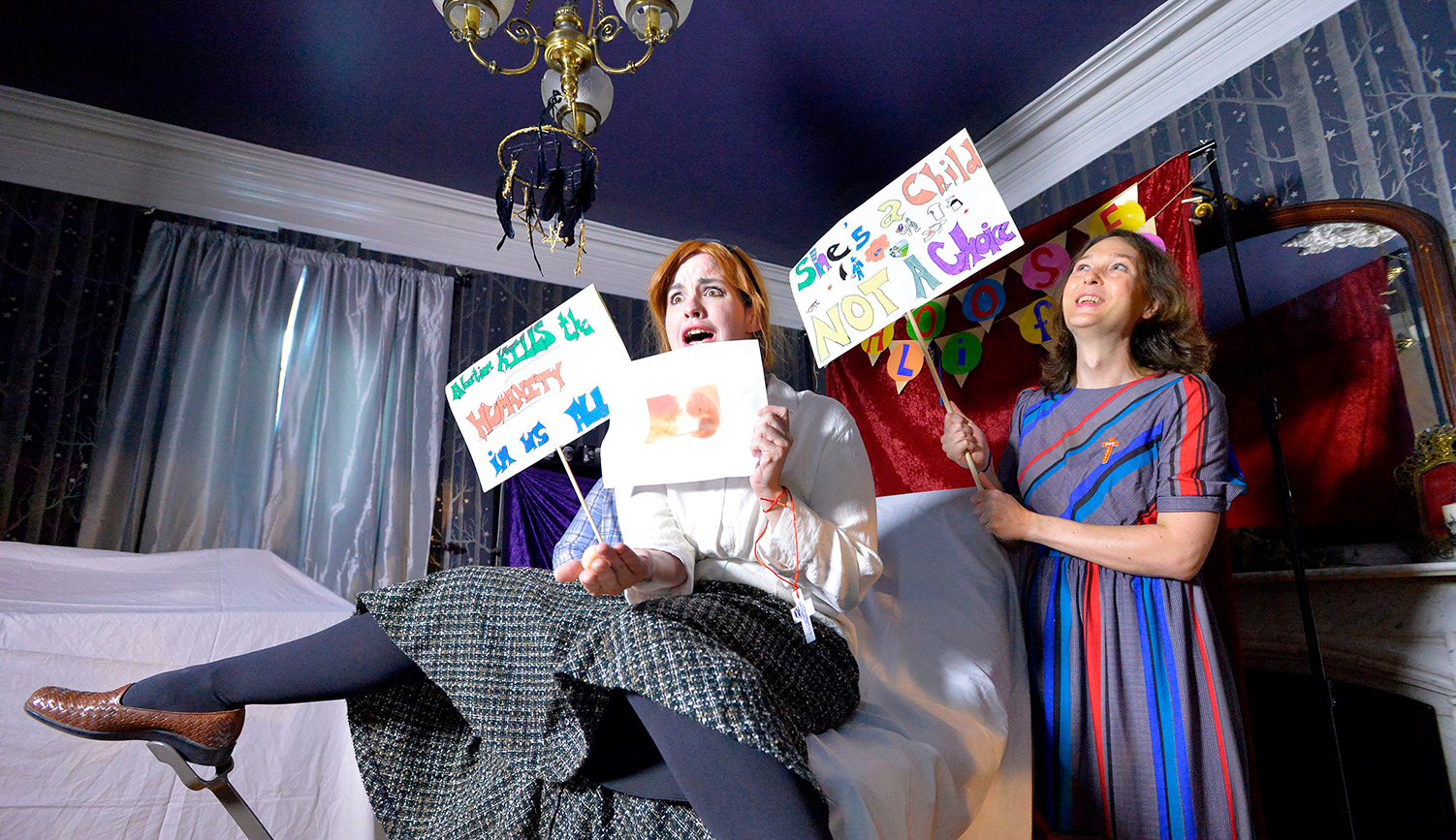 Eric Cohen’s thoughtful, provocative reflection in Mosaic on Attorney General William Barr’s Notre Dame lecture analyzing America’s contemporary cultural and social challenges is especially welcome in light of the caterwauling that followed Barr’s address. Much of the howling came perilously close to “the fascists are coming!” brand of hysteria-mongering that now seems the default reaction, in the progressive/mainstream-media/secularist commentariat, and on the American left in general, to any effort to reconnect American democracy to its religious, cultural, and moral foundations.

Attorney General Barr’s analysis and Cohen’s outline in his essay of a cure for what ails us run parallel to arguments I have made over the past decade, most recently in a 2017 lecture in which I suggested that healing the cultural fractures in our republic and recreating a civil debate about public policy would likely require a religious revival on the scale of a new Great Awakening (the fourth or fifth in American history, depending on who’s counting). Cohen proposes that seeds of such an awakening can be discerned in the enthusiasm many American Christians feel for the state of Israel.

Of course, that enthusiasm has multiple sources, some of which lead us into quicksand pits of biblical interpretation that must be avoided lest the Bible be reduced to a movie trailer. But at a much deeper level, Cohen suggests, the Zionist experience and the affirmation of it by many Christians demonstrate, against all secularist expectations, the continuing truth and real-world potency of the “Hebraic vision” of the human condition: both in that vision’s moral realism about the here-and-now of history and in its eschatological hope for the promised renovation of all things.

As Cohen knows, that hope, properly understood, is more than a pious dream; it can and should be a horizon of aspiration guiding reflection on how we ought to live together in the here-and-now. And it was Christianity, as Cohen generously (and correctly) notes, that universalized this Hebraic hope by bringing it to “the nations” and thus helping to embed it in the civilizational foundations of the West.

The great German Jewish theologian Franz Rosenzweig would have agreed with this reading. And so do I.

I also concur with the unsparing description, by both Barr and Cohen, of some of the more severe and dangerous manifestations of today’s assault on what Cohen calls “Judeo-Christian civilization.” These include: the irrationality of the proponents of abortion-on-demand and the related LGBTQ agenda, leading to the kind of unhinged behavior seen during the confirmation hearings of Justice Brett Kavanaugh; the degradation of our universities by a virulent identity politics that mocks any serious notion of academic freedom (or reason, for that matter); the grim determination of secularists to drive not just religiously-grounded argument but also religiously-informed philosophical and legal argument out of public life and public service; and the capture of the Democratic party by fevered activists who regard the God of the Bible as the enemy of human maturation and liberation.

About this ably drawn, if deeply worrying, scoresheet of pathologies I would only note that today’s “anti-biblical civilization” has its roots in what the French Jesuit theologian Henri de Lubac called, in a 1942 book, “the drama of atheistic humanism.” This, de Lubac suggested, was something genuinely new on the Western cultural scene, and something genuinely dangerous. Of course there had always been atheists. But they were typically marginal figures, and whatever projects they may have proposed had far more to do with individuals and their crotchets than with whole cultures.

By contrast, de Lubac argued, the new atheists sought to hijack the great project of Western humanism by emptying it of religious content—indeed, by declaring biblical religion inimical to it. Thus, in their various ways, such figures as Auguste Comte, Ludwig Feuerbach, Karl Marx, Friedrich Nietzsche, and other creators of 19th-century European high culture taught the West that the God of the Bible must be jettisoned if humanity were to become truly adult and truly free.

This was not only unprecedented, de Lubac wrote; it was also a great inversion, for the God of the Bible had in fact come into history as a great liberator—whether the liberation in question was from the blood-lust of Moloch or the whims of Olympian gods, against which even the strongest humans were powerless. Yet, no matter how inverted, perverted, or historically ignorant it was, the new “atheistic humanism” became one of the principal drivers of the high culture of the West. After a long, Gramscian march through the institutions, it has lately produced the likes of Rep. Alexandria Ocasio-Cortez (D-NY) and others of similar sentiment—politicians who don’t know Nietzsche from Nixon but who are nonetheless firmly convinced that biblical religion, the morality it teaches, and the way of life it informs are Bad News and must be expunged from the American public square in the name of what they understand as freedom and authenticity.

One may ask: is it really freedom and authenticity, or something else? For, as the late Irving Kristol used to argue, human beings are naturally “theotropic.” And if the true God is exiled, false gods—beginning with the false god of the imperial autonomous Self—will be worshiped, with the grave public effects of deracination and decadence memorably on display in the case of a certain golden calf (see Exodus 32).

As his biographer, I am touched by the reference to Pope St. John Paul II with which Eric Cohen concludes his reflections, focusing especially on the late Polish pontiff’s epic pilgrimage to Jerusalem in March 2000. What, one wonders, would John Paul II say about Cohen’s prescriptions for addressing our current crisis of cultural decadence and loss of civilizational morale?

He would certainly agree with Cohen’s call to Christians to speak boldly in defense of what both revelation and reason teach us are the truths that liberate us, in the deepest meaning of human freedom—which is freedom for excellence, nobility, and solidarity, not the childish freedom of “I did it my way.”

He might also suggest that we explore the possibility of forming a coalition of all those committed to what Václav Havel called “living in the truth,” whatever their relationship to biblical religion. The pope’s achievement in igniting the revolution of conscience in East Central Europe that gave the political revolution of 1989 its unique texture may not be replicable in all particulars in the 21st century. But given the hard facts of a decline of religious belief throughout the West, any effective coalition of cultural reformers capable of setting the foundations for a renewed (and rational) democratic politics is going to have to involve both believers (who find their ultimate warrants for moral truth in revelation and who then refine that commitment by reason) and nonbelievers (who come to those truths through the arts of reason alone).

Assembling and sustaining that coalition is not going to be easy. But it was not easy in Communist-dominated Poland and Czechoslovakia in the late 1980s. Besides, whatever the difficulty, the task is likely imperative.

Finally, I think the late pope would be encouraged by what I discovered in Jerusalem in 2015 while leading a Tikvah Fund institute on religion and democracy. In my previous visits to Eric Cohen’s iconic city—which is also, of course, a very real place, and important for that reason as well—such discussions of religion and democracy tended to be polite but rather sterile; it appeared that the only available Jewish interlocutors for a Catholic thinker like me were open-minded and courteous but thoroughly and irretrievably secular. In 2015, by contrast, I experienced a new determination among younger Israeli scholars, primarily modern-Orthodox in their religious orientation, to develop a biblically informed and philosophically sophisticated theory of Israeli democracy in particular and of the Western democratic project in general.

Here was a discussion with a future, I thought. Here was a first glimpse into the possibility of a Jewish and Israeli theory of democracy that, rather than imagining that serious reflection on the democratic present and future can only begin with John Locke, incorporated into its thinking the “Hebraic vision” of human nature and human relationships,. The evolution of such a theory in Israel would certainly reinforce parallel work by Jews and Christians throughout the rest of the West.

The American democratic experiment is in serious trouble. It’s in trouble, fundamentally, because the Western civilizational project is in crisis; because the effects of that crisis on America’s public moral culture have been severe; and because a decayed public culture cannot but yield a decaying politics. Attorney General Barr was courageous enough to point this out at Notre Dame, despite what he must have known would be the fusillade of opprobrium that followed. Eric Cohen’s essay is another exercise in courage, for he is challenging both his fellow Jews and his Christian friends to engage in a long, difficult, countercultural campaign of cultural resistance for the sake of cultural renewal, and that is going to be costly.

Bill Barr, Eric Cohen, and I agree with the claim of Hatikvah that “our hope is not yet lost.” But just as the realization of that hope in founding and defending the state of Israel demanded and demands sacrifice, so, too, will realizing the hope that the West can be rescued from its own self-inflicted cultural wounds and given a new birth of freedom lived nobly.