The Problem of (Jewish) Positive Thinking

The belief that we can manifest good wishes and look inwards to find God has a long history in the United States. Its influence has left many of the nation’s Jews deluded. 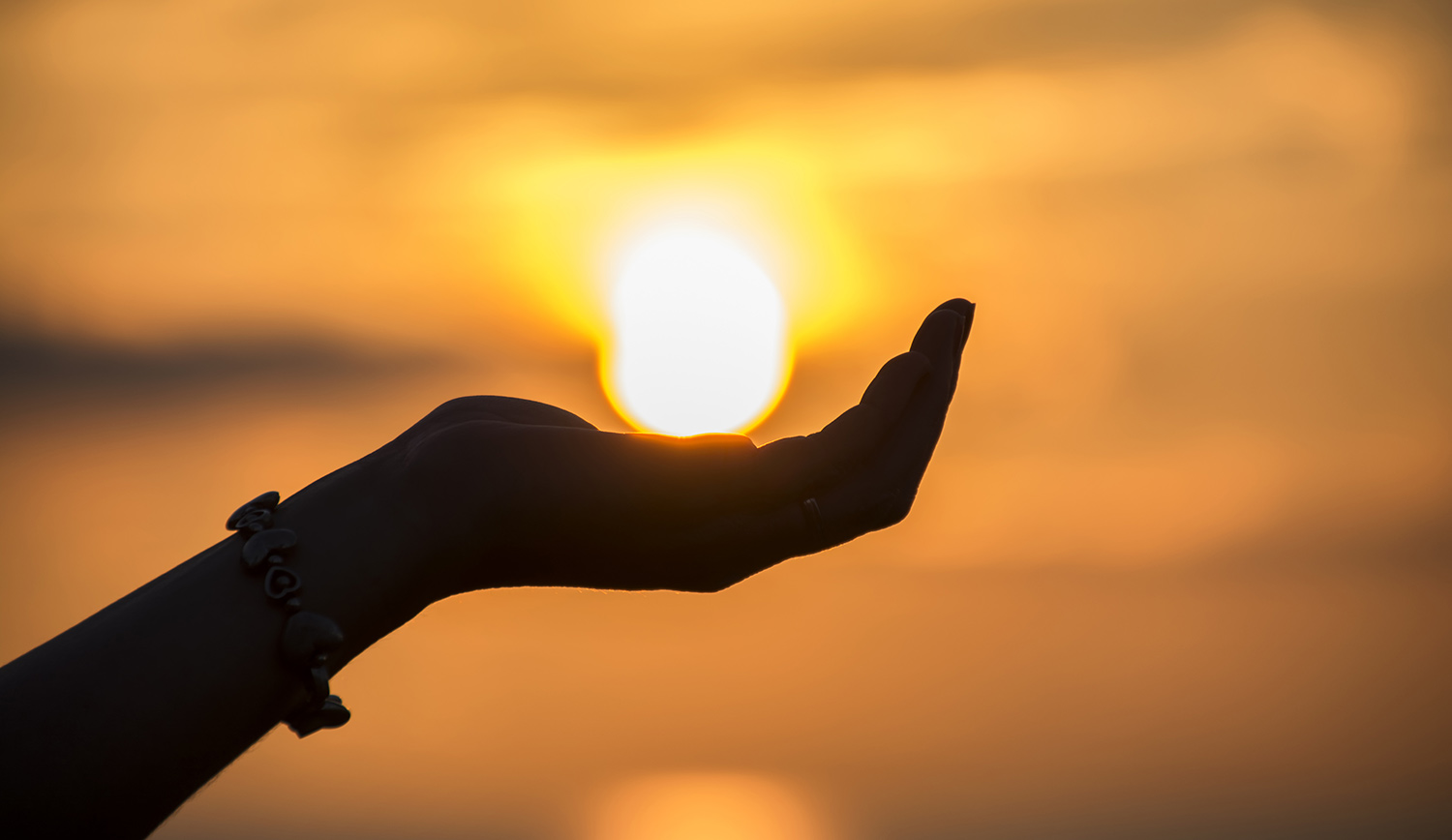 
Tara Isabella Burton is the author of Strange Rites: New Religions for a Godless World. A contributing editor at American Purpose and a columnist for Religion News Service, she holds a doctorate in theology from Trinity College, Oxford.

Daniel Gordis is right to cite the American tradition of optimism as a key to understanding the difference in mentality, and what he calls attitudes of “resilience,” between America’s liberal Jewish denominations, on the one hand, and Orthodox and Israeli Jews, on the other. He is right, too, to identify the quintessentially American “assumption that nature’s providence would always satisfy American desires, coupled to a relative absence of concern about security,” which is, as he notes, “precisely the opposite sensibility of that which is formed by traditional Jewish devotion.”

Indeed, he could go further. Gordis focuses largely on the implicit secularization—and “Americanization”—of American Jews, who “have ceased engaging [the traditional Jewish] canon, have ignored much of the [Jewish] calendar, and have rewritten the liturgy, [so that as a consequence] they are finding that a rewritten liturgy is now rewriting them.” But to understand what looks—at the outset—to be “secularization,” we must trace the history of a parallel spiritual movement in American religious history, one that dates back almost to the founding of American history itself. The conflation of divine providence with material success, and with it the assumption that a combination of piety mixed with self-confidence would yield “positive” results is one with a long, complex history in the American religious tradition.

Submission to the divine and valorization of the self might seem like opposing tendencies, but we can trace the roots of this optimistic amalgam back to the early 19th century. The post-Romantic Transcendentalist vision, as exemplified in the writings of New England philosophers like Henry David Thoreau, Ralph Waldo Emerson, and Amos Bronson Alcott, emphasized not just Emerson’s famous self-reliance, but also the image of an inner divinity. By paying attention to the self—its wants, its needs, its intuitions—we could attain a degree of spiritual enlightenment, connecting the divinity within us with the wider workings of metaphysical forces outside of us. Human beings, the Transcendentalists argued, put too much faith in society and its institutions, rather than the uncorrupted hearts and desires of individuals, losing in the process their connection with the authentic and highly subjective divine. “The height, the deity of man,” Emerson wrote in 1842, “is to be self-sustained, to need no gift, no foreign force. Society is good when it does not violate me; but best when it is likest to solitude. Everything real is self-existent. . . . All that you call the world is the shadow of that substance which you are, the perpetual creation of the powers of thought, of those that are dependent and of those that are independent of your will.” In practical terms, Emerson and the religious tradition he here articulates is intuitional, rather than institutional, spirituality. Intuitional spirituality centers religious observance around the divination of the self.

But only when the Transcendentalist faith in the self met the language and mechanisms of commerce, contemporary American optimism could fully flower. Heavily indebted to the inwardness of the Transcendetalists, the New Thought movement flourished in the 1860s, and became a cultural phenomenon in its own right. First proliferated by Phineas Quimby, a New England clockmaker turned traveling mesmerist, the New Thought movement taught that external, physical manifestations of human life—from health to wealth—could be affected by our thoughts. We would attract good or bad energy by our own mentality. But, Quimby and his later followers argued, such a mentality could be taught and trained. By meditating on our desire goals and success, we could achieve them in this life. Spiritual enlightenment was inexorably linked to personal achievement.

Early New Thought mostly focused on health: using the “mind-cure” to alleviate disease. By the time of the Gilded Age, self-help gurus like Charles Benjamin Newcomb and William Walker Atkinson touted the method as a means of attaining wealth. Religion and the market economy, New Thought and faith in capitalism were inexorably linked: American industry made possible new categories of spiritual assessment, for if you weren’t getting rich, you probably were not trying hard enough.

“Anything is yours, if you only want it hard enough,” wrote Atkinson in his 1902 handbook Thought-force in Business and Everyday Life. “Just think of it. Anything. Try it. Try it in earnest and you will succeed. It is the operation of a mighty Law.” James Allen wrote in 1901 that “A man does not come to the almshouse or the jail by the tyranny of fate or circumstance but by the pathway of groveling thoughts and base desires.” There was little role for theodicy in these writers, no sense that human life might contain unavoidable misery as part of its very nature. Even Job, these writers would have argued, just wasn’t thinking positively enough.

In the 20th century, and beyond, New Thought has so deeply permeated our American cultural consciousness that it has become a kind of civil religion itself. It’s an integral part of the prosperity gospel, a doctrine taught in as many as 40 percent of Christian evangelical churches that holds that tithing and prayer are necessary to achieve financial rewards: God will bless those He favors with riches. (Sixty-one percent of American Christians say that God wants them to be rich.) It is also at the heart of progressive wellness culture, with its focus on self-care, positivity, and “good energy.” The language of the 2006 self-help smash book The Secret, by the Australian writer Rhoda Byrne, made famous by its promotion on the Oprah Winfrey show, is pure New Thought, through and through. “If you’re feeling good,” Byrne writes, “then you’re creating a future that’s on track with your desires.” Good things, in other words, only ever happen to good people.

This distinct brand of American intuitionalism, and its faith in the confluence between a morally good life and a pleasurable one, cuts across political and economic dividing lines of American culture. The rich and the poor, believers in the Christian or the secular faith, almost everyone harbors more than an optimism that things will work out, in some nebulous third act, but indeed a conviction that we, personally, have the power to manifest good fortune in our own lives—and, conversely, that if we don’t, it’s our fault. One consequence of capitalism’s shaping power in American culture is that we tend to link material success to ideas of what we deserve as a function of our moral character. From our politics to our cult of “wellness,” from Christian prosperity gospel preaching to New Age mantras, the legacy of New Thought is everywhere, including in those Jewish denominations, described by Gordis, that have most accommodated themselves to the ambient American culture.

The consequences of allowing Christianity and Judaism to be remade in the image of American intuitionalism include a profound cultural inability to contend with the world’s challenges, to understand individual misfortunes as part of wider social structures in need of reformation, and to accept that sometimes, the evil in this world is more than we can understand or bear. In thrall to the Transcendentalist notion that, at its core, society is our enemy, we cannot see ourselves as part of a collective, first, and individuals second.

As Americans, we have lost the ability to contend with suffering we cannot fathom, with the mysteries of illness or death. The promise of American intuitionalist religion—that we can look inwards to find God—has manifested itself as a kind of dreadful responsibility: we are miniature Gods, responsible alone for our own misfortunes, even as we convince ourselves that, with the right amount of self-care, meditation, and positive thinking, we can manifest happy and successful lives, and in so doing prove that we’re the subjects of divine favor. As Gordis writes, of Americans since the 1950s, “dwelling on the inevitability of suffering was increasingly relegated to the margins of their experience and their consciousness.” But such a refusal to “dwell” is much older than the past few decades. It’s become part and parcel of our implicit civil religion.

How America's Idealism Drained Its Jews of Their Resilience
3. Response