How to Fight Anti-Semitism on Campus 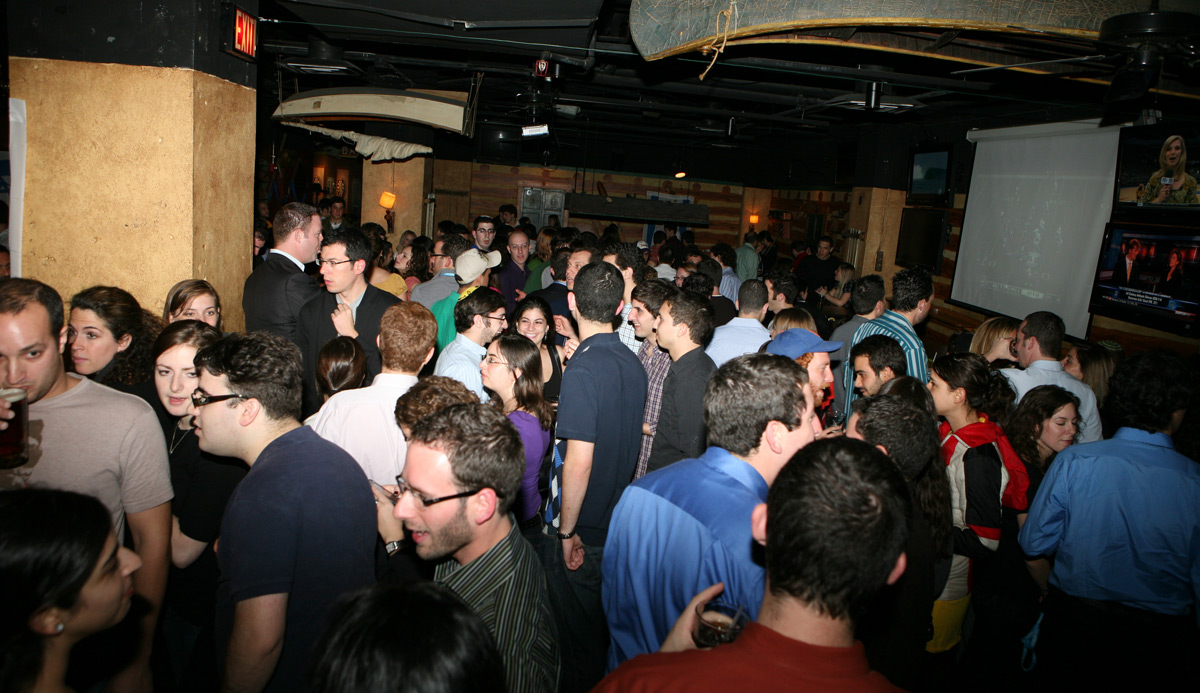 Response
Bari Weiss
About the author


Bari Weiss is the author of How to Fight Anti-Semitism. She is a former opinion editor and writer at the New York Times.

During the fall of 2005—my sophomore year at Columbia—I took a lecture course on the history of the Middle East taught by a then untenured professor named Joseph Massad. One of my classmates, whom I’d met the previous year in a freshman literature seminar, was a Californian and a genuine Valley girl—naturally blonde and thin, but without the attendant ditziness. On one of my frequent weekend forays downtown, I ran into her in the subway. She had gotten to know me fairly well in that small freshman seminar, but now she confessed she had a question. You’re a reasonable, good person, she said. So how can you be a Zionist?

Her question was entirely sincere. The farthest thing from an activist or rabble-rouser, she was simply curious how I, certainly no obvious racist, could support the last bastion of white, racist colonialism in the Middle East—which was what she was now learning about Israel. We certainly heard nothing from Massad himself to suggest that, contrary to the infamous 1975 resolution of the UN General Assembly, Zionism was not racism. Nor did we encounter any text to that effect. Our one assigned book on the Jewish state was Israel: A Colonial-Settler State? by the French Marxist scholar Maxime Rodinson. Suffice it to say that the question mark in the title was superfluous.

As for his personal views, Massad was nothing if not forthright. They were summed up nicely in two lines from a lecture he’d given at Oxford three years earlier: “The Jews are not a nation. . . . The Jewish state is a racist state that does not have a right to exist.” Perhaps needless to add, his course, which was supposed to be about the whole Middle East, failed to mention the true brutalities—honor killings, slavery, female genital mutilation, and so forth—endemic everywhere in the region but Israel.

Massad’s real aim in the course was to implant in his students the idea that, as he wrote in al-Ahram in 2004, anti-Semitism was indeed “alive and well today worldwide”—but that its “major victims [were] Arabs and Muslims and no longer Jews.” Indeed, according to Massad, Israel’s “ultimate achievement” was “the transformation of the Jew into the anti-Semite, and the Palestinian into the Jew.” Although he may not have succeeded in persuading everyone, he had succeeded with my classmate from California, and hardly with her alone.

Baudelaire said that “the finest trick of the devil is to persuade you that he does not exist.” Adapting this thought to suit the current crisis at my alma mater and at a growing number of campuses across the country, I’d say that the finest trick of anti-Semites is to persuade you that they don’t exist. Such, at any rate, is the powerful message delivered by Ruth Wisse in her analysis of how student coalitions, led by expressly pro-Palestinian groups but often supported by black, Hispanic, gay, and anti-Zionist Jewish groups, build momentum against Israel on campus. In pointing out that “multiculturalism has found its apotheosis in a multicultural coalition of anti-Zionists,” she is entirely—and tragically—correct.

Although Wisse mentions the acquiescent role of many faculty members in the campus battle, she doesn’t draw attention to the powerful incentives supplied in particular by Arabist professors, the legatees of Edward Said. Professors like Massad—who won tenure in 2009 despite the sustained and strong opposition of student whistleblowers, concerned alumni, and others—have turned untold numbers of naïve students into unwitting tools of anti-Semitism. The hard core of the campus movement does indeed comprise, as Wisse writes, the “heirs to the anti-liberal coalitions that raged in the 1960s against the war in Vietnam and against the traditional American values embedded in America’s constitutional culture.” But the silent members are often ignorant young people of good faith who, understandably, want to oppose racism but have been unknowingly drafted as foot-soldiers for the academy’s most vicious bigots.

So, aware that students like my classmate are going to graduate with a deeply biased understanding of Israel, what is a Zionist to do?

The problem of tenured anti-Semites is far too complicated and entrenched to be dealt with summarily, but one critically important—and feasible—response is to shame them for their racism. Here, for instance, is Hamad Dabashi, Columbia professor and former chair of its department of Middle East Studies, on Israeli Jews:

A subsumed militarism, a systemic mendacity with an ingrained violence constitutional to the very fusion of its fabric, has penetrated the deepest corners of what these people have to call their “soul.” . . . Half a century of systematic maiming and murdering of another people has left its deep marks on the faces of these [Jews], the way they talk, the way they walk, the way they handle objects, the way they greet each other, the way they look at the world.

That such a bigot enjoys tenure at a university whose biggest donors include well-known and proud supporters of Israel is a wonder and a scandal. That scandal must be continually, insistently exposed.

The other game plan I’d suggest is ancient, though these days it feels almost radical. It involves the internal orientation not of the anti-Semites but of pro-Israel campus Jews.

Let me explain. I spent much of my own college career trying to convince my fellow students—in the school paper, in public debates, and in the classroom that Zionists like me weren’t colonialists, weren’t oppressors, weren’t war-mongers, and didn’t control American foreign policy. Honest! I promise!

How I wish I could get back some of the hours I spent in this defensive crouch, diplomatically cajoling people to like me and my political position. If I had to do it over, I’d spend 90 percent of those hours doing something else entirely. A fellow alumnus whom I’ve never met, Ze’ev Maghen, gave me the idea. Now a professor in Israel, Maghen was a graduate student at Columbia in 1990 when Leonard Jeffries, an anti-Semitic professor of African studies at another university, came to speak on campus. The organized Jewish community on campus mounted a protest outside the hall. Shocked and outraged by the feebleness of its content, Maghen wrote an essay, “How to Fight Anti-Semitism,” that, years later, an older student passed on to me and that I, in turn, have shared with any and all serious Zionists on campus. Herewith a few nuggets from that essay:

A man calls you a pig. Do you walk around with a sign explaining that, in fact, you are not a pig? Do you hand out leaflets expostulating in detail upon the manifold differences between you and a pig? . . . When it comes to concerted action, we are less Jews than we are anti-anti-Semites. . . .

How often, my fellow Jews, we gather to “oppose”; how rarely we gather to create. When, may I ask, was the last time any of us got together to form a movement for real change? When was the last time we stayed up all night debating and planning how to build and improve Israel, how to arrest and reverse assimilation in America . . . ? Once upon a time such pragmatic, productive idealism was the preeminent preoccupation of Jewish college students, this was how they spent their evenings, dreaming, planning, implementing. What has happened to us? How have we become bureaucratized, mediocratized, too cynical to dream, too complacent to struggle?

To my fellow Zionists currently sitting and tearing your hair out late into the night as you debate how to respond to Israel Apartheid Week, or the latest hummus boycott: I urge you to heed Maghen’s wisdom. For one thing, building and affirming instead of defending and pleading will do wonders for you spiritually, emotionally, and intellectually. For another, it will win over—or at least pique the interest of—those among your fellow students who are in the same situation as the young undergraduate I chatted with on the Number 1 Broadway local train. Non-Jews respect Jews who respect Judaism, Rabbi Jonathan Sacks said recently, and the same goes for our own kind as well. This, I think, may hold especially true in the college years when young adults are trying out identities and allegiances. What is more attractive than people confident in themselves, grateful for their historical legacy, and proud of their culture?

Oh, and if you’re looking for a role model for how to live such a life and be such a person, how to be a protagonist of Jewish culture and Jewish learning and Jewish humor while advocating the cause of Israel and the Jewish people with dignity and moxie, I’ve got the perfect person for you. Her name is Ruth Wisse.

Ruth R. Wisse
May
The Situation on Campus
4. Response

How to Fight Anti-Semitism on Campus
1. Essay

Will Anti-Semitism Spread From American Universities to American Culture?
3. Response

The Problem Starts at the Top