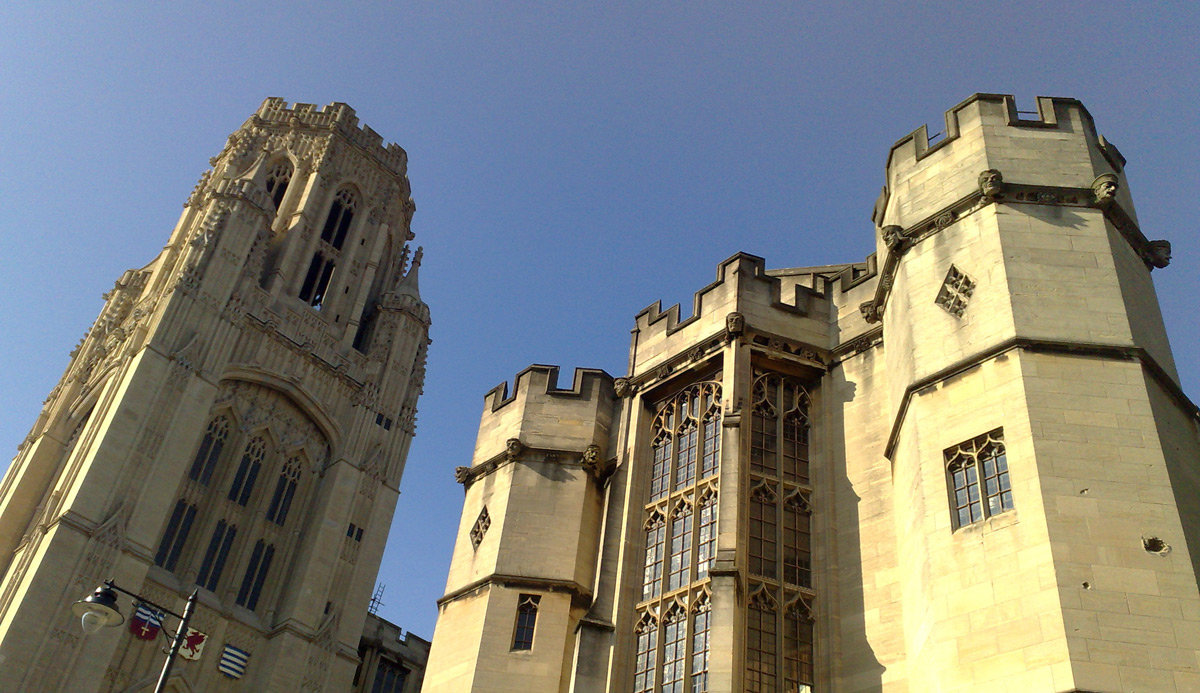 As an image for countering anti-Semitism, I once used to keep tacked over my desk the Polish proverb, “It’s lousy to swim upstream in a filthy river.” Happily, upstream swimmers who now overtake me seem better shielded from the pollution. I’m enormously grateful to Ben Cohen, Douglas Murray, and Bari Weiss for essays that make it feel as though we are within sight of the open sea.

Ben Cohen enlarges the historical context by reminding us that ours is not a new story. Hitler’s attempt to establish the Third Reich in 1930s Europe gained legitimacy when leaders in Western democracies excused the Nazi assault on democratic institutions as long as it aimed at Jews alone. Prominent among such leaders were presidents and faculty of American universities who extended a welcome to Nazi alumni and officials, and maintained cordial relations with anti-Semitic institutions. The universities’ appeal to academic decorum as a reason for tolerating German anti-Semites finds its equivalent in today’s invocation of “free speech” as the excuse for sanctioning Arab and Muslim anti-Israel incitement.

But comparing the 1930s with today also reveals how the shift of anti-Semitism from the right to the left of the political spectrum has allowed Arab and Muslim grievance to penetrate deeper into the American academy than Nazi racialism ever did. Key to this change are the Palestinians who were relegated by their fellow Arabs to permanent refugee status so that they might serve as eternal proof of Jewish “usurpation” and guarantors of Israel’s eventual destruction. It is well known that even as Israel strove to integrate the Jews who were driven from Arab lands, the Arab world refused to accept the partition of Palestine, prevented the resettlement of those Arabs who fled Israel, and with unspeakable cruelty consigned generations to refugee camps so that Jews could be blamed for it.

Europeans had similarly charged Jews with responsibility for the misery of their compatriots, but they did not deliberately harm those compatriots in order to create an excuse for anti-Semitism. Other religious and national groups similarly opposed the Jews on one pretext or another, but Palestinian Arabs are the first to appropriate the Jewish story of displacement, commandeer the Jewish vocabulary of exile and return, and cast themselves as the proto-Jewish victims of Jewish aggression.

Inversion works especially well in an academic environment that favors ingenuity over integrity and where, as one student has put it, the rewards go to those who make the most wildly improbable assertions. Rachel Fish, who teaches in the emerging field of Israel studies, has compiled a list of intellectual trends that combine to form a university culture hostile to the Jewish state. These include but are not limited to Edward Said’s theory of Orientalism, which proclaims Western scholars of Islam guilty of distortion, stereotyping, prejudice, and racism; post-modernism’s denial of the very possibility of objective truth, once the intellectual and moral foundation stone of academic study; Marxism’s ideological insistence that education must empower the “weak” and weaken the “powerful;” post-colonialism, which casts Israel as a white imperialist outpost among dark-skinned native victims; and post-nationalism, which demonizes Israel as the archetype of the despised nation-state.

This brings us to Bari Weiss’s all-important emphasis on the role of faculty in feeding and sustaining the poisoned culture of academic anti-Semitism. Armed with the authority of a soldier who has endured trench warfare, Weiss offers welcome advice to those who ask, “What is to be done?” In this respect, flattered as I am to be named a model for others to emulate, I shirked a part of my responsibility as a faculty member at my university. When students described to me the kind of classroom indoctrination to which they were being subjected, rather than conducting my own investigation I urged them to assemble evidence and bring it to the administration. One student politely chided me: “You insist that what we say and do matters, but it matters more what the faculty says and does.” The student was right: faculties that do not tolerate professors of African studies who would defend slavery routinely hire and promote colleagues who preach that the creation of Israel was a crime, redeemable by its undoing.

If I was reluctant to tackle deceit and lies inside the classroom, it may have been partly because I knew how just much energy, grit, and faith in higher education is required to undertake the kind of monitoring that Tammi Rossman-Benjamin and Leila Beckwith introduced into the University of California system by actually investigating anti-Semitism in the curriculum. Academic organizations like Scholars for Peace in the Middle East and the Association for the Study of the Middle East and Africa were founded in 2002 and 2007 respectively to reestablish standards of academic research and teaching in fields where those standards had been severely compromised. Even more important than these reactive measures would be a proper academic focus on anti-Semitism itself—what the late scholar Robert S. Wistrich had come to call “the longest hatred.”

Fortunately, in the absence of academic self-correction, people outside the universities are beginning to take notice. As Ben Cohen writes, several state legislatures have recently passed bipartisan measures to block funding for universities that engage in the boycott of Israeli academic institutions or scholars. In the words of Peter Roskam (R), a former professor who joined Dan Lipinski (D) in sponsoring the measure in Illinois, “Congress has a responsibility to fight back against these hateful campaigns, which contradict academic freedom and are designed to delegitimize the Jewish state of Israel.”

To be sure, some oppose such measures on the grounds that government already intrudes too much into academic affairs; others, complaining of “blacklisting,” have likened these legislative initiatives to the over-reaching tactics of Senator Joseph McCarthy and those who colluded with him in fighting Communist subversion in the 1950s. In truth, the tenured radicals on campus have been much more successful in blacklisting prospective pro-Israel faculty than Hollywood ever was in blacklisting members of the party. One welcomes legislative efforts at curbing anti-Semitism because no matter how vigorously her fellow Zionists may respond to Bari Weiss’s call to action, Jews cannot and the universities will not stop the anti-Jewish campaign on their own.

Where Douglas Murray comes from, they have managed to clean up the Thames but not the polluted stream of anti-Semitism. An intrepid and indomitable fighter on his own turf, he thinks Americans can do better if they fully appreciate the challenge. As he acknowledges, though, the Palestinian lobby on campus has been doing a better job than the pro-Israel lobby of persuading the majority that “its cause is theirs.” No one would argue with this assessment: aggressors energetically tear into Israel while the apologetic defenders tire under the assault. Can this be reversed, when only one of the two sides has an incentive for aggression against the other? Murray says yes, and knows whereof he speaks when he stipulates how: by means of “individuals and groups relentlessly turning the anti-Israel movement around like a carriage-clock, opening up its back and displaying its wretched workings for all the world to see.”

Indeed, Arab leaders made a fateful error in refusing to recognize the Jews’ return to their homeland; the descendants of Ishmael sinned against their own heritage in setting out to destroy the descendants of Isaac. Not until Arab and Muslim leaders reeducate their people to welcome the Jews in their midst as individuals and a sovereign people will their societies begin to recover their own long-lost morale. However difficult it is for Americans to impress this fact on Muslims themselves, and on those who purport to teach Arab and Muslim civilization, they must train a spotlight on “anti-Zionism” and insist on a thoroughgoing reformation that would begin with belated, unequivocal acceptance of a Jewish state.

In this connection, let me conclude by returning in mournful but heartfelt tribute to Robert Wistrich (1945-2015), who died suddenly on May 19, having contributed more than seems possible in one lifetime to clarifying what others are determined to obscure. As director of the Center for the Study of Anti-Semitism at the Hebrew University, Wistrich opened up the discipline that Yale University saw fit to run away from when in 2011 it closed the Yale Initiative for the Interdisciplinary Study of Anti-Semitism and replaced it with a peripheral and lackluster program. Other universities have not made even a token effort to study the ideological epidemic that is infecting their students.

Wistrich, who started out as a historian of Central and Eastern Europe, gravitated to the subject of anti-Semitism in the course of studying the European left. The trajectory traced by some of his book titles—Revolutionary Jews from Marx to Trotsky (1976), The Left against Zion (1979), A Lethal Obsession: Anti-Semitism from Antiquity to the Global Jihad (2010), From Ambivalence to Betrayal: The Left, the Jews, and Israel (2012)—tells all. To read these books or any of his myriad essays is to recognize how woefully and willfully American universities have resisted this subject.

There are no shortcuts or alternatives to opposing anti-Semitism. Coddling those who have made opposition to Israel the basis of their national-religious identity shows them ultimate contempt. Universities ought to go about treating this condition as they aspire to improve the environment, because in this case they themselves are really among the worst pollutants.