The Poverty of Propaganda 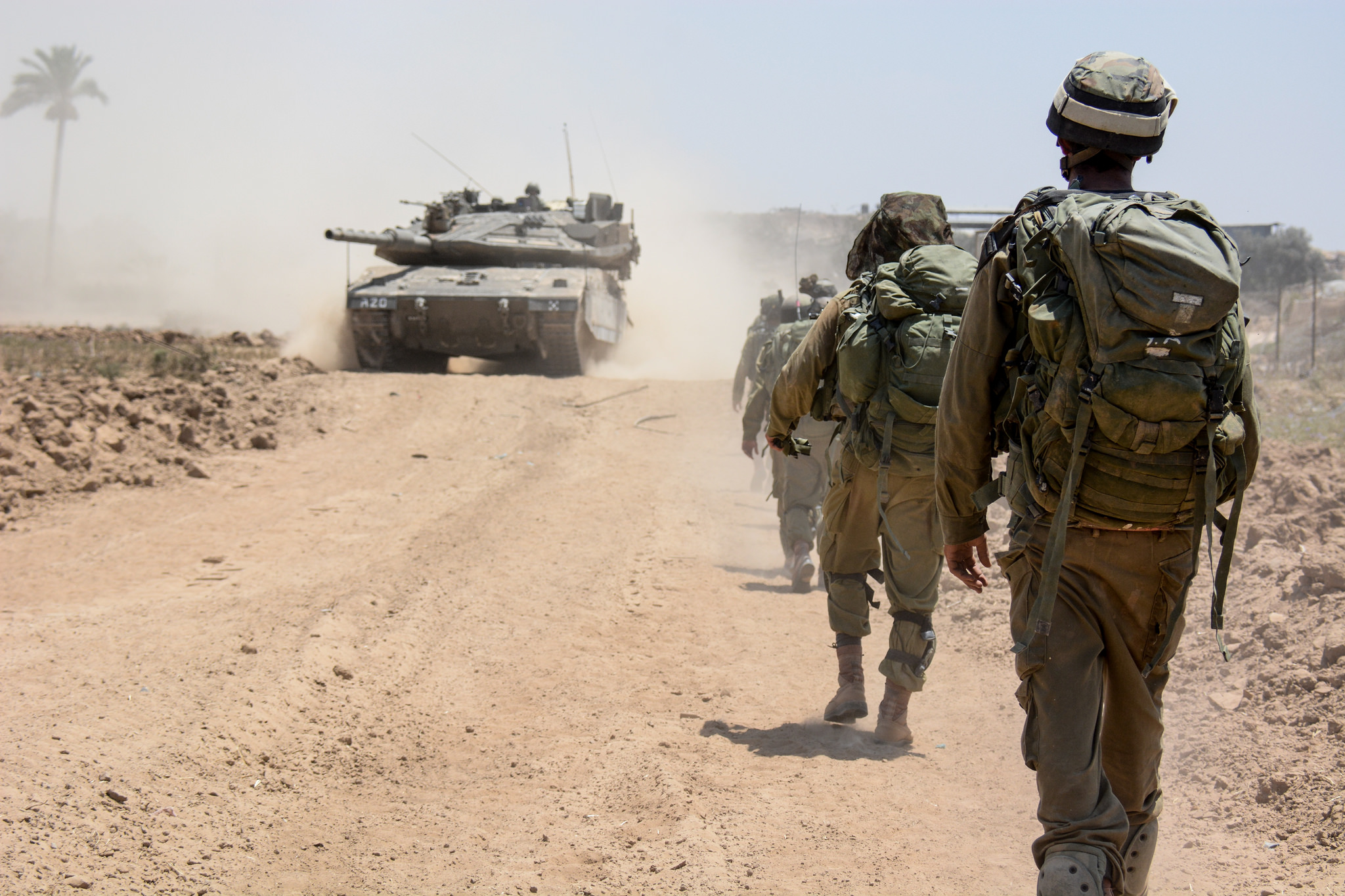 Response
Asa Kasher
About the author


Asa Kasher, professor emeritus of philosophy at Tel Aviv University, is the co-author of the IDF code of ethics (1994). In 2000 he was awarded the Israel Prize for his contributions to philosophy.

In “Who Censored the Six-Day War?,” his scrupulous investigation of the Israeli film Censored Voices, the historian Martin Kramer has performed an important public service. The film is one of the latest entries in what has become a regular feature of culture and politics in Israel. We are quite often invited to watch a film or a play, read a pamphlet or a column, always made of two ingredients: first, stories about IDF commanders or troops who seemingly acted in an ethically improper or even atrocious manner in their military capacity, during an old war or a recent operation; secondly, claims against the Israeli occupation of the territories beyond the eastern border of Israel since the 1967 Six-Day War. The gist of such presentations of alleged stories and political claims is usually the simple demand to jump from the stories, which are presented as facts, to the conclusion, which is presented as a moral obligation. Alas, each of the three parts of the plot—stories, claims, and conclusion—is problematic, ethically or morally, legally or logically.

A major element of common just-war doctrines, as developed in that tradition, distinguishes the consideration of decisions made by the authorities of the state to wage a war or carry out a military operation of a certain type (jus ad bellum) from the consideration of decisions made by commanders and troops to perform certain military actions during combat (jus in bello)—and vice-versa. The major insight into the nature of war-and-justice relationships that is meant to be captured by this distinction is that different systems of evaluation govern decision-making with respect to waging war and conducting war.

Thus, for example, a decision by the U.S. to attack terrorists in Afghanistan, or a decision by Israel to attack terrorists in Gaza, must be made by the duly constituted governing authorities of the nation and justified on the grounds of that nation’s right to defend itself and its duty to protect its citizens and other parties who have just been under attack and are still under jeopardy by destroying or significantly diminishing the enemy’s ability to continue its aggression. The affected citizenry itself is only indirectly involved in this decision by virtue of having elected the government and, in the case of those in military uniform, by virtue of being called upon to implement its policies.

By contrast, a battlefield decision to attack a given cluster of buildings with, say, an armored company is not made by the governmental decision-makers but by a battalion or brigade commander. The military forces have been given a set of goals to be achieved. The company commander has been given a tactical mission that is professionally considered necessary for achieving the goals of the operation. The commander has to make evaluations of proportionality on the basis of his knowledge of the mission and its military significance within the framework of the operation and on the basis of the intelligence-based expectation of collateral damage to be incurred in the course of accomplishing the mission in a certain way. The commander’s ability to make such proportionality evaluations is part of his professional expertise, which includes a conspicuous ethical component. The government is only indirectly involved in the commander’s decision: he serves in the military forces of the state and he makes decisions while participating in an attempt to achieve the goals of the operation the government has decided to carry out.

Ideally, no war is taking place, there being no need to wage it. If, however, a war does take place, most desirable is the situation of a state whose government is justified in waging war and whose citizens in military uniform are just in the actions they take during combat. As is well known, quite often a war can be justified while some activities of troops or their commanders are unjustifiable. Even the opposite combination is possible: the war is unjustifiable, but the actions of commanders and their troops do not violate any ethical, moral, or legal norms, except for their being the state’s agents in an unjustifiable war.

What does all of this tell us as we view a movie or read stories about the behavior of uniformed Israeli soldiers in wartime or in the course of a specific military operation? At the very least it tells us that we cannot leap from any judgment of, for example, the alleged misconduct of particular IDF troops at a West Bank checkpoint to a wholesale evaluation of the war that resulted in the IDF presence in territories occupied during that war.

Similarly, and at present most importantly, stories about alleged misconduct of troops bear no significance when the issue under consideration is whether IDF presence in the territories should be continued or ended. Such a military presence in occupied enemy territory ends only if the occupying state decides to pull back from all or part of that territory—as Israel has done more than once—or when a peace treaty requiring such a pullback is signed by all parties concerned. Improper behavior on the part of some IDF troops casts no shadow on the political decision to decline to withdraw unilaterally or to turn down peace proposals deemed unacceptable and urge further negotiation.

Thus, the demanded leap from allegations about the behavior of IDF troops to political claims about the nature of war, military operations, or belligerent occupation—the aim of films like Censored Voices and of apparent testimonies and traveling exhibits like those mounted by the organization Breaking the Silence—fails to withstand scrutiny and simply collapses.

Of course, movie producers and organizers of exhibits do not accept such arguments, however compelling others may find them. Their rejoinder often takes the form of a slogan like “Occupation Corrupts,” intended to suggest that every person serving in an IDF uniform in the occupied territories is bound eventually to behave improperly or even atrociously. Here, however, they enter the realm of deception.

After all, factual and fully corroborated evidence abounds of IDF troops and their commanders observing the high standards of ethics and morality demanded by the IDF’s own Code of Ethics and the stringent legal demands of international humanitarian law. All are educated, instructed, and briefed on how to act properly, and are held accountable for their actions. In order to convince the public otherwise, stories in Breaking the Silence pamphlets are never presented in full detail. Usually, you cannot tell who did what, when, where, and in what operational context. This quality of consistent and deliberate vagueness makes it intentionally difficult if not impossible to tell whether a particular story does or doesn’t hold water: whether or not it happened at all, or happened in another way, or was misunderstood, or wrongly depicted or interpreted, or fabricated from the beginning for political purposes.

The use made of these utterly vague stories is immoral. Let us assume that some IDF troops have actually behaved improperly with respect to some Palestinians, and the latter have suffered from the misconduct of the former. It is the official policy of the IDF to see to it that such misconduct does not repeat itself. Some soldiers have indeed been severely reprimanded by their commanders, others have been court-martialed and punished. If we know who behaved in a wrong manner, we know how to improve the behavior of the troops as a whole and mitigate the suffering of the Palestinians involved. If we don’t know who did what, when, where, and in what operational context, the IDF cannot effectively ameliorate the suffering. In peddling their vague stories, even if some of them contain a grain of truth, activists of Breaking the Silence have shown their complete lack of interest in improving the conduct of IDF troops or in mitigating suffering. This is obviously and utterly immoral.

It is legitimate to lobby for the withdrawal of the IDF from the West Bank and for a return to the borders of pre-June 1967 Israel. That is a legitimate political position, and people may argue for it in a variety of ways. What is illegitimate in the pursuit of this political end is to resort to flagrantly immoral means. The former never justifies, let alone sanctifies, the latter.

The Poverty of Propaganda
1. Essay