Israel and the Need to "Do Something"

Why the perennial temptation to do something, anything, to break out of uncertainty with the Palestinians must be resisted. 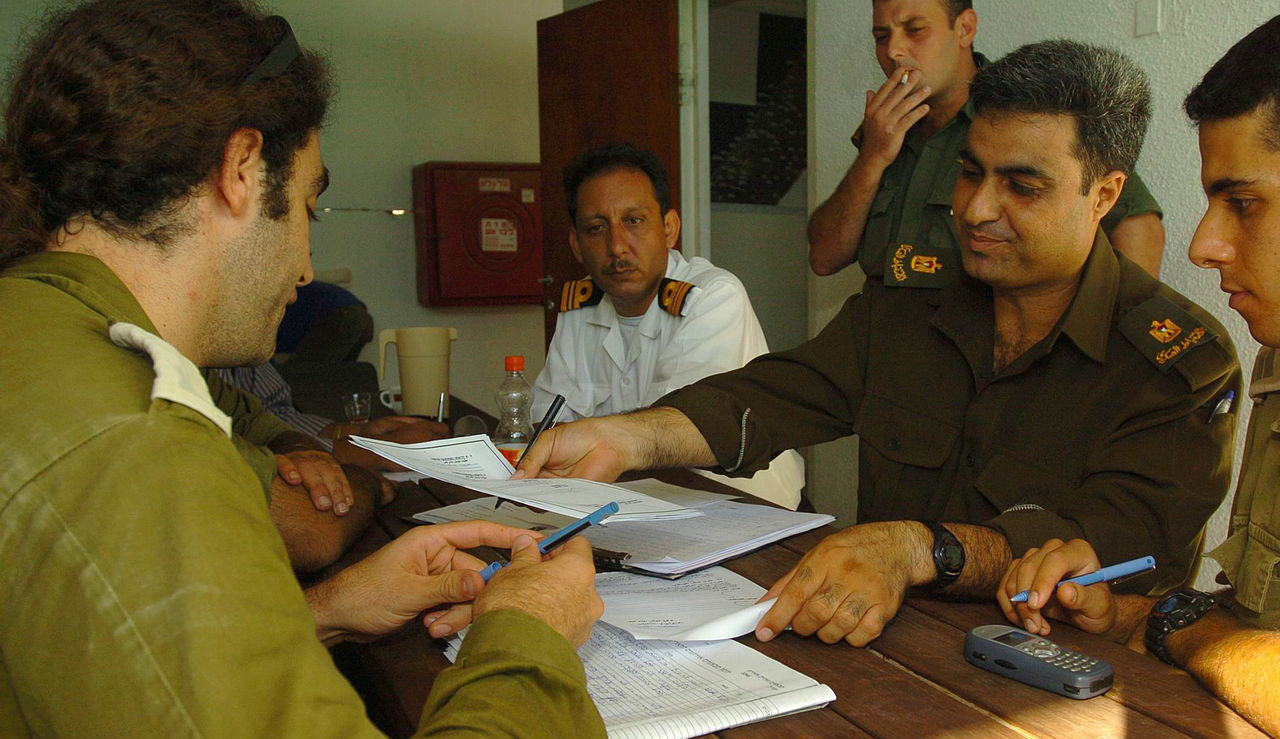 Response
Amnon Lord
About the author


Amnon Lord is an editor and columnist at the Israeli newspaper Makor Rishon and an editor at the online magazine Mida. His books (in Hebrew) include The Israeli Left: From Socialism to Nihilism (2003) and, most recently, The Lost Generation: The Story of the Yom Kippur War (2013).

The wide front of antagonism—military, diplomatic, and ideological—that faces Israel today is itself proof, if proof were still needed, that the “Oslo” turn undertaken by Yitzhak Rabin and Shimon Peres 22 years ago was a crucial mistake. They made that mistake despite their own many warnings in the 1970s and 1980s against precisely the sorts of dangers that, as if on schedule, ensued after the signing of the September 1993 Oslo accords and the creation of the Palestinian Authority. If great leaders can be maneuvered into such strategic traps once, it can happen again.

Hence the timeliness of Evelyn Gordon’s essay on the collapse of the “peace process” and the steps she outlines there for avoiding similar false temptations in the years ahead. As she points out, the Israeli public at large now frankly acknowledges that under present conditions a two-state solution is not achievable—mainly because of the persistent lack of a credible partner on the Palestinian side. Even on the Israeli left, important voices of opinion have conceded as much, though the lesson they draw from it is the opposite of Gordon’s.

Thus, the novelist A.B Yehoshua proclaimed this past July that, ever since the trauma of Ariel Sharon’s 2005 disengagement from Gaza, followed the next year by Ehud Olmert’s failed effort to demolish the West Bank outpost of Amona, it is no longer possible to uproot settlers in the name of peace. By creating “such hysteria,” Yehoshua said, the settler movement established “a fact on the ground—there will be no more evacuations by force. And this,” he concluded, “is why the state of Israel is marching smartly toward a binational state.” Farther to the left, the Haaretz columnist Gideon Levy, stipulating similarly that the settlers have “won,” now lectures Israelis to reconcile themselves to the only feasible consequence: a single state, with an Arab majority just like the other countries in Israel’s neighborhood.

As against such forecasts, at best fatalistic, at worst grimly satisfied that Israel’s comeuppance for its sins is at hand, Gordon’s Zionist approach is refreshingly realistic: the situation in Judea and Samaria, she writes, will remain transitional for a long time, Israel is in for a protracted struggle, and a strategy is needed for getting through this long period and emerging whole and victorious on the other side.

And Gordon does see grounds for hope. Indeed, mentioning possible solutions to the current impasse that may yet materialize, she permits herself to speculate about one of them: “perhaps the Hashemite regime in Amman will collapse, as other Arab regimes have done in recent years, and Jordan, which already has a Palestinian majority, will become a real Palestinian state, changing the dynamics of negotiations over the West Bank.”

Well, perhaps—but one doubts it. Unlike in 1970, when a PLO revolt against King Hussein was promptly crushed in a bloody massacre, a collapse of Jordan in anything like today’s circumstances would spell the triumph not of the Palestinians but of IS and/or Iran, and either of these is less a solution than, if one may invoke the term, a final solution. In general, after the disintegration of many Arab states, including some regional superpowers like Syria and Iraq, the very idea of an Arab nation-state has been discredited. Case in point: Palestinian independence.

But this is secondary to Gordon’s main contribution, which lies in the strategic parallel she draws between the prolonged struggle that will continue to occupy Israel and the post-World War II cold war between the U.S and its Western allies and the Soviet Union and its allies. On the ideological level, as a struggle between liberal democracy and tyranny, this analogy has much to recommend it: the never-ending effort that is needed to combat an enemy waging total warfare directed at the goal of politicide is indeed something that it is incumbent on both Israel and its peace-loving friends to take to heart. And the same can be said for many of the practical lessons that Gordon finds in specific components of the strategy that led the West to eventual victory: lessons that, as she argues, Israel could usefully emulate in its contest with Palestinian rejectionism.

Still, it’s questionable whether the cold-war metaphor is the right banner under which to mobilize the energies of pro-Israel forces. After all, Israel and the Zionist movement have their own experience to go on, a self-reliant experience more than twice as long as the roughly 45-year duration of the cold war, and much more resonant on both the Zionist right and center-left.

To be sure, that experience has known its share of pitfalls, for it is from this same tradition of Zionist self-reliance that what seems like a solution—but isn’t—could yet arise in the form of a new plan for unilateral disengagement, this time from much of the West Bank. Everyone knows the arguments against it, from the certain prospect of short-range missiles aimed at Ben-Gurion airport to improved access for terrorist infiltrators into the heart of urban Israel. But it is a perennial temptation to think, and to say, that the risk would be worth taking—that after all we Israelis know how to fight, and that it’s better to focus our energies on the problems within Israeli society while definitively separating ourselves from the West Bank Palestinians and thus securing a Jewish state with a Jewish majority for generations.

It was this same psychological mindset that drove Rabin in the early 1990s to adopt a course of action he had repeatedly and emphatically rejected for a quarter-century. The temptation of another disengagement, in other words, stems from the felt need to do something—anything—to break out of uncertainty. And what this means in turn is that the morale of the home front really is the crucial factor, and that a main strategic imperative, even while navigating the fog of the indefinite present, is to preserve the national sense of justice and self-confidence.

Benjamin Netanyahu has already shown one way of coping successfully with the indeterminate situation on the West Bank: namely, by marginalizing the Palestinian issue. What with the media’s and the international left’s obsessive apologetics for the Palestinian cause, this is no easy task. But it can be done. In recent years, for instance, Israel has developed a diversified foreign policy centering on the Far East, India, and the Arab states. Thanks especially to relations with Jordan, Saudi Arabia, Egypt, and the Gulf emirates, a positive atmosphere has been formed in which to manage the Palestinian issue. As opposed to the American and European insistence that the status quo with the Palestinians is “unsustainable,” the actual status quo has become not only sustainable but functional and flexible, allowing for interim arrangements of coexistence; it does not amount to a freeze.

When it comes to the larger, ideological fight against the global campaign of de-legitimization, Gordon is right to point to the fact, always to be kept in the forefront and incessantly stressed, that the Jewish state is a success. This may seem obvious, but it is often overshadowed by the need to refute the unremitting calumnies hurled at Israel by its foes. Refutations are necessary, but one cannot allow oneself to be constantly thrown onto the defensive.

The fact is that Israel is perhaps the only state attaining independence after World War II that has actually fulfilled its promise and its mission. It has certainly served the Jewish people, for whose sake and in whose name it came into being, to spectacular effect. No less impressively, it has served the peace and stability of the international order.

Take one simple test. In the late 1940s and 1950s, weighing heavily upon that order was the problem of more than a million Jewish refugees across Europe and the Middle East; the largest majority of them were taken in, without question and without fuss, by the Jewish state. Now imagine the relief today if a movement arose to establish sovereignty over a small territory in North Africa and establish a national home there for all the wandering migrants in Europe. And then imagine that this new country were actually to make good on its promise as Israel did.

In accomplishing its mission, moreover, Israel has forged a proudly Jewish society to which many others, including refugees and migrant workers from all over the world, have been eager to seek admission. Israel’s is a free society, a prosperous economy, and a stable democracy—a record of huge success compared not just with neighboring Syria but with Greece, and not just with Greece but with Germany and France. Not least, Israel secures and ensures the stability of both Jordan and the Palestinian Authority.

Is all this not in the interest of the international community? For that community to seek instead to demonize, delegitimize, and place at risk the country that of all countries most merits its admiration and gratitude is more than an injustice; it is a sickness.

Daniel Kane
September
What Israel Can Do Next
3. Response

Israel and the Need to "Do Something"
1. Essay

The Two-State Solution Is in Stalemate. Here's What Israel Can Do to Prevail.
2. Response

The Peace Process Is Defunct—but Israel Mustn't Appear to Be Giving Up on It
4. Last Word