None of the great Jewish arguments that raged in the 19th century—tradition versus modernity, secularism versus religion, nationalism versus universalism—is over with. 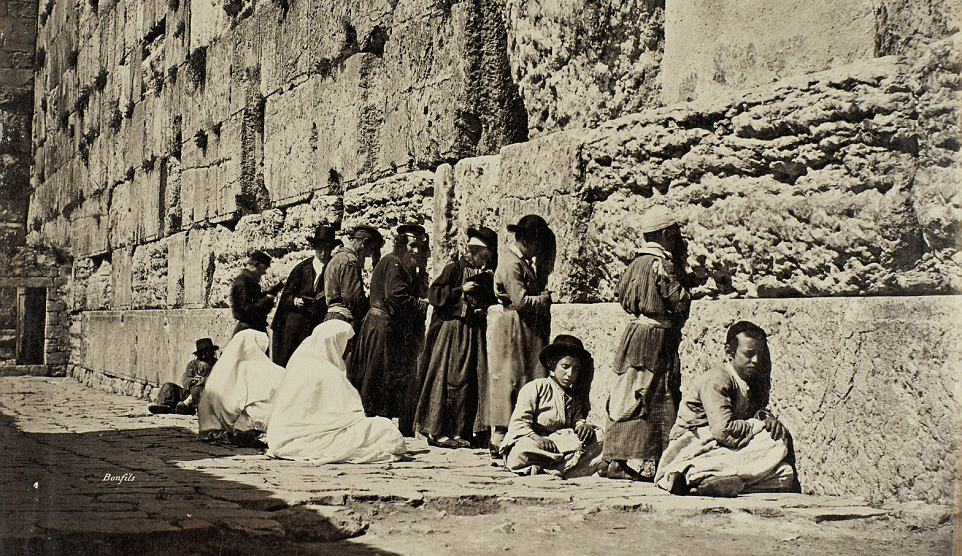 Jews praying at the Western Wall in the 19th century.

I thank Alan Mintz, Lewis Glinert, and Dara Horn for their appreciative remarks on my essay, “Where Is the Jews’ Homeland?”

I am especially pleased by the attention they have paid to the matter of translation. As the series of essays about Hebrew writers that I have been publishing in Mosaic has progressed, I have come to regard its translated excerpts as at least as important as (to use Alan Mintz’s words) “what a critic or scholar” (in this case, me) “has to say about them.” Authors like Joseph Perl, Avraham Mapu, Peretz Smolenskin, and now Yehudah Leib Gordon have either not been translated into English at all or been translated badly, often by academicians writing about their work; yet nothing stated about this work, no matter how cogent, can convey its qualities as can even a small but well-translated sample. In writing my current essay, for example, I was helped by Michael Stanislawski’s outstanding biography of Gordon, For Whom Do I Toil? Yet Stanislawki’s many translations of Gordon’s Hebrew verse, while providing the English reader with an accurate notion of its ideational and emotional content, impart no sense of what it is actually like. Gordon the man comes through to us. Gordon the poet does not.

By any reasonable standard, Gordon was a minor poet. He was, though, a skillful one, whose verse can be read with enjoyment in Hebrew to this day and—as I hope I have demonstrated—in English, too, when translated sensitively. If he was universally regarded as 19th-century Hebrew literature’s best poet, this was simply because there was none better. One might compare him in this respect to Longfellow, who was widely regarded by his American countrymen in a similar light. Although Longfellow can also still be read with pleasure, even if hardly anyone does so any more, 19th-century American poetry for us today is Dickinson and Whitman. And yet Dickinson and Whitman were solitary figures, not part of the literary culture of their day, which failed to give them their due. Subtract them, and Longfellow (unless one prefers Poe) remains the best of his age.

Nineteenth-century Hebrew literature had no Dickinson or Whitman. Nor could it have had. Unlike the Longfellow of Hiawatha or the Poe of Annabel Lee, Dickinson and Whitman’s genius is unimaginable without the vernacular American English that nurtured it. That the lack of a vernacular made the writing of truly great Hebrew literature all but impossible in the 19th century is a point I have made in these essays more than once. Yet I have also pointed out that, itself acutely aware of this deficiency, Hebrew literature steadily groped in the course of the century toward the simulacrum of a vernacular out of which a real vernacular was soon to evolve. One sees this in Perl, in Smolenskin, in Gordon (even more in his essays and correspondence than in his poetry), and in other Hebrew writers of the age.

This can put the translator at an advantage. Smolenskin would have liked to write fiction as if Hebrew were a spoken language, but he couldn’t; his translator can translate him as if he could. For today’s Hebrew reader, his archaisms, although sometimes colorful or charming, are a barrier; in English, in which there is no point in reproducing them, he is more readable. Would that he were read in good translations! Would that Perl, Gordon, and others were, too.

Needless to say, however, there is little chance of this happening. Israelis, as Lewis Glinert notes, don’t read such authors, either; how can one expect American Jews to? For that matter, how many young Americans still read the far greater classics of 19th-century English literature? How many, once their college years are past, still read Dickens, Hawthorne, Melville, Eliot, Hardy?

But there is a difference. Hardy may have been the first major English novelist to defy, however delicately, Victorian literary taboos on writing explicitly about sex, but he is hardly relevant to a discussion of sexual mores in the 21st century. Yet if I follow, for example, the debate between Gordon and Lilienblum about the threat posed by religious Orthodoxy to Zionism, I could be reading columns written for today’s Israeli newspapers. Hardy writing about sex now seems touchingly timid. Gordon writing about Zionism and religion seems shockingly prophetic.

In working on these Mosaic essays, I have reflected, not for the first time, on how the Jewish people is rooted (or stuck, if you will) in its past in a way no other people is. One can be struck by this—as Gordon was—in reading the Bible; one can be struck even more in reading 19th-century Hebrew literature. None of the great arguments that rage in it—tradition versus modernity, secularism versus religion, nationalism versus universalism, the land of Israel versus the Diaspora—is over with; all continue to be replayed in contemporary terms. That is what makes this literature, even if it cannot rank aesthetically with the coeval literature of Europe and America, so fascinating. If we didn’t ignore its existence, we would collectively recognize ourselves in it in a way that Englishmen can no longer recognize themselves in Eliot or Dickens.

Alan Mintz speaks of Gordon’s “tragic nobility.” I agree. But there is a nobility—I would say a heroism, too—in much of the Hebrew literature of Gordon’s age. It was produced by a small group of men, mocked by many Jews for their antiquarian love of a dead language, whose income from it was nil and whose audience was small. And yet without them, we would not be where we are today. Eastern European Zionism, as I have observed, grew out of 19th-century Hebrew letters, and although a Zionist movement might have emerged without Hebrew (Theodor Herzl, a Western European, had none), it could not possibly have succeeded without it. This was one of the issues in the controversy between Herzl and Aḥad Ha’am that I will touch on in my next essay.

They toiled, as Dara Horn says of Gordon, for us. It gladdens me greatly to know that she feels I have toiled for her, too.

Like No Other People, Jews Remain Rooted in Their Past
1. Essay

The Brief Moment Between Assimilationism and Nationalism
3. Response

The Hebrew Revival Was No Miracle