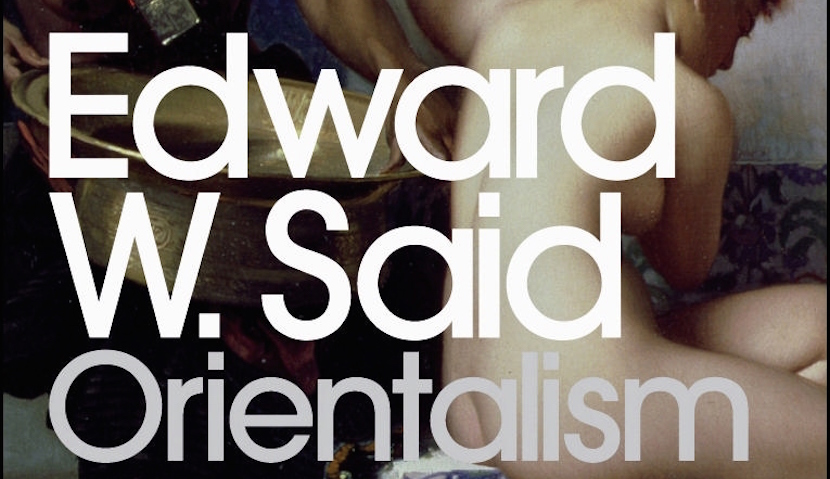 From the cover of Orientalism, by Edward Said.

Can one be a Zionist and, at the same time, a great historian of Islam and the Arabs? As Martin Kramer’s essay, “The Return of Bernard Lewis,” amply attests, and as its subject’s life and career unambiguously demonstrate, the answer is a resounding yes.

Before going further, we need to pause at the peculiarity of the question itself—a question seldom posed in other contexts. No one normally asks whether a Protestant American scholar living at the time of the cold war could simultaneously be a great historian of Russia or an expert on Soviet foreign policy. By contrast, however, a powerful current of opinion has long held Western and non-Muslim scholars to be disqualified by definition from the objective study of Islam and the Arabs.

In recent decades, the most influential statement of such rejectionism was Edward Said’s 1978 book Orientalism. There Said argued that, from its beginnings in the 19th century until the present day, Western study of the Middle East has been not only uninformed but manipulative of historical fact, infected by patronizing arrogance, and a willing accomplice of imperialist designs on Muslim lands and peoples.

In the roster of contemporary “Orientalists” vilified by Said and his many supporters and followers in the academic world, the one subjected to the harshest attack has been Bernard Lewis. In Lewis’s case, the vitriol has been compounded by the fact that here is a scholar both Jewish and a supporter of Israel—self-evident indicators, in the Saidian scheme, of anti-Muslim prejudice and an innate incapacity for true historical understanding.

Putting these spurious allegations to rest would be a waste of time and space. Lewis’s enormous body of work speaks for itself. One need only note in addition that Lewis’s scholarship and expertise are everywhere reinforced by an obvious spirit of empathy with Arab and Muslim peoples, not to mention, as those who know him will readily testify, enduring friendships with many individual Arabs and Muslims.

And, yes, he is also a Zionist: the product of a warm Anglo-Jewish home and of early years spent in a Zionist youth movement. The latter connection lapsed as he began his scholarly career in the late 1930s and then served in the British army during World War II. But by the late 40s and 50s, with his academic life flourishing and his reputation growing, Lewis counted numbers of Israelis as his students and friends and developed an academic relationship with the Hebrew University of Jerusalem.

For a long time, these links formed just one aspect among others in a rich and busy life. Then, in the early 1970s, with Lewis’s move from England to the U.S. and tenure at Princeton University, a change occurred. It was then that he established a close relationship with Tel Aviv University, where I was serving as a professor and chairman of Middle East studies. From then on, just about every winter for more than 40 years, he would regularly spend several weeks in the city, finally buying an apartment and extending his annual visits into months.

At Tel Aviv University, Lewis was for many years a senior fellow at the Sackler Institute for Advanced Studies. But his real home was the Dayan Center for Middle Eastern and African Studies, of which I and, later, Asher Susser and Martin Kramer served as directors. During a typical visit, he would deliver two public lectures and devote time to both formal and informal meetings with faculty and graduate students. The lectures soon became major cultural events, filling the university’s largest auditorium with an eager audience of students, faculty, and the general public. Simultaneously, having retained his ties to the Hebrew University, Lewis would normally deliver an annual lecture there as well, using the opportunity to catch up with friends and colleagues.

Bernard has always been generous about sharing both his vast erudition and his deep wisdom, and, once you’ve penetrated a witty and deceptively remote exterior, his warm and cordial temperament.  For me personally, those annual visits, supplemented over the years by meetings in other cities and on other continents, became a meaningful and quite essential element of life itself.

If the move to the U.S. and the inauguration of annual visits to Israel made up one change, a second had to do with Bernard’s new role in America as a prominent public intellectual. To be sure, his advice and his presence had been sought earlier in the clubby atmosphere of the British foreign office, but now he acquired a different role. Taken up by Henry “Scoop” Jackson, a Democratic Senator from the state of Washington and vigorous exponent of an activist American role in world affairs, he was invited to testify before Congress and to meet with and advise Washington’s policy elite. Alongside his scholarly work, he also began to write essays on public policy for a general readership; of these, perhaps still the best-known and the most influential was “The Return of Islam.”

In this new and continuing role as public intellectual, Lewis never became an advocate of Israel or its policies. What he did do during his visits was to meet with Israeli leaders and, as in America, share his knowledge and insights.

At one point, it is true, that role expanded somewhat. The year was 1971. Bernard was persuaded by a friend, the Egyptian diplomat Tahseen Bashir, that President Anwar Sadat had decided to seek peace with Israel and was ready to pursue the possibility of an interim settlement. Bashir asked Lewis to convey this message to senior members of Prime Minister Golda Meir’s cabinet—and he did.

It would be gratifying to report that, in a life full of achievements and successes, Bernard Lewis’s effort to broker an opening with Israel’s main enemy was a crowning event. But as everyone knows, history unfolded otherwise. Over the decades, a great deal of ink has been spilled over the meaning and consequences of the Israeli government’s decision not to test Sadat’s overture. Had it done so, might the October 1973 war, with all of its trauma, have been averted?

A strong case can be made that, in 1971-72, Sadat entertained a highly limited conception of what peace with Israel would and would not entail, and that only defeat in 1973 would persuade him that Israel was militarily invincible. But this is necessarily speculative; what we know is that the Egyptian president was evidently serious enough to test the waters, that the Meir government was determined to maintain the status quo, that Egypt did subsequently attack and war did take place, and that peace, whether or not it could have been reached in 1972, was finally concluded in 1979.

In the pre-modern era, or so a story goes, a Catholic astronomer was asked how he reconciled his science with his religion. He responded: when I gaze at the stars I do not think about God, and when I pray to God I do not think about the stars. Bernard Lewis may be said to have followed a similar course. He is first and foremost a scholar, a historian, for whom professional standards and integrity are sacrosanct. He has also been intensely interested in policy, and as a public intellectual has made lastingly important contributions to public discourse on the Middle East. And he is a proud Jew and a committed supporter of the Jewish state, though one—it bears repeating in the light of Saidian calumnies to the contrary—who has never engaged in advocacy for that state. Between his scholarship and his sentiments, the scholar has always known where to draw the line.