Ahad Ha'am and Theodor Herzl: Together at Last?

The Zionist debate between the two men is old but still urgent. Can their disparate visions be reconciled? Do they need to be? 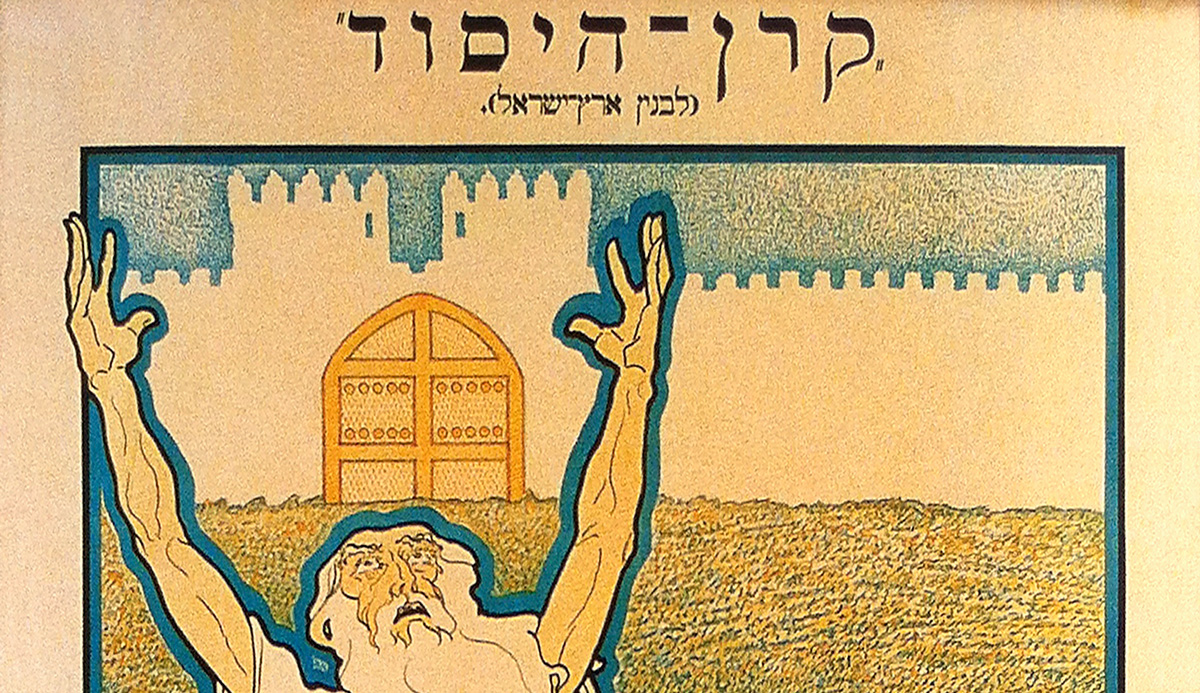 From a 1921 United Israel Appeal poster by Reuven Rubin.

Response
Steven B. Smith
About the author


Steven B. Smith, professor of political science at Yale University, is the author of Spinoza, Liberalism, and Jewish Identity, Reading Leo Strauss, and, most recently, Modernity and Its Discontents: Making and Unmaking the Bourgeois from Machiavelli to Saul Bellow.

In his superlative essay, Hillel Halkin resurrects what seems to be a purely antiquarian debate between Theodor Herzl and Ahad Ha’am over the nature of Zionism and the Jewish state. The debate grew out of Ahad Ha’am’s blistering 1902 review of Herzl’s Zionist-utopian novel, Altneuland (“Old-New Land”), with its imagined portrait of a secure and prosperous Jewish state in the historical land of Israel. At the core of this debate lay two fundamentally different visions of Zionism, visions that, far from being of merely antiquarian interest, still shape the contours of the Jewish state today.

Herzl’s vision of Zionism was of a piece with the European Enlightenment. It was the idea of a secular democratic state created in the image of the nation states of modern Europe. He envisaged such an independent state as a place where Jews would live in freedom and security but a place largely lacking in any distinctive or recognizable Jewish character. Moreover, Herzl’s vision was of a kind of technological utopia. Bringing to Zionism the spirit of an engineer, he believed the new society would provide the seedbed for the most advanced ideas in science, technology, and economics.

As Halkin notes, Herzl had been mainly an outsider both to Judaism and the Zionist movement. It was only after covering the Dreyfus Affair for the Viennese paper Neue Freie Presse that he was inspired to act. To his eternal credit, he recognized the dangers of European anti-Semitism and believed that the establishment of a Jewish state—in Palestine if possible, but elsewhere if necessary—was of utmost urgency. Herzl’s Zionism was in many respects an idealism of ends combined with a Machiavellianism of means. He was much more comfortable working the corridors of power in various European capitals than speaking the language of his Eastern European brethren.

For Ahad Ha’am, by contrast, a Jewish state without a Jewish culture would be an empty shell, nothing but a parody of its European model. Ahad Ha’am’s own experiences had been formed among the Yiddish-speaking and Hebrew-reading Jews of the Russian empire rather than the German-speaking and -reading Jews of Central Europe. If Herzl approached the “Jewish Question” in the spirit of a German engineer, Ahad Ha’am did so as a Spencerian (or Darwinian) evolutionist. He regarded the world of the shtetl not as a prison from which to be liberated but as the site of a vibrant Jewish culture that needed to be preserved and developed. Similarly, Hebrew was for him not so much the holy tongue as the original language of the Jewish experience, a language that in order to survive needed constantly to adapt itself to new circumstances.

It is easy today to disparage the apolitical cultural vision of Ahad Ha’am’s Zionism. (Halkin himself does no such thing.) For him, the land of Israel would be less a place of mass immigration than a home for a spiritual elite. This Jewish elite—an idea strikingly similar to the theory of the “talented tenth” advanced in the early 1900s by the American black activist W.E.B. Dubois—would seek not to become an economic and political power but to keep alive a vibrant Jewish culture, expressed through its indigenous forms of language, music, and poetry. Cultural Zionism was an attempt to maintain a distinctive Jewish identity—a national spirit—among Jews increasingly tempted by the dreams of assimilation to modern liberalism.

In hindsight Ahad Ha’am can seem naïve, oblivious of the coming storm of anti-Semitism. Herzl was more farsighted. His conception of Zionism can seem paradoxically more attuned to the Jewish people’s actual needs than that of his rival who signed himself “One of the People.” Moreover, Ahad Ha’am’s depiction of Judaism as a culture was in its own way just as foreign to Jewish experience as Herzl’s technologism.

The very term “culture” was a byproduct of European romanticism. The term was popularized by the German philosopher J.G. Herder, who thought of each people as shaped by its own unique national spirit or Volksgeist. In this romantic vision, history presents itself as the development of a pleasing variety of such national spirits, each with its own distinctive, culture, taste, and tone. Thus, in “The Spirit of Hebrew Poetry” (1782-3), Herder regarded the Hebrew Bible as expressing the Ursprache or original poetic genius of the Jewish people—a thought certainly compatible with Ahad Ha’am’s formulation more than a century later of the Jewish national spirit. And yet how does such a vision itself comport with the idea that Torah and Talmud are not simply the exfoliation of the Jewish national spirit but at root the product of a divine gift, of divine revelation?

Halkin argues that in the fullness of time—or at least in the century since Herzl and Ahad Ha’am and their proxies engaged in their heated polemic—their disparate views have merged. Contemporary Israel, he suggests, looks like a synthesis of political and cultural Zionism. Yet syntheses can be misleading. Both men, for instance, dangerously underestimated the degree of hostility that a Jewish state would meet from its non-Jewish neighbors. For all of his Machiavellian Realpolitik, Herzl seemed naïve to the needs of Jewish self-defense. Can a Jewish state survive without Jewish arms? Can a Jewish state, as Ahad Ha’am believed, live on culture alone, whether of the high or the folk variety? The Zionist utopia envisioned by each of them, in which Jews and Arabs would live peacefully side by side, remains today a dream, if not a pipe dream.

The abiding differences between Herzl and Ahad Ha’am are expressed today in competing visions of Israeli statehood. Anyone looking for contemporary heirs of Herzl might find them in Dan Senor and Saul Singer, the authors of Start-Up Nation with its portrait of contemporary Israel as a dynamo of economic development and computer technology. Theirs is a technological vision cut from the same cloth as Herzl’s Altneuland.

Meanwhile, for one of the most interesting heirs of the cultural Zionist tradition, one might look to the Israeli political theorist Eyal Chowers. In The Political Philosophy of Zionism, Chowers cites Ahad Ha’am and Ḥayyim Naḥman Bialik, the towering Hebrew poet, essayist, and cultural anthologist, as heroic models for contemporary Jewish life. In his belief, their idea of Zionism as a non-political community of writers and artists awaits grafting onto a conception of a democratically engaged citizenry in today’s land of Israel.

Can these two views be reconciled? Hillel Halkin argues that they can be. And who knows—perhaps he’s right.

Ahad Ha'am and Theodor Herzl: Together at Last?
1. Essay

What Would Ahad Ha'am Think about Israel Today?
4. Response