What Would Ahad Ha'am Think about Israel Today?

He would likely share more with young men sporting knitted kippot and young women in long skirts than with any other sizable group on the Israeli scene. 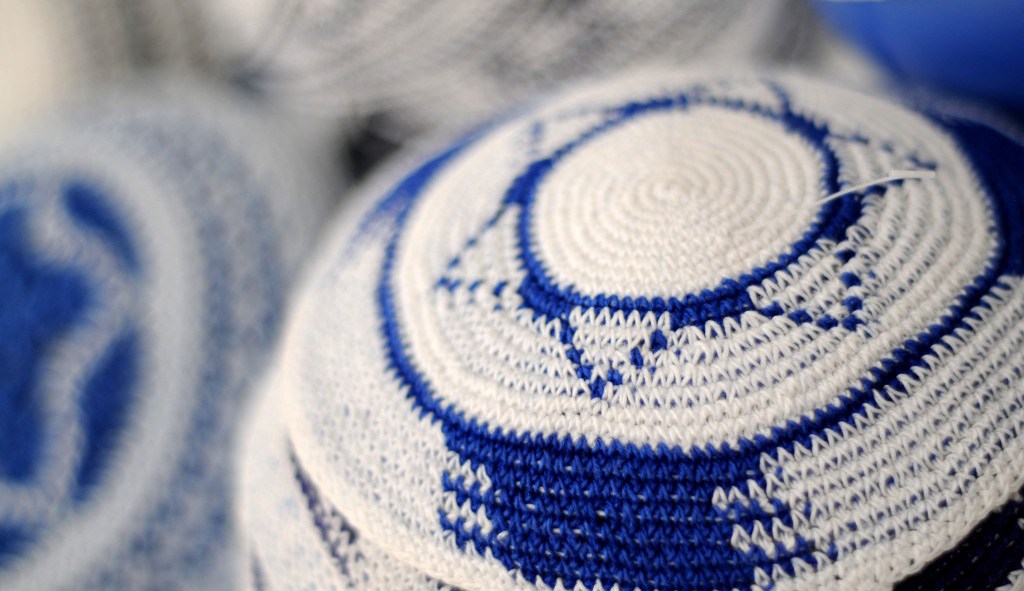 Response
Allan Arkush
About the author

At the beginning of his superb essay on Ahad Ha’am, Hillel Halkin cites his protagonist’s savage takedown of Altneuland, a futuristic 1902 novel by Theodor Herzl—by, that is to say, Ahad Ha’am’s successful rival for leadership of the Zionist movement. The novel imagines the marvels a traveler would find upon visiting a utopian Jewish-state-to-be. Halkin characterizes Ahad Ha’am’s “caustic” treatment of Altneuland as “the most contentious Jewish book review of the century.”

At the end of his essay, returning to that same review and to the two men’s rivalry, Halkin can’t help wondering what Theodor Herzl would make of the actual Jewish state—the state that “would never have existed without him”—if he could come back to visit it today. It’s a great question, and it raises another question: namely, what would be the reaction of Ahad Ha’am himself—the father of “cultural Zionism,” as opposed to Herzl’s “political Zionism”—to such an experience?

Although Halkin doesn’t delve into the matter, by chance Fania Oz-Salzberger, a professor of history at Haifa University, brought both men back from the grave in an imaginative piece she contributed eight years ago to the Israeli journal Kivunim Ḥadashim (“New Directions”). For good measure, she had them accompanied on their nationwide tour by Vladimir Jabotinsky and a small group of other deceased Zionist luminaries.

Oz-Salzberger’s Herzl, who has a hard time digesting hummus, is thrilled above all by present-day Israel’s technological prowess. For his part, her Ahad Ha’am, ever the elitist, is troubled by the diversity of Jewish types he sees in the streets and their all-too-apparent disconnection from one another. Nevertheless, while Herzl is happy to see his name memorialized everywhere, it’s the national memory of Ahad Ha’am that turns out to be “deeper and more vital, in Jerusalem and even in Tel Aviv”:

Here young people, with and without kippot, are studying him, in classes and in late-night gatherings. What he sought to mold out of Jewish culture remains bubbling hot matter.

Oz-Salzberger suggests that Ahad Ha’am would find this turn of events rather gratifying. I’m not so sure. I suspect this relentless critic would remain, as was his wont, more focused on the unfilled part of the glass. That’s what he was like, for instance, on an actual visit to Palestine in 1912 when, among other things, he sized up the accomplishments of a fledgling Hebrew high school in Jaffa. Named, a little paradoxically, after Herzl, the school was the flagship institution of exactly the kind of cultural-Zionist project in the Holy Land that Ahad Ha’am had championed two decades earlier: a project that, as Halkin puts it in his Mosaic essay, would bring “the best pedagogues and Hebrew teachers to raise a new generation of knowledgeable, patriotic, fluently Hebrew-speaking youth.”

Ahad Ha’am did have some good things to say about the school he saw in 1912, but he had many complaints as well, including about the way the Bible was being taught—too much context, not enough text. One student, he noted, could give him a fine overview of a particular biblical prophet, but

when I asked him to read a passage from the very same prophet, [he] evaded doing so with the excuse that he had learned the book the previous year and had already forgotten it. And when he saw how surprising this was to me, he added innocently: “How is it possible to remember? These things are so confused!”

What’s more, if the school’s biblical instruction was faulty, its treatment of the post-biblical Jewish heritage was worse. You can’t educate the current generation, Ahad Ha’am insisted, as if it were living in the time of Isaiah. If you cut the student off from his people’s later history, “you will make things so confusing for him that he will not know what is his place in the world in which he lives and what is the relationship between himself and the rest of his people, who are still subject to ‘the spirit of exile.’”

I’ve never set foot in the Herzliya Hebrew Gymnasium, which still exists today, but on the basis of what I’ve heard and read about the treatment of the Bible and of Judaism in contemporary Israeli schools, I suspect that if Ahad Ha’am were to revisit its classrooms today he might find himself longing for the good old days of 1912. Unlike Oz-Salzberger, I also suspect he might have the same dour response to the whole “bubbling” cauldron of today’s Israeli culture.

The culture of the Jewish national center, Ahad Ha’am believed, had to grow out of the distinctively Jewish national spirit and reflect the Jewish national ethic. Even if—as Halkin reminds us—“one can search Ahad Ha’am’s essays in vain for any taxonomy of the Jewish ‘national spirit’ or explanation of what makes it unique,” he had a strong sense of what that spirit was and what it wasn’t. It was, in brief, precisely what was missing from the Europeanized, non-Hebrew-speaking, “bourgeois paradise” (in Halkin’s phrase) of Herzl’s utopian Old-New land. Ahad Ha’am would likely pronounce the same harsh judgment on Israel today, and especially on Tel Aviv, the city named after the title of the Hebrew translation of the novel he so angrily disparaged in 1902.

Oz-Salzberger’s imaginary Ahad Ha’am also makes a point of showing up at one of Israel’s university campuses to meet with a group of critical historians and post-Zionist sociologists. He spends considerable time with them and takes many notes—but “what he said to them,” Oz-Salzberger relates playfully, “I didn’t hear and I don’t have a right to say.” But what could he have said that would have carried the least weight with such types? They might have appreciated his receptiveness to their position on Israel’s treatment of the Palestinians, with regard to whom he had evinced at an early date an unusual measure of concern. But they would have dismissed his talk of an inherent and distinctive national identity as essentialist nonsense—or as theology disguised as philosophy.

In that last respect, they would have been on to something interesting. Back in the day, even the assimilated and intermarried Max Nordau, who would become the co-founder with Herzl of the World Zionist Organization, had called Ahad Ha-am a “secular rabbi.” I myself, following Arthur Hertzberg in The Zionist Idea, would prefer “agnostic rabbi.” Ahad Ha’am didn’t go out of his way to affirm the existence of the God of Israel, but neither did he deny it. Moreover, he could make his peace with Him or with, at any rate, those who believed in Him. Not only, as Halkin observes, was he loath to embroil himself in disputes with traditionalists, but he was quite prepared to collaborate with them as long as they shared his constructive nationalist aims and showed no desire to impose their religious outlook on others.

Bearing this in mind, and picking up where Oz-Salzberger leaves off, I can visualize Ahad Ha’am taking his weary and somewhat sour leave of his academic interlocutors and, while wandering about the campus, ruminating on the disconnect between his most basic convictions about the Jewish national spirit and the intellectual environment of secular post-Zionist Israelis. Were he to resolve to continue his search, whom might he hope to find?

My guess is that he would be almost equally dissatisfied in the company of those devoting time to the study of his own writings and of “what he sought to mold out of Hebrew culture” (in Oz-Salzberger’s formulation). If he were drawn to any in particular, I think it would be the young men sporting knitted kippot and the young women in long skirts. Among them, whatever political bones he might wish to pick, he would likely share more in the way of a common base of knowledge, cultural assumptions, loyalties, and national aspirations than with any other sizable group on the Israeli scene.

But I, too, am going to refrain from putting words in his mouth.

What Would Ahad Ha'am Think about Israel Today?
1. Essay

Ahad Ha'am and Theodor Herzl: Together at Last?
4. Response