For Israel, the Task is to Work Even Harder to Keep Old Friends and Reach Out to New Ones

Israel’s continued success in global affairs will disprove the deluded claim that the Jewish state is isolated in the world. It’s also the right strategy. 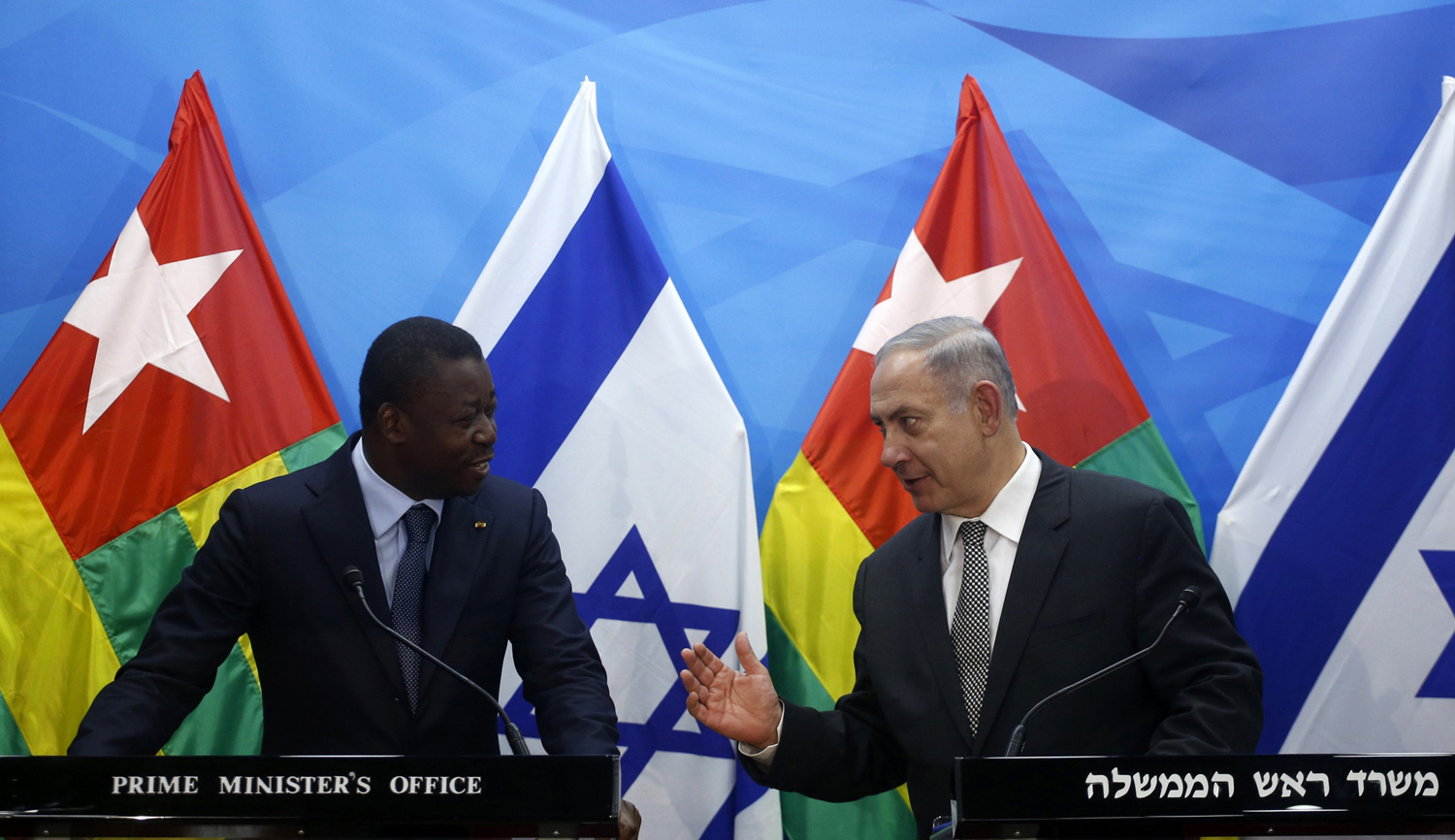 Arthur Herman’s essay, “Everybody Loves Israel,” comes as a breath of fresh air amid the pummelings being administered by the United Nations and the BDS movement and the dirge-like laments of friends about the Jewish state’s growing isolation as it courts a fate worse even than apartheid South Africa’s.

True, Herman’s title may be overstated, as he himself concedes, and the same can be said about some of the candidates he brings forward in support of his optimistic thesis, including Russia and China. Thus, for example, Yaakov Amidror has pointed to the approving votes cast by those two countries for UNESCO’s recent denial of a Jewish link to the city of Jerusalem: a sharp reminder of the limits of state-to-state relationships not based on moral affinities. Robert Satloff, in his own response to Herman at Mosaic, strikes a similar note of caution.

Yet, essentially, Herman is on the right track. And for me personally, as one who has been “on the scene” in Israel, serving six years (2009-2015) as deputy national-security adviser for foreign affairs, his positive assessment serves to vindicate a strategy pursued by politicians and policy makers deliberately and systematically (insofar as the latter term can ever be applied to Israeli life) for the better part of a decade, with remarkable results.

But let me start where Herman ends: none of Israel’s achievements in fashioning new partnerships on the world stage can or should in any way reduce the importance—the absolute centrality—of the U.S.-Israel bond. For the foreseeable future, Israel’s security and diplomatic support must continue to come from Washington. Whoever is in the White House, nothing is more important to Israel’s survival and prosperity than the bipartisan commitment of the world’s greatest power, which also happens to be the home of the world’s second-largest Jewish community. We Israelis must constantly be on our guard to nurture and sustain that commitment, and never take it for granted.

In this connection, what Herman does help us grasp is that Israel, for all the aid it receives, does in fact repay America for its support, and much more. Not only do we Israelis fulfill our obligation to keep our immediate vicinity safe, and to seek political and diplomatic understandings wherever we can without jeopardizing that safety, but we also accept strict limits on our trade with America’s rivals. A case in point is China, a country with which trade could long ago have reached much higher levels had Israel not been bound by its promises to the U.S.

Indeed, not just China but Asia as a whole has loomed large as a land of opportunity for Israel’s last three prime ministers: Ariel Sharon, who visited India and presided over a dramatic breakthrough; Ehud Olmert, whose refugee grandfather is buried in Harbin and who led Israel’s mission to the 2010 World’s Fair in Shanghai; and Benjamin Netanyahu, who in addition has forged a strong and amicable relationship with his Japanese counterpart, Shinzo Abe. And this is not to mention the ongoing efforts to bolster cultural as well as economic relations further with China and simultaneously to balance them by means of strong links with some relatively smaller Asian players—the population of “little” Vietnam alone stands at about 100 million—as well as a number of the truly small ones in this tense world arena.

Moving clockwise around the globe, we come to Africa. The prime minister’s visit to Uganda earlier this year was particularly redolent with symbolism. Forty years ago, a Ugandan bullet took his brother Yonatan’s life in Israel’s dramatic rescue operation at Entebbe airport. In the clash, which resulted in the rescue of 248 hostages, more than 40 Ugandan soldiers were also killed. Far from a cause of lingering rancor, however, that dramatic event has come to be seen by many in Uganda as the beginning of their salvation from Idi Amin’s demented rule. In Kampala and far beyond—Netanyahu’s itinerary also took in visits to Kenya, Rwanda, and Ethiopia—Israel is regarded as a friend in need.

From Africa, crossing the Atlantic, we arrive in Latin America. Much reviled by Venezuela’s late Marxist-Leninist president Hugo Chávez and his ilk, Israel has had an easier time finding a place as a friendly observer at the Pacific Alliance (Alianza del Pacifico, a trading bloc comprising Chile, Colombia, Mexico, and Peru) as well as at the larger Southern Common Market (Mercosur). Winds of change are blowing elsewhere in the region as well, and new opportunities are opening up. As Israel’s curious friendship with Ecuador suggests, the heirs of Simón Bolivar are not all equally hostile, and some have come to appreciate how much Israel has to offer to countries seeking to rise through economic innovation.

Finally, to complete the circle, there’s Europe. Despite the problems besetting the continent, including the threat from Islamist radicals and their left-wing allies and the no less worrisome rise of the hard right, it is far too early to speak of Europe as lost. Even setting aside Angela Merkel’s firmly pro-Israel foreign policy, itself no small factor in European politics, there are the sentiments of many East Europeans whose memory of oppression by the Soviets—for decades the world’s foremost great-power propagator of anti-Israel hate—has informed their instinctive sympathy with Zionism and the Jewish state. As for southeastern Europe, and especially the eastern Mediterranean, important commonalities are emerging that Herman knowledgeably expands upon in the sections of his essay concerning Israel’s emergence as an energy powerhouse.

Hard work is required to preserve, maintain, and advance the economic and strategic progress that Israel has made in the realm of world affairs. The prime minister is by necessity the prime mover here, but much needs to be done at the ground level, on a daily basis, in a coherent and coordinated fashion by, especially, Israel’s foreign ministry (lately the target of a regrettable move to break up and enfeeble it as an institution by shifting large chunks of its turf to other ministries). For Israel today, and for the sake of generations to come, this is a vital priority. Not only will continued success in this realm definitively give the lie to the deluded claim of Israel’s enemies that it is isolated in the world. At least as importantly, it is the right strategy for an economy that has wisely moved away from the import-driven policies of Israel’s younger years, and it is the right strategy for a country, and a people, with diverse global interests and with ties to greater and smaller Jewish communities around the world.

A vital task—and a possible one. As Herman notes, and as we Israelis have seen firsthand, several factors now combine to make Israel a dynamic player in world affairs. Within its region, it is a player with no wish to “rule” the “new Middle East” but certainly a desire to be a key partner in a hopeful new consortium in the eastern Mediterranean. With the clear prospect of Israel’s emerging as a significant gas exporter, there lies, beyond the obvious economic benefits, the no less fascinating prospect of linking up with Greece, Cyprus, and Italy, as well as with Egypt, Jordan, and (when Erdogan changes course) Turkey, cutting across the lines of old affiliations, creating an effective community of eastern Mediterranean nations, and redefining Israel’s place in the region.

A second factor, in the region and far beyond it, is the awakening realization that totalitarian Islamist terrorism is a threat to all, and that Israel can help. The help can be concrete, in the form of new markets for security products. And the help can be, for lack of a better term, cultural—in the sense of an enlarged and shared recognition of the times in which we live and the measures demanded of us if our civilization is to survive. In European countries where the subject of security and of those engaged in it (military, law enforcement, intelligence) was long regarded as a perhaps necessary but marginal if not disagreeable aspect of policy making, the horrors of Paris, Brussels, and Nice have shifted perceptions—and in policy circles empowered people who also happen to be instinctively pro-Israel.

But most of all it is technology, and more specifically a culture of innovation, that has brought not only Greece and Cyprus but China and Norway, India and Tanzania, to Israel’s door. Dan Senor and Saul Singer’s Start-up Nation, translated everywhere (I spied a Mongolian edition on a visit to Ulan Bator), has played a seminal role in this development. But much has happened since the publication of that book in 2009, not least in the field of cyber-defense—without whose benefits in today’s world there can be no e-commerce. In recent years, a full 20 percent of global investment in cyber-defense has gone to a country with 0.1 percent of the world’s population: a badge of honor and a tribute to Israel’s bright, inquisitive young minds and an encouraging thought in times of great and troubling uncertainty.

For Israel, the Task is to Work Even Harder to Keep Old Friends and Reach Out to New Ones
1. Essay