Israel has successfully navigated the post-Arab Spring chaos, it has the region’s most powerful military, and it will soon be a major energy player. 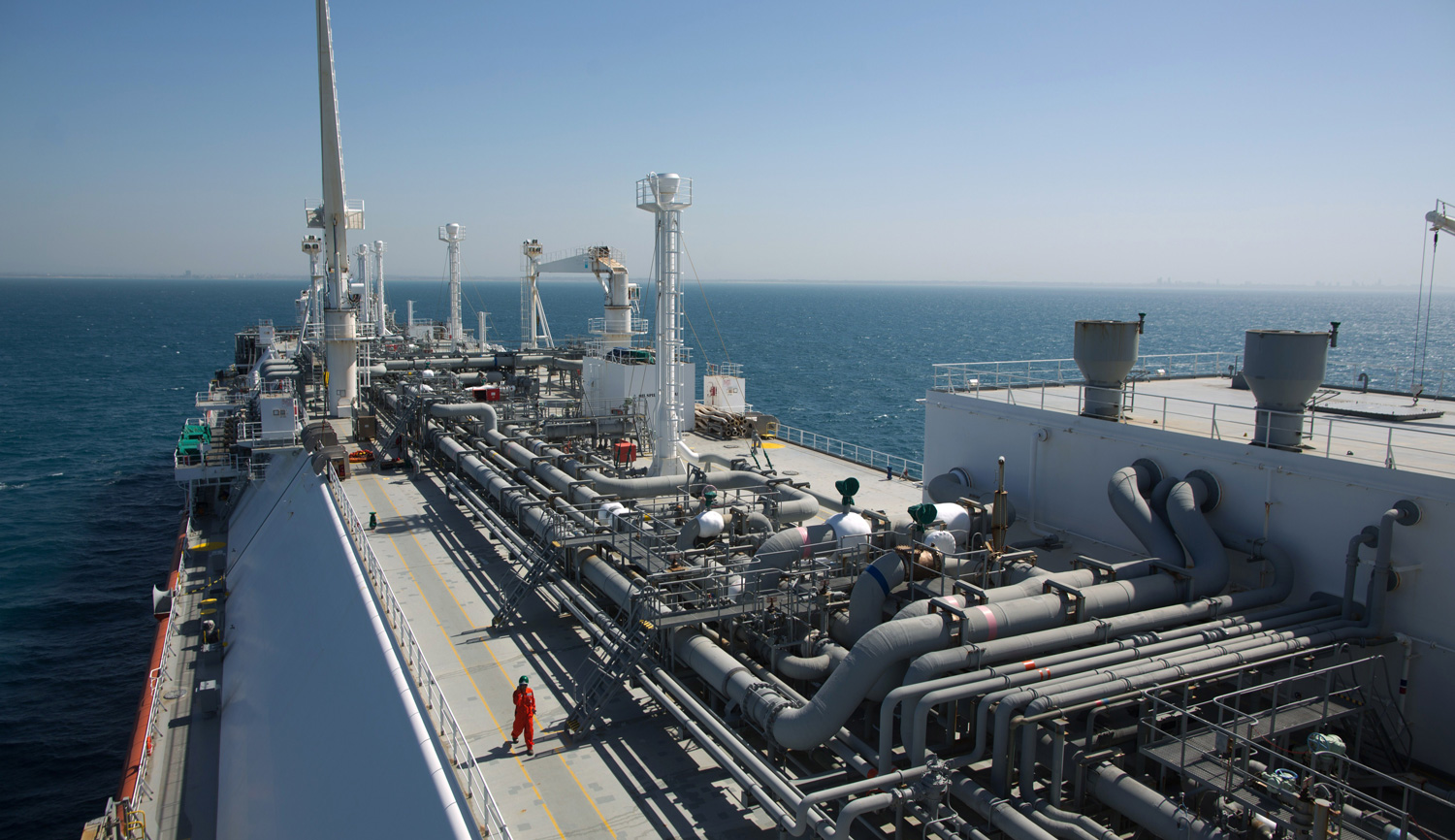 The Expedient regasification ship shown anchored off the coast of Israel on February 26, 2015. MENAHEM KAHANA/AFP/Getty Images.


Arthur Herman is a senior fellow at the Hudson Institute and the author, most recently, of 1917: Lenin, Wilson, and the Birth of the New World Disorder (HarperCollins, 2017).

If any other evidence were needed, the recent fires in, especially, Haifa bring home that the title of my essay, “Everybody Loves Israel,” was not to be taken literally. I stipulated as much at the outset of the essay, and I’m happy that both Robert Satloff and Eran Lerman agree.

Of course not everyone loves Israel—just as not everyone who has recently embraced a more favorable view of the Jewish state actually loves it. This applies most obviously to Saudi Arabia and the Gulf States, but also to Turkey, Egypt, and very probably Russia. China is a slightly different case: while Beijing’s cultivation of strong economic ties with Israel is certainly strategic—that is, part of a larger effort to exercise economic as well as political influence in the Middle East—it also springs from a degree of fascination mixed with envy. How can such a small country with so tiny a population achieve so much, and dominate its neighbors so effectively? Like the Japanese, men like President Xi Jin-ping would like some of that magic to rub off on themselves. That is or should be gratifying to Israeli self-esteem, but it’s hardly a sign of deep and abiding affection.

All the same, there is no denying that, as Robert Satloff phrases it, Israel is hot right now, and it’s worth exploring why.

Eran Lerman correctly points out that, in part, Israel’s currently favorable position represents the vindication of a deliberate strategy, pursued by successive Israeli prime ministers, to reposition the country as a safe bet for strong bilateral relations: Ariel Sharon with India, Ehud Olmert with China, Benjamin Netanyahu in very different ways with both Japan and Russia. Part, too, springs from Israel’s ability to exploit the widening Sunni-Shiite divide. Those twin foes of the “Zionist entity,” no longer able to present a united front (if indeed they ever were), now fear and loathe one another more than they do Israel. And an additional active ingredient has been the civil war in Syria, which has managed to turn all the toxic forces in the Middle East against each other while passing Israel by. (On its side, Israel has also been careful not to become embroiled in the hell breaking loose a few miles north of its borders.)

In sum, the Jewish state is an oasis of stability and security in a region that the Arab Spring rocked on its foundations.

Two other ineluctable facts about Israel, one old and one newly minted, greatly help to make it a desirable partner in the Middle East now emerging. The first is that Israel has the region’s most powerful and effective military. In Saudi Arabia, Egypt, Turkey, or even Russia, anyone in a position of power who’s looking for an ally that can be counted on for good intelligence or for help in a scrape—or, just as important, who doesn’t want Israel fighting on the other side—needs to be on good terms with Jerusalem.

The second fact, discussed in my essay, is that Israel will soon be an important natural-gas exporter and energy player in the region. This past summer, I was a member of a joint Hudson Institute-University of Haifa commission that examined options for natural-gas development and offered several recommendations. The major point to which we kept coming back was that, with demand for gas exploding across the Middle East and North Africa, Israel has become not only a highly desirable strategic partner but a no less desirable economic one, and is in fact well-positioned to play a significant role in the economic development of the entire region, not least because countries with similar resources, like Egypt, Cyprus, and eventually Lebanon, can develop them only in conjunction with Israel. This is something that Israel’s neighbors understand, as well as something that can give impetus to many of Israel’s friends in the West who would like to help it build strong economic ties with those same neighbors.

All of these factors work in Israel’s favor. As both of my respondents point out, they need to be preserved and built upon.

What about the United States? This was in fact the main point toward which I was driving in my essay, and on which I closed. The changing view of Israel, and its changing status in the region, represent a powerful opportunity for the next administration. There will be complications, to be sure: for one thing, American re-engagement in the region will need to maneuver around Russia’s renewed presence, including its military presence. But, again in terms of both strategic and economic interests, the opportunity to show America’s full hand in dealing with its fellow democracy and most steadfast ally in the Middle East has never been greater. If “Everyone Loves Israel” helps to raises awareness of this opportunity, I’ll be most gratified.

My thanks again to Robert Satloff and Eran Lerman for their extremely thoughtful comments. For further reflections on the themes of my essay, and their implications for Israeli and American policy makers, readers are invited to tune in to the Tikvah Fund podcast of my conversation with Jonathan Silver.

Everyone Loves Israel—Until They Don't
3. Response

For Israel, the Task is to Work Even Harder to Keep Old Friends and Reach Out to New Ones