Palestinians Aren't Ready to Make Peace with Israel. That Doesn't Rule Out a Peace Deal.

After all, most Egyptians and Jordanians are anti-Israel, too, and yet their countries’ peace agreements have lasted. 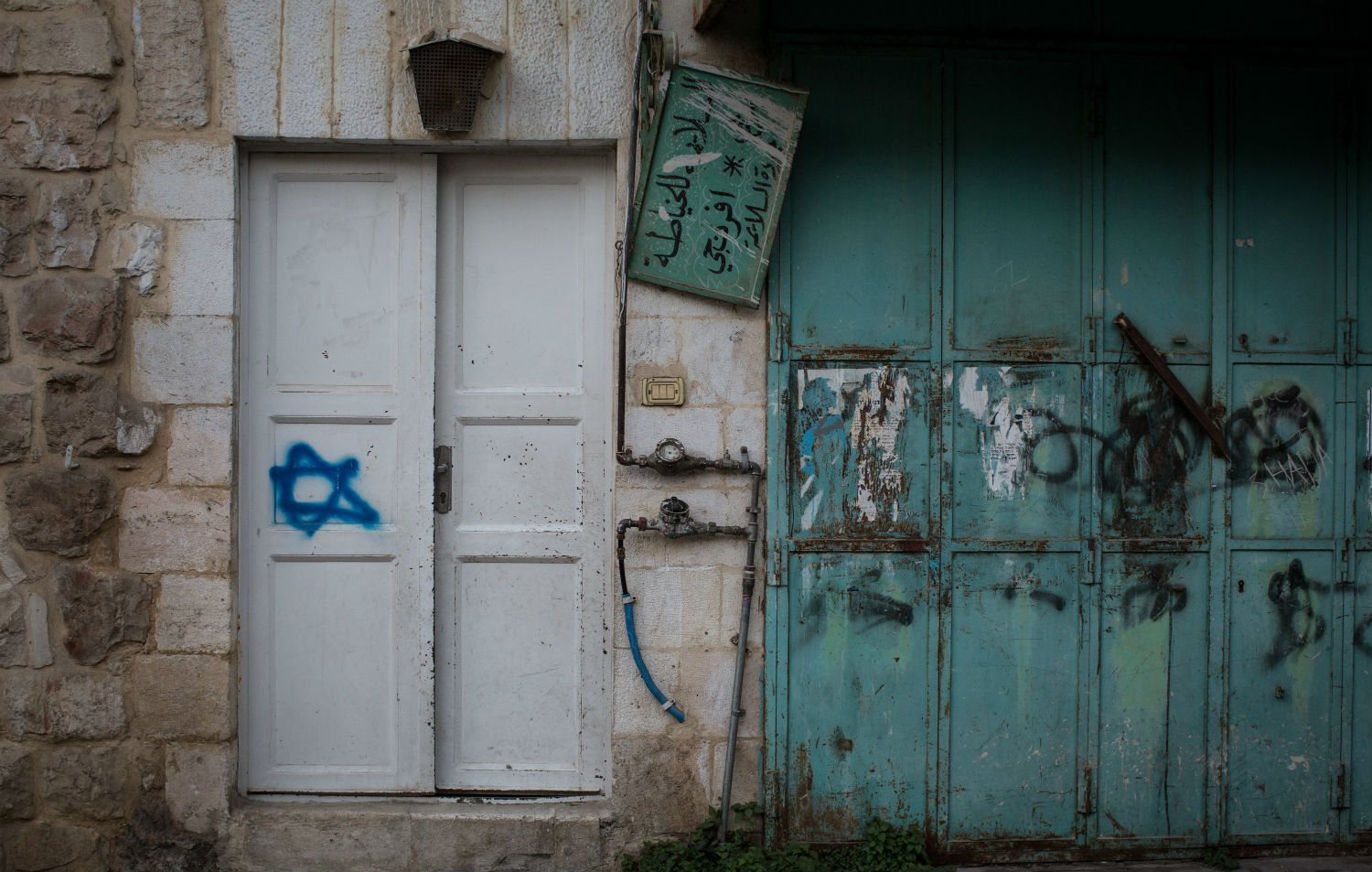 
Ghaith al-Omari is a senior fellow at the Washington Institute for Near East Policy. From 1999 to 2006 he served as an adviser to the Palestinian negotiating team and participated in numerous rounds of negotiation at settings including the 2000 Camp David summit.

In his Mosaic essay, “Do Palestinians Want a Two-State Solution?” Daniel Polisar concludes that the Palestinian public does not, in fact, want such a solution. Instead, by large and consistent majorities, Palestinians support the maximalist solution of a Palestinian state “from the Jordan River to the Mediterranean Sea.” (Whether Israelis want a two-state solution, and if so under what conditions, is of course a separate matter.)

If we accept Polisar’s conclusion, what are the policy implications for those who still hope to reach a two-state solution? First: is achieving that goal dependent, as Polisar indicates, on “policies that seek to reduce decisively popular Palestinian support for a maximalist state,” or can the goal be achieved despite negative public views? Second, if the latter is the case, would a strictly transactional peace deal between the parties suffice, or should any such deal provide for the transformation of existing public perceptions?

In what follows, I mean to address these questions one by one. Before proceeding, however, let me stipulate that Polisar’s essay is convincingly argued and is steeped in thorough, meticulously examined polling data from a wide array of credible pollsters. To offer a critique of it in those terms would require someone equally conversant in the art and science of survey research. (For a partial example, see David Pollock’s response to Polisar’s previous essay in Mosaic, “What Do Palestinians Want?”) Here I mean to advance a different general point—namely, that public opinion and political behavior are not identical.

In at least two momentous cases in the arena of Palestinian-Israeli relations—the 1993 Oslo Accords between Israel and the PLO under Yasir Arafat, and the unilateral Israeli disengagement from Gaza in 2005—the Palestinian public embraced political developments that fell far short of their maximalist views. This alone may suggest that policies holding out a credible promise of concrete positive change can be stronger motivators than one’s abstractly held views. While past events rarely give us a reliable glimpse into the future, at the very least these two instances recommend caution before automatically predicating actual behavior on the findings of opinion polls.

Consider the two instances in which actual peace was achieved between Israel and formerly hostile neighbors: Egypt in 1979 and Jordan in 1994. Decades after the conclusion of these two peace treaties, despite turbulent times and episodes of sometimes severe testing, diplomatic relations have survived. Meanwhile, even today one would still be hard-pressed to find more than a handful of individuals in either of the two Arab nations who view Israel favorably. Rather, anti-Israel sentiment and even, in some cases, outright anti-Semitism remain widespread among both the public and the elites. If the public’s readiness for peace were the prerequisite of a successful agreement, neither the Egyptian nor the Jordanian deal would ever have been signed.

What made these deals possible was not the Egyptian or Jordanian people’s view of Israel but their view of their own leaders. Both President Anwar Sadat of Egypt and King Hussein of Jordan enjoyed sufficient popular legitimacy (not to be confused with electoral legitimacy) to bring their publics along as they made unpopular decisions that they deemed necessary for their national interests.

Thus, in gauging the prospects of an agreement between Israel and the Palestinians, we should consider another set of polls: those examining the Palestinian public’s view of its leaders. Here the picture is grim. The Palestinian leadership is facing a severe legitimacy deficit due not only to its failure to deliver results in the peace process with Israel but also to its record of poor governance and corruption and its highly restrictive grip on political space. If these issues of legitimacy remain unaddressed, no leader can conclude peace—no matter what the terms of the deal may be. On the other hand, with sufficient legitimacy a Palestinian leader could do what Sadat and Hussein did.

This brings us to the second question, regarding the substance and function of an actual two-state agreement. Must such an agreement address the public’s negative perceptions and create mechanisms to transform them?

The issue is hardly new. Even setting aside the rosy, sometimes Pollyannaish statements voiced by local and international leaders concerning their publics’ yearning for peace, real-life negotiations have in fact always assumed, at least implicitly, that a peace deal does need to address elements of national narrative and popular opinion that are incompatible with true reconciliation.

But negotiations over a prospective two-state solution show the limits of this approach. In round after round of talks devoted to the topic, both Israeli and Palestinian participants (and here I include myself as an adviser to the Palestinian side) have regularly overloaded the negotiation process with lofty attempts to reach a common understanding on such historically fraught issues as what happened in 1948, which side has the stronger attachment to Jerusalem, and the like. And as with the past, so with the future: negotiators have repeatedly become bogged down in admirable yet futile attempts to shape forward-looking proposals for economic, cultural, and civil-society relations between the two sides. At both efforts we have failed, and these failures have deepened our mutual suspicions. Tackling these issues, instead of facilitating an agreement, has only piled on additional points of disagreement and further burdened already complex negotiations.

Here, again, Israel’s peace treaties with Egypt and Jordan can provide some guidance. These were transactional dealings designed to resolve concrete disputes, address the core interests and concerns of the sides, and end the state of belligerency. There were no illusions that the agreements were meant to be socially transformative. And that, perhaps, may be one of the reasons why they were more easily achievable than the elusive two-state solution has proved.

None of this, however, is to suggest that we should therefore ignore public opinion altogether. I agree with Polisar: “Palestinian views on a two-state solution have substantial ramifications regarding the leeway their leaders have in negotiations with Israel, the expectations with which Israelis should approach talks, [and] the ability of third-party brokers like the U.S. to bring the sides together.” But in light of what I’ve said above, I would phrase the point somewhat differently: while public opinion does not determine the possibility of reaching a two-state solution, public attitudes are by no means irrelevant.

From a utilitarian perspective, the more negative are the Palestinian public’s views of Israel, and the more hardline its attitudes toward necessary compromises, the more difficult it will be for Palestinian leaders to sell a deal at home. And the same goes, mutatis mutandis, for an Israeli leader via-à-vis Israeli public opinion. This is particularly salient given the paucity in today’s Middle East of such larger-than-life figures as Anwar Sadat and Menachem Begin, or King Hussein and Yitzḥak Rabin. But political expedience is also not the sole consideration: some of the issues identified in Polisar’s essay, like the denial of the historical Jewish connection to Jerusalem or to the land in general, need to be confronted because that is the factually correct and morally right thing to do.

In sum, for those who wish a future in which Palestinians and Israelis not only survive but also thrive, what’s needed, as Polisar writes, is an approach that sees the contest between them “not as a zero-sum battle in which a monopoly of right belongs to one side, but as a conflict in which two legitimate claims have been pitted against each other and must be resolved.” To that end, the two sides, as well as international actors involved in the conflict, need to internalize the fundamental diversity inherent in this historically, culturally, ethnically, and religiously rich region, and to adopt policies that encourage appreciation of respectively valid narratives.

Particularly important in this regard is to support, both materially and politically, the myriad initiatives that encourage grassroots interaction between the two sides. The international community also needs to hold both sides to account not only for incidents of blatant incitement but also for policies and trends that retard or penalize such grassroots cooperation, be that the “anti-normalization” view that has recently come to dominate Palestinian discourse or the current delegitimization of foreign-funded non-governmental organizations (NGOs) in Israel.

How to weigh these various imperatives? Correcting public misperceptions, fighting incitement, encouraging a culture of peace, fostering understanding and coexistence, and yearning for a warm peace are worthy objectives to be pursued in their own right. Yet, to repeat, it would be a mistake to conclude that a two-state solution can be achieved only if public attitudes are changed. Particularly in the midst of an ongoing conflict, such an approach will burden the diplomatic process with demands that can prove impossible to meet.

While warm peace should remain the goal, a cold, flawed peace is infinitely preferable to no peace at all.

Palestinians Aren't Ready to Make Peace with Israel. That Doesn't Rule Out a Peace Deal.
1. Essay

The Israel-Palestinian Peace Process Has Been a Massive Charade
4. Response