Absent a change in Palestinian attitudes, a deal creating a Palestinian state will lead only to revanchism and more violence. 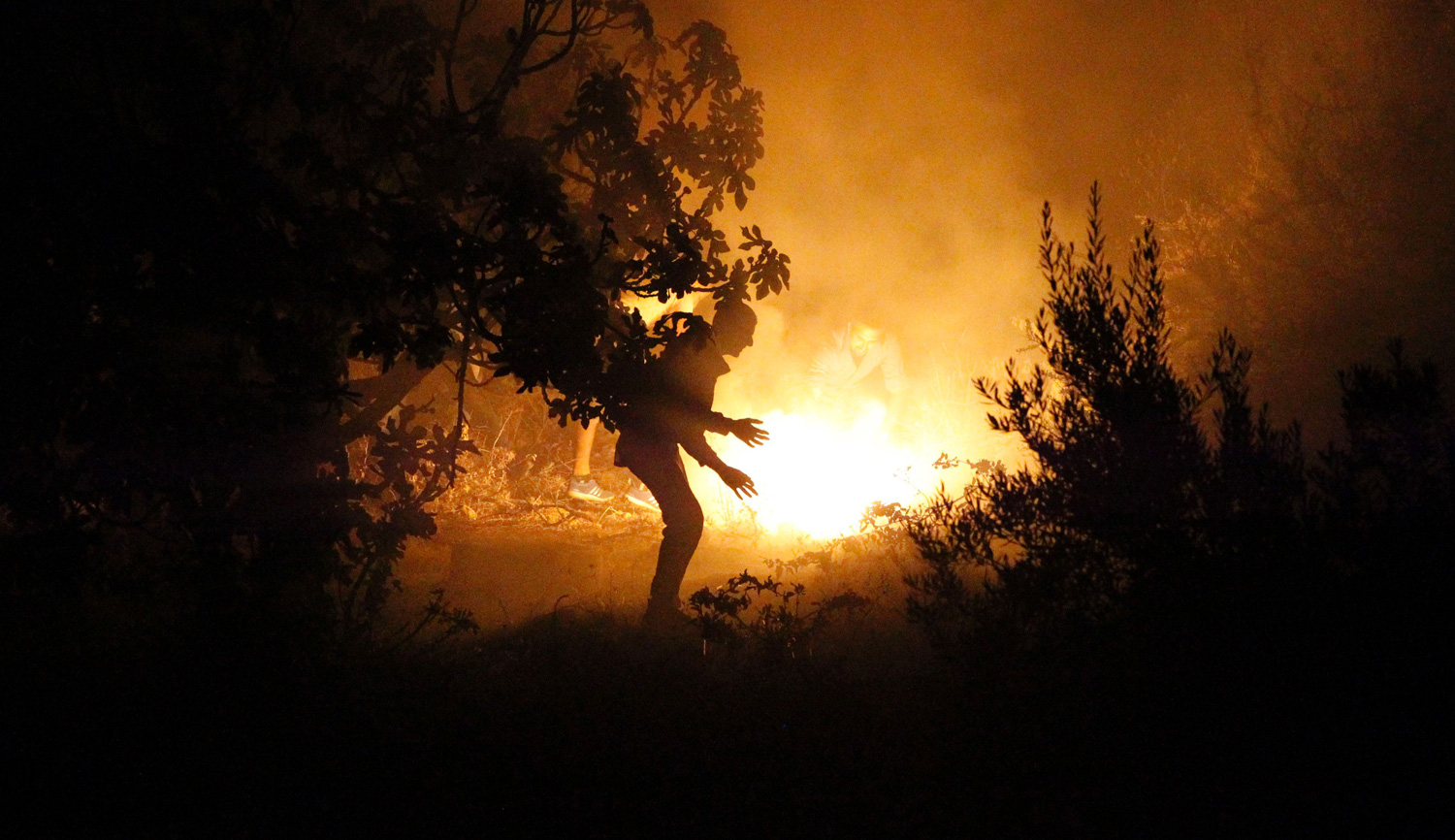 Every moment her light was growing fainter; and [Peter] knew that if it went out she would be no more. . . .
Her voice was so low that at first he could not make out what she said. Then he made it out. She was saying that she thought she could get well again if children believed in fairies.
Peter flung out his arms. There were no children there, and it was night time; but he addressed all who might be dreaming of the Neverland. . . .
“Do you believe?” he cried.
Tink sat up in bed almost briskly to listen to her fate.
She fancied she heard answers in the affirmative, and then again she wasn’t sure.
“What do you think?” she asked Peter.
“If you believe,” he shouted to them, “clap your hands; don’t let Tink die.”

This text is an excellent guide to the policy of the United States and Western Europe regarding the Israel-Palestinian conflict. If you think I exaggerate, consider this statement by then-Secretary of State John Kerry in 2013:

In other words, “If you believe, clap your hands; don’t let the peace process die!”

In his Mosaic essay, “Do the Palestinians Want a Two-State Solution?,” Daniel Polisar is not clapping but instead looking at the facts: something that Kerry and very many other “statesmen” have not done. His analysis of Palestinian public opinion and political culture provides a critical alternative to the happy talk and faith-based diplomacy that have long characterized American policy on the Israeli-Palestinian conflict.

But Polisar also does not despair, instead providing a sensible way forward: first, “cease to deny reality” about the maximalist nature of longstanding Palestinian views; second, adopt policies that will change the view according to which the Palestinian aim must be “liberating all of historic Palestine” to a view of the conflict with Israel as one of “two legitimate claims” that must reach some sort of compromise.

We in the United States have rarely sought to change Palestinian political culture, and it is also fair to say that Israel has made the same mistake. Since Oslo, Arafat and his successor Mahmoud Abbas have glorified terrorism and terrorists, broadcast hatred of Israel and Jews through official media, and rewarded acts of violence against Israelis. For these policies, they have been handsomely rewarded by international donors. A quarter-century after Oslo, Palestinian textbooks are still not reformed. According to the most recent analysis, “The new Palestinian grades 1–4 curriculum is significantly more radical than previous curricula.” Worse yet, the PLO still pays stipends to convicted terrorists and their families, the amount of which rises not with the size of the family but with the severity of their crimes against Israelis.

If there is good news, it is that this period of smiling acquiescence on the part of the West may be ending. The British government, having determined that some of its foreign aid to the Palestinian Authority (PA) has been going to convicted terrorists, has turned off the spigot. In the United States, the “Taylor Force Act” introduced by Senator Lindsey Graham, named after a U.S. Army officer killed in a terrorist attack in Jaffa, would cut off all American funds to the PA as long as payments to terrorists continue.

The argument against such moves has long been that they will harm or even collapse the PA, which is a key partner for Israel in maintaining security in the West Bank, and hurt the “peace process” at sensitive moments. But as Daniel Polisar’s article demonstrates, there will be no peace agreement until Palestinian public opinion changes—or, as I would put it, until Palestinian political culture changes. Too many Palestinians are not ready for the compromises entailed in making peace; nor will Palestinian leaders sign an agreement that opens them to widespread and ferocious public rejection and cries of treason.

It is not crazy to say that a peace deal should come first, and that this in turn would lead to a change in political culture. Conceivably it might even be true—if there were a strong Palestinian leadership of the sort provided by great leaders like Mandela in South Africa and Vaclav Havel and Lech Walesa in Eastern Europe, and if Palestinians and Israelis lived on a shared island in the middle of the ocean. But such leaders are nowhere in sight in the Fatah party, much less in Hamas, and far from living on an island, Israelis and Palestinians live in the Middle East. There, Palestinians are surrounded by Islamist and jihadist groups, and Iran, all of which urge ever more extremism and ever greater violence.

It is thus more realistic to think that, absent a change in Palestinian attitudes, a deal creating a Palestinian state will lead to revanchism and more violence. Generations of Palestinian children have been taught that young men and women who murder Israelis, including Israeli children, are the flower of their society and the noblest models to emulate. In the Palestinian Authority, two girls’ high schools, a computer center, a soccer championship, two summer camps, and a public square are named after Dalal Mughrabi, the terrorist who led the 1978 “Coastal Road massacre” that killed 38 Israelis, including 13 children.

John Kerry said, “we need to believe that peace is possible.” But the greater need right now is to confront the actual data that Daniel Polisar has collected and to stop clapping our hands when a Palestinian politician tells us words we want to hear but does nothing at all to transform those empty words into a reality.

Polisar is right to counsel realism but not pessimism. Rather than turning away, there are plenty of things the United States can do that will actually be conducive to peace. But ignoring the facts is not one of them. Soon Mahmoud Abbas will be in Washington, where he will repeat, as he has done consistently since at least 2003, that violence must end, that terror is unacceptable, and that a peace agreement must be negotiated. One can only hope that American officials will respond by informing him that none of this can possibly happen until Palestinians abandon the dream of destroying Israel, cease celebrating terrorists and cease urging their children to become terrorists in turn, and instead create a political culture that embraces a real peace.

The Israel-Palestinian Peace Process Has Been a Massive Charade
3. Response