American Jews, following American liberalism, have abandoned belief in the nation-state, non-voluntary communities, and religion in the public square. 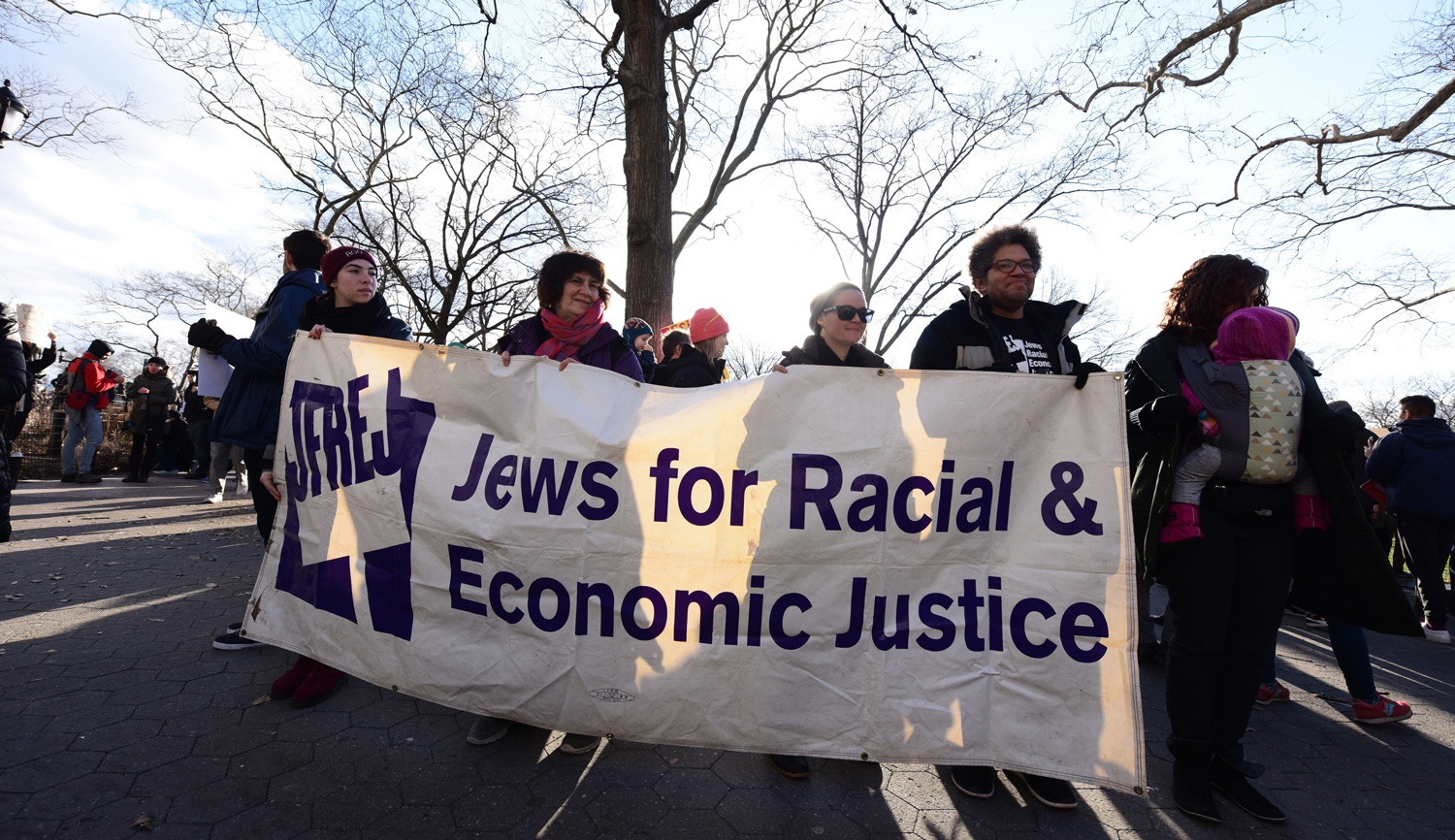 In his essay “Why Many American Jews are Becoming Indifferent or Even Hostile to Israel,” Daniel Gordis lists, as key sources of tension, four major differences between the American and the Israeli political projects. His analysis strikes me as largely accurate, yet I think he misses something important by treating the differences as longstanding and perhaps even inherent. In fact, most are of recent vintage, and there is nothing inevitable or intractable about them. They are the product, first, of dramatic changes in the tenets of political liberalism, and second, of a collective decision by many American Jews to follow the new liberalism wherever it leads—even when it contradicts longstanding axioms of both American politics and traditional Judaism.

Take, for instance, the issue of universalism versus particularism. It’s true, as Gordis notes, that unlike Israel, America was not founded to serve a particular ethnic group. Nevertheless, throughout most of its history, America has viewed itself and functioned as a nation-state. Thus, despite promoting supranational projects like the European Union, which entail forfeitures of sovereignty, America has shunned any such project for itself, preferring jealously to preserve its own sovereignty. This preference traces straight back to the founders’ distrust of “entangling alliances.” Even today, there is bipartisan agreement that America’s first responsibility is to itself, whether or not the “international community” agrees; that’s why even a thoroughly liberal president like Barack Obama didn’t hesitate to launch strikes against anti-American terrorists worldwide without waiting for UN approval—something few European countries would deem thinkable.

Of course, the agreement isn’t wall-to-wall. In recent decades a vocal subset of American liberals, mostly housed in the left wing of the Democratic party, has come to believe that—in the words of Walter Hallstein, first president of the European Commission—”the system of sovereign nation-states has failed.” As perhaps inevitable corollaries of this belief, they argue that national decisions require “global legitimacy,” and that one’s fellow citizens have no more claim on one’s allegiance than do citizens of other countries.

The change is hardly trivial. Americans who view their country as a nation-state, even if not the state of a particular ethnic group, have no trouble understanding why, when Israeli and Palestinian interests clash, Israel puts its own interests first: why it is reluctant to cede more territory to Palestinians when every previous such cession has massively increased terror, or ready to fight wars to stop rocket fire on its civilian population. Only for liberals who believe that countries have no right to prioritize their own citizens over other human beings are such decisions unacceptable.

Yet, even today, this latter view, however dogmatically held in elite circles and by American Jews, is a minority one in America at large. That’s precisely why polls consistently show that most Americans still strongly support Israel.

The same goes for a second difference highlighted by Gordis: namely, the place of religion in the public square. A few decades ago, few Americans thought twice about crèche scenes in public venues at Christmastime or public-school choirs singing Christmas carols. Nor has the legal situation changed since then. In a series of rulings in the 1980s and 1990s, the Supreme Court largely upheld the constitutionality of public displays of crèches and other religious symbols, only occasionally nixing them due to very specific circumstances. As recently as 2014, it also upheld a decision by a town in upstate New York to have volunteer chaplains open local board meetings with a sectarian prayer. To this day, politicians from across the political spectrum, including the last three Democratic presidents, continue to speak openly about their own faith.

In other words, far from America having, in Gordis’s words, a “commonly held presumption” that the public square must be religion-free, the presumption throughout most of its history has been the opposite. The Bill of Rights proscribed the establishment of religion, but Americans understood that religion plays an important role in many people’s lives and therefore neither could nor should be banned from the public square.

What is different today—once again—is that a specific subset of Americans no longer accepts this consensus. Indeed, liberals have waged relentless war over this issue, and even when they lose in court they have succeeded in creating a chilling effect. Public displays of crèches, for instance, are undoubtedly rarer than they used to be, because many communities deem the ensuing legal and media battles too costly to be worth the effort.

Nevertheless, my point stands: the liberal view remains a minority position, and one distinctly at odds with longstanding American tradition.

Then there is the distinction drawn by Gordis between voluntary and non-voluntary communities. Until 1973, when the U.S. abolished the draft, most American men did military service, just like in Israel. This, incidentally, is one reason why, as surveys confirm, older American Jews are far more sympathetic to the wartime dilemmas faced by Israel than are younger Jews, few of whom have served in the military or know anyone who has.

But that is not all: Americans of my parents’ generation viewed not just military service but also civic engagement as an obligation rather than an option. Gordis himself quotes John F. Kennedy’s famous dictum, “Ask not what your country can do for you, ask what you can do for your country,” a statement all the more significant in light of the fact that Kennedy posthumously became and has long remained a liberal icon. Fifty years ago, American liberals were perfectly comfortable with a Democratic president telling them they had obligations to their country, because they themselves regarded involvement in community institutions as no less the duty of any good citizen than was voting or paying taxes.

Of course, it’s hard to imagine a present-day American liberal echoing JFK’s slogan. Modern liberalism has adopted autonomy as the supreme personal value and an all-encompassing welfare state as the supreme political value. The former is obviously antithetical to non-voluntary communities, but so, less obviously, is the latter: if the state is obligated to take care of everything, then once you’ve paid your taxes, everything else is the state’s problem. So it’s no surprise that young American Jews, who have grown up with the twin ideas of personal autonomy and state responsibility, have little use for the idea of obligation—or that, as Gordis memorably quotes a Jewish communal leader in San Francisco, “Here in the Bay Area we do not use the word “‘must.’”

This is most obvious with regard to the issue of voluntary versus non-voluntary communities. Traditional Judaism, which is passed down from mother to child without the child having any choice in the matter, is buttressed by a complex legal system of obligatory commandments and formulates even the most basic values in terms of obligation rather than rights. For instance, the poor don’t have a “right” to assistance; rather, everyone else has an obligation to assist them. Nor do the sick have a “right” to care; rather, the rest of us are obligated to care for them. Granted: in practice, the difference may be minimal, since rights by definition create an obligation on others to fulfill them. But to jettison the concept of non-voluntary commitment—the “must”—is effectively to jettison 3,000 years of Jewish teaching and behavior.

Similarly with religion and the public square. Traditional Judaism is fundamentally a public rather than a private religion. Some biblical commandments, like the thrice-yearly pilgrimage to Jerusalem, must be performed in public, and public violations of the commandments are regarded as far more serious than private ones. (When the prophet Jeremiah castigates the nation for failing to observe Shabbat, for instance, he singles out commerce at the city gates: a highly public violation.) One can argue about how much Judaism belongs in Israel’s public square, and Israelis do. But the idea of barring it entirely, of building a wall of separation, is alien to Judaism.

Finally, traditional Judaism is designed to be observed in a sovereign nation-state. Numerous commandments (primarily though not exclusively agricultural) can be performed only in the Holy Land. Others, like the laws governing the conduct of the ruler and the judiciary, can be observed only in a country with a sovereign government and court system. Moreover, despite its many universal principles, Judaism prioritizes local obligations: a famous talmudic dictum on charity, for instance, asserts that “the poor of your city take precedence over the poor of another city.” The flipside of this is that Judaism doesn’t demand that the rest of the world (or even non-Jewish residents of the Jewish state) become Jewish; rather, it envisions a Jewish nation-state surrounded by other nation-states (a point expounded brilliantly by Gordis in a 2010 essay on the story of the Tower of Babel).

Even 50 years ago, before American liberalism diverged so sharply from American tradition, it was never as fully compatible with Judaism itself as liberal American Jews liked to believe (and I’d enter a similar caution regarding the full compatibility of Judaism with American conservatism). But, at least before liberalism abandoned the concepts of the nation-state, non-voluntary communities, and religion in the public square, the differences were more easily papered over, allowing American Jews to be at once committed Jews and committed liberals without experiencing severe cognitive dissonance.

Today, that is no longer possible; liberalism’s differences with Judaism have become too glaring. And, forced to make a choice, non-Orthodox American Jews have increasingly chosen liberalism over Judaism. In some ways, Israel is mere collateral damage in this contest, being simply the most visible symbol of the religion that liberal American Jews have chosen to reject. But that symbol is of the essence. Despite being a secular country, Israel’s character, as Gordis writes, has been informed by Judaism since its inception; nor could it be otherwise without effectively eliminating the “Jewish” from the Jewish state.

For all of these reasons, I see little prospect of a rapprochement between the two communities without a dramatic change in American Jewish attitudes toward liberalism, toward Judaism, or toward both. Ultimately, I do believe this change will happen, if only because, in my view, modern liberalism itself is too radical a departure from centuries of political and religious tradition to be viable over the long run. Sadly, however, I’m far less certain that the needed change will occur in time to save American Jews’ relationship with Israel.

Tamara Berens
May
The Waning Particularism of American Jews
3. Response

The Vanishing of the Jewish Collective
4. Response