How the Balfour Declaration Became Part of International Law

And how it thereby helped to secure the legal foundations of the state of Israel. 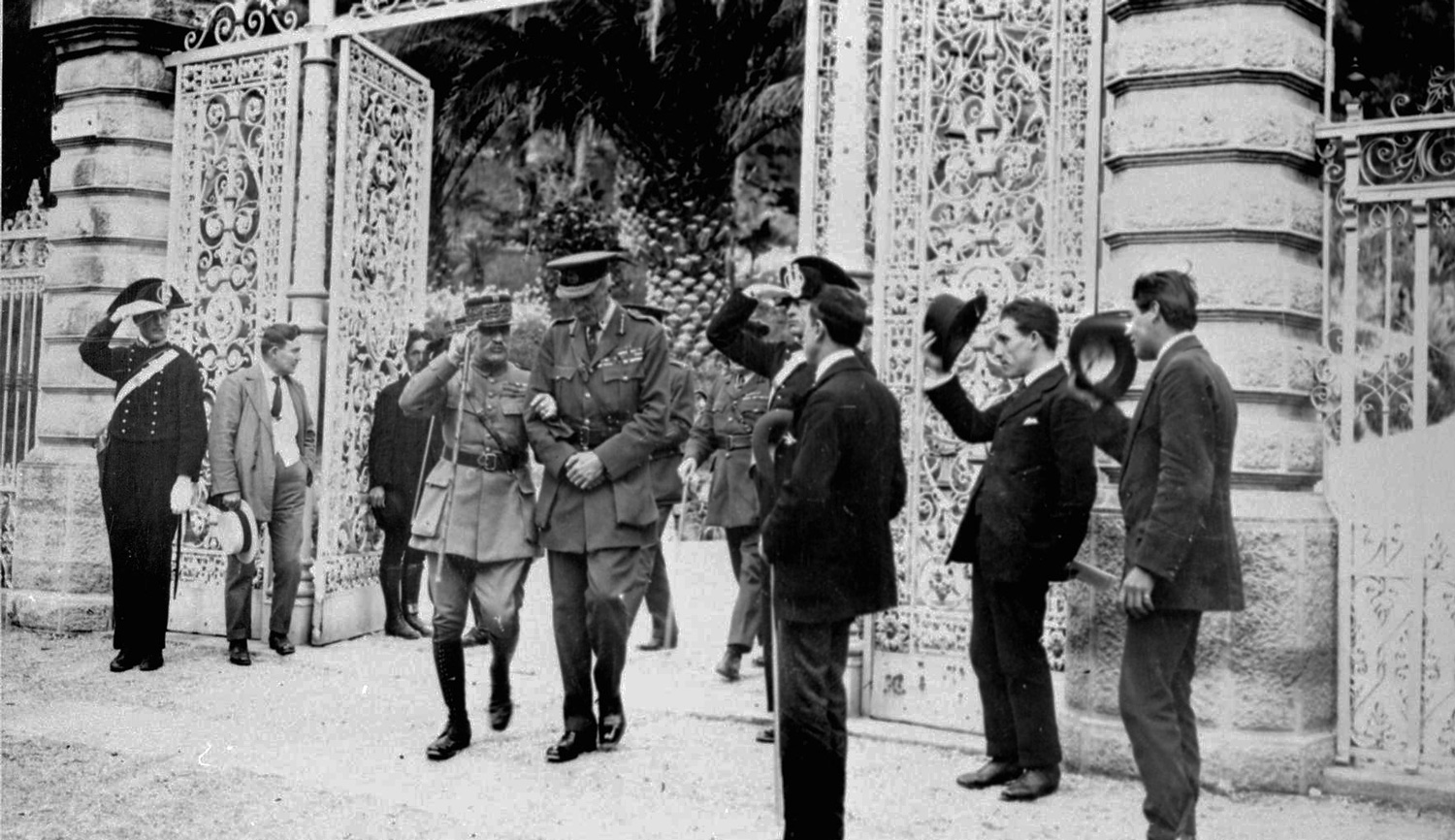 Response
Nicholas Rostow
About the author

Martin Kramer deserves our thanks: in “The Forgotten Truth about the Balfour Declaration,” he has illuminated the important role played by Nahum Sokolow in the diplomacy that led to the 1917 endorsement by the wartime allies and associated powers of the idea of a Jewish national home in Palestine under British protection. He has thereby enlarged our understanding, not only of how the Balfour Declaration came about but also of how it became part of international law.

In the case of each party to the endorsement, the politics of honor, interest, and fear (to paraphrase Thucydides) were as important in 1917 as they always are. France endorsed the Zionist project partly in order to secure its interests in Lebanon and Syria against British encroachment. But neither France nor Britain wanted to create a problem for their wartime alliance itself, and both were apprehensive lest Germany, their common enemy, would reignite, with worldwide Jewish support, its own Near Eastern ambitions, represented by the Berlin-to-Baghdad railway and the German alliance with the Ottoman empire.

If these were among the factors encouraging the Western allies to support Zionism, the Jews and the Vatican, for their part, also preferred that Britain be given the responsibility for implementing and protecting the Zionist project. Jews, looking toward self-government, thought the British imperial way far more flexible than the French way. The Vatican also preferred Protestant Britain, among European empires the most experienced in colonial administration, to anti-clerical France. (The United States, neutral in the war until it joined the allies in April 1917, would later consider but reject a formal role in governing Palestine.)

In turn, these same strategic considerations helped make the Balfour Declaration part of international law. Kramer shows how the participants in the San Remo Conference of 1920—Britain, France, Italy, Japan, Belgium, Greece, and the United States as an observer—came to endorse the idea of a League of Nations mandate for Palestine. Both Sokolow and Chaim Weizmann attended that conference, and the fact that they were welcome there assured the outcome.

In 1922, the League duly created the mandate for Palestine and made Britain the mandatory power. To the words of the Balfour Declaration, it added the recognition already given at San Remo “to the historical connection of the Jewish people with Palestine and to the grounds for reconstituting their national home in that country” and conferred on Britain the obligation to implement its declaration, thus making it, too, part of international law. The terms of the mandate were binding on all members of the League. In 1924, the United States formally concurred in this international action by means of a treaty with Great Britain. Its doing so, as Kramer relates, followed logically from President Woodrow Wilson’s endorsement of the Balfour Declaration prior to its issuance and to U.S. participation in the 1920 San Remo Conference.

What has this interesting history to do with today? The mandate system revolutionized colonialism. The victorious allies took control of German colonies and parts of the Ottoman empire as trustees obligated to discharge “a sacred trust of civilization” (as the League of Nations Covenant put it). The goal was self-determination. In the case of the Palestine mandate, that meant Jewish self-determination in a manner that respected the rights of non-Jewish inhabitants. Similar mandates for Syria, Lebanon, Iraq, and what became Jordan were intended to result in Arab self-determination.

In legal terms, the mandates were trusts—and so, with the demise of the League of Nations, they were carried forward under the trusteeship system of the United Nations. Specifically, the UN Charter undertook to maintain each mandate until it was replaced by a new agreement between the responsible state and the United Nations. Up to that point, as the UN Charter’s chapter on trusteeships stipulated, nothing “shall be construed in or of itself to alter in any manner the rights whatsoever of any states or any peoples or the terms of existing international instruments to which members of the United Nations may respectively be parties.” In other words, where Palestine was concerned, the terms of the League of Nations mandate, incorporating the Balfour Declaration, became part of international law.

In 1945 when the UN Charter was created, the territory of the Palestine mandate theoretically included what is now Israel, the West Bank, Gaza, and Jordan. But two decades earlier, in 1922, the British, with League of Nations concurrence, had barred Jewish settlement east of the Jordan River and created the emirate of Trans-Jordan, which eventually became the Hashemite Kingdom of Jordan. Thus amended, the Palestine mandate designated only the territory west of the Jordan as the Jewish national home: the same territory, further diminished by the UN partition resolution of 1947, that would become the state of Israel when Britain relinquished its responsibilities as mandatory power in 1948.

Violence between Arabs and Jews, restricted Jewish immigration in the 1930s, World War II and the Holocaust, the establishment of Israel, the June 1967 and October 1973 wars and their consequences—all of these developments and other, more recent ones have changed the demographics and politics in what was the Palestine mandate. But they have not by themselves changed international law.

The Balfour Declaration proclaimed the imperative to respect the civil and religious rights of non-Jews in Palestine. Today the same imperative requires both Israelis and Palestinians to honor their respective aspirations and to seek accommodation. In principle, they have done so in the Oslo process for a final distribution of the unallocated territories of the (amended) League of Nations mandate for Palestine. Although the process has been stalled and questions have been raised about its viability, options for achieving territorial accommodation do exist—in 2011, the Washington Institute for Near East Policy published a helpful book of maps—and could yet be considered by the parties. For, as President Johnson said in the wake of the June 1967 war, “Clearly, the parties to the conflict must be the parties to the peace. Sooner or later it is they who must make a settlement in the area.”

Does this analysis constitute an answer to those who would dismiss the Balfour Declaration root and branch on the supposed grounds that, in it, one nation unilaterally promised another nation a third nation’s land? It does indeed. We need only recall that world history is full of transactions like the Palestine mandate. Events of this or of similar kind—where colonial powers granted sovereignty to stateless nations through international treaties—contributed to the boundaries of a substantial number of the UN’s 193 member states. As a matter of international law, the fact that Israel exists today is no more peculiar than that the Palestinian Authority exists or that the Hashemite Kingdom of Jordan exists. All have been created, just as the United States was created—and not by God, although Kramer does report that Pope Benedict XV saw Jewish immigration to Palestine as “providential.”

We should thank Martin Kramer for another reason altogether. At the United Nations, at the International Court of Justice, and at the Human Rights Council, as well as at other places where discussions of the Middle East take place, the legal history recounted here is overlooked. The 2004 advisory opinion of the International Court of Justice on the legal consequences of Israel’s security wall does not mention that history. Nor is it cited in debates at the UN Security Council on Israeli settlement activity or responses to terrorist and other attack, any more than such deliberations rehearse the events that led to Israel’s military action in self-defense against Egypt, Syria, and Jordan in June 1967.

That is the job of all-important reminders like Martin Kramer’s. They fill a need. It is not just that ignorance of the past can lead to unnecessary policy error. As we know all too well from UN resolutions and opinions of the International Court of Justice, such oblivion, willed or not, can and in this case emphatically does lead to gross injustice.

How the Balfour Declaration Became Part of International Law
1. Essay

The Forgotten Truth about the Balfour Declaration
3. Response

How Gentile Zionism Affected the Statesmen Behind the Balfour Declaration
4. Response

Jabotinsky's Role, and the Jewish Legion's, in Securing the Balfour Declaration
5. Last Word