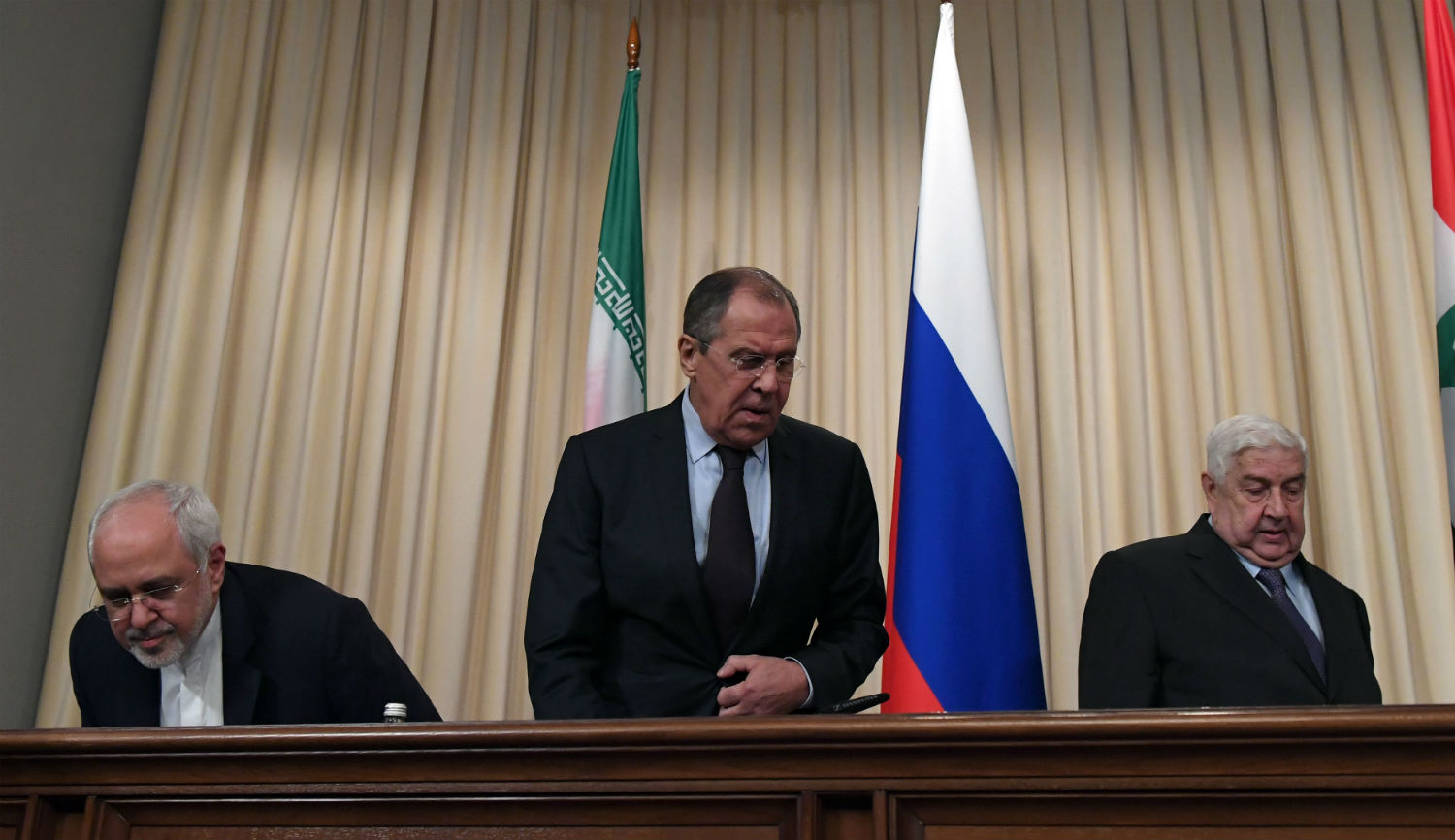 Michael Doran and Peter Rough have done a masterful job of sorting out the nature of the challenge that the U.S. now faces in the Middle East. They are right to assert that, to the extent that it has put together a coherent concept, the Trump administration has so far tended to remain bound to the policy options imposed on it by the legacy of the Obama administration both in Syria and in the region at large. That legacy is the result of the former president’s deliberate decision to engage with Iran as if it were a normal nation seeking security and pursuing its raison d’état.

But it is not. As Henry Kissinger reminds us in World Order (2014), Iran under the Supreme Leader Ali Khamenei is very much a revolutionary power, bent on undoing the regional order and, beyond that, what may be described as the post-1945 global dispensation—the same dispensation that notably includes a state, Israel, which Iran seeks above all to extirpate. Doran and Rough are very sober, and very sobering, about the rise of Iran as a disruptive force across the region—a force, moreover, that at least in Syria has been in close coordination with Putin’s Russia—and about the deeply ingrained anti-American obsession that drives policy in both Tehran and Moscow. Hence, they stress, the need to keep the Iranian challenge very much at the top of U.S. policy in the region, and to prepare for the day when an American-led challenge to the sinister aspects of the 2015 nuclear agreement with Iran (JCPOA) can be backed up by a credible threat of sanctions and even military action.

Within this framework, the authors’ blunt message about, in particular, the misguided U.S. alignment with Iran in the war against Islamic State is highly pertinent. Right from the beginning, the proposition that Shiite Iran was needed as an ally against this particularly virulent strain of Sunni Islamist totalitarianism resembled nothing so much as an argument for inviting a man-eating tiger to help hunt down a poisonous backyard snake. Both Israel and a range of key Arab states, led by Saudi Arabia, pointed out to the previous administration the dangerous folly of this idea, to no avail, and both were hoping that under the new administration, priorities not just rhetorical but practical would undergo a change.

In this respect, as in others, the recommendations at the end of Doran and Rough’s essay—their ten steps for “extricat[ing] American strategy from the labyrinth into which Obama guided it”—represent an invaluable aid both to clear thinking and to clear action.

But can Iran’s regional ambitions indeed be held in check while laying the foundation for a more robust response on the nuclear portfolio? On a couple of fronts there is reason for guarded optimism if—a big if—the right things are done at the right time.

One factor that Doran and Rough refer to can be further elaborated and put to effective use. It has to do with the different aims being pursued in Syria by Russia and Iran. Both share a strategic interest in keeping Assad’s blood-drenched regime in power, an endeavor in which the two act as highly coordinated partners. But for the Russians it is enough to secure the survival of their client and the permanence of the naval and air bases they have obtained for themselves in Syria.

Iran, for its part, is after something else. If Israel is to be destroyed, as Khamenei tweeted back in November 2014, the West Bank must first be turned into a second Gaza, held by radicals supplied with (Iranian) weapons. For this to happen, it is necessary to gain access to the Jordan Valley by turning Jordan itself into an Iranian asset and Amman into the next Arab capital to fall under the Iranian thumb, following Beirut, Damascus, Baghdad, and Sana’a. By this means, it will become possible to build the needed supply lines into the West Bank as was previously done in Gaza back when the Egyptian government turned an obligingly blind eye to goings-on in Sinai.

Here, however, is where Israel’s formidable military capability—for which the Russians (and Assad) have a healthy dose of respect—can become a major factor driving a wedge between Russian and Iranian designs. Ever since Russia’s military intervention in Syria began in September 2015, it has been made repeatedly and abundantly clear to Moscow that Israel will act decisively to prevent Syria from becoming a conduit of strategic supply to Iran’s proxy Hizballah or a base of operations for that organization’s further expansion. Interestingly, Putin’s response has been not summarily to show Netanyahu the door but instead to suggest mechanisms of “deconfliction”: another way of saying that Israel’s concerns are understood and will be honored.

This is hardly to suggest that the Russians will relinquish their cooperation with Iran. But they are quite capable of telling Assad, discreetly but effectively, not to put himself, let alone what Moscow has invested in his survival, at risk. This is the core of Israel’s discourse with Putin—colored to some extent by certain historical perspectives and considerations. There is no guarantee that it will work, but that it is genuinely backed by credible military force has been underlined once again by the IDF’s recent northern maneuvers.

A second element in the equation that needs to be stressed has to do with Jordan itself. With a proper level of U.S. support and commitment, and a proper sense of priorities in Congress, that country could become the key to stymieing Tehran’s hegemonic drive for territorial expansion and contiguity.

The issue is this: will the Iranian revolutionary regime achieve its sought-for land corridor through Syria to the Mediterranean—or will its plans instead be disrupted and the route severed by U.S.-supported Sunni forces in southeastern Syria? Backed by a second U.S. presence established on Jordanian rather than Syrian soil, the Hashemite kingdom of Jordan, relying on the tribal core of its own defense establishment, is well placed to assist in such a disruptive strategy—one that also happens to be vital to its own preservation. Here, too, Israel’s strategic role, though indirect, would be paramount: King Abdullah would not be in a position to do much without the reassuring knowledge that Israel is committed to his country’s survival.