How to Ensure the Future of the U.S.–Israel Relationship

Is a defense treaty a good idea, and would it increase or decrease popular American support for the Jewish state? 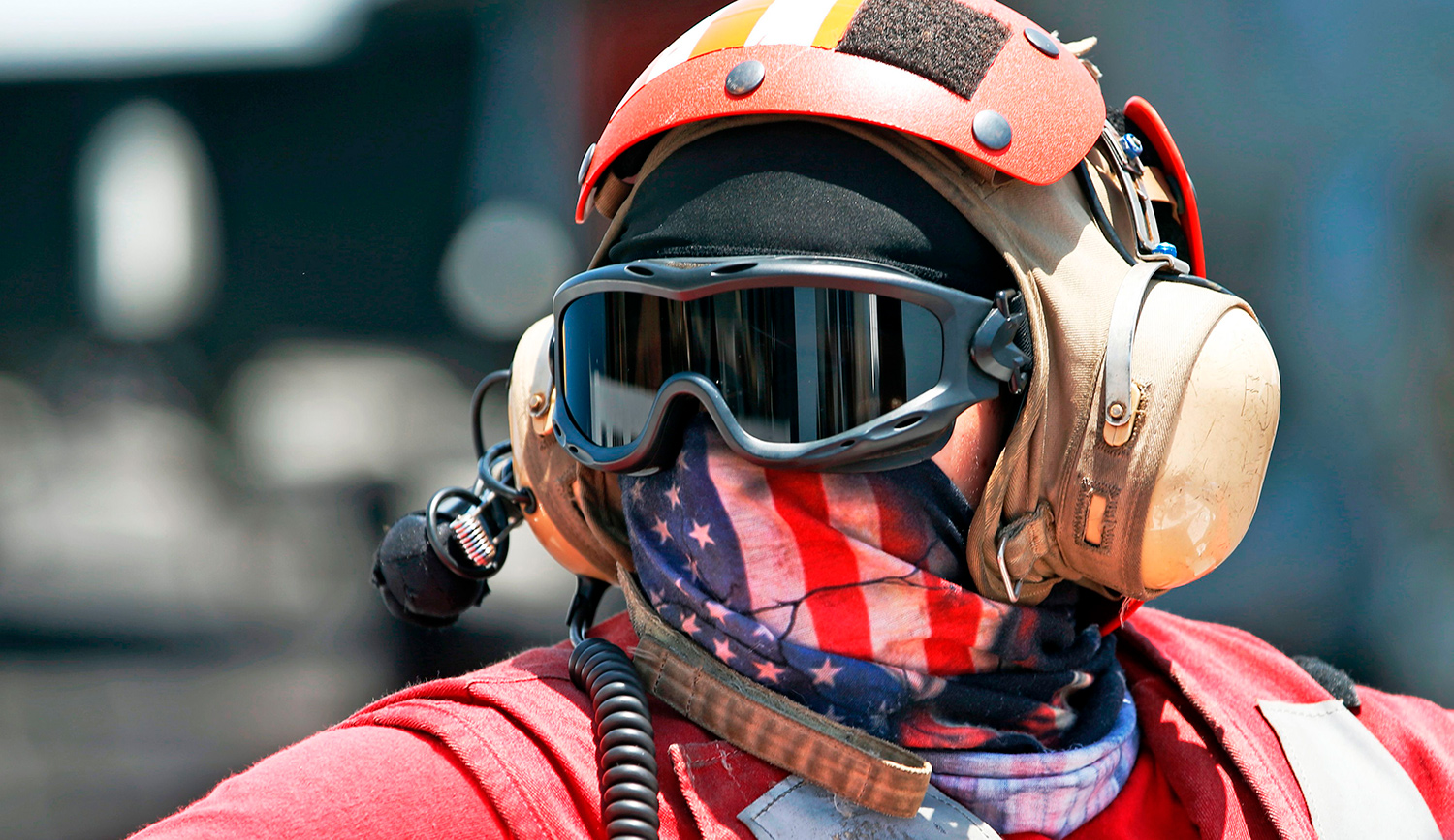 A serviceman on a U.S aircraft carrier docked in Haifa, Israel on July 3, 2017. RONEN ZVULUN/AFP/Getty Images.

The title of Charles Freilich’s essay in Mosaic, “Has Israel Grown Too Dependent on the United States?,” raises a very important question to which Freilich offers a number of answers and recommendations. Before considering his overall approach, I would like to take exception to three separate points he makes in passing.

First: Freilich claims that in 2005, “it was the American position that led to [Prime Minister Ariel] Sharon’s decision to withdraw from Gaza in its entirety, to dismantle all of the Israeli settlements there, and [also]to remove four settlements in the West Bank.” He’s not alone in this claim; it has been widely argued that Washington bent Sharon’s arm to force him to move out of Gaza. But the claim is false. I was closely involved in these matters while working in the George W. Bush White House, and I believe Freilich is correct only as to the last point: the removal of the four settlements in the West Bank.

As for the major decision—namely, to withdraw and remove Israeli settlements from Gaza—that was not the result of White House pressure. It was Sharon’s own decision, and it came as a surprise to us. We did counsel him to cut cleanly if he was cutting at all, on the ground that half-measures would reap neither political nor military benefit; he and many other Israeli generals agreed. And we also urged him to make some simultaneous move, however small, in the West Bank. The four removed settlements were, in fact, tiny.

Second: Freilich describes the 2006 war in Lebanon as “the first military confrontation . . . in which Israel did not face limits on the time it had to achieve its military objectives before the great powers would intervene to end the fighting.” Not so. In fact, Israel was subjected to heavy American pressure, brought to bear by Secretary of State Condoleezza Rice, to bring the fighting to an end. When the United States began to negotiate the terms of the UN Security Council resolution ending the war, then-Prime Minister Ehud Olmert was still asking for more time to achieve Israel’s objectives.

Third: Freilich describes Prime Minister Benjamin Netanyahu as “more embattled with Washington than any predecessor.“ This would likely surprise Yitzḥak Shamir, who battled continuously with President George H.W. Bush and Secretary of State James Baker, and surely would amaze David Ben-Gurion, who was forced by Dwight D. Eisenhower and Secretary of State John Foster Dulles to disgorge Israel’s conquests in Sinai during the Suez crisis of 1956-57. Netanyahu’s strained personal relations with President Barack Obama, and even the open arguments over the Iran nuclear deal, pale in comparison with the confrontation between Jerusalem and Washington over Suez, which took place at a time when today’s rich pattern of Israel-U.S. commercial, military, intelligence, and political links did not exist.

More generally, and extrapolating from these points, I would suggest that Israel’s arguments with, and dependency on, the United States must all be seen in context. Freilich is certainly right to draw our attention to Israel’s dependency on its one true ally. Still, is this so rare in world politics? Is not Japan equally dependent for its security on the United States, and are not Taiwan and South Korea as well? Isn’t it fair to say that, during the cold war, all of the West European states were dependent for their security on the U.S.? Moreover, while Israel has, as Freilich shows, lost some of its independence due to its relationship with the United States, that, too, is a familiar aspect of international relations. Does Canada have “full” independence on a broad array of security matters? Does any member of NATO? Does Australia?

Israel’s situation is thus far from unique. The United States (which itself, given its various treaty relationships and web of overseas commitments, is also not “fully” independent) is a superpower; many countries depend for their own security on the decisions Washington makes regarding arms supplies, military aid, military commitments, and the widest range of foreign-policy and national-security affairs.

All that said, Freilich has a powerful overarching thesis: Israel does indeed exhibit a large measure of dependency on the United States as a supplier of arms and aid, and would be materially hurt should American support disappear. He is also right to point to political and cultural trends suggesting that popular American support for Israel might someday become reduced. Just a few weeks ago, on January 23, the Pew survey center released new findings about some of those trends, including this one:

As Freilich states, the declining support for Israel among Democrats, and also among younger Americans, is a very worrying phenomenon.

Hence his two important suggestions for strengthening the U.S.-Israel relationship and ensuring its future: first, that Israel begin to wean itself off of U.S. military aid; second, that it anchor the relationship in a permanent defense treaty. I agree with the first and oppose the second.

Israel is an increasingly well-off country and thus increasingly less in need of money from Washington. In September 2016, when the new ten-year military aid agreement was signed, I had hoped the dollar amount of assistance would stay at its existing level rather than be increased again. Instead, the dollar amount has risen once more. I agree with Freilich that a decade from now, at the end of the current agreement, we should begin to build down, in the same way that, beginning in the late 1990s, U.S. economic aid to Israel was reduced over time until zeroing out in 2007.

In this case, the goal should not be to reach zero but rather significantly to reduce Israel’s dependence—and thereby, as with economic aid, to demonstrate to Americans that Israel (a) does not take their help for granted and (b) is always ready to stand on its own feet to the extent possible. Being an aid recipient is not necessary to Israel’s maintaining intimate and mutually beneficial defense relationships with the United States, and the move could have political benefits as well.

When it comes to the subject of a defense treaty, Freilich candidly states the counterarguments: there is no current need for one, given the tight security relations that already exist; a treaty “could result in a loss of Israel’s freedom of maneuver”—the very thing he is most worried about both in his Mosaic essay and in his forthcoming book on Israeli national security; and a treaty “might erode Israel’s national ethos of self-reliance and thereby diminish support for Israel in the United States, which has long been predicated on the assumption that Israel, unlike other allies, defends itself.”

Freilich understates that last of these points. I believe American popular support for Israel is in good part tied to the perception that it is unique in in its determination to defend itself by itself. Israeli leaders make this pledge repeatedly: for example, in addressing a joint session of Congress in 2011, Netanyahu said: “You don’t need to send American troops to Israel. We defend ourselves.” A treaty committing the United States to defend Israel would undermine, indeed erase, that pledge and similarly weaken popular support for the U.S.-Israel relationship.

Still, Freilich in the end favors the idea. I believe that he is right to raise the treaty question, but wrong to think such an agreement would guarantee or even add much to Israeli security. That security is better anchored in the widespread popular support that Israel has won and can continue to win as our unique ally: a country whose people widely admire and support the United States, and a country that aims to fight for itself.

How to Ensure the Future of the U.S.–Israel Relationship
1. Essay

Toward a New Model for the U.S.–Israel Relationship
4. Response

A Defense Treaty between the United States and Israel? Just Say No
5. Last Word