It could secure the Zionist project by helping to sell Israelis on a peace deal with the Palestinians, and it could help to cement Israel’s long-term relationship with America. 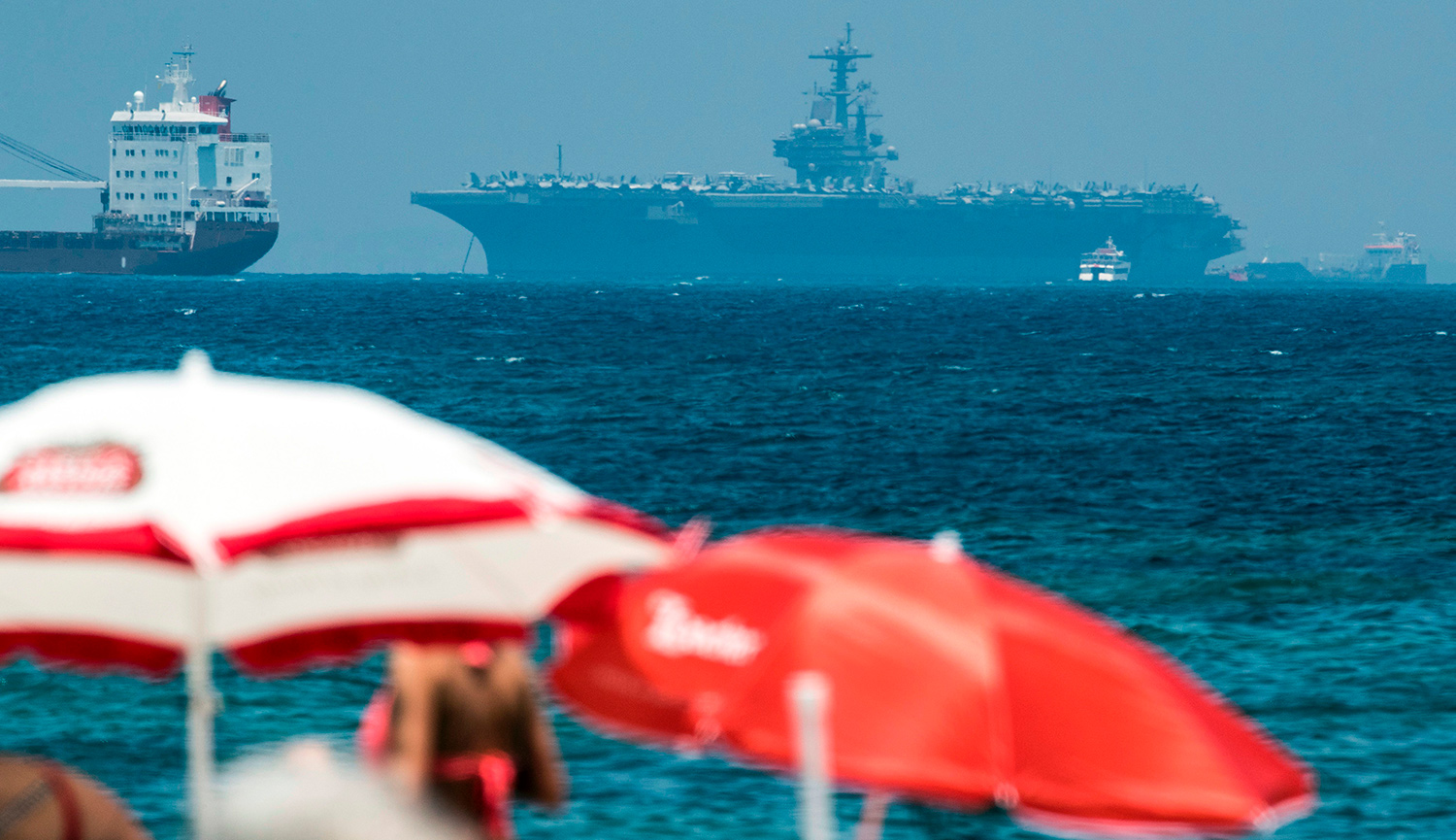 
Charles D. (Chuck) Freilich, a former deputy national security adviser in Israel, is a senior fellow at Harvard’s Belfer Center. His book, Israeli National Security: A New Strategy for an Era of Change, is forthcoming from Oxford.

Let me begin by warmly thanking Eran Lerman, Elliott Abrams, and Martin Kramer—three highly esteemed colleagues—for their thoughtful responses to my essay, “Has Israel Grown too Dependent on the United States?,” and the editors of Mosaic for publishing the essay and for arranging this colloquy.

For me, what stands out from all three responses is the degree to which each of the authors, in his own way, broadly agrees with my analysis and, with one important exception, with the recommendations I make on its basis. Of course, there are nuances and differences concerning some specific issues, a couple of which I treat below, but the overall picture is one of considerable consensus.

To start, none of the three respondents disputes my assertion not only that Israel has indeed become critically dependent on the United States but that the price of this extraordinary relationship has been a significant loss in Israel’s independence. Nor does any of them significantly question my assertion that, so great has Israel’s dependence on the U.S. become, its very ability to survive without the U.S. may be in doubt.

True, as Elliott Abrams notes, in today’s interconnected world no country may be said to be entirely independent, and among those highly dependent on America are a number of its closest European allies. My essay, however, like the book from which it is drawn, is not a general treatise on international affairs but a treatment of Israeli national security in particular. For Israelis, the fact that their country may not be unique does not make the problem less weighty.

Besides, there are degrees of dependence, and few if any countries today are as reliant on Washington as is Israel—militarily, diplomatically, strategically, and economically. The European nations, for example, are members of broad diplomatic and military alliances—the EU and NATO—whereas Israel has only a few friends at best. Europeans also enjoy arms-manufacturing consortiums that enable them to produce far more weapons than Israel, and are more independent economically. Most importantly, they face a substantially lower level of threat, and certainly so today.

In this connection, the possibility that the U.S.-Israel relationship may have peaked, or that clouds have appeared on the horizon—another assertion of mine that none of the three disputes—is of major concern. Eran Lerman believes I may have somewhat overstated the current or potential fragility of the relationship, which he describes as “unbreakable” and as a “magnificent edifice.” But even he stresses that Israeli decision-makers would be wise to pay attention to the warning flags I’ve raised.

I share Lerman’s awe at the magnificence of the achievement, but I also appreciate his taking my warning; neither one of us would wish to wait to find out for certain whether or not I’ve exaggerated. In any case, my focus is not on past or present glories but on looming trends, and how Israel’s national-security strategy might prepare to address them. No relationship is “unbreakable”; at a bare minimum, the U.S.-Israeli relationship faces growing challenges.

U.S. support for Israel has long been founded on three pillars: strategic considerations, shared values, and popular domestic support. When it comes to strictly strategic considerations, my own belief has long been that Israel’s importance to the U.S. has been greatly exaggerated. Granted, that importance has grown considerably in recent decades as successive administrations have learned that a close relationship with Israel is not incompatible with good relations with the Arab states, and have also come to appreciate Israel’s sizable and in certain cases unique contribution in such areas as intelligence, counterterrorism, cyber warfare, combat experience, and more.

Nevertheless, the fundamental strategic relationship is entirely asymmetric; while the loss of military cooperation with Israel would not have a material impact on American national security, the opposite is not the case. In this respect, Lerman’s suggestion that the relationship be refocused from one of dependency to a “partnership” is somewhat presumptuous.

As for the second leg of the relationship—namely, shared values—I believe that the essential basis for any long-term American support, without which no strategic considerations can prevail, is Israel’s image as a liberal democracy. That image has been increasingly called into question. One can debate the causes, but for growing segments of the American population, Israel’s character as a vibrant, peace-loving democracy is no longer a given.

For the American left, at least, and especially for liberal American elites, including many American Jews, Israeli policies bear the primary responsibility for undermining the country’s erstwhile positive image. Although popular domestic support for Israel—the third leg of the relationship, often mischaracterized as the “Jewish lobby” but in fact a far larger phenomenon—remains strong, and polls do consistently show majorities of Americans favoring the Jewish state, there’s no questioning the shift in attitudes particularly among younger Americans, again including young Jews, or the devolution in general support for Israel from a broadly bipartisan cause to a more narrowly partisan one.

This brings me to the only issue of significant disagreement between me and my three respondents: my recommendation that Israel should seek a defense treaty with the United States.

This is, indeed, a controversial recommendation, and I took care to present all of the important considerations, both pro and con. Among my respondents, Eran Lerman believes that a formal treaty is “not necessarily” required; Elliott Abrams claims that a treaty would neither guarantee nor even significantly add to Israel’s security; and Martin Kramer disagrees with me vehemently.

Let me first reiterate my own reasons for the recommendation. As Kramer acknowledges, I’ve never thought or written that a defense treaty was necessary for dealing with the military threats faced by Israel today, and probably not even with the threat of a future nuclear Iran (although it would certainly add a source of deterrence). I have, however, argued that a treaty might be critical should a multi-nuclear Middle East emerge in response to Iranian nuclearization. To that nightmare scenario, there is no truly good response, but among the admittedly poor options facing Israel, an American security guarantee would carry weight.

I also believe a defense treaty would be beneficial in providing a significant source of psychological assurance for the Israeli public should a future peace agreement with the Palestinians require a withdrawal from most of the West Bank: a form of “political compensation” that could ease the decision to withdraw. In responding, Kramer cites my often-repeated argument that failure to separate from the Palestinians would risk consigning Israeli Jews to the status of a bare majority in their own country and would therefore constitute what I’ve referred to as the only true existential threat that Israel now faces and what he, agreeing with me on this point, rightly calls a “betrayal of Zionism.” But, building on my warning that the U.S.-Israel relationship may have peaked, and that U.S. influence in the Middle East is “at its nadir,” Kramer goes on to criticize my advocacy of a defense treaty by contending it would equally be a betrayal of Zionism “if the only Jewish state were to become a satrapy” of an America whose commitment to the special relationship with that state may well be on the downswing and no longer reliable.

My answer: any measure that could help prevent that “only true existential threat” from becoming a reality would be of the utmost importance. But there is more: nothing contributes more to Israel’s dependence on the U.S. than the ongoing conflict with the Palestinians. By helping to sell to the Israeli public the extraordinarily difficult concessions that will have to be made in reaching a settlement with the Palestinians, a defense treaty would, paradoxically, become an extremely effective instrument for increasing Israel’s overall freedom of maneuver and decreasing its dependence on America. Furthermore, despite the current low level of U.S. influence in the Middle East, I also believe that present conditions are not irreversible, and that the U.S.-Israel relationship will continue for the long term.

Now for the primary reason why I am in favor of a defense treaty with the U.S.: namely, as I wrote, to “cement”—no doubt I should have written “help to cement”—the relationship for the long term. Kramer and Abrams are correct: no formal instrument can ever truly “cement” a future relationship. But formal guarantees do help. That is why, for decades, European countries based their security on NATO’s Article 5 guarantee committing all parties to rally to the common defense (notwithstanding cold-war doubts that the U.S. really would sacrifice New York or LA for the sake of Berlin or London), and why Australia, New Zealand, Japan, and South Korea have similarly placed their trust in bilateral defense treaties with Washington. The U.S. very rarely undertakes such obligations, and treats them very seriously when it does.

In any case, in a world of changing values and power relationships, Israel lacks other major-power alternatives; nor are any likely to materialize for decades. Israel should thus seek to improve and diversify its relations with as many countries and powers as possible, but not at the expense of its relations with the U.S. In this respect, it is gratifying that none of my three respondents takes issue with my conclusion that the U.S. should be defined as a fundamental pillar of Israel’s national security, or with my foremost recommendation that, to the extent possible, Israel should seek to align its policies with America’s even when doing so may be painful, precisely as a means of helping to ensure the long-term vitality of the special relationship.

My Reasons for Recommending a Defense Treaty between the U.S. and Israel
1. Essay

Toward a New Model for the U.S.–Israel Relationship
3. Response

How to Ensure the Future of the U.S.–Israel Relationship
4. Response

A Defense Treaty between the United States and Israel? Just Say No