The “Start-Up Nation” has become the Western world’s most “Jam-Packed Nation.” It needs to set a goal of zero population growth, and pursue it single-mindedly. 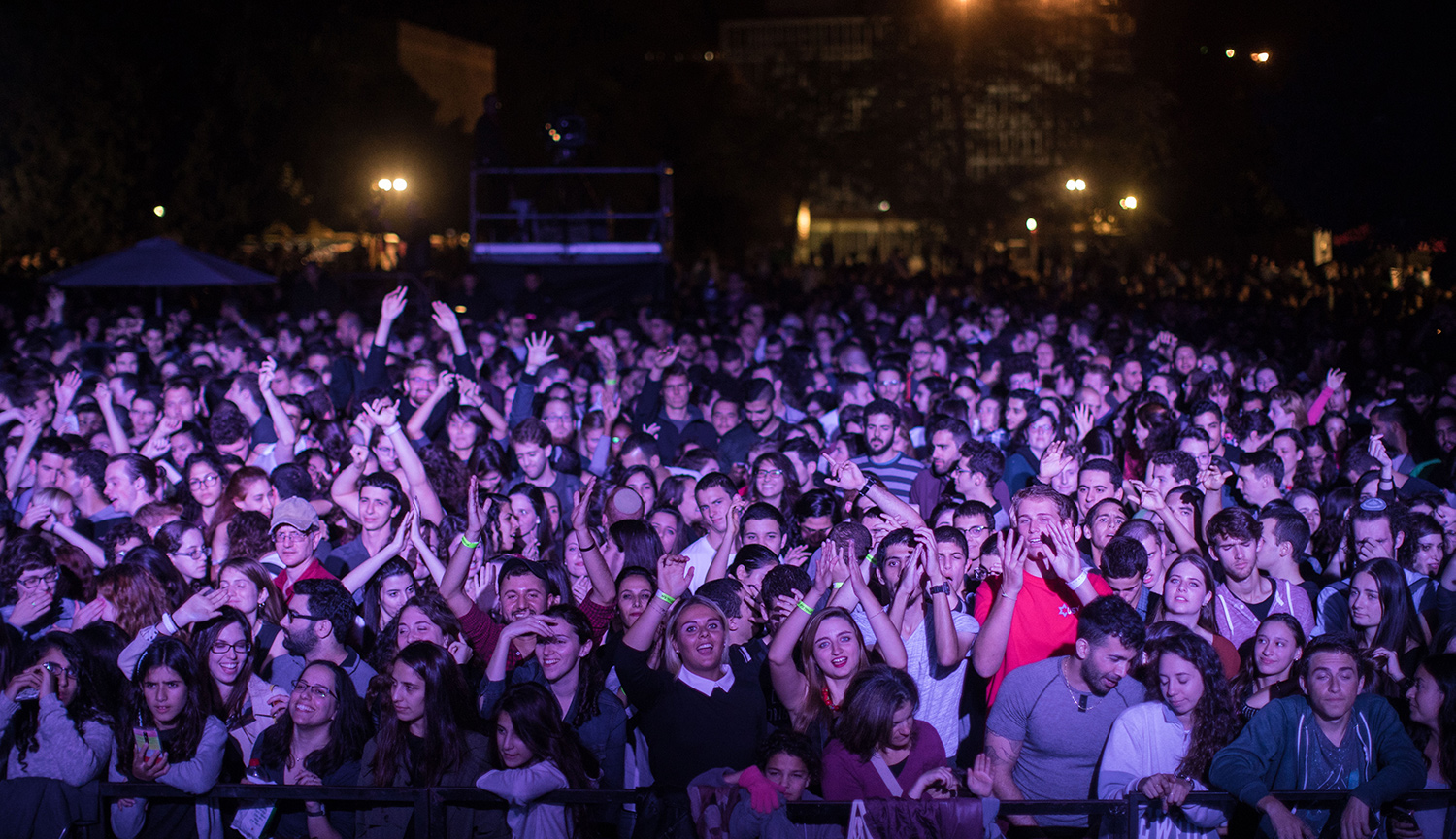 Response
Alon Tal
About the author


Alon Tal is chair of the department of public policy at Tel Aviv University and co-chair of Tsafuf: the Israel Forum for Population, Environment, and Society.

Israelis are starting to notice that something in the country has changed—and not for the better. It’s happened gradually, but signs are everywhere: life has become very, very crowded.

This changing circumstance and its consequences are not recognized by Ofir Haivry in his Mosaic essay, “Israel’s Demographic Miracle.” To the contrary, Haivry hails Israel’s success in achieving and maintaining a high Jewish fertility rate as a “striking if still largely unrecognized victory for Zionism’s 120-year-old goal of making the land of Israel once again the center of the Jewish nation.”

It is indeed an extraordinary historical achievement. But the question now becomes: what’s next? The forecast is sobering, and can no longer be avoided.

Israel’s modest dimensions impose limits on how many people can live here and still enjoy a good life. As any student of toxicology learns, there exists a line beyond which excessive dosages of healthy substances start producing negative effects. High population density not only spawns myriad social and environmental hazards, it also tends to make for a more aggressive, stress-filled existence.

Ordinary Israelis are registering that stress in myriad ways. Perhaps they come to understand it after waiting six months for a simple surgery in our overwhelmed health system. Or maybe it’s after missing dinner again with the family due to yet another two-hour commuting nightmare; or after finally arriving at a tourist attraction only to learn that the entrance is closed due to the crushing numbers of earlier arrivals; or after watching a scholastically floundering child unable to receive even a few minutes of a beleaguered teacher’s attention in the developed world’s most crowded classrooms.

Israel celebrated its 70th birthday in April with close to nine million people, ten times more than lived here when the Jewish state was established. No longer a sparsely populated land crying out for development, the “Start-Up Nation” has become, for all intents and purposes, the Western world’s most “Jam-Packed Nation”—so densely populated that sheer quantity of life is compromising quality of life.

All of this constitutes a particularly pressing conundrum because demographic growth is not something that government planners can simply turn off at will. Demographic momentum is a well-documented phenomenon. When a large population of young people is combined with rising life expectancies, it takes two or three generations for a population to stabilize even after moving to replacement levels of two children per family. That’s why China’s population continues to grow today even though for most of the past 40 years it imposed a ruthless one-child policy that produced birthrates far below replacement level. According to Israel’s Central Bureau of Statistics (CBS), the country’s population is set to double over the next 30 years; even if we wanted to stop growing, it couldn’t be done overnight. Thanks to population momentum, by 2048 we will need to double everything that exists in the country today: twice as many apartments; twice as many roads; twice as many hospitals, parks, courts, schools, and tourist destinations.

If the past decade is any indication, the country is not up to this challenge. In 2010, the average wait for an appointment with an endocrinologist was 31 days; in 2018, it’s 90 days. Waits for orthopedists, nephrologists, and gastroenterologists have also tripled. It takes an average of 3.5 years to receive a final verdict after filing a civil action in Israeli courts. According to a report by the Bank of Israel, over the past two decades, and notwithstanding a dramatic rise in train ridership, the average Israeli spent 300-percent more time in traffic jams.

These are all indicators of the same syndrome identified two centuries ago by the dour British economist Thomas Malthus. Many of Mathus’s assumptions have proved no longer valid: he could not, for instance, have foreseen the amazing surge in agricultural yields produced by innovative plant scientists and irrigation engineers. Nor could he have imagined the ability of modern contraception to free people from the biological results of human passions.

But Malthus did get some things right. When population grows geometrically, many other areas of life will grow arithmetically. This means that gaps eventually begin to appear. Malthus wrote about food shortages. Consider that by 2018, even with the most efficient farmers in the world, Israel produces far less than 50 percent of the calories its residents need to survive: a textbook Malthusian dynamic.

Of course, in a global economy, the growing food shortage makes Israel a little more vulnerable but is hardly catastrophic; for the foreseeable future, food and animal feed can be imported. But other infrastructures can’t be imported. Take housing: Israel needs to produce 75,000 housing units a year in order to close past shortfalls and provide homes to the 65,000 new families every year who need a place to live—a number that will continue to rise. Despite heroic efforts by recent governments (often with disfiguring impacts on the landscape and the environment), the country is not meeting these goals, and prices continue to rise.

Similarly, Israel’s wonderful network of parks and nature reserves can hardly contain the deluge of visitors on weekends and holidays. Biodiversity is collapsing due to habitat fragmentation. And try as we might, we will not be able to create a second freshwater source like the Sea of Galilee (Kinneret), or double the capacity of our roads.

We are reaching limits. We can surpass them, but at a relentlessly mounting cost to the quality of our lives.

Does the need for Israel to stabilize its population mean that it must also modify its policies toward immigration? The facts, as reported by the CBS and acknowledged by Haivry, look like this: Jews have pretty much escaped the places where they have faced distress and discrimination. Only about 200,000 immigrants arrived in Israel over the past decade—roughly 20,000 a year, of whom a considerable number do not stay.

Against this inflow, 16,000 Israelis leave Israel annually. (Today, anywhere between 100,000 and 200,000 live in Silicon Valley alone.) Many of these citizens come back. Still, in the big picture, immigration and emigration today are essentially a wash. What this means is that immigration is no longer an engine of demographic growth; pursuant to the Law of Return, and without affecting aggregate population levels, Israel can continue to welcome Jewish immigrants who wish to join its remarkable national undertaking.

A more vexing subject is the profound impact that ḥaredi (ultra-Orthodox) birthrates have on demographic trends in Israel—an impact that Haivry underestimates. Yes, as he writes, secular Jews in Israel today typically have more children than today’s secular Europeans, and that’s a significant phenomenon. But it isn’t the main story: according to the CBS, ḥaredi citizens, who now make up 11 percent of the population, are projected to grow over the next 25 years to 20 percent. In reality, the number may well be higher. Taking as a reasonable baseline an annual increase of 1 percent, one can easily project that a population with total current fertility rates of 6.5 children per family will soon come to dominate.

Such high birthrates did not happen by themselves. In the 1950s and 60s, ultra-Orthodox birthrates were comparable to those in the rest of Israeli society: roughly 2.6 children in an average family. But in the 1960s, alarmed by the higher fertility rates among Israel’s Arab citizen, the government put together a compelling package of incentives to encourage large Jewish families. It includes grants for new mothers, monthly child allowances, exemptions from city taxes and military service for large families, and a generous welfare system and social safety net.

Such measures may have made sense at the time, when the country’s leaders believed they faced an existential demographic challenge. Today, they just make for bad public policy, encouraging voluntary unemployment among Ḥaredim and creating population densities that are increasingly worrisome. If, back then, having many children was a patriotic act, people who care about the country’s future today should have no more than two.

Pro-natal policies also don’t make sense today because, as Haivry correctly notes, Arab Israeli birthrates continue to plummet. The absolute number of Arab births has essentially been stable for twenty years, meaning that this particular demographic “battle” has been resolved.

Then there is the other such battle that emerged when, after the Six-Day War of 1967, the Arab birthrate in the territories conquered by Israel began to be included in demographic projections for all of the lands west of the Jordan River. In those years, Haivry argues, demographic hysteria, promoted by Western governments bent on persuading Jerusalem of the urgent need to withdraw from the territories, also encouraged Palestinian officials radically to inflate their own numbers.

In recent years, however, any inflated numbers have been successfully debunked. Today, whatever one’s opinion about the best eventual disposition of the West Bank, demographics need not enter in: for the foreseeable future, there seems to be no real danger of Jews’ becoming a minority between the Jordan River and the Mediterranean. There are, however, almost as many Arabs living on these lands. Israel is crowded today; should it annex the West Bank, it will be even more crowded.

What public policies, then, make sense today in light of Israel’s demographic achievements? Stability is at the heart of any real vision of sustainability. In a closed biological system, any notion of infinite growth is simply delusional. This means that Israel needs to set itself a goal of zero population growth and pursue it single-mindedly.

Practically speaking, a program along these lines would start by canceling all forms of subsidies for families with more than two children. Contraception and abortion-on-demand would be made free and available as part of the health system. Most of all, Israel would act to empower women in the Bedouin and ḥaredi sectors: the two communities whose birthrates drive much of Israel’s growth.

With good fortune and resolute implementation of such a policy, Israel might settle at a high-density population of twenty million—more than twice the high-density reality of today’s South Korea, Japan, and Belgium.

Israel as a Jewish state has always been about quality as opposed to quantity. That’s how we win wars even though badly outnumbered. That is why Israeli hi-tech, biotech, and agrotech have transformed the local economy. That is why living in Israel remains a grand adventure. While we still can, it would be well to adopt public policies that reflect this insight, policies that preserve the quality of life in the crowded but still goodly and beloved land of Israel.

Daniel Johnson
May
The Changing Face of Israeli Society
4. Response

What Others Can Learn from Israel about Having Children
3. Response

Israel Is a Case Study in the Need for Humility in the Social Sciences
5. Last Word