In its definition of the nation, it follows a pattern common in the founding documents of many countries, including other advanced democracies. 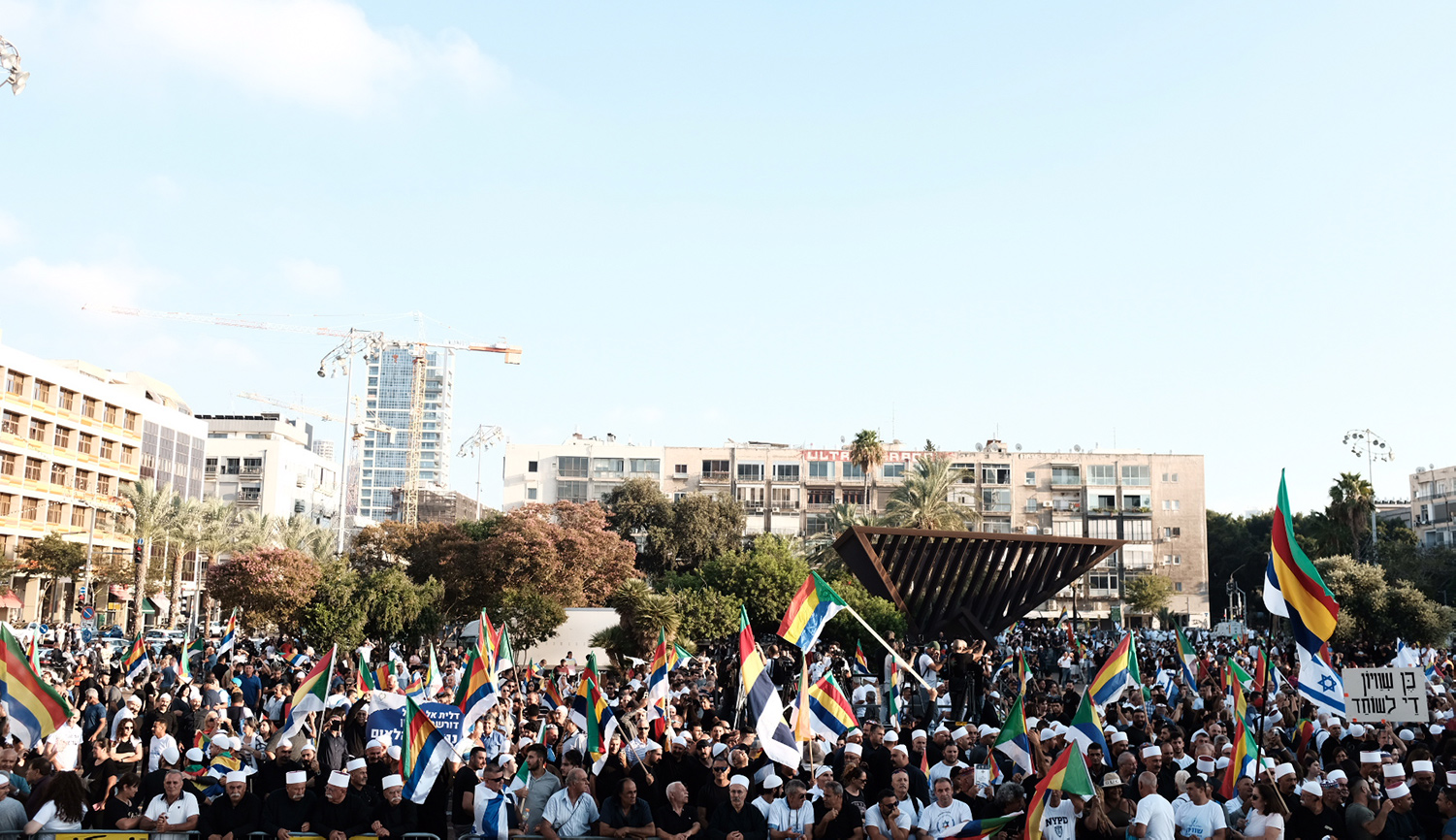 Why all the outrage?, ask Moshe Koppel and Eugene Kontorovich in their essay about the uproar over Israel’s new Basic Law: Nation-State—a question they then proceed to answer with great cogency. I don’t, myself, see anything inherently objectionable in the new law. It does worry me, however, that a set of propositions aimed at solidifying constitutional norms in Israel should have generated so much contention. During my time in Jerusalem this summer, a number of Israelis told me they weren’t against anything in the law but were unsure it was worth all the commotion it provoked.

I hope that Koppel and Kontorovich are right in their forecast that, within “a decade or two . . . when the political dust has settled,” people will regard this law as a “seminal moment in Israel’s maturation.” But will it really curb the activist tendencies of the Israel Supreme Court—or will it instead spur the Court to counteract what it sees as a dangerous constitutional innovation? Will the Druze community and other constituencies now complaining about the law finally accept it—or will they become ever more sensitive to perceived slights?

I don’t know. As an outsider to the Israeli debate, my guesses aren’t worth sharing, anyway. I can, however, say something about the outside world. Although Israel is a quite unique country in some ways, it is not so unique in its handling of issues treated in the nation-state law. A glance at other nations shows just how little agreement there is on how much should be included in a constitution and on what a nation may do to accommodate or safeguard its predominant culture.

Start with how much to spell out. The Basic Law adopted by West Germany in 1949 (after initial drafting by “legal experts”) extends through 146 articles at the accumulated length of a respectable-sized book. Having experienced the disastrous failure of the Weimar constitution, the drafters were not disposed to leave much to chance. By contrast, the U.S. Constitution of 1787 runs to a mere seven articles, fitting comfortably into a pocket-size pamphlet and leaving a very great deal for subsequent generations to settle.

Even within the same country and the same era, drafters of constitutions have had different notions of how much needs to be said. The Massachusetts constitution of 1780 offers an extended preamble on the theory of government, complete with such observations as “the end of . . . government is to secure the existence of the body politic,” followed by 31 articles of abstract admonitions—for example, “It is the duty of all men . . . to worship the Supreme Being, the great creator and preserver of the universe.” Only then does it settle down to spelling out the organization of state institutions.

By contrast, the U.S. Constitution opens with a preamble of only 53 words, merely mentioning the most general aims (“domestic tranquility . . . general welfare . . . blessings of liberty”) before proceeding to sketch the structure of the government. The Constitution makes no reference to God, natural rights, or the origins or defining attributes of “the people” who are said to “ordain” it.

John Adams, the principal drafter of the Massachusetts constitution, was notoriously opinionated and prolix. Gouverneur Morris, who put the federal Constitution in its final dress, was averse to baroque display. The federal Constitution aimed not to inspire or elevate opinion but to establish workable machinery. (Later in his career, Morris would successfully argue for laying out Manhattan’s streets in a simple grid.)

Many constitutions advance claims about the character of the people involved, whether in religious terms or in relation to their common nationality. Koppel and Kontorovich mention this fact in passing, but the point is worth elaborating.

But Muslim countries are not alone in identifying the state with a particular religion. Nine European states proclaim a specific version of Christianity. Not only Britain but also Sweden, Denmark, Norway, Iceland, and Finland have particular national (Protestant) churches, identified with and supported by state authorities. And they all feature some version of a Christian cross in the national flag.

Critics may object that Israel is the only country where “religion” is entangled with a specific “nationality.” Yet even in this respect Israel is not unique. Bulgaria’s post-Communist constitution, for example, stipulates that “Eastern Orthodox Christianity shall be considered the traditional religion.” A related law authorizes people who have never lived in Bulgaria to claim citizenship if a Bulgarian Orthodox priest certifies their affiliation with that church.

It is common, in any case, for nations to embrace a notion of nationality that transcends current citizenship. German law facilitates claims for citizenship by foreigners of German descent or “those who have committed themselves in their homelands to Germanness.” The policy may sound like an immediate response to the mass dislocations arising from World War II. In fact, it descends from a statute first enacted by Imperial Germany on the eve of World War I, aimed at easing the return of “Germans” who had settled in the Russian empire centuries earlier.

Similarly, post-World War I Greece had to accommodate a vast wave of Greek-speakers expelled from Turkey. But it has continued in recent decades to express concern for the descendants of diaspora Greeks, establishing for that purpose a General Secretariat for Greeks Abroad as recently as 1983 and following up in 1995 with a World Council of Hellenes Abroad.

These are hardly isolated examples. Among other countries, Ireland, Italy, Spain, and Portugal have in recent decades established bodies to promote ties with their national diasporas. A 1999 report from the Council of Europe (representing the signatory states to the European Convention on Human Rights) suggested that, given patterns of migration, “many problems could certainly be solved” if nations recognized not only those rights “linked with residence in given geographical areas (‘citizenship rights’) [but additionally] those linked with possession of a given cultural, civic, and national identity.”

The search for demographic reinforcement has been most assiduously pursued by Latvia, a state where only slightly more than half the residents are ethnic Latvians and where the largest minority maintains ties to the former imperial overlord next door. The national constitution makes Latvian the official language. In 2012, a constitutional referendum proposed to specify Russian as the second official language. The proposal was defeated overwhelmingly with the help of Latvians living in more than 40 countries abroad. Under Latvia’s stringent citizenship law, a substantial proportion of residents within Latvia itself were left ineligible to vote.

The idea that Israel should be a “Jewish state” seemed obvious at the outset, even to the UN. Its partition plan for Palestine, endorsed by the General Assembly in 1947, admonished that “no Arab shall be permitted to establish residence in the area of the proposed Jewish state.” (The same article imposed a parallel restriction on Jews in the “Arab state.”) Although stipulated as policy only for a “transitional period,” its inclusion in the plan reflected the avowed aim of securing a demographic and political center for the Jewish population. Israel’s declaration of independence the following year, identifying it as a “Jewish state,” was not seen as a bar to its subsequent membership in the UN.

Whatever else one may say about Israel’s nation-state law, it is not any great novelty in today’s world. It follows a common pattern in seeking to define the nation as something more than a collection of rights-bearing individuals who happen to live in a particular territory.

What the Druze Know about Israel that Israeli Jews Have Forgotten
4. Response

Here's Why So Many Are Outraged by Israel's Nation-State Law
6. Last Word