Some of the people who now criticize the law were for it only a few years ago. 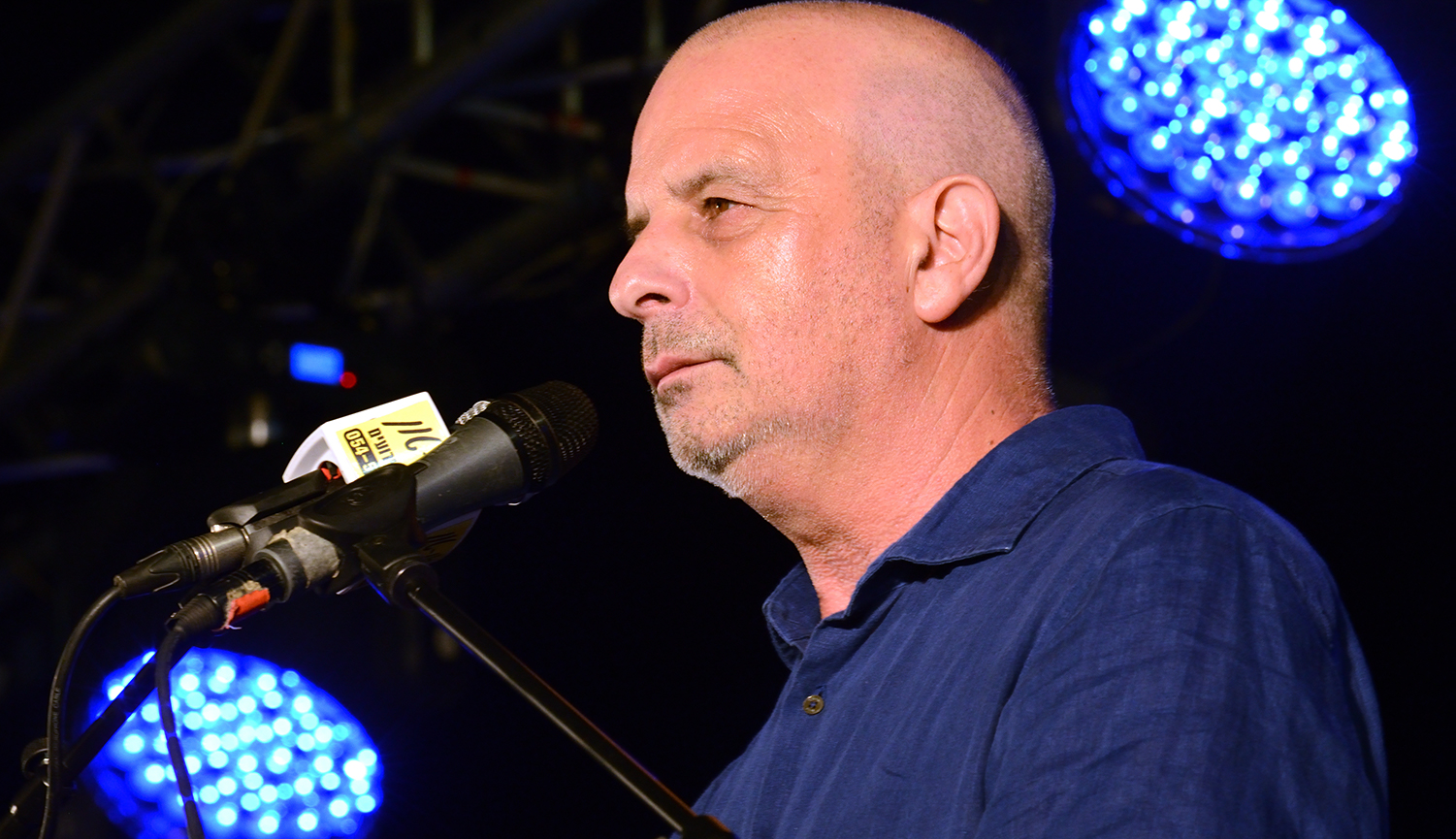 Yuval Diskin, the former director of the Shin Bet, giving a speech against the new nation-state law. Gili Yaari/NurPhoto via Getty Images.

Last Word
Moshe Koppel and Eugene Kontorovich
About the authors


Moshe Koppel is a member of the department of computer science at Bar-Ilan University and chairman of the Kohelet Policy Forum in Jerusalem. His book, Judaism Straight Up: Why Real Religion Endures, has just been released by Maggid Books.

We are grateful to all four respondents to our essay in Mosaic on Israel’s nation-state law. Since each of them addresses a different aspect of the issue, we’ll reply individually in the order in which they were published.

We are sympathetic to the point made by Haviv Rettig Gur that ambiguity in state policy is often a virtue. Such ambiguity can allow delicate issues to be elegantly skirted, render subtle but useful inconsistencies palatable, and leave room for gradual adaptation to changing circumstances. We take issue, however, with Gur’s further claim that the nation-state law makes explicit some previously—and healthily—unspoken understanding, and thereby undermines it.

In fact, nothing could possibly be more explicit and more universally understood than the simple fact that Israel is the nation-state of the Jewish people. This fact is manifest in precisely the ways enumerated in the law, which merely gives special legal standing to that understanding; it reveals no secrets. Furthermore, to the degree that significant forces exist that are seeking to change Israel’s status as a Jewish nation-state, the failure to anchor this status in law has been a luxury that Israel can no longer afford.

We also wish to take issue with one of Gur’s underlying assumptions with regard to the Druze—whose objections to the nation-state law, based on its omission of any special mention of their contribution to the state, are quite separate from the protests raised by those seeking to change the law or jettison it altogether.

Westerners tend to underestimate the extent to which relations among ethnic groups are determined by political expedience rather than by sentiment. The Druze, in particular, are loyal to the countries in which they live as a matter of ideology and policy and not, as the spokesman cited by Gur would have us believe, because in Israel’s case they identify with survivors of persecution. The Druze who live on the Syrian side of the border fence in the Golan Heights, only yards away from their cousins on the Israeli side, are loyal to Syria, presumably not for sentimental reasons.

Thus, the barely disguised fear among some Israelis that, if we don’t patronize the Druze, they will lose face and turn against us is itself insulting to the Druze. They are not liable to act petulantly against their own interests and ours if we don’t condescend to them with pats on the back. They deserve to be respected, and given their fair share of Israel’s collective resources, not to be appeased with flowery language specifically designed to paper over Israel’s Jewish character.

We do agree that, had Druze representatives raised specific concerns about the language of the law during the lengthy process of its consideration, such concerns would have deserved a thorough and fair hearing. To the extent possible, their views should then have been reflected in the final text, which itself incorporates multiple compromises and revisions from earlier versions made in response to concerns raised by various groups.

But that is not the case here. Instead, Druze MKs Hamed Amar and Ayoub Kara both co-sponsored the original bill in the Knesset, and at no time during the ensuing eight-year process did any Druze representative ever ask for any modifications to the text. The demonstrations that followed the law’s passage were not presaged by any prior political activity that had been ignored or suppressed; there was none.

Jeremy Rabkin very helpfully underscores the overwhelming prevalence of collective-identity provisions in constitutions around the world, including in countries with significant minorities that do not share the majority’s particular identity. These provisions are uniformly uncontroversial.

Indeed, when considering whether Israel’s nation-state law is at all remarkable, one must keep in mind not just the context of the numerous European states with similar provisions, but also the vast number of countries that specifically make Catholicism, Protestantism, Islam, or Buddhism the official state religion. Such laws are more significant in practice since they typically entail some preferential or exclusive government support for the favored sect.

In this connection, it is notable that, despite the many such precedents in other countries, the nation-state law does not give official status to Israel’s majority religion. One might think that Israel would receive some approbation for this remarkable fact; but it seems that this is not to be. Perhaps the clearest proof of the need for Israel to proclaim itself the Jewish nation-state in constitutional arrangements is that its announcement has provoked so much evident discomfort around the world. Has anyone ever suggested that Denmark or Greece can only be Christian states if they refrain from calling themselves Christian states?

Peter Kagan convincingly shows that no serious discussion of Israeli constitutional law is possible without first honestly acknowledging that the Supreme Court is the most significant player, both the author of the rulebook and the referee. Even as the Court claims to be defending the “rule of law,” the content of that law is largely created by the Court itself as it goes along. Far more powerful than any other part of government, it can not only veto Knesset decisions but also single-handedly require the government to take specific actions. One recent example is the number of Supreme Court decisions forcing the government to admit foreign nationals into Israel’s borders.

The Nation-State law was designed to be a very mild check on the Court’s unbridled discretion in certain matters. Precisely for this reason, as Kagan notes, it may impel the Court to step out from behind the curtain and admit it has effectively been the wizard ruling Oz all along.

We’ll find out in January, when the Court hears arguments as to whether the nation-state law, Israel’s new constitutional provision, is constitutional. Simply asserting the authority to make such a decision, even if the justices ultimately uphold the measure, places the Court as supreme even over constitutional measures themselves. If the justices do assert such authority, it will mean that there is no law above them—that the Supreme Court is supreme not just over other courts but over the Israeli people and their elected representatives.

Finally, there is the response by Einat Wilf and Shany Mor, which, we confess, leaves us perplexed. They write that they have no objection to the content or the language of the law. But then, as if they can’t help themselves, they cry: what about The Occupation?! Wilf and Mor are strong supporters of Israel, but in making this move they borrow a page from those of Israel’s enemies who blame everything from global warming to the Syrian civil war on Israel’s administration of the West Bank.

We are baffled by the connection. Does, perhaps, the nation-state law have some legal bearing on the affairs of the West Bank? No. For better or worse, this law, like all Israeli laws, does not in itself apply in the West Bank. Does the law somehow make it less likely that Israel will ever be able to reach a final-status agreement regarding those territories? If anything, the contrary is true. When Prime Minister Netanyahu demanded that the Palestinians recognize Israel as a Jewish nation-state as part of a final-status agreement, the Palestinians responded—insincerely, but set that aside—that as far as they were concerned, Israel should define itself.

So far as we can make out, then, Wilf and Mor’s argument boils down to this: some of the people who passed this law disagree with Wilf and Mor on a largely orthogonal matter and are therefore bad people, unworthy of legislating at all on important matters. Specifically, since the present governing coalition is skeptical of the possibility of a peace agreement, its every move—even one, like the nation-state law, that is “generally acceptable and reflect[ive of] the broad consensus of Israel’s Jewish Zionist majority”—must be resisted.

While this kind of ideological purism has lately become commonplace, we do not regard it as helpful.

The Criticisms of Israel's Nation-State Law Are Very Strange
1. Essay

Here's Why So Many Are Outraged by Israel's Nation-State Law