Doing so would be profoundly dangerous. 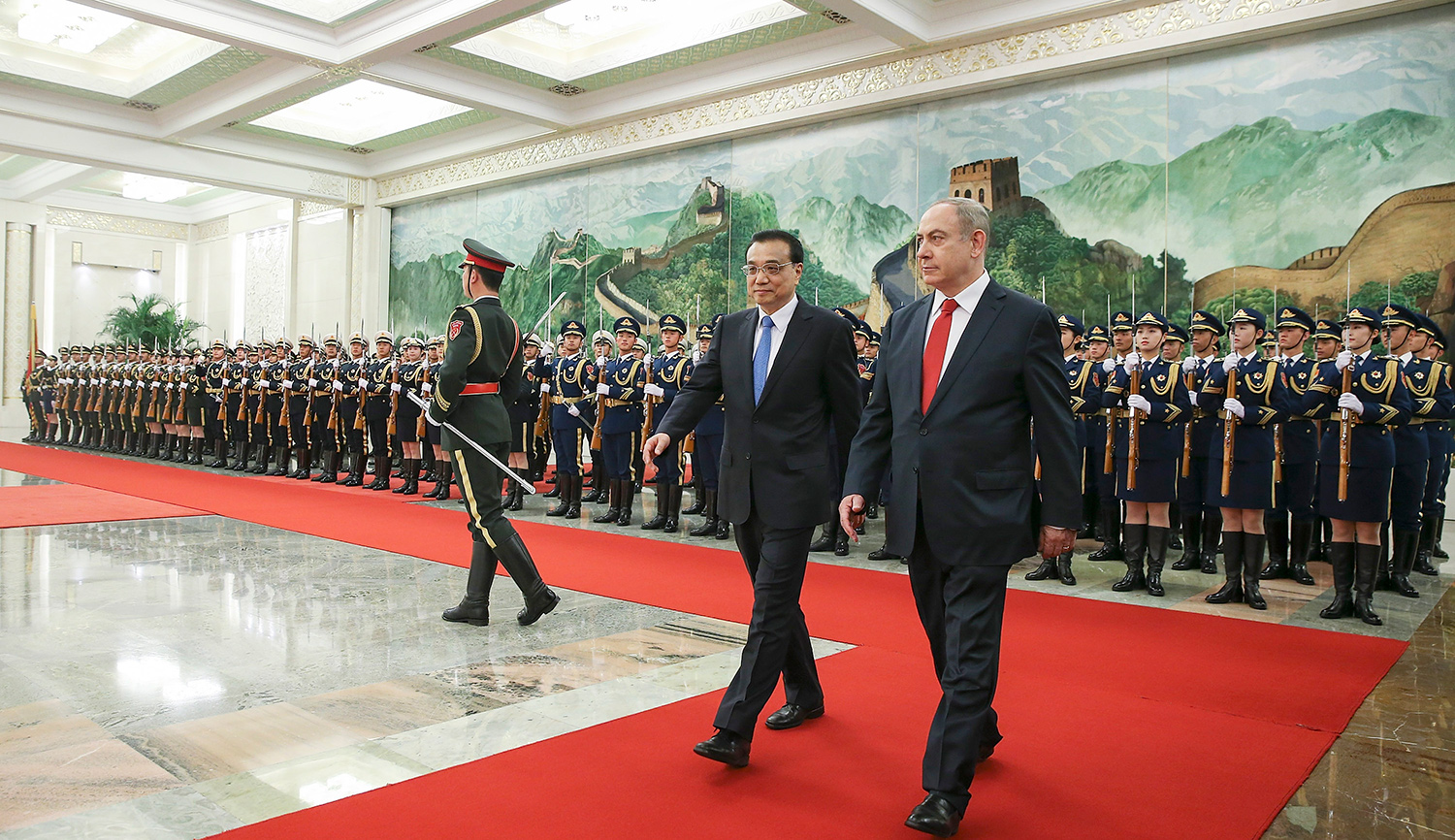 As Arthur Herman rightly and very usefully points out in his essay in Mosaic, Israel’s growing relationship with China presents wonderful economic opportunities and serious political threats. I’m grateful to him for referring to a brief paper on the subject that I wrote earlier this year; his own analysis is far more detailed.

Among the more significant of Herman’s details is that Israel has entered into contracts to permit Chinese firms to construct a new harbor in the port of Ashdod, and also to operate the port of Haifa, the country’s largest. At Haifa, moreover, the Chinese role will be far more expansive than at Ashdod, and may—as Herman points out—endanger Israel’s military cooperation with the United States. He cites the anxieties on this subject being voiced by some former Israeli military officers. To these may be added the recent remarks of Admiral Gary Roughead, a former U.S. chief of naval operations:

The Chinese port operators will be able to monitor closely U.S. ship movements, be aware of maintenance activity, and could have access to equipment moving to and from repair sites and [could] interact freely with our crews over protracted periods. Significantly, the information systems and new infrastructure integral to the ports and the likelihood of information and electronic surveillance systems jeopardize U.S. information and cybersecurity. These factors might not preclude brief port visits [by U.S. Navy ships], but it would preclude homeporting and other protracted projects and initiatives.

In other words, the Chinese operation of Haifa port (for 25 years) will significantly diminish the appetite of the U.S. Navy for berthing its ships there, with all the benefits this longstanding practice has brought to Israel. Those benefits include not only closer cooperation between the U.S. and Israeli navies but everything else that Israel gains when thousands or tens of thousands of American sailors land, spend money there, and become acquainted with the country as first-time tourists.

Herman is also right to emphasize the sensitivity involved in the transfer of Israeli high tech to China, which is now America’s greatest adversary. Yes, military items are off-limits, as the Chinese well know, but dual-use items are not, and they can make significant contributions to Chinese military prowess. No one should entertain illusions that the Chinese “private sector” is separate from the regime and its armed forces. For Xi Jinping and other Communist-party leaders, the “private sector” exists to serve the party and the state—and the People’s Liberation Army (PLA).

As a National Security Council official in the George W. Bush administration, I lived through the 2004 “Harpy” incident, described by Herman, in which the U.S. prevented Israel’s sale to China of drone components that in the American view represented a threat to our ally Taiwan and potentially to our own forces. Though we were successful in keeping the incident off the front pages, it was a deeply unpleasant experience for both sides. Today, it is one thing for Chinese companies to buy Ahava and its lotions, or Tnuva and its dairy products, but quite another to see General Chen Bingde, the PLA’s chief of staff, visiting Israel. That should simply never happen, and I hope the Trump administration says so very clearly.

In one sense, Herman may exaggerate the uniqueness of Israel’s relationship specifically with China. That relationship does not stand alone or apart from a larger effort by Israel to defeat the global boycott movement by extending its foreign trade well beyond the European Union, today’s top trading partner. While trade with China has grown fast, reaching as Herman notes about $11 billion a year, trade with India has risen remarkably as well and now stands at $5-6 billion annually.

Israel is thus trying to establish economic relations with the two most populous nations in the world, and it is right to do so. No doubt it will soon also try to grow the relationship with Brazil, the largest country in Latin America, whose new president-elect has already indicated his intention to move his embassy to Jerusalem.

In this connection, however, Herman again overstates in writing that Israel’s relations with China are now “one of the most remarkable economic and political partnerships of the last two decades.” To be precise, there is no political partnership with Beijing. Herman himself makes that point elsewhere in noting that Israel’s greatly increased trade with China “hasn’t led to any significant change in Beijing’s lockstep hostility to Israel’s management of the Palestinian issue,” adding parenthetically: “With India, Israel has had greater success.”

Indeed. While its voting pattern in the UN still leaves much to be desired, India is no longer a knee-jerk anti-Israel voter like China. In the General Assembly last June, for example, India voted for or abstained on several U.S.-sponsored amendments to anti-Israel resolutions. India is simply a more promising potential friend than China, in that it is a democracy that has cooperative and friendly relations with the United States. No one is expecting to see Xi Jinping in Jerusalem, but Indian Prime Minister Modi has already visited there.

In sum, I find it natural that Israel should want to increase trade and investment deals with the world’s most populous country. But Herman is quite right to warn of all the inescapable dangers that such an economic relationship can bring. What is especially worrying, Israel appears manifestly unready to cope with those dangers.

The decisions to allow Chinese firms into Israeli ports were apparently made without a process of review that would have and should have included the IDF and Israel’s National Security Council. Israel also lacks an institution like the Committee on Foreign Investment in the United States (CFIUS). The dozen agencies represented on that committee include the Departments of State, Treasury, Commerce, Homeland Security, and Defense as well as the Director of National Intelligence. Israel’s commerce with China is already far beyond the level requiring a similarly institutionalized method of subjecting all proposed Chinese and other foreign-investment deals to careful national-security review.

Arthur Herman’s basic points are powerful: Israel is part of the free world and is in the American orbit. The United States is its key security partner, and gives it over $3 billion a year for its defense. The hope entertained by some Western observers that economic progress would lead to political reform in China has already been dramatically disproved. Although I do not foresee a “political partnership” between Israel and China, for Israel ever to permit its economic relationship with China to threaten its political and security relationship with the United States would be profoundly foolish—and profoundly dangerous.

Eli Spitzer
November
Israel and China Take a Leap Forward—but to Where?
2. Response

Israel and China Take a Leap Forward—but to Where?
3. Response

Israel Is Playing on the Global Stage Now, and Its Strategists Need to Act Like It