Israel Is a Tech Superpower, and America Needs It on Its Side

The number of AI and cybersecurity startups in Israel makes up close to 20 percent of the world’s total, likely eclipsing China and second only to the United States. 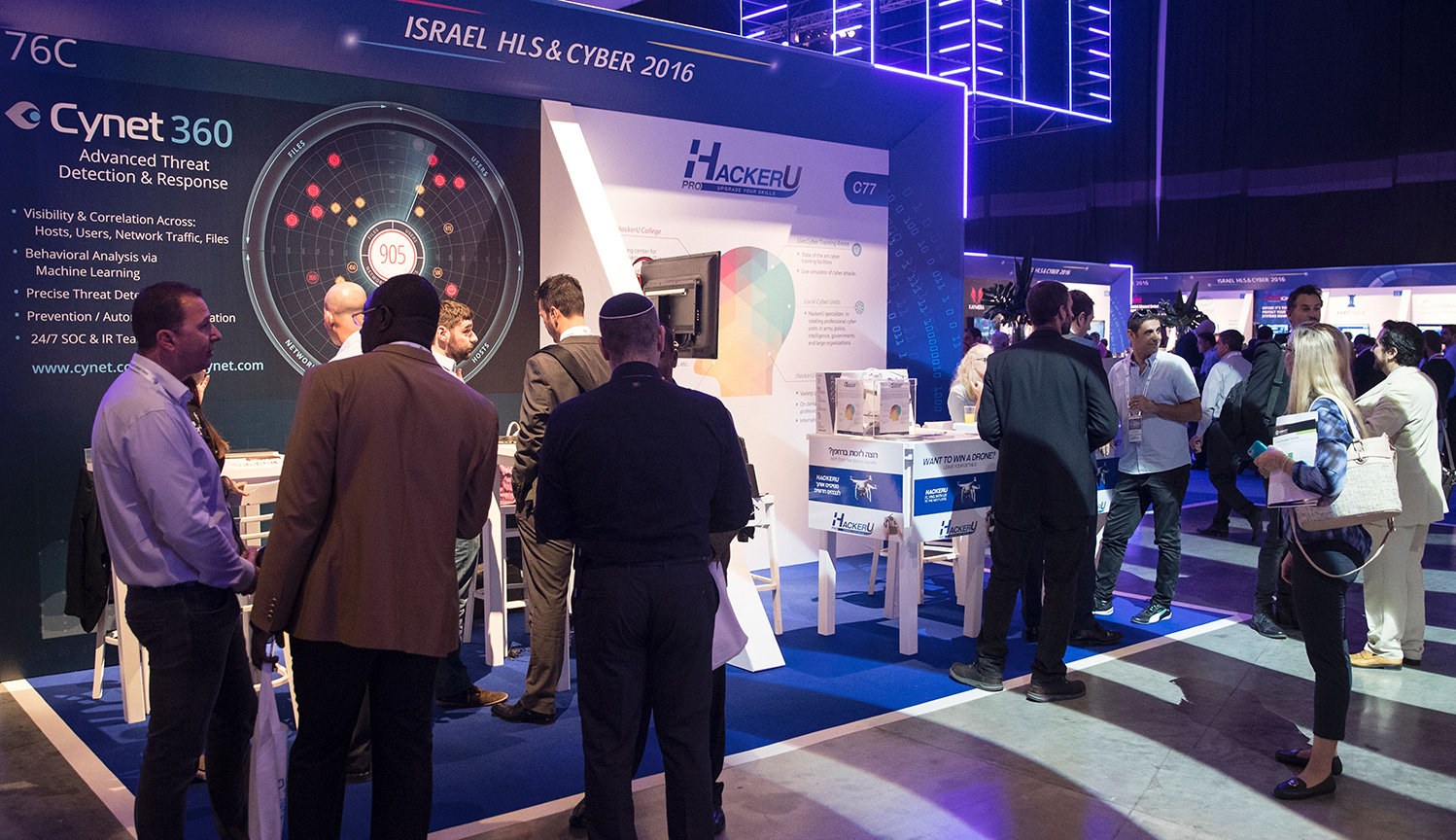 Attendees at a conference on cybersecurity in Tel Aviv on November 15, 2016. JACK GUEZ/AFP via Getty Images.

Response
John Hannah and Annie Fixler
About the authors


John Hannah is senior counselor at Foundation for Defense of Democracies.

Annie Fixler is the deputy director of the Center on Cyber and Technology Innovation at the Foundation for Defense of Democracies.

We find ourselves in strong agreement with the two central contentions of Arthur Herman’s valuable new essay in Mosaic, “The Impasse Obstructing U.S.-Israel Relations, and How to Remedy It.” First, China’s growing penetration of Israel’s economy over the past decade, particularly in the high-tech sector, poses real risks to the U.S.-Israel relationship if left unattended. But second, if addressed in a spirit worthy of the profound alliance that has bound these two great liberal democracies together for decades, the China challenge should serve instead as a major opportunity to propel the strategic partnership to new heights.

Indeed, that’s precisely the case that one of us, John Hannah, made in an article earlier this year:

Working together in close consultation, with the protection and strengthening of the alliance uppermost in their minds, [U.S. and Israeli policymakers] should make sure that China becomes the catalyst for the next major leap forward in the U.S.-Israel relationship rather than a dangerous source of division.

Herman is also spot-on in identifying the struggle for technological primacy as the central arena that will shape the geopolitics of the 21st century, in particular the escalating strategic rivalry between, on the one hand, the United States and other free societies, and, on the other hand, China, Russia, and the camp of anti-American authoritarians.

Speaking about artificial intelligence (AI), one expert recently wrote in the New York Times that “The arrival of superhuman machine intelligence will be the biggest event in human history.” He’s hardly alone in believing that the stakes of the coming technological revolution will be nothing short of world-transformative, including in the area of defense and national security. No lesser an authority than the chief scientist at the U.S. Army Research Laboratory told an audience last May that the scale of the upheaval will “really change the balance of civilization.”

For the United States, it’s imperative that the balance end up favoring the West and freedom. Any national strategy to compete in and win the struggle for technological dominance must include a concerted effort to leverage fully one of America’s greatest assets: the diverse group of advanced industrial democracies that are its closest allies.

And once more Herman hits the mark in suggesting that Israel almost certainly leads the pack when it comes to capabilities in the key technologies that will determine the future correlation of forces between free and non-free states, especially with regard to their national-security applications. With perhaps the exception of the United Kingdom in the area of cyber, where there’s arguably a rough parity with Israel, a strong argument can be made that, going forward, Israel will be America’s most valuable partner in ensuring that the West maintains its historical edge in game-changing technologies, including on the battlefield.

Some of the supporting statistics are quite staggering. With just one-tenth of 1 percent of the world’s population, Israel’s share of global investment in cyber security is approaching the 20-percent mark. As for AI, a leading Israeli scientist with close connections to the government recently shared data with one of us showing that the number of AI startups in Israel again makes up close to 20 percent of the world’s total, likely eclipsing China and second only to the United States.

In other words, Israel is today a technological superpower of the first order, one with a particularly strong aptitude in defense innovation. America has a deep interest in making sure it is able to exploit fully those extraordinary capabilities—and that China can’t. One way to go about that task is for diplomats to ring the alarm bells about Beijing’s growing role in critical sectors of Israel’s own economy, and about the risks this poses to the U.S.-Israel strategic relationship. That’s largely what 2019 has been about as one senior U.S. official after another has trekked to Jerusalem to air Washington’s concerns.

Not surprisingly, in light of the centrality of the United States to its national-security doctrine, Israel is responding accordingly. In in-depth discussions, it has offered concrete reassurances that steps are indeed being taken to mitigate the risks posed by China. As Herman notes, a new inter-agency committee has just been established to evaluate the national-security implications of certain foreign investments in Israel. As we wrote upon its creation, this committee, while far from perfect, marks an important first step. Also noteworthy: unlike many of America’s most important NATO allies, Israel has unequivocally committed itself in private not to allow Huawei or any other Chinese telecom company to play a role in its 5G network—one of Washington’s highest-priority requests.

But while necessary, simply demanding that Israeli high-tech firms severely circumscribe their business with the world’s second largest economy cannot make up the entirety of U.S. policy. Washington should be sensitive to the fact that for a small and vulnerable country like Israel, the potential economic and diplomatic costs of alienating the world’s most populous country is no trivial matter. Nor does keeping China out, on its own, help ensure that the United States will be positioned to take full advantage of Israel’s scientific and technological prowess for its own benefit.

That’s where Herman’s important recommendation for a U.S.-Israel Defense Trade Cooperation Treaty, or DTCT, comes into play. While we lack the specific expertise properly to evaluate the merits of a DTCT, the logic behind it offered by Herman is exactly right. Don’t just warn Israeli companies about the dire consequences of getting into bed with China; instead, incentivize them as well by offering dramatically expanded opportunities for defense and high-tech business with the United States. In doing so, Washington can simultaneously create the institutional mechanisms needed to maximize its own ability to have access to Israel’s high-tech power.

Whether a DTCT is the optimal means of achieving those goals is worthy of serious analysis. In the same spirit as Herman, Brad Bowman and Andrew Gabel, our colleagues at the Foundation for Defense of Democracies, have argued the need for a concerted program that would systematically bring together the U.S. and Israeli militaries, as well as their respective defense and high-tech industries, in joint efforts to solve shared technological challenges and military requirements.

While Herman rightly notes some of the impressive research-and-development successes achieved through U.S.-Israel cooperation, especially on missile defense, these efforts have tended to be ad-hoc and episodic in nature, and largely intended to address the operational needs of Israel rather than those of the United States as well. There no doubt remains enormous room for growth to exploit existing synergies and comparative advantages in ways that would significantly redound to the future security and prosperity of both countries.

For our part, we remain firm optimists about the ability of the United States and Israel to surmount the current incarnation of the China challenge. That’s certainly the lesson of the Phalcon and Harpy incidents that Herman recounts in his essay.

Each of those potentially major crises surrounding China was not only overcome but was followed in short order by a dramatic deepening of the strategic alliance. In a matter of a few years, Washington and Jerusalem were collaborating on extremely sensitive and technologically advanced covert operations to derail the Iranian nuclear program. They signed their largest defense-support agreement ever. And Israel became the first foreign recipient of the F-35, the most technologically advanced aircraft in history.

Despite the lingering biases, suspicions, and occasional disagreements that rightly concern Herman, the overwhelming alignment of vital national interests has consistently driven the U.S.-Israel alliance forward. That’s a track record very much worth preserving. Arthur Herman’s important essay helps shows the way for ensuring that it will be.

Samuel Goldman
December
The Impasse Obstructing U.S.-Israel Relations, and How to Remedy It
4. Response

Israel Is a Tech Superpower, and America Needs It on Its Side
1. Essay

Israel Shouldn't Draw Fixed Lines Between Itself and China
3. Response

How to Reframe the American-Israeli Alliance in a New Age of Great-Power Competition
5. Response