This is a response to Israel’s Deep State Is Undemocratic, Unaccountable, and Completely Indispensable, originally published in Mosaic in September 2020 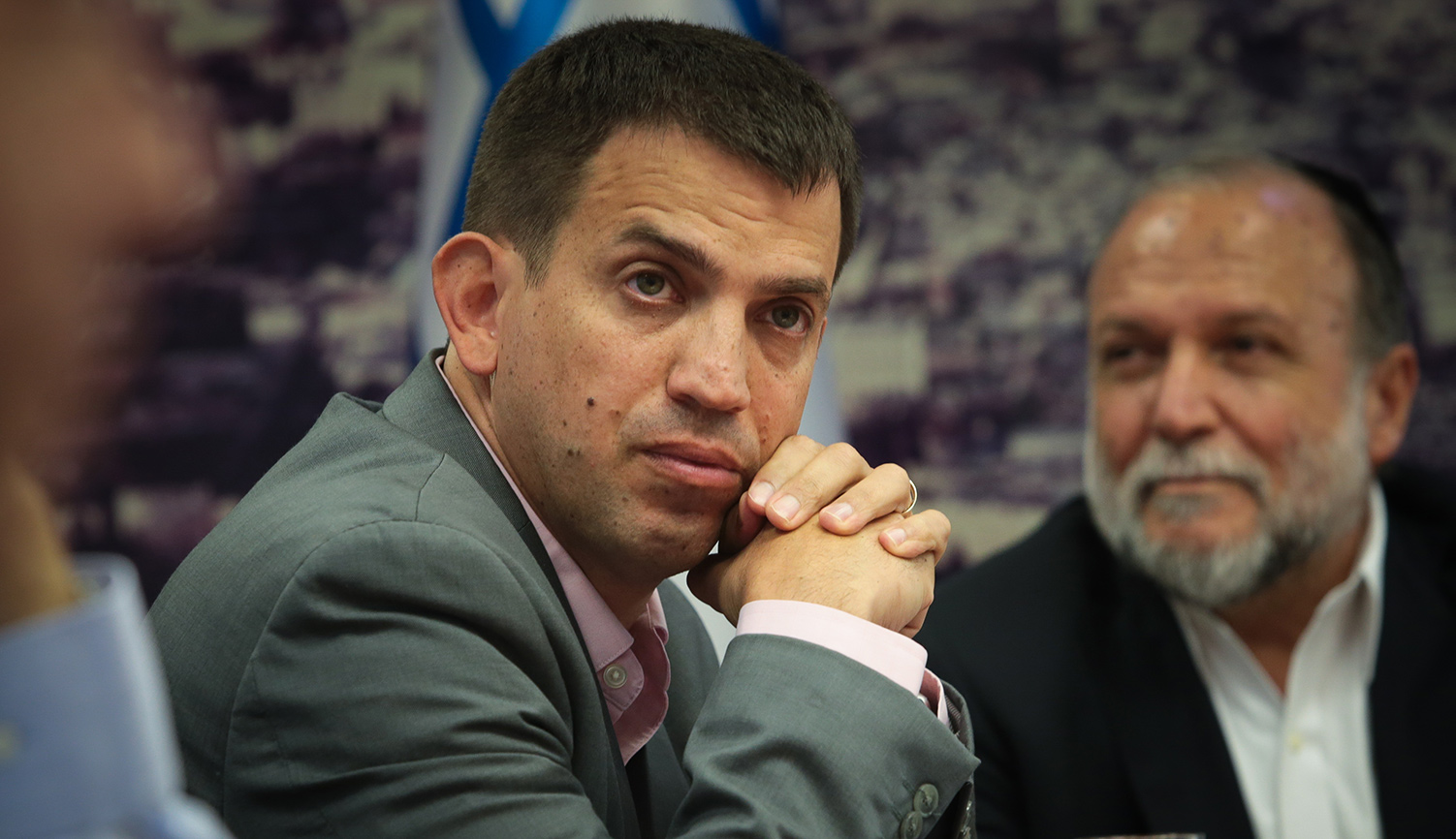 The American reader of Haviv Gur’s gripping essay will be impressed by the foresight of the Israeli government’s dogged adherence to budget discipline in recent decades. That, in tandem with the strong growth of the private economy, had reduced its public debt to less than 60 percent of GDP when the Covid-19 pandemic struck.

The purpose of maintaining low levels of public debt, one should say, is not to mollify treasury accountants: it is to be prepared to borrow heavily against big national emergencies or bad economic times, which were powerfully combined in the pandemic and the measures to contain it. Public debt of 60 percent of the GDP is too high by my lights, but the 100-150 percent levels of the 1990s would have left Israel in extremely grim circumstances.

America, by contrast, has unique borrowing capacity, but our national debt, measured properly, was way more than 100 percent of GDP last spring. It is now much higher and heading even higher still, leaving the U.S. with serious political and economic vulnerabilities that no one in our political class has the slightest idea what to do about.

The American reader who has served in our Office of Management and Budget, as I have, will also be impressed by the ingenuity of Israel’s Budgets Department in enforcing spending restraint. Like Budgets’ Sayeret Matkal gatekeepers, OMB’s Delta Force bean-counters have a fabled internal culture and highly developed doctrines, strategies, and tactics; the two units no doubt share intelligence on methods of close-quarters spending combat.

But the U.S. Congress has outmaneuvered our budget bureaucrats in a way the Knesset has not, through a process more gradual and insensible than the noisy clash between Prime Minister Netanyahu and Shaul Meridor. It has exempted increasing shares of federal spending from appropriations and budget controls; “entitlements” such as Social Security and Medicare now account for two-thirds of official spending. Concurrently, Congress and a succession of presidents have reduced federal taxation and excused nearly half of Americans from paying the income tax. Since the 1970s, federal spending has been financed by large and growing deficits in good times and bad, as a matter of settled routine. The rough American equivalent of Israel’s Budgets Department, our OMB, has policed a shrinking share of federal spending and been sidelined as an agency of fiscal discipline.

Why the United States abandoned fiscal discipline, during a period when Israel was discovering it, must be more than a matter of size and wealth and borrowing power—for those differences have always been there, and indeed Israel’s economic strength and therefore borrowing capacity have increased substantially in recent decades. The reason, I believe, is the centrality of essential government services to Israeli life. The Jewish state has existed in a state of constant, exigent military peril, has faced unique demands for investments in public infrastructure, and has insisted on serious investments in human capital—schooling and higher education and research.

As I interpret Gur, the need for a modicum of self-control reared its head in the late 1970s and early 1980s—a time of economic turmoil, hyperinflation, and political transformation, when memories of existential wars and horrendous terrorist attacks were still fresh. Stanley Fischer’s account of “Herb’s Ten Points” for pain-before-gain financial reform gives us a peak at Israeli public opinion in 1985. Herb Stein, a good friend of mine, was a firm fiscal hawk by American standards. But his secret plan for Israeli “fiscal consolidation” (debt reduction), when leaked to the press, was singled out as inadequate to the moment.

It seems to me that today Israel’s socialist heritage is embodied primarily in direct government works, such as those I have mentioned, that economists call “public goods.” Even so, the Israeli welfare state—spending on pensions, medical care, poor relief, and other benefits to individuals—is still a relatively much smaller share of government expenditure than in the United States. U.S. federal spending has been dominated by benefits to individuals for decades now—accounting for more than two-thirds of non-interest spending since 1994 and more than three-quarters since 2014. The shrinking remainder is for public goods such as national defense, infrastructure, basic research, and courts and law enforcement. That spending mix, along with sustained tax reduction, have generated an insidious political dynamic: the public expects, and politicians deliver, considerably more in personal benefit payments than in tax obligations to fund the payments, the future be damned.

The dynamic is different where government spending is mainly on public goods that are (mostly) for the undifferentiated benefit of all. The more so where the urgency of those goods is widely understood. The Israeli “ideals of solidarity, egalitarianism, frugality, and sacrifice,” as Gur lists them, may not be what they were in the days of “socialist poverty.” But they seem, for the time being, sufficient for a political culture that takes public works seriously and supports the machinations of budget mandarins to sustain them.

Although the title of Gur’s essay tags the Israeli bureaucracy as “undemocratic” and “unaccountable,” in fact he tells a more nuanced, and I think truer, story. In modern, affluent, highly networked democracies, public opinion and organized constituency groups exert continuous pressure on governments between elections. Bureaucracies—organized, mission-driven hierarchies—can sometimes navigate those pressures better than legislatures, beset as they are in the best of times by internal conflicts, shifting coalitions, and incessant posturing. Bureaucrats, too, can be agents of public accountability. The politicians who make extravagant campaign promises, secure in the knowledge that the Budgets Department will never let them be kept, are counting on it.

But the example of central budget control stacks the deck in favor of the bureaucratic elites. The “deep state,” both in Israel and the United States, is mainly characterized by innumerable special-purpose ministries, agencies and authorities, and boards and bureaus that the legislature has commissioned precisely to obscure political accountability. Most of these agencies carry flags that the general public is happy to salute—environmental quality, consumer protection, animal welfare. Their nitty-gritty decisions, however, often incline to narrow interest-groups, or go to extremes, in ways that a majority of the electorate, and of the legislature, would oppose. That many of the agencies are endowed with regulatory powers to command private resources, free of budget and other financial controls, increases their political autonomy.

All such agencies, not just Budgets and OMB, develop strong internal cultures aimed at promoting their missions in the face of external pressures and threats. This can be both undemocratic and counterproductive. In the years before 2008, several obscure U.S. housing finance agencies, populated by highly trained professionals in well-tailored suits, engineered a massive relaxation of mortgage lending standards and proliferated novel mortgage derivatives throughout U.S. and foreign security markets. Their mission was to promote more widespread homeownership; they had elegant models that demonstrated the soundness of their actions; and they allocated many hundreds of billions of dollars that Congress never would have appropriated for their cause. That, we now know, was the genesis of the 2008 financial collapse.

Bureaucracies are a necessary feature of modern government and some have accomplished great deeds. But I would say that “indispensable,” the third adjective in Gur’s headline, is better suited to the legislature. The representative assembly was, along with the independent judiciary, the essential innovation in the rise of representative government against the arbitrary power of kings and despots and the royal bureaucracies of old—and then, with the expansion of the franchise, in the rise of national democracy. Modern culture and technology have undermined legislative authority throughout the advanced Western democracies. But no one has yet conceived a better device for aggregating the full range of a nation’s various interests and values, mediating its conflicts, and conferring popular legitimacy on government action.

Bureaucratic government is a necessary stopgap when the legislature is in irons but is certainly not a long-run solution. The increasing delegation of lawmaking to single-issue agencies is indeed a symptom of parliamentary decline, and a cause of legislative insouciance and popular disenchantment with government. Gur recognizes this. I’m afraid there is no substitute for reforming our electoral systems and legislative structures so as to facilitate the formation of effective governing coalitions. This task is, of course, particularly urgent in Israel—perhaps awaiting public insistence on serious measures for government discipline, as in the 1980s.

In the meantime, I recommend that journalists, academics, and citizens cultivate a fuller appreciation for the work of elected representatives within the institutions we have. That is not to gainsay the importance of vigorous criticism and vigilant readiness to throw the bums out. But the political craft—translating popular sentiments into policy and surviving for another round—is a hard and undignified business, fraught with uncertainties and tirades, pratfalls and reversals. It is at once exasperating in the moment and indispensable to the stability of our societies.

And to energetic response to crisis. Going just on Gur’s account, Shaul Meridor’s opposition to Prime Minister Netanyahu’s budget-busting spending plans, for reasons of “decision-making process,” “lack of binding frameworks,” and the like, seems to me a choice example of putting bureaucratic prerogative ahead of political problem-solving. Those years of fiscal discipline were not for their own sake but for larger economic purposes, including keeping the credit powder dry for big emergencies requiring immediate deficit spending. Such decisions will necessarily be made on an emergency basis in real time, without pausing over Numerator projections that didn’t see the emergency coming. The resulting legacy of debt will give the Budgets Department plenty of honorable work to do when normal times return.

In the same vein, count me as highly skeptical that the arrival of a new unity government in May caused or exacerbated Israel’s second wave of COVID-19 infections and its economic damage. The pandemic has showcased many impressive public health officials, such as Moshe Bar Siman-Tov in Israel and Anthony Fauci and Deborah Birx in the United States, and thank heaven for them. But the novel coronavirus’s high infectiousness, asymptomatic transmission, and selective lethality, along with many other subtle characteristics, have presented an unprecedented (in their gravity) sequence of medical mysteries and policy conundrums. The most accomplished specialists in infectious disease and related fields have disagreed strongly on the efficacy of lockdowns, school closures, testing and treatment protocols, and even face masks, with many shifts and reversals in expert consensus over time and from place to place.

The learning process has been terribly painful, and partisans, ideologues, and many average citizens have been quick to pin the blame on whoever was in charge at the worst moments. But one thing we should have learned is modesty about the extent of our knowledge and mastery of events. Throughout the pandemic, we have heard many confident explanations of what we were doing wrong and should be doing instead, buttressed by comparisons with the record of other jurisdictions and strategies at the moment. Time and again, these brilliant demonstrations have been rebutted by the experience of the next few months.

The calls for politicians to stand down and defer to the experts fit this pattern. There has been wide variation among nations and among the American states in the locus of decision-making, with elected politicians dominating in some jurisdictions and public-health officials in others. But there is no discernible relationship to the choice of response measures or their public-health and economic consequences. It is not even true that politicians have been eager to open up and public-health experts to close down—in America, the most draconian lockdowns were the work of governors and mayors. We have all been navigating murderous, uncharted territory, and the distinctive skills of both politicians and experts have been indispensable.