Herzl Was the New Jew

From the soil of tsarist autocracy, no Jewish political leaders could grow. Herzl, by contrast, exuded the spirit of modern, fin-de-siècle Europe. 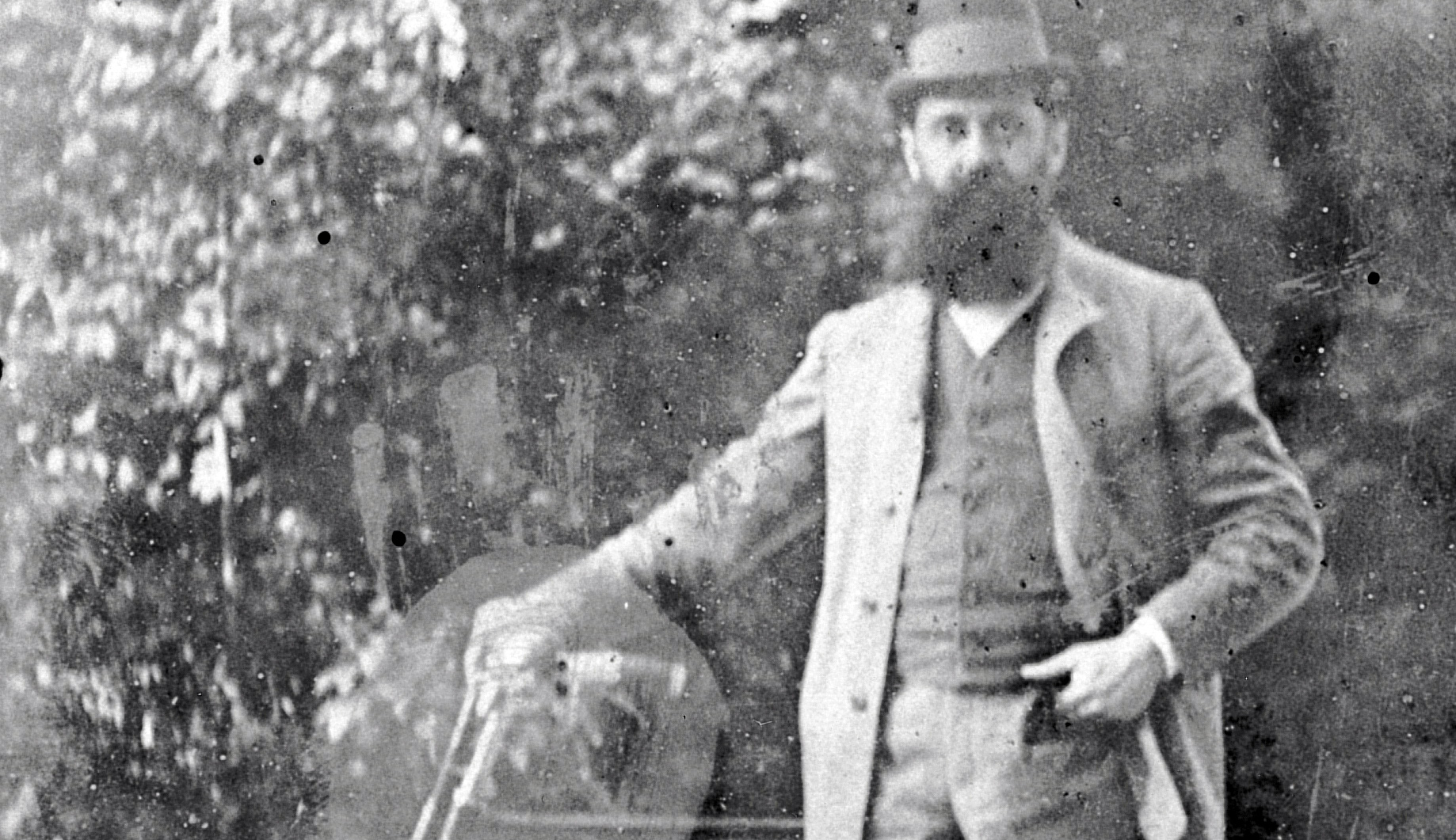 Response
Anita Shapira
About the author


Anita Shapira is professor emerita of Jewish history at Tel Aviv University and the former head of its Weizmann Institute for the Study of Zionism and Israel.

“Do you read Jewish newspapers, and did you notice the ‘original plan’ of someone, a Viennese journalist, who invented a new solution to the Jewish problem: establishing a Jewish state in Syria,” wrote Ḥayyim Hissin on July 23, 1896, to his friend Jacob Shertok, his pen dripping with irony. Hissin and Shertok were among the pioneers of the First Aliyah, who settled in Ottoman Palestine in the early 1880s; the latter was the father of Israel’s second prime minister, Moshe Sharrett. “Strange,” Hissin continued, “we say again and again the same thing, then suddenly somebody shouts it out very loudly and everyone think that they heard a completely new idea.”

Of course, as readers of Rick Richman’s essay will know, the “Viennese journalist” was Theodor Herzl, who—now as in Hissin’s day—is seen as the “the visionary of the Jewish state.” But Herzl’s idea of a Jewish state was not new. Leon Pinsker, a physician from Odessa, had written a more eloquent manifesto, Auto-emancipation—published in 1882, thirteen years before Herzl began writing The Jewish State—and pioneers like Hissin and Shertok had already established agricultural settlements in Palestine. Indeed, Zionism was a lucky movement: more than once it lost momentum and seemed on the verge of evaporating, and then something or someone appeared and brought it back to life. But Hissin did understand that Herzl was the person who could reanimate Zionism after a decade of oblivion.

History chose an unpredictable hero. Who would have thought that Theodor Herzl, an assimilated Jew far from Jewish tradition, a journalist at home on Paris boulevards and in Vienna cafes, would suddenly devote ten years of his life to the resurrection of a people he hardly knew, and sacrifice his career, his family life, and even his personal finances for an idea that his social circle, and most of his contemporaries, thought to be an illusion? This is what Richman has rightly identified as the mystery of Theodor Herzl. Reading Herzl’s diaries, one has the feeling that he went through a transformation, a revelation, as if he heard a divine voice, making him a man of destiny. But the reasons for Herzl’s success need not remain entirely mysterious.

A traditional Jewish proverb states that “a prisoner cannot free himself from captivity.” That is, only a free man can bring freedom to captives. Thus the Zionist movement, which had begun in Eastern Europe—where its popular base would remain—needed the acculturated, Western Herzl. From the soil of tsarist autocracy, no Jewish political leaders could grow. Herzl, by contrast, exuded the spirit of modern, fin-de-siècle Europe. He was a type of Jew that aroused the wonder, respect, and admiration of the simple Jews in the shtetls and towns of Eastern Europe. His appearance brought to mind statues of Assyrian kings. His attire, always elegant and fitting the occasion, was something they seldom saw on their brethren, and if they did meet a Jew like that, they could expect him to turn his back on Jewish concerns.

Even more appealing were Herzl’s exploits. How was it that the doors of Europe’s great men opened for him? Maybe it was his passion, maybe his self-assurance. Neither servile nor aggressive, he spoke like a man who knows his own value and expects others to respect him. This was a new kind of Jew, who appears before monarchs and rulers, tycoons and ministers of state, philo-Semites and anti-Semites, as an equal, as somebody who has something to offer, and expects to be taken seriously.

But Herzl wasn’t the first Jew to feel at home in Western civilization, or even in its halls of power. What distinguished him was that he did so while remaining devoted to his people. Rather than begging for favors, he tried to make deals. To the Ottoman sultan, he offered a way to pay down a massive national debt. To the British authorities—curtailing Jewish mass immigration from Eastern Europe that was accelerating social tensions in London. To the anti-Semitic Russian minister Vyacheslav Plehve—a Jewish exodus that could rid the tsar’s lands of Jewish revolutionaries. Herzl defined the so-called “Jewish problem” in geopolitical terms, and expected the European nations to solve it in a way beneficial to them and to the Jews.

Herzl was also acutely aware that the new strain of Jewish hatred, rooted in ideas about race, would not allow Jews even the refuge of conversion. Observing the alliance of anti-Semitic mobs and demagogues, he understood the dynamics of the new European popular politics and foresaw the growing power of atavistic mass movements, and the danger they posed to the stability of European regimes. Hence, anti-Semitic authorities would be interested in getting rid of the Jews in a civilized manner. Zionism could benefit from the great powers’ desires to solve the “Jewish problem.”

Herzl did not obtain the charter he sought to get from a major European power, preferably Britain, recognizing Jewish rights in Palestine. But he made Zionism, an obscure movement, one of scores of agitating national groups, into a legitimate, internationally known organization, taken seriously on the world stage. A journalist with no prior political experience, he understood the need to create an address, a permanent institution to bestow on him the power to negotiate with the rulers of the world. His appeal to the Jewish masses was a shot in the dark after his failure to convince Jewish tycoons such as Lord Rothschild or Baron Hirsch to support his scheme. But would the masses respond? Would they come to the first congress he organized? They did, and he thus established the permanent parliamentary institutions of the Zionist movement, which would evolve directly into the democratic Jewish state.

Herzl was a media person, in a world that had just learned the importance of the media. Seven years before he was born, the Crimean War became the first military conflict to come to the people at home by telegraph, photography, and newspapers. The Zionist Congress was organized as a media event: thus, it was very important that delegates were dressed in their very best, that the hall where it took place appeared dignified, and that the representatives of leading newspapers crowded the guest balcony. In short, Herzl understood the importance of the photo-op. The news agencies carried reports about the gathering all over the world, and Jewish newspapers picked up the story and brought it to the people, who did not understand politics, but felt that a Jewish king, straight out of the Bible, had come to lead them out of exile. When he stopped in Vilna on his way to meet with Plehve—a visit criticized by much of the Zionist leadership (negotiating with an anti-Semite?!)—the crowd that greeted him at the train station testified that, no matter what his opponents thought, the simple Jews adored him.

The Zionist organization represented all Jews who paid their dues, and members elected representatives. Women were included from the very beginning, long before women got voting rights in the U.S. or Europe. And from the beginning there was tension between religious and non-observant Jews. Herzl passed a resolution that religion is a matter of the individual and not of the organization. At first, most religious Jews opposed Zionism, which they saw as defying the divine dictum to wait for the messiah to lead the people out of exile. Only a small minority among them accepted Zionism, but Herzl welcomed their presence in the congresses.

The tensions that would divide the movement involved such matters as the use of Hebrew as an everyday language and the creation of a modern and secular Hebrew culture. That Herzl thought these issues trivial, and did not realize the significance they had for his followers, demonstrates just how far removed he was from the East European Jewish intellectual world. Herzl himself had envisioned a liberal secular state, and like many of his contemporaries, believed that religion was a dying phenomenon. But his attempt simply to avoid cultural matters aroused opposition, which erupted at the Sixth Congress, when he presented the so-called Uganda proposal. What for Herzl was a great power’s recognition of the new and minuscule movement that he had created out of thin air, for his followers—including, paradoxically the non-observant East European Jews—was a betrayal of the basic idea of Zionism, encapsulated in the term “Zion.” Tradition and modernity, history and reality, a Jewish state, or a state of the Jews, these questions were to stay with us to this very day.

To die young is an advantage to a leader: Herzl, dying suddenly at the age of forty-four, remained young forever in the memory of the nation. The Jewish people mourned him, including those who had criticized him. A young boy in a backwater shtetl wrote to a friend that such a leader who combined the heroism of the Maccabees with the stratagems of David, the beauty of Rabbi Yehudah the Prince, and the courage of Rabbi Akiva would never appear again. The boy’s name was David Gruen, which he later changed to Ben-Gurion. In a way, the photograph of Ben-Gurion reading the Declaration of Independence with the picture of Herzl behind him was a befitting homage to the legend of Herzl.

Herzl Was the New Jew
1. Essay

What Zionism Did for Herzl
3. Response

Why Herzl Succeeded Where Those Before Him Failed
5. Last Word